It’s been 60 years since an incandescent but deeply trouble star burned out at her Los Angeles home. Despite being adored by millions and pursued by some of the most famous men in the world, she died alone. Twenty years before that, she was a lonely teenager, facing homelessness when she agreed to a rushed marriage to Jim Dougherty. He later said: “She just wanted to be a good wife and she wanted to be secure and loved and feel like she belonged to somebody. That was very important to her.” SCROLL DOWN TO LISTEN TO MARILYN AND JIM TALK ABOUT THEIR MARRIAGE

Norma Jeane was the product of a broken home. Her father has never been identified and her mother, Gladys Baker, had a series of failed relationships and a history of mental health problems. Up to the age of seven, the little girl was in and out of Los Angeles foster homes before her mother finally bought a small house in 1933 for them to live together.

Unfortunately, in January 1934, Gladys had a mental breakdown and was diagnosed with paranoid schizophrenia. She was committed to an institution and would not play any significant role in her daughter’s life, spending the rest of her life in and out of hospitals. But Norma Jeane never forgot her and when she became Marilyn she used to send Gladys $250 a month and left her a $100,00 trust fund in her will.

However, back in 1934, the seven-year-old was made a ward of the state, and her mother’s friend, Grace Goddard, took responsibility for her but did not take her in full time. 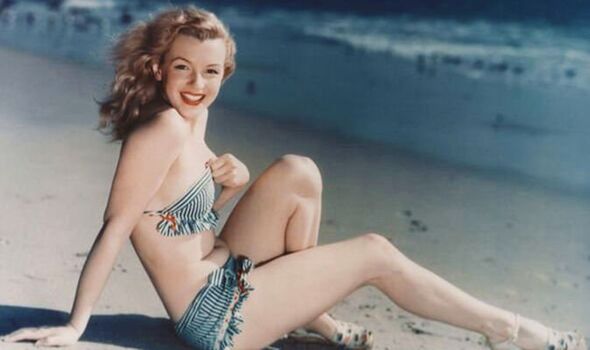 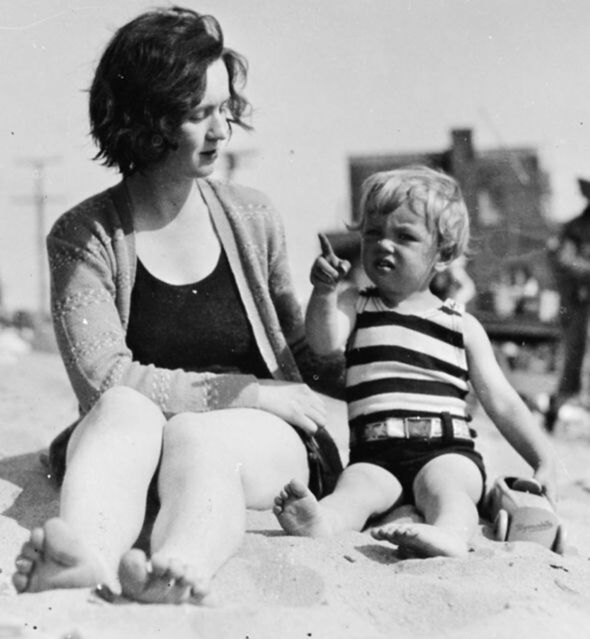 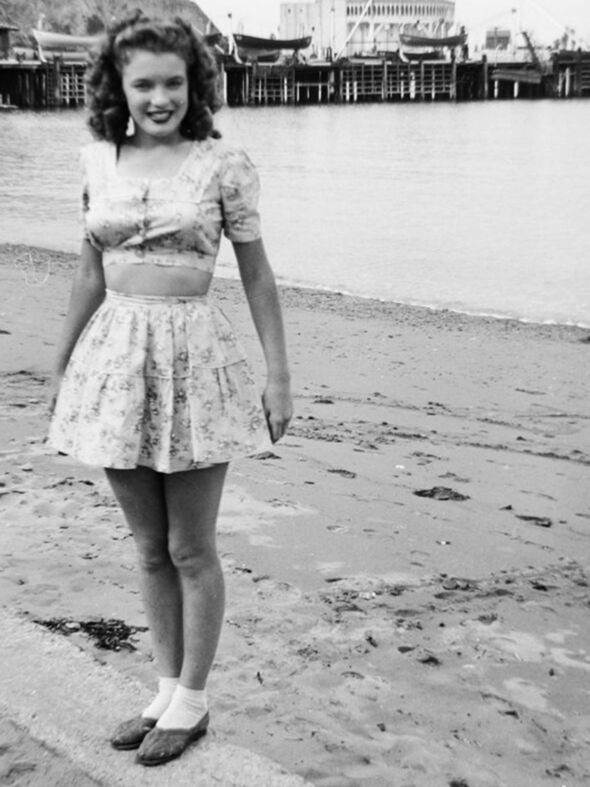 Up to the age of 15, Norma Jean shuttled between the Goddard’s and a series of foster homes and the Los Angeles Orphans Home.  She temporarily found a stable and happy place with Grace’s aunt, Ana Lower, from 1938-1941. It ended due to Lower’s failing health and the teenager returned to live with the Goddards.

The following year, Mr Goddard’s new job took them to West Virginia and California state laws meant they could not take their ward out of state. Faced with returning to the orphanage, a quick and expedient marriage took place with the son of a neighbour.

Jim later said: “She was too young to get married but she was fully mature physically and somewhat emotionally.”

In a rare interview about her first marriage, Marilyn said: “Grace arranged it. She and her husband were going to West Virginia and they were gonna put me in a home or I could marry this boy who was 21 at the time. So I married…

“When the marriage took place I was just 16. In the state of California you can marry at 16 but it was arranged when I was 15.”

Marilyn biographer Paul Donnelley interviewed Jim and told Express Online: “Jim and Norma Jeane set up home in an apartment in the San Fernando Valley; it was her first proper home. She liked to cook and a story is often told she served peas and carrots a lot because she liked the colours.”

Despite her later sex bomb image, everyone who knew the young Norma Jean commented on how sensitive and naive she was.

The star herself later said: “I didn’t know anything about marriage, especially the sex part of it.” 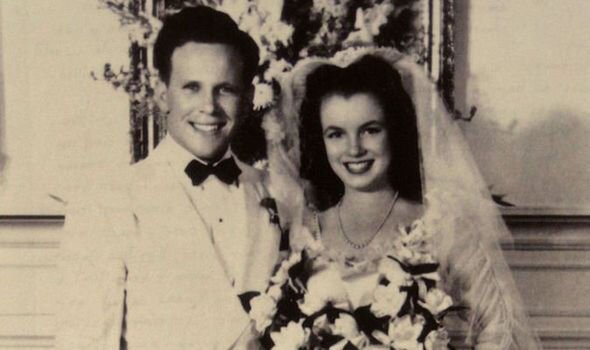 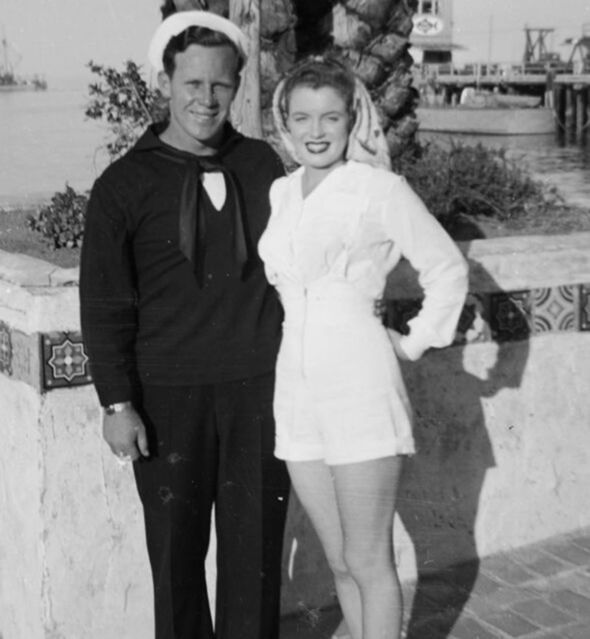 Donnelley added: “Many years later, Jim told me that he and Norma Jeane had a very contented marital life. They often went fishing and hunting, although she refused to shoot anything.”

World War 2 was raging at the time and Jim was drafted. He went into the merchant marines and was based with his wife at the military base at Santa Catalina Island, off the California Coast. Photographs of the young couple show them on the beach there.

Her beauty was starting to get noticed and Paul said: “Norma Jeane was faithful to Dougherty but he was jealous of the other men eyeing up his wife.”

In 1944 Jim was posted to the South Pacific and the night before he left, she begged him to make her pregnant so she ”would have a piece of him” if something happened.

The budding star took a job at a munitions factory where she was spotted by a US Army photographer who was scouting for pictures of girls working for the war effort to boost troop morale overseas.

Norma Jeane signed her contract with the Blue Book Model Agency in August 1945, straightened her hair and dyed it blonde. Within six months she had been on 33 magazine covers.

At first, Jim tolerated her budding modelling career: “I thought it was fine, she could do that until I got home. But then she got deeper and deeper and more involved in it because I was gone so long.”

In 1946 Norma Jeane began to chase a film career, signing a six-month contract with 20th Century Fox in August and taking the stage name Marilyn Monroe. Monroe was her mother’s maiden name.

It was to be the end of her marriage.