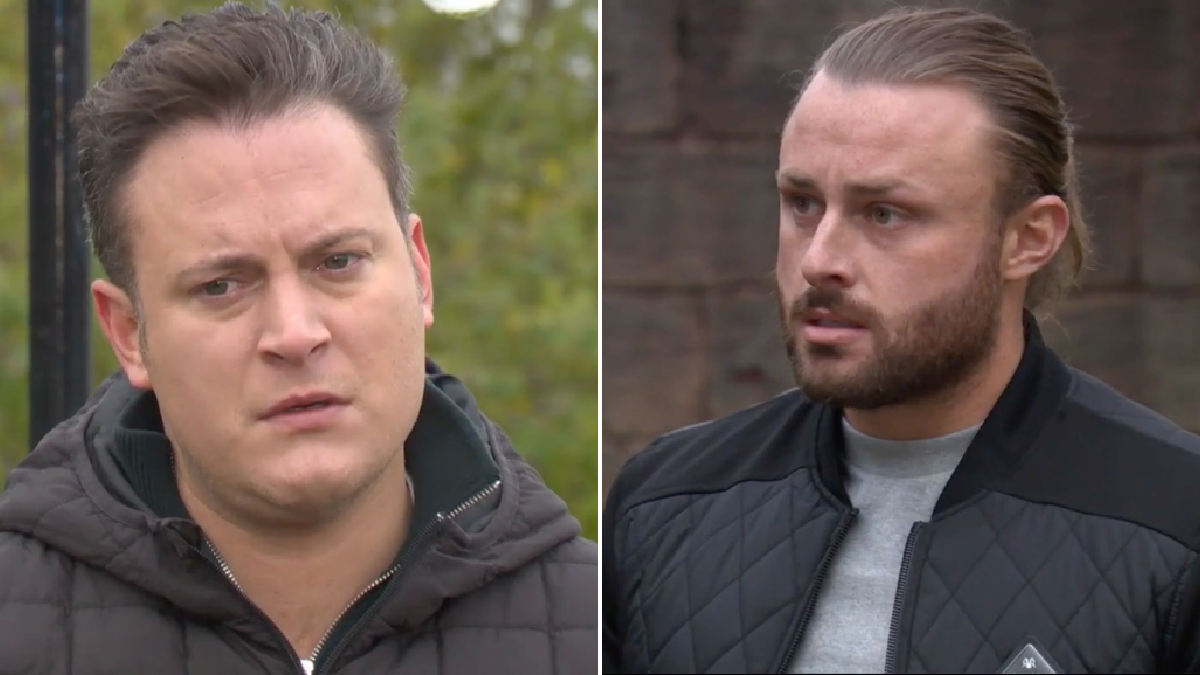 Hollyoaks’ Luke Morgan (Gary Lucy) disappeared without a trace after coming face-to-face with Stephen MacGregor (Cameron Hutchinson), one of his attackers, for the first time in decades.

The long-serving mainstay, as viewers know, was raped by a man named Mark Gibbs (Colin Parry) 22 years ago.

Stephen and Kenneth Boyd (Greg Wood) were present when the attack took place, and they were subsequently sentenced to three years in prison while Mark received eight years.

Cindy Cunningham (Stephanie Waring) had been writing to Stephen in prison, warning him to stay away, but Ollie Morgan (Gabriel Clark) discovered what she was up to and berated her for it.

Desperate for revenge, Ollie decided to meet with Stephen, much to the horror of Becky Quentin (Katie McGlynn), who subsequently relayed her concerns to Cindy.

Cindy and Zara (Kelly Condron) successfully talked Ollie of his plan to confront Stephen, but things took quite a turn, as Stephen came face-to-face with Luke elsewhere.

Luke, however, did not remember the night of the attack, so when Cindy and Zara ushered Stephen away, he did not understand what was going on.

Ollie attempted to fill Luke in on their reasons for getting rid, but it was clear that Luke was still confused.

But later, the teen was left horrified, as was Cindy, to find out that Luke was nowhere to be seen.

Has he gone in search of Stephen? Will he be found safe and sound?