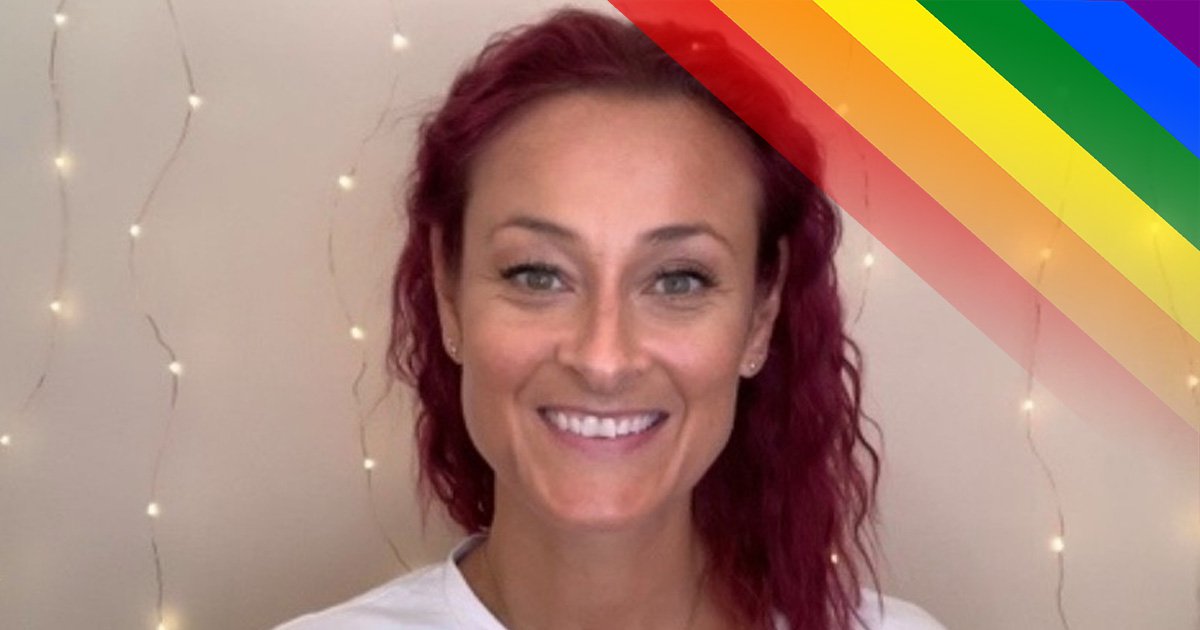 Growing up, it never really crossed my mind that I was gay.

The realisation came when I was around 19 and talking with some new friends. They both said they liked women and without thinking I replied, ‘Ooh yes, me too!’.

I sort of gasped as it was the first time I had even considered that I might not be straight.

I’d never had a serious boyfriend before, but I’d kissed loads of frogs.

So it seemed like a good idea to go and try this ‘gay thing’ out and my friends took me to a lesbian night downstairs at The Box in Soho.

I remember being very nervous – not because of my newly out status – but because my friends told me that if the female bouncers didn’t believe you were gay they made you snog one of them!

I got through the door…

At that point, I was wondering whether I was bisexual and labelled myself as that for all of five minutes before fully embracing my gayness.

As a teenager, I felt like I needed an identity so badly, and up until that moment I always considered myself to be the ‘nuts, eating disorder, mad girl’. While I was strangely comforted by this tagline, it seemed like so much more fun to be gay.

It soon became a core part of who I was and I would go out to gay nights regularly. I would sing my heart out with all the gays at the Piano Bar and danced the night away every Friday at Popstarz Club.

I recall walking past a Wetherspoons one night and feeling so sorry for all the straight people because Candy Bar, the lesbian place I was on my way to, was so much cooler!

It’s crazy that a fleeting conversation with new friends could have had such an impact on my life and I got the best introduction to being a gay person you could ask for. I had huge amounts of fun.

While I was out to have a good time, I knew almost instantly after coming out that all I wanted was to find my true love, settle down and have a family.

In true lesbian style, things moved quickly. I found her after going to the opening night of Mamma Mia in London. She was in the cast and I went to see the show. Our eyes met across the room at the after party and I knew, instantly, that she was my love.

Annette came back to mine that first night, never went home, and we got Daisy the dog a few weeks later.

She is my soulmate. With our kids, we all fit together so comfortably and there is such a huge amount of love in the family and respect for each other.

Our children are extremely proud to have two mums; they have always stood up for the gay kids at school and been at the front of the Pride parade.

My parents were quite easy to come out to – they just wanted me to be happy. It took a while for them to get used to the idea that I would never have a boyfriend or husband, but over the years my mum has realised that nothing is any different.

I still have a family, who she loves dearly. And her and my 98-year-old nan adore Nettie.

Family is really important to me, and I think it is important that I represent a family that is extremely loyal, loving, supportive and free.

I saw a slogan the other day that said, ‘if you won’t accept a queer child, don’t become a parent’. It’s spot on.

It is so important that any generation can live their truth and be free. Freedom is everything.