Love, Victor‘s first season ended on a cliffhanger — as Victor (Michael Cimino) finally told his parents that he’s gay — and that’s exactly where the trailer for season 2 starts. But based on this first look, Victor won’t just be coming out to his family this year, but to the whole school.

“I want to tell people. I’m ready. No more hiding who I am,” Victor says as we see him link hands with boyfriend Benji (George Sear) as they walk through the halls of Creekwood High.

It’s not all sunshine and rainbows now, though, as Victor must navigate the new dynamic with his conservative parents (Ana Ortiz and James Martinez) when their reaction isn’t exactly, “You get to exhale now.”

Meanwhile, bestie Felix (Anthony Turpel) has his own problems at home — and his own relationship with Lake (Bebe Wood) — while Mia (Rachel Hilson) is feeling adrift and Andrew (Mason Gooding) surprises everyone with a new girlfriend. Oh, and everyone is thinking about having sex for the first time.

Check out the first trailer for season 2 now:

Following the season 1 finale, showrunners Isaac Aptaker and Elizabeth Berger teased their plans for a second season, including warning fans to brace for some drama between Victor and Benji.

“There’s nothing more boring than watching people be happy in a relationship on a TV show,” Aptaker said. “It feels like Simon and Bram are off to the races and are happily ever after — no one wants to watch that anymore — so, yes, season 2, we’ll definitely test Victor and Benji.”

“One of the exciting parts of getting to tell a story about a character who knows who he is — as opposed to a character who is figuring out who he is — is that you get to tell stories about first relationships and first conflicts within relationships and first sexual experiences and first heartbreaks and all the things that you normally see in other teen romances and soaps, but you never get to see with a gay protagonist,” executive producer Brian Tanen added. “I think it’ll be really exciting to tell those stories in future seasons. Hopefully many, many seasons.” 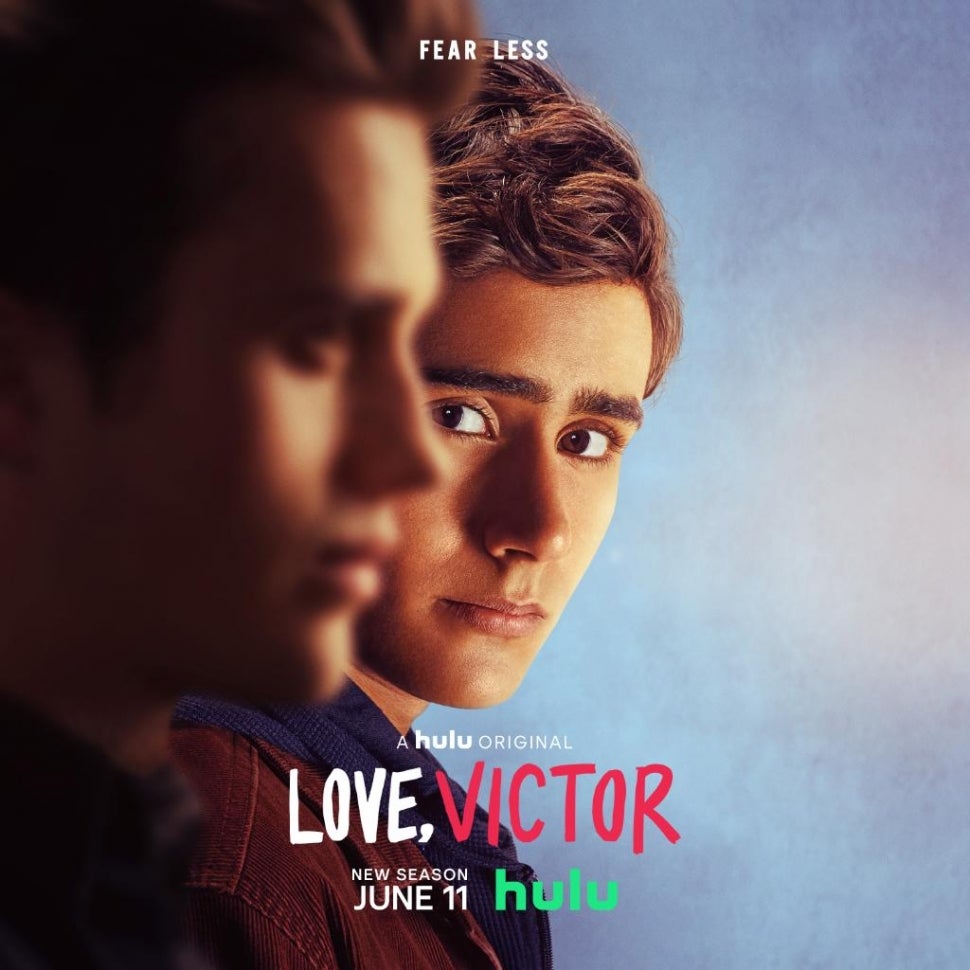