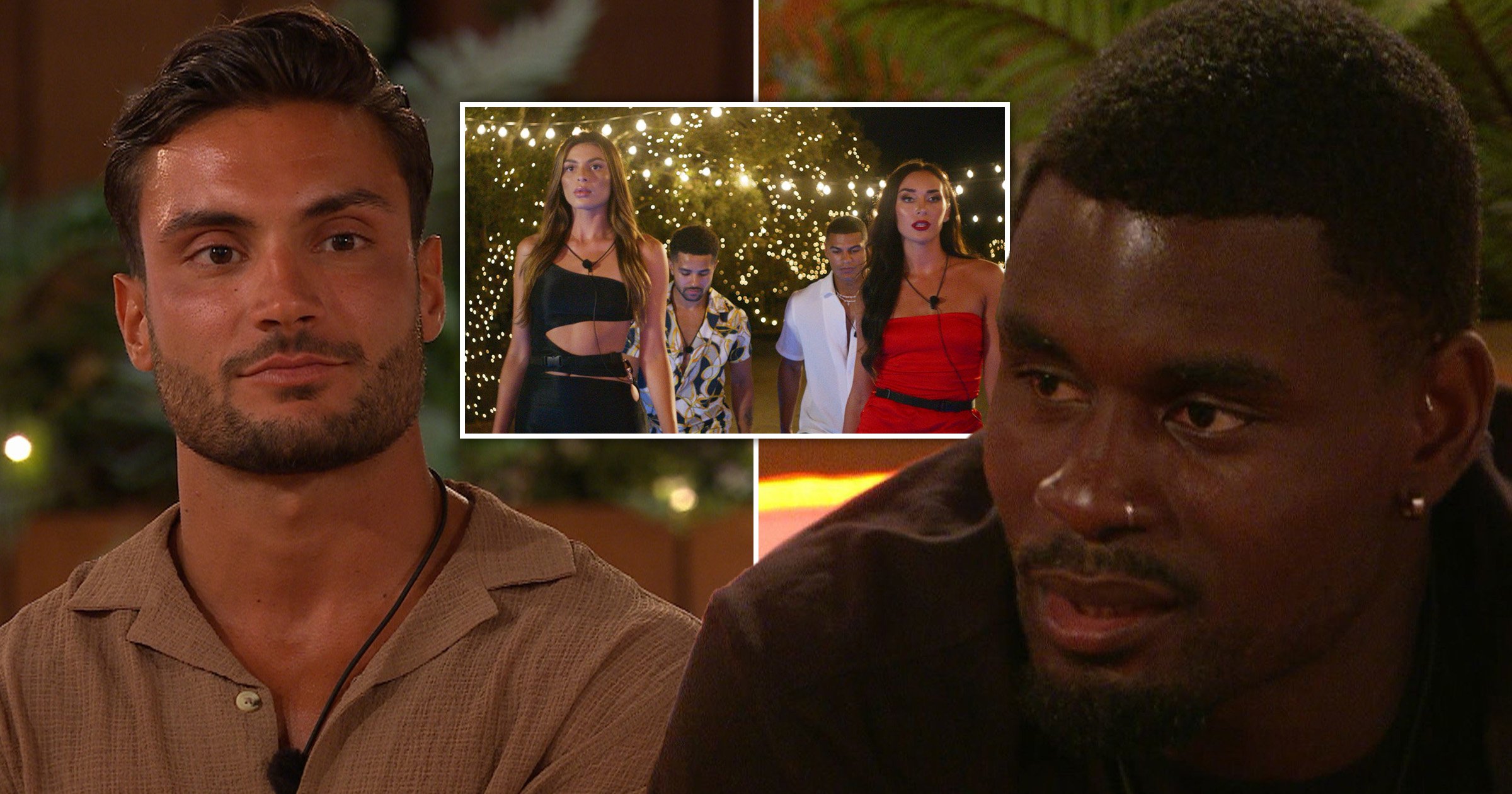 Dami Hope’s actions didn’t go down well with Love Island fans, after he encouraged Davide Sanclimenti to show the new bombshells around the villa, despite being coupled up with Ekin-Su Cülcüloğlu.

Irish microbiologist, Dami, narrowly missed out on being dumped from the island on Wednesday night, after landing in the bottom two boys following a public vote.

He was ultimately saved by the girls, with Billy Brown going home alongside Summer Botwe.

However, Dami was later seen questioning what he’d done to end up being at risk, before being criticised later on by fans for meddling with Davide and Ekin-Su.

The couple has been through their fair share of ups and downs, but are now pretty solid, even admitting they love each other, in Italian.

But after four new bombshells entered the chaos, including two new girls, Dami baffled viewers after he told Davide to give them a tour of the building.

This even came while Deji Adeniyi, who is very much single, sat nearby, and single pringle Danica Taylor took the boys off for a walk around herself.

Ekin-Su was left concerned by his willingness to get chatting to the girls, while fans weren’t happy with Dami for facilitating the move.

Taking to Twitter, one quizzed: ‘Why is Dami telling Davide to give the girls a tour when single Deji is sat there?! #LoveIsland.’

‘Not Dami tryna ruin Davide and Ekin #loveisland,’ shared another.

Someone else commented: ‘No way Dami is setting Davide up like that 😭😭 #LoveIsland.’

‘I don’t know why Dami suddenly dropped Davide into giving a tour for the new girls. He’s trying to stir again #LoveIsland,’ a confused fan added.

‘Why couldn’t Davide reply to Dami “No Deji, you give them a tour” would have been Davide gold that #LoveIsland,’ teased another.

It comes after Summer, who was sent packing, admitted she thinks Dami and Indiyah could end up winning the show.

The islander coupled up with Dami after Casa Amor, but he slowly made his way back to Indiyah days later.

She shared: ‘Despite the situation, I do think Dami and Indiyah’s connection is very genuine and I am rooting for them to win the show.

‘I don’t think other couples are as genuine as them, I am rooting for them all the way #Damiyah all the way.’

But could they really be the ones to walk away as champions this year?