LOVE Island fans were shocked as Naz and Eva and Rebecca and Jordan were all dumped from the villa in tonight's episode.

Former favourite Nas were booted after him and new girl Eva got the second least amount of votes. 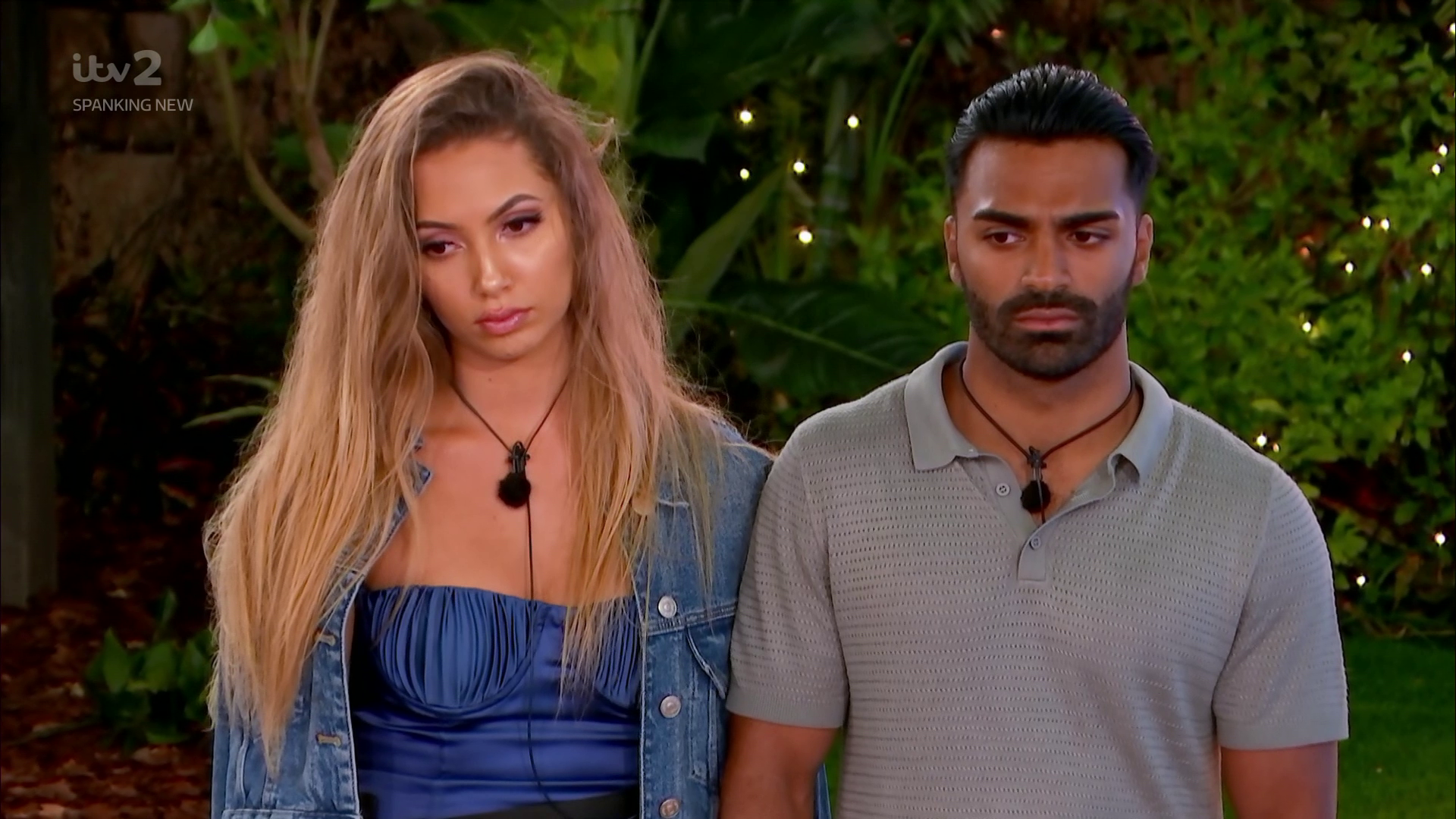 This came after Rebecca and Jordan were voted the least popular couple out of those remaining.

Singletons Shaughna and Demi were immune from the public vote.

The other couples remaining are Paige and Finn, Luke T and Siannise, Mike and Priscilla, and Natalia and Luke M.

Nas was originally coupled with Demi but his head was turned by Eva in Casa Amor.

The brutal recoupling on Thursday turned viewers against Nas after he returned from Casa Amor with Eva, while Demi chose to be faithful to Nas. 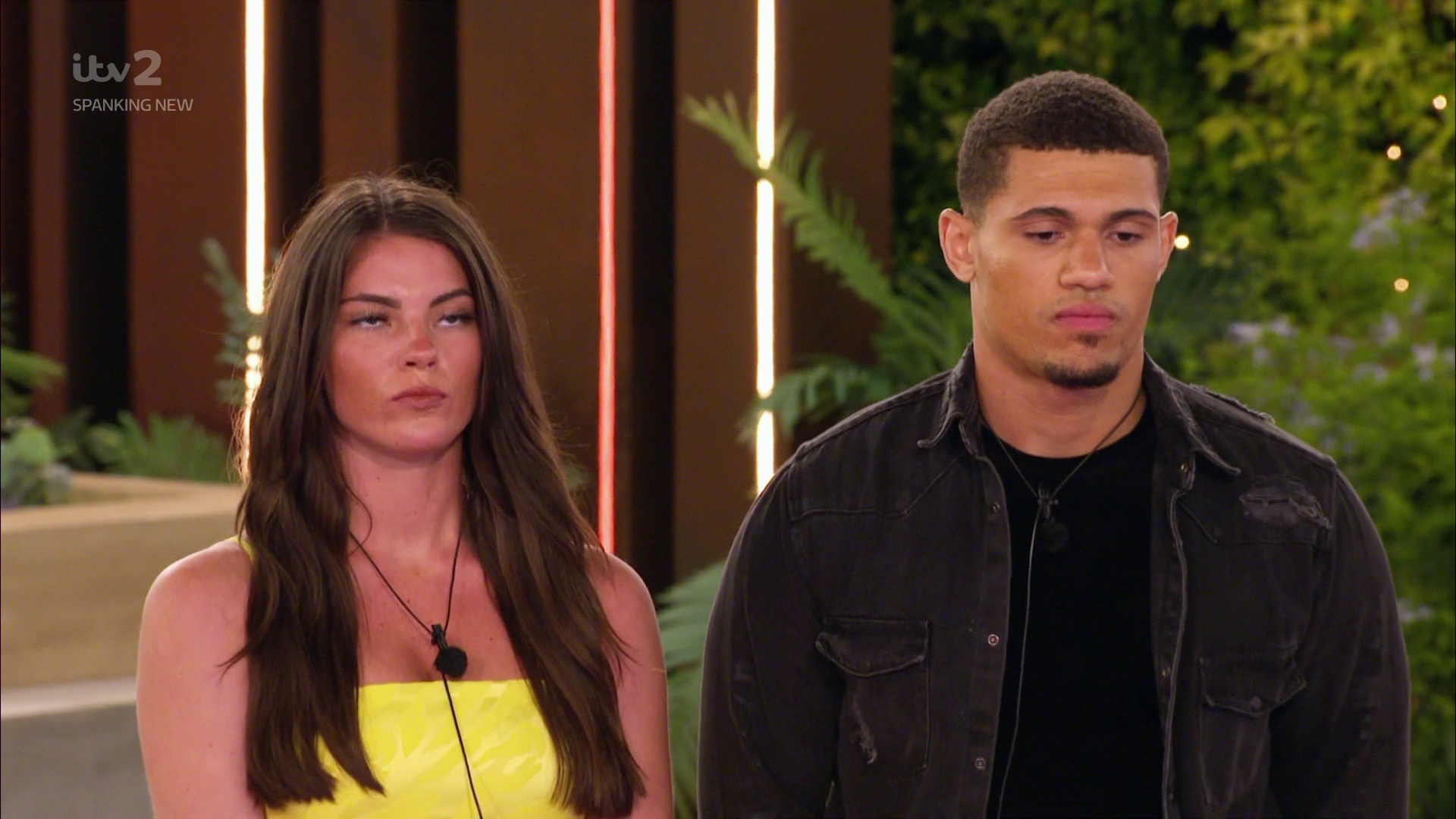 Demi was left "genuinely gutted", while fans tore into him.

One person said: "dude I’m so disappointed in Nas!!"

Another added: "How can Nas snake the first girl that gave him a chance"

A third remarked: "Everyone shocked 😂😂😂 Called it from Day 1 Nas is nowt but a snake 🐍🐍🐍 Absolute fool for throwing Demi away #LoveIsland" 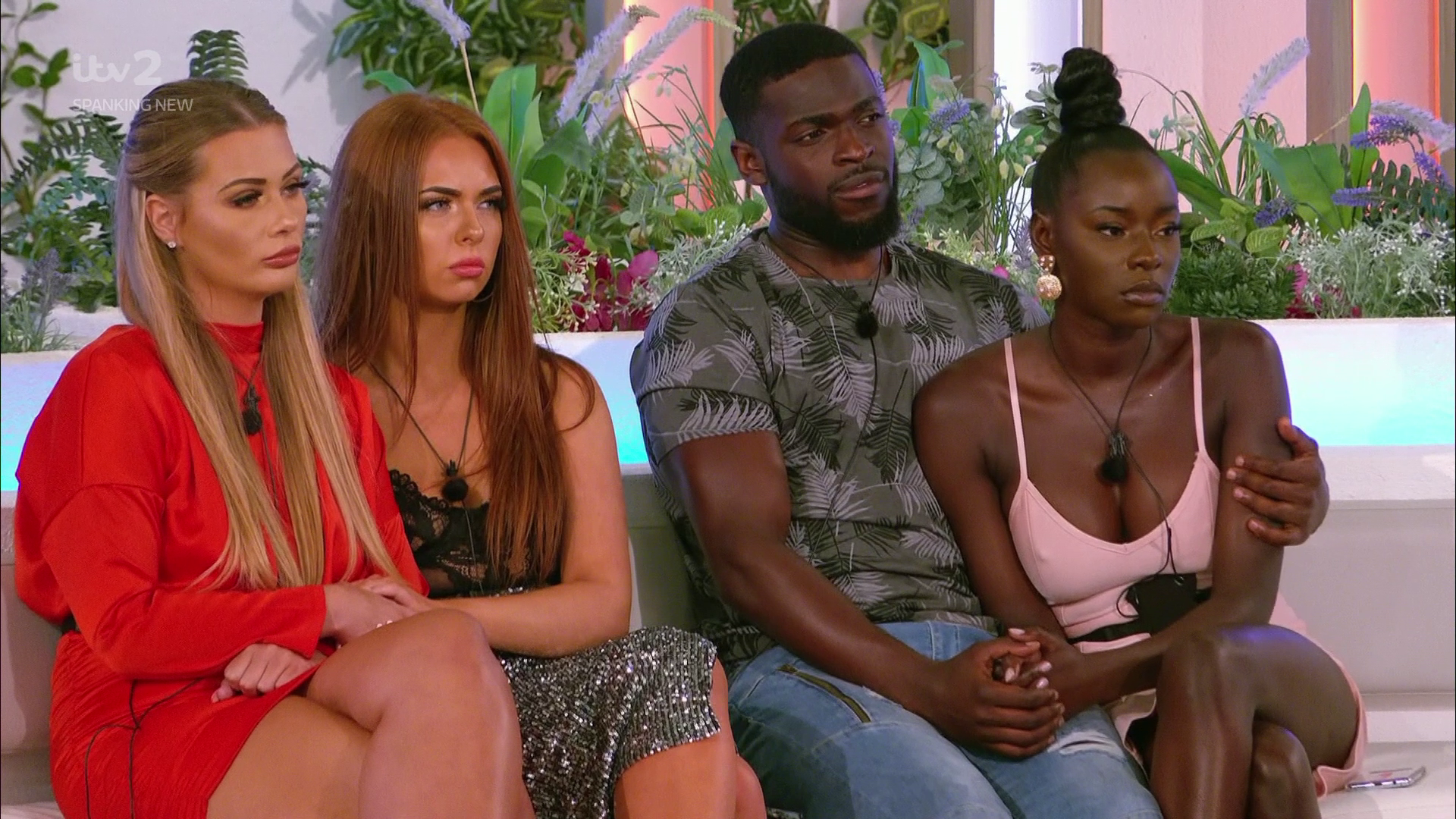 Meanwhile, Rebecca and Jordan got off to a strong start but fizzled out quickly as the villas united.

After a string of bad luck with men – including losing out on Luke T and getting Wallace dumped from the villa – she finally managed to hook up with Jordan.

But fans were turned off by the sound of them sharing a kiss on the outside sofa – and then again when they got under the sheets. 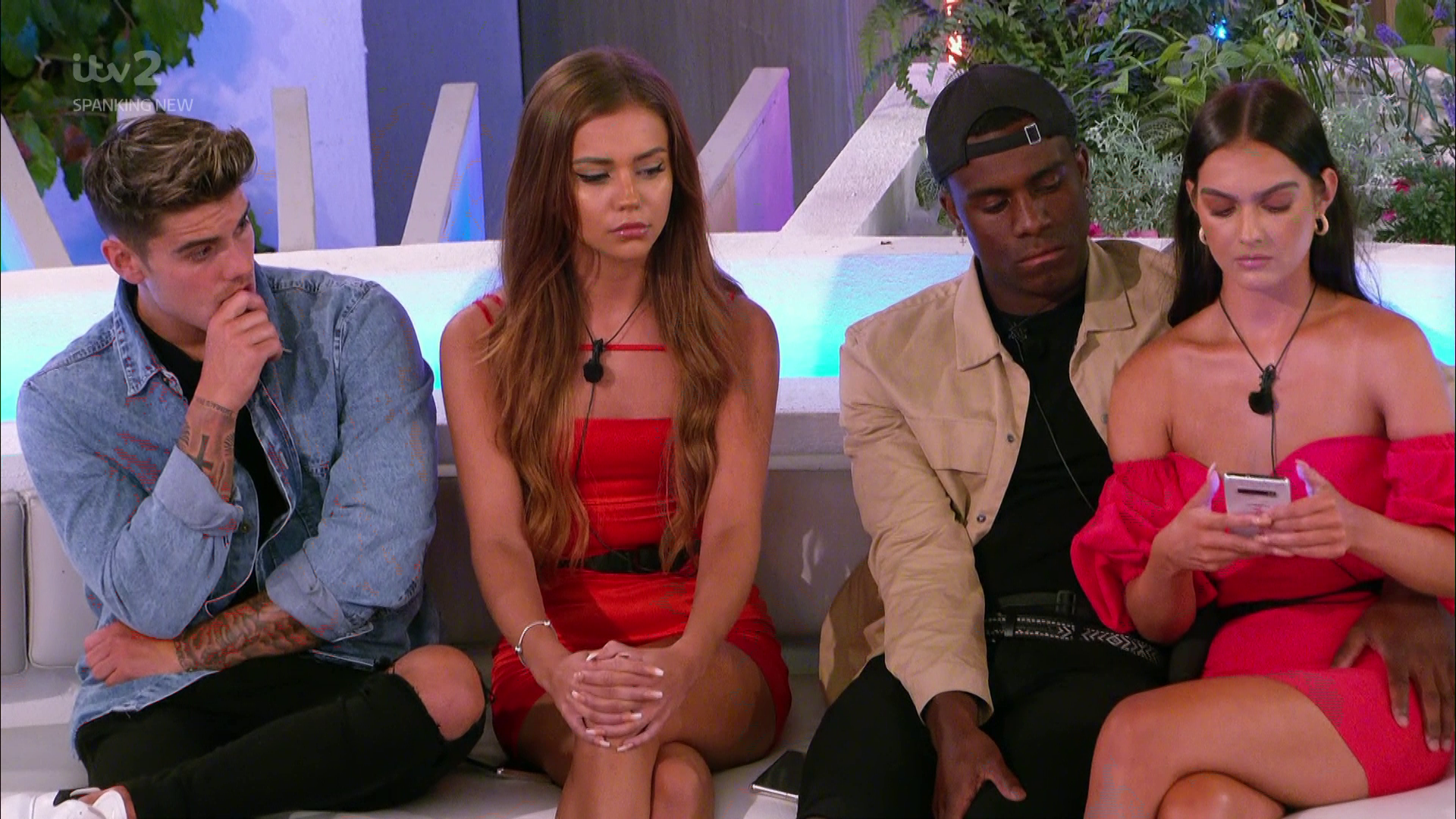 One said: "Erm can you please mute the mics while they kiss #LoveIsland."

Another added: "Hey can we tone down on those snogging noises #LoveIsland."

Someone else said: "the kissing noises make me criiiiiiiinge."