Caitlyn Jenner made her anticipated debut as a panellist on Loose Women today (September 20), and it seems she went down pretty well with viewers.

The former Keeping Up with the Kardashians star joined Andrea McLean, Nadia Sawalha and Carol McGiffin on the panel, where they discussed her transition as well as general topics such as having a baby at 19 and “soul groups”.

At the start of the interview, Caitlyn spoke about her journey and candidly opened up about “giving up Bruce”. 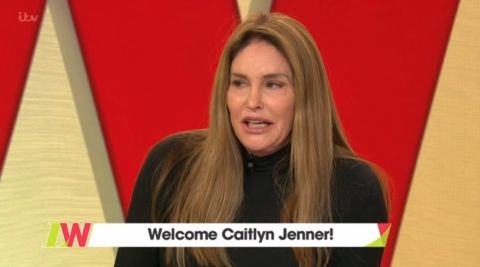 “The first time I got my driver’s licence, I had the gender marker changed and when I saw it I started crying because Bruce was a good person,” she said.

“I don’t know, especially because I could get my gender marker changed all the way to my birth certificate. It was kind of tough at first – he raised great children and all of a sudden he was gone, and it was hard. In so many ways I didn’t change that much.

“Little Bruce still lives inside and at first I thought you can’t do that… I’ve flown aeroplanes, I’ve raced cars, so the first thing I did as Caitlyn, I raced a car.”

Later on in the show, Caitlyn was also joined by friend and business partner Sophia Hutchins, where they also revealed whether some headlines about Caitlyn were true or false.

Overall, the reaction was pretty positive:

While others defended her against trolls: