Line of Duty fans were disappointed when show creator Jed Mercurio announced filming for season six would be halted due to the coronavirus pandemic sweeping the UK and putting the cast and crew at risk. With the next instalment’s release date probably being pushed back a couple of months, it hasn’t stopped the BBC drama’s loyal fans speculating over to what’s to come, as well as theorising how the whole show is going to end.

WARNING: This article contains spoilers from seasons one to five of Line of Duty.

“Mother of God”, the finale episode of season five left viewers cheering, but also demanding explanations as the storyline took them in a direction they didn’t expect with one hell of a cliffhanger.

Line of Duty finales tend to throw everything at the wall, and this time it was no different as those watching at home were treated to an extremely length interrogation. 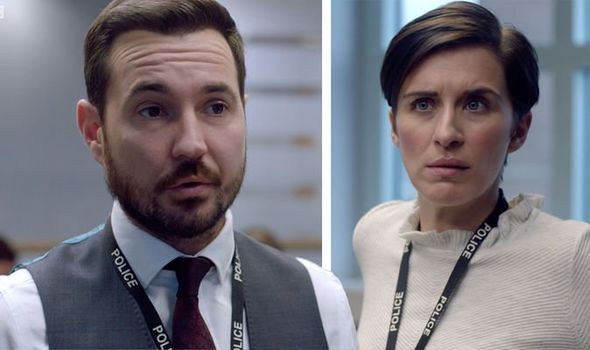 Scenes showed the Police and Crime Commissioner’s legal advisor secretly linked with the Organised Crime Group and was a key player in the plot to frame Ted Hastings (Adrian Dunbar).

Not only did she recommend Corbett for the undercover operation, also know as Pear Tree, but also convinced him Hastings was the reason for his mother, Anne-Marie McGillis, who was murdered by paramilitary forces.

Despite these major breakthroughs, the season didn’t clear up all the show’s major mysteries, leaving fans to speculate.

One of them being the most ridiculous out-of-the-blue relationship DI Matthew ‘Dot’ Cottan (Craig Parikinson) was tapping out Morse code to DI Kate Fleming (Vicky McClure) as he died.

This was a new piece of information for the biggest investigation; Who is ‘H’? 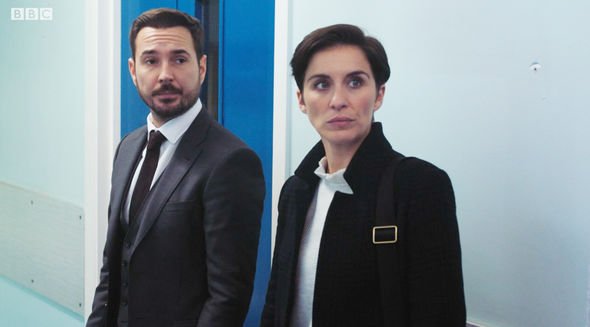 In a twist similar to the identity of ‘Balaclava Man’ in the fourth series, it turns out ‘H’ is not one person, but a group.

Before dying from his wounds, Cottan delivered a dying declaration, which was recorded on an officer’s helmet camera, but his message was initially misinterpreted.

At the end of the fifth series finale, DI Steve Arnott (Martin Compston) Cottan not only using his eyes to send officers a signal: “Dot was trying to tell us something before he lost consciousness.

“He couldn’t speak due to the gunshot wound to his chest, but he could move his hand,” he revealed. 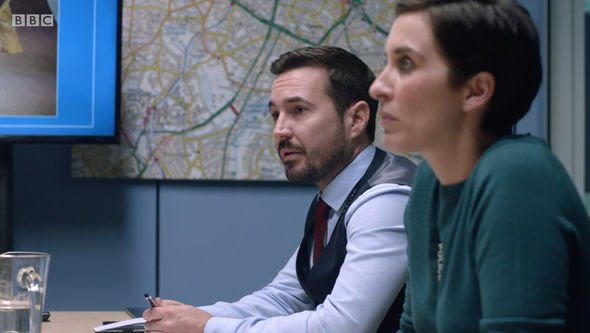 In other words, the dying declaration wasn’t trying to expose one individual whose name starts with ‘H’. Cottan was trying to say there were four key OCG members embedded in the police service – their names don’t necessarily start with that letter.

Fans now know Assistant Chief Constable Derek Hilton, legal counsel Gill Biggeloe and Cottan himself were three out of the four, so it’ll be AC-12’s job to find out the identity of the fourth.

But in doing so, some fans think Steve, Kate or Ted is going to heroically die.

Taking to online forum Reddit to discuss, user Xmaspay asked Line of Duty fans how they think the whole show is going to end.

“Spoilers no doubt in the comments so if you are not up to date (waiting for season 6) then beware.

“Wit the way the world is currently we may have a long wait to this question, but I’m guessing we have 2 seasons left (pure guess) to wrap it all up, BBC will no doubt want more seasons as it’s one of the biggest shows they have but I can’t see it running for longer then 2 more unless we find out more people called H spring up randomly. (morse code gate 2.0 if you will).

“Seriously tho I reckon of the main 3 die, Steve the likely candidate saving Kate I’d guess? and in the end we find out Kate was the whole mastermind behind it all and she gets away with it, can’t see it and probably wouldn’t make much sense but still lol.

“We all know this show has many plot twists so I’m aware that none of us will probably get it spot on but eh could be fun to look back on in a few years and see how we all did!” The post concluded.

User irving_braxiatel replied: “The sentimentalist in me wants it to end with Steve taking over AC-12, and the last scene being him introducing a new sergeant, asking if it’s Richard or Rick.”

“I’m rewatching again for the 4th (or 5th) time. I’m hoping there’ll be another couple of series. I’ve always felt the ‘H’ thing is not one but a hierarchy of individuals and that’s what the ‘H’ likely stands for. No one person could surely be running this corrupt group alone, could they?” User Gottabered said.

While Origamidos commented: “I really hope it’s super well planned out and there’s s great twist at the end rather than just, oh lol yeah it was Hastings or something. Really excited tho!”

Line of Duty season one to five are available to watch on BBC iPlayer.