THERE’S little I love more than a weird celebrity feud, and this unlikely spat is one of my favourites for a while. 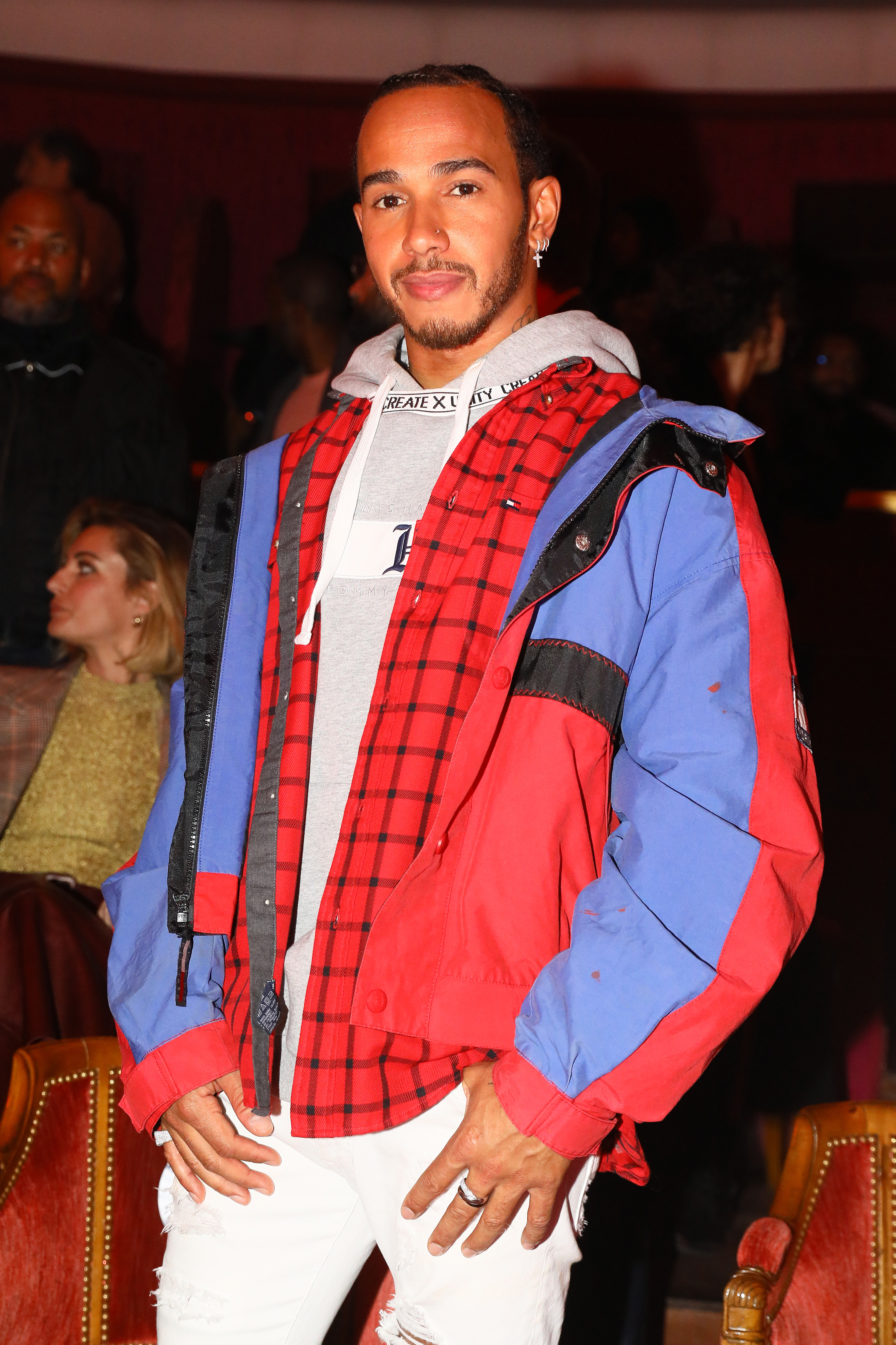 And it centres on an £18million home the race ace has allegedly never even set foot in.

Lewis bought the West London pile a few years ago, and in January applied to add some swanky new renovations to the front and back of the six- bedroom pad.

That sparked objections from the artist, who said the proposals would block the natural light into his nearby studio.

But yesterday Lewis began moving scaffolders in at the home after winning approval from local officials to start a rear extension with a stone terrace and pergola. 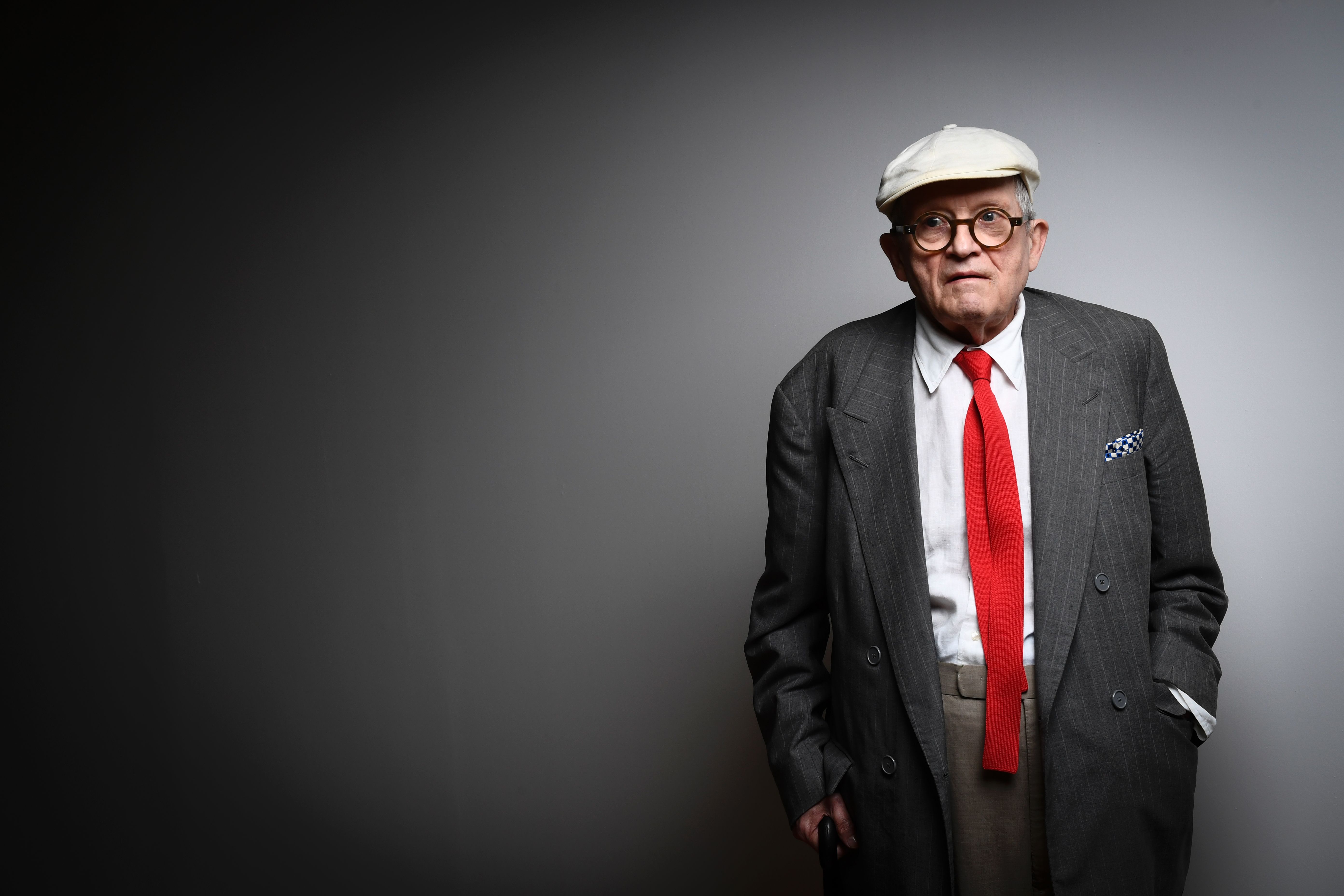 I mean, nobody should be without one of those, right?

He’s also putting up a new porch, further adding to the anger of David, who is regarded as Britain’s greatest living artist and has his studio nearby with a group of other painters.

The artists had complained: “As the owners of these Grade II listed buildings and as working artists who depend on natural daylight, our working and living conditions would be seriously disturbed by the plan as currently described.”

They added: “Light is an essential condition of art.” Residents also grumbled that Lewis’s plans would spoil the “tranquillity” of the area — though I’d have thought the prospect of someone moving in who drives cars at lightning speed for a living would be alarming enough. 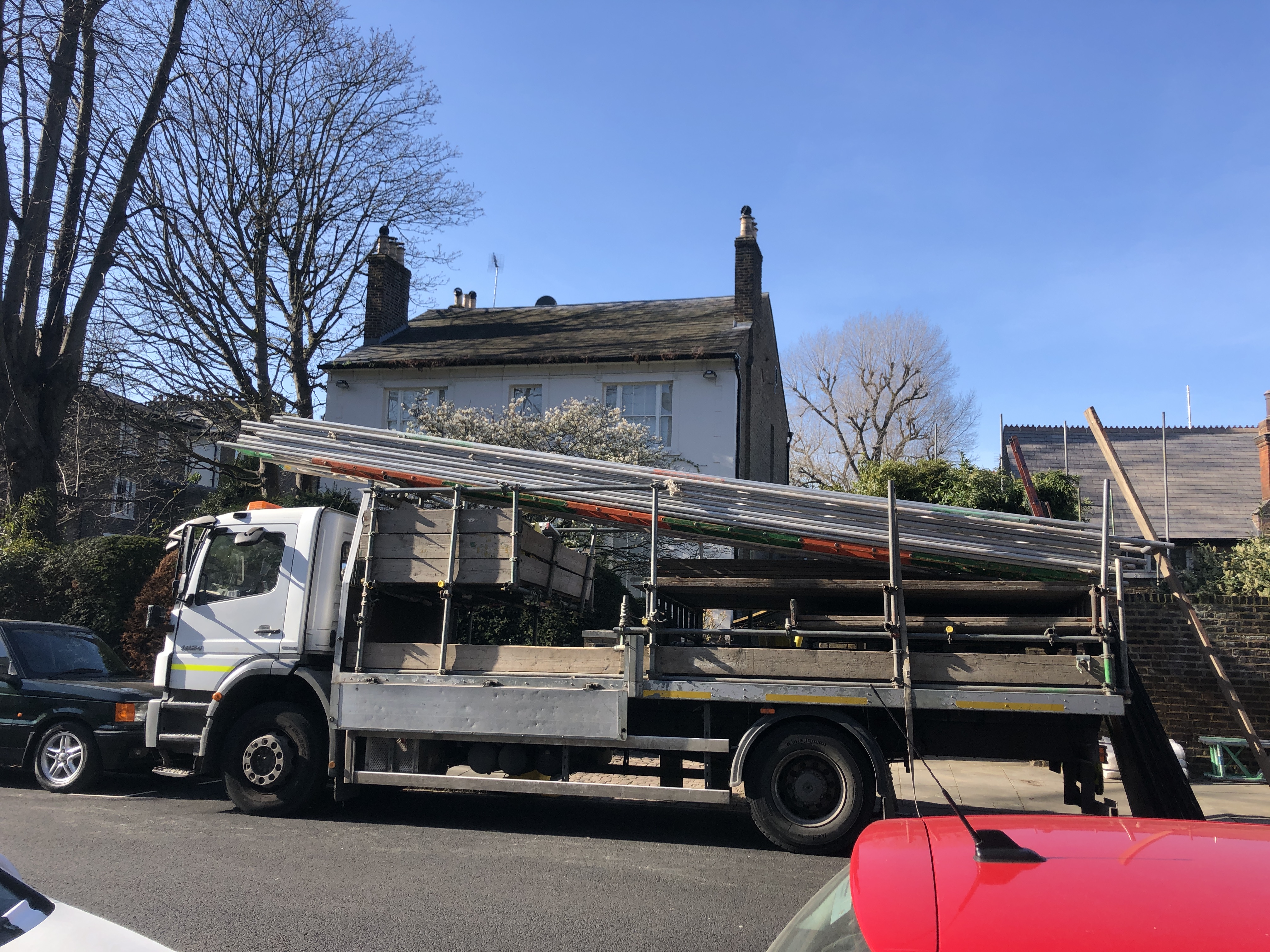 Lewis has already been thwarted in his attempts to install a summer house after neighbours wrote to the council raging that: “The current owner bought the property for £18million in 2017 and has never set foot in it.”

The F1 champ bought the mansion from Christopher Bailey, chief designer at fashion house Burberry, after getting nearly £2million knocked off the price.

It sounds like it could be a testing time for anybody nearby with an “artistic temperament”.

Zara Larsson finally returns with a new single on Friday.

But it’s been a long time coming as she has rejected enough songs to have filled two albums in the past year. 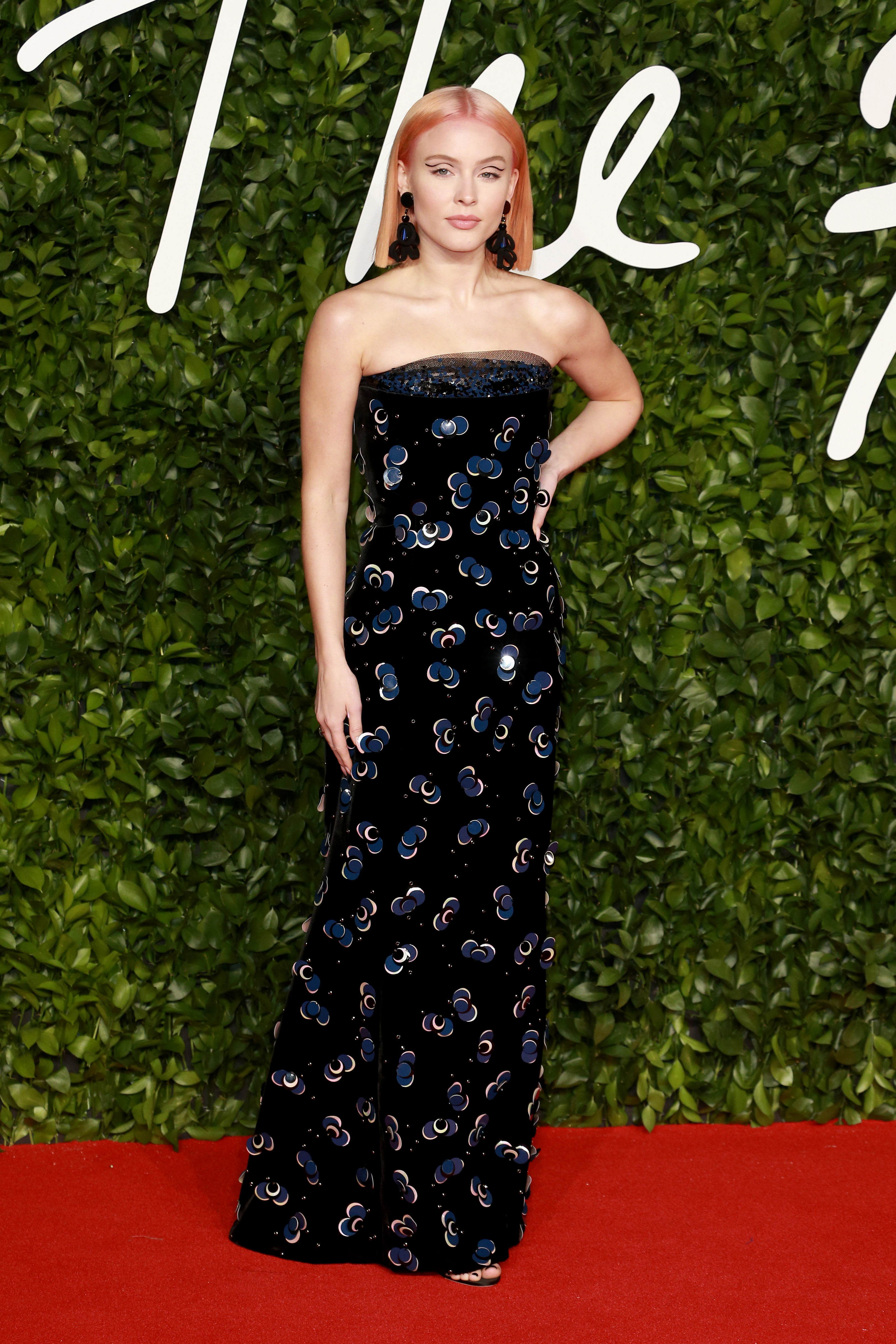 The Swedish singer admitted she didn’t feel the music she was making was good enough – so she started again.

Asked if she had ditched an album’s worth of work, she told me: “Yeah, I’ve done that a couple of times. It’s so sad when you think about all of the songs that are never going to be released.

“I might have two or three that are the same, but mostly I’ve just swept it all out. 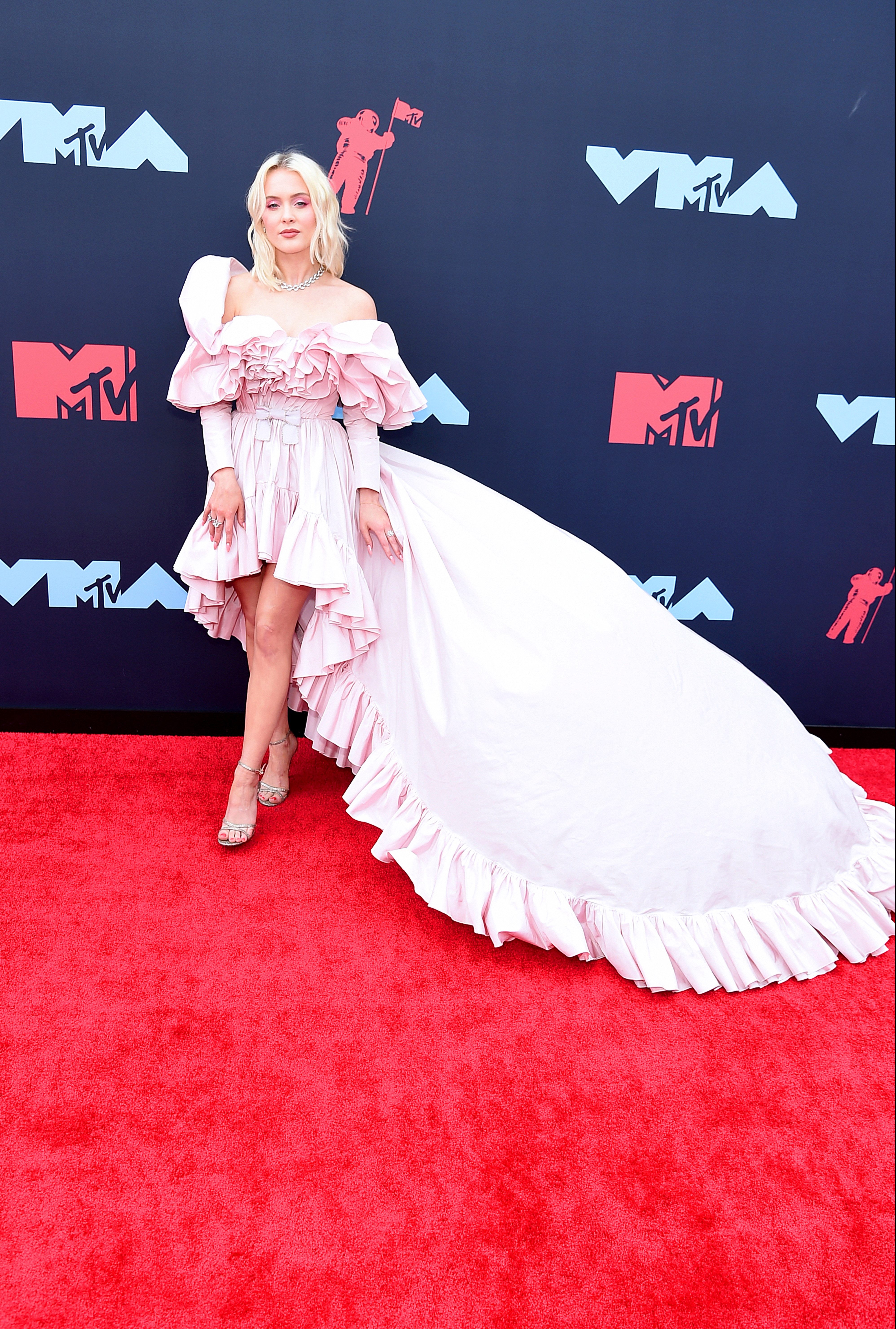 “But I feel I’ve found the sound and what I want to do with the whole thing.”

Her new single Like It Is, with Kygo and Tyga, is released tomorrow and she hopes that song and her other releases will show- case the power of her vocal skills.

She added: “I feel like I was exper- imenting a bit with stuff and also compromising a bit and trying to figure out where are we going with this.”

She added: “I really wanna show people my voice.”

Nick got a grip with a drip

Nick Grimshaw suffered such a bad panic attack from heat exhaustion that he was put on a Valium drip during his Sport Relief: The Heat Is On challenge in Namibia.

Crippling anxiety has previously put the Radio 1 DJ in hospital and on Frankie Bridge’s pod-cast he said: “So when I was out in Namibia I kept thinking it was going to happen again. 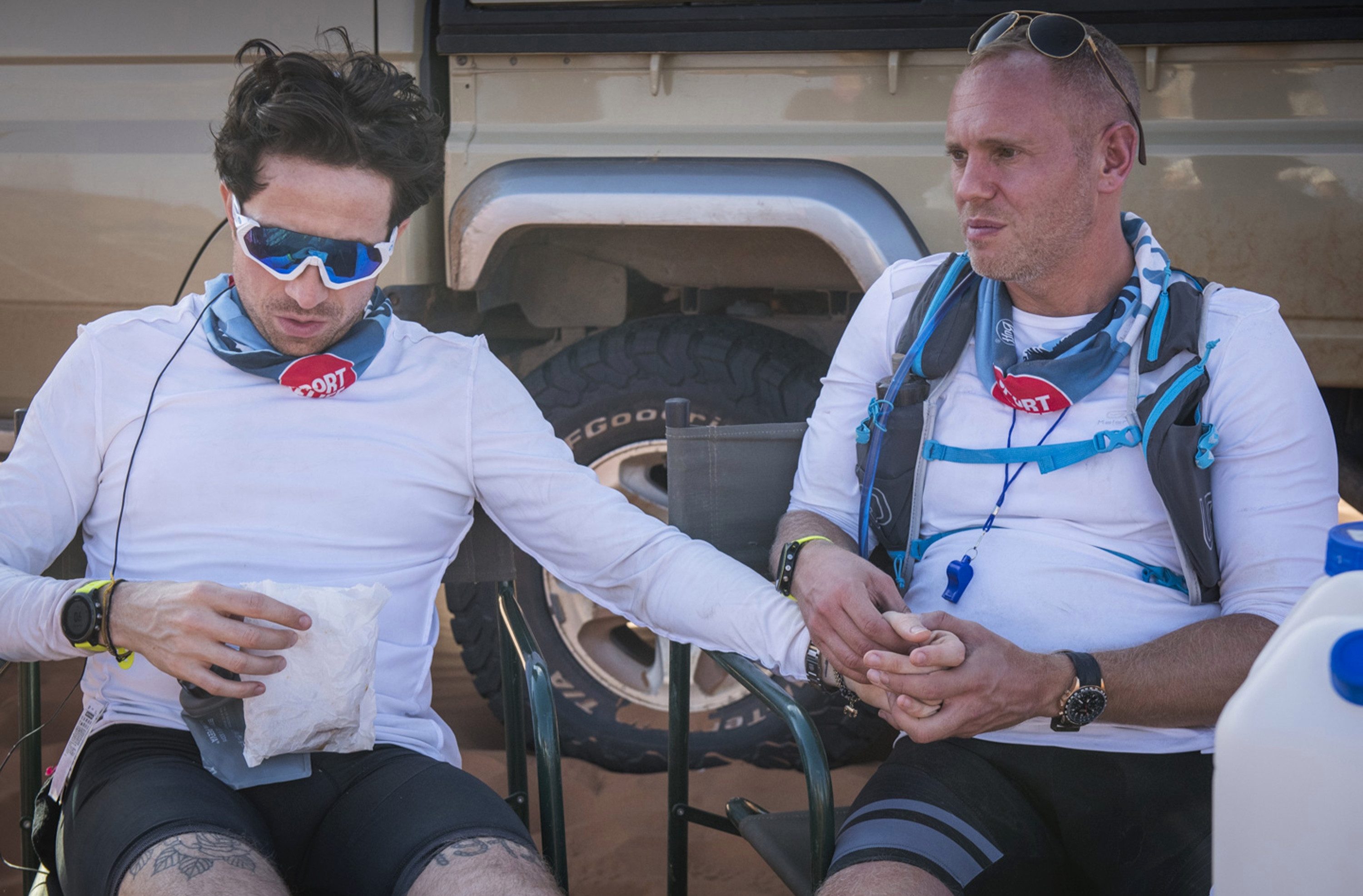 “There was no ambulance because I was in the desert. That’s why I was so scared.

“The only reason it stopped was because they gave me Valium, it was so exhausting and terrifying.”

Nick, who took part in the 100-mile triathlon across the Namib desert with seven other celebs last month, also described his ordeal on pal Jessie Ware’s Table Manners pod-cast, where he said: “It was properly the most traumatic thing I’ve ever experienced.

“We had just landed and I did not know anyone or the crew. It brought on a horrible physical panic attack that just went on from 6am until 11pm. 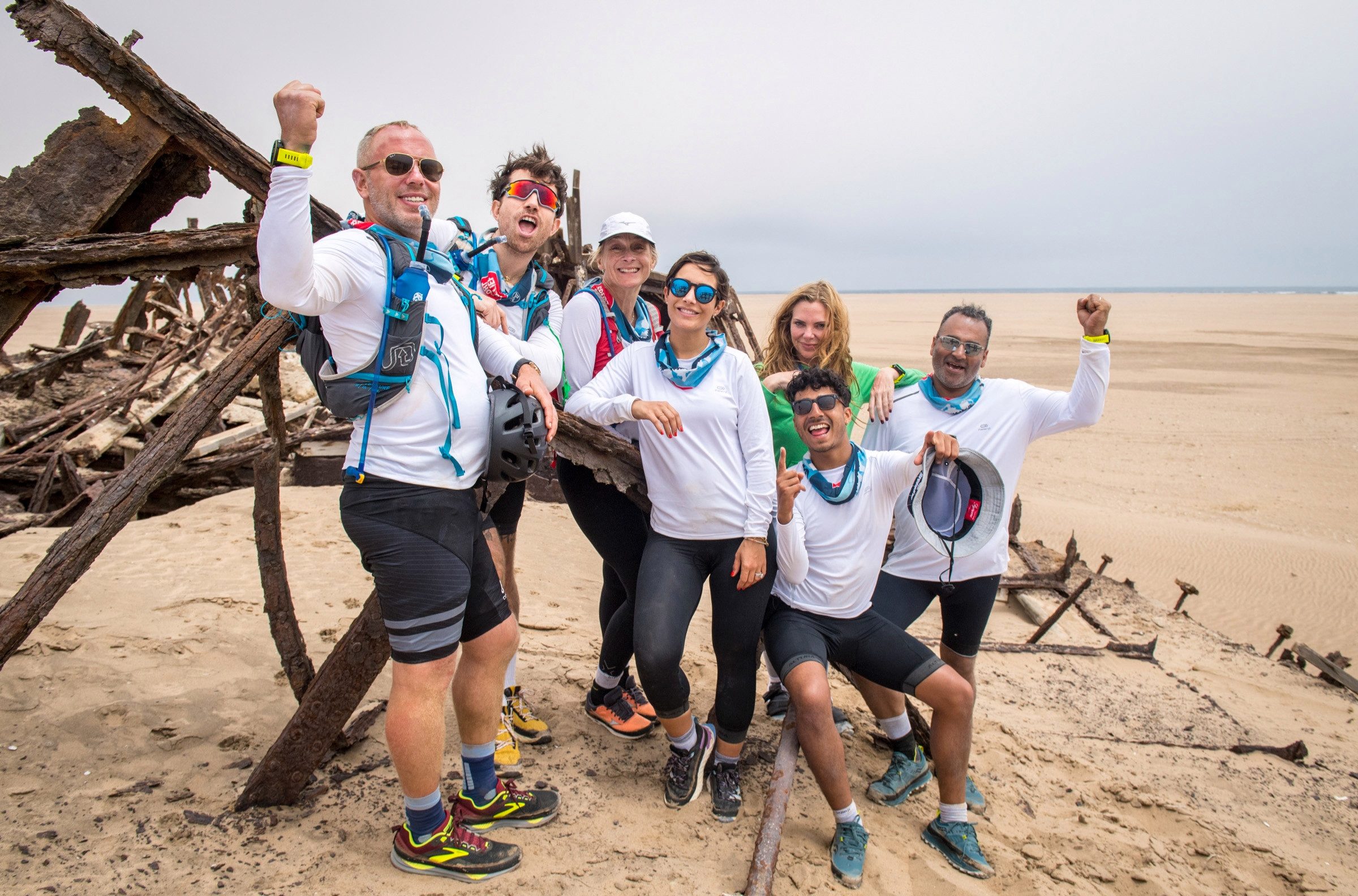 “I was freaking out. The good thing was they had to inject me with Valium. After that passed it was hard, but it was the right level of hard.

“I did cry to my mum. She thought it was insane when she saw the doc, she nearly had a heart attack.”

Nick rejoined the trek and completed it. I think he’s a hero for sticking it out.

The Rock DJ singer and his wife strive to keep daughter Teddy out of the limelight but fear she’ll want to become a celebrity like Harper Beckham. 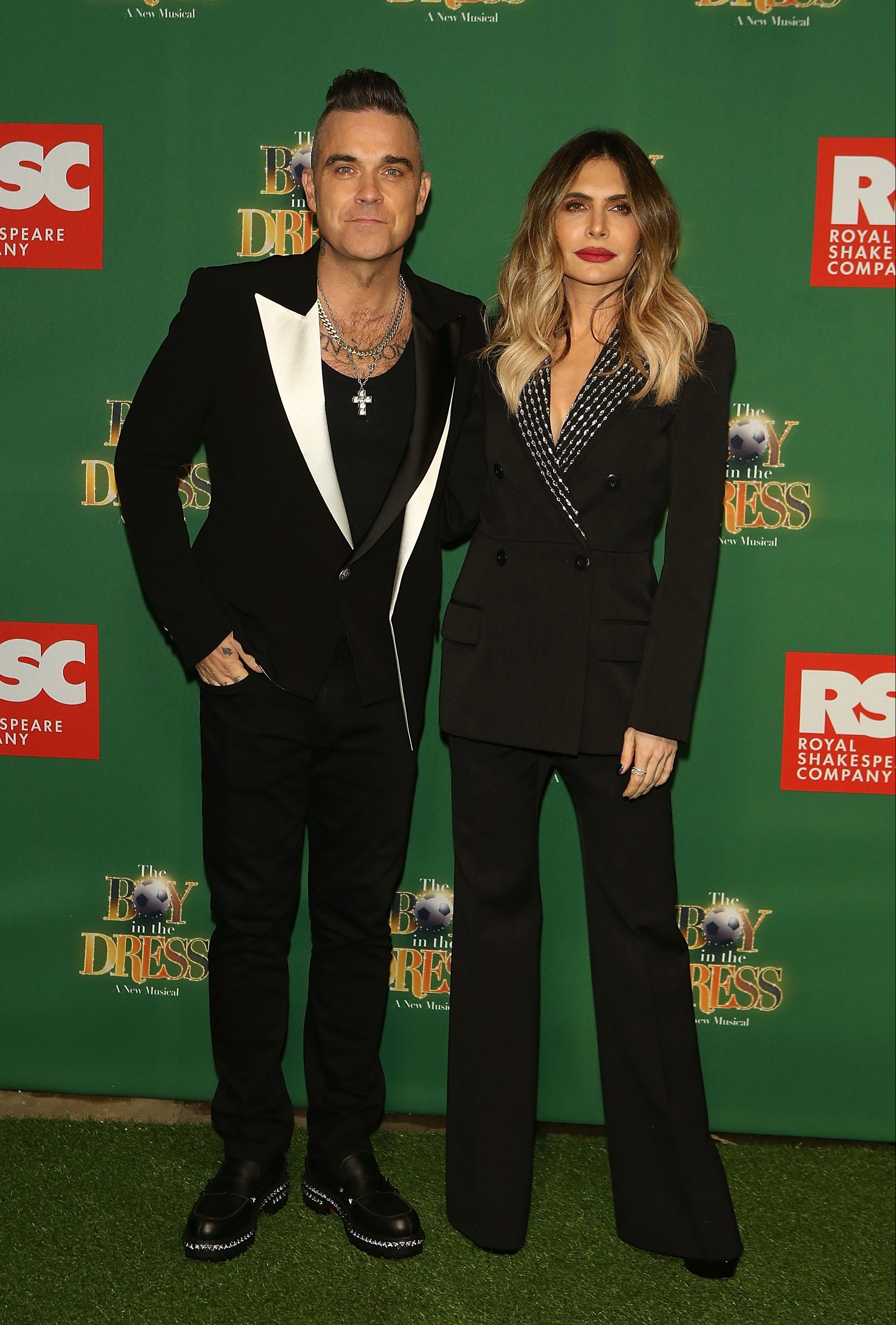 Ayda says Teddy, seven, understands the concept of fame and fears she’ll resent them for keeping her under wraps when she’s older.

Robbie said: “I think she thinks we are being mean. Imagine that therapy session, ‘All I wanted was a little bit of fame. And Mummy and Daddy wouldn’t let me’.”

In the Instagram Live session, Ayda added: “It’s a good thing she doesn’t know about Harper Beckham because she’d be p***ed at us.”

Anne-Marie can’t recall the past decade of her life due to her battle with anxiety.

She told Glamour mag: “If I look back at the last seven to ten years I can’t remember them. Anxiety almost blocked me from thinking normally and remembering.”

Selena Gomez is look- ing after a puppy during the virus outbreak, a pal for her dog Winnie.

She said on Instagram: “They are getting along well. A few of my friends are fostering right now, just to give animals a safe place. I have to keep her.”

Kesha has written a song inspired by meeting her idol, actor Nicolas Cage.

Little Mix’s Leigh-Anne Pinnock has organised her wedding to footballer Andre Gray, which might surprise him.

Asked which band member will wed first, she told Cosmopolitan mag: “I’ve planned a wedding next year and I’m not even engaged.”

Girls Rayes me up

No wonder Raye looks so pleased with herself in this snap, she says the music industry is changing for the better.

The British singer-songwriter believes female artists are no longer competing against each other and are now championing others to succeed. 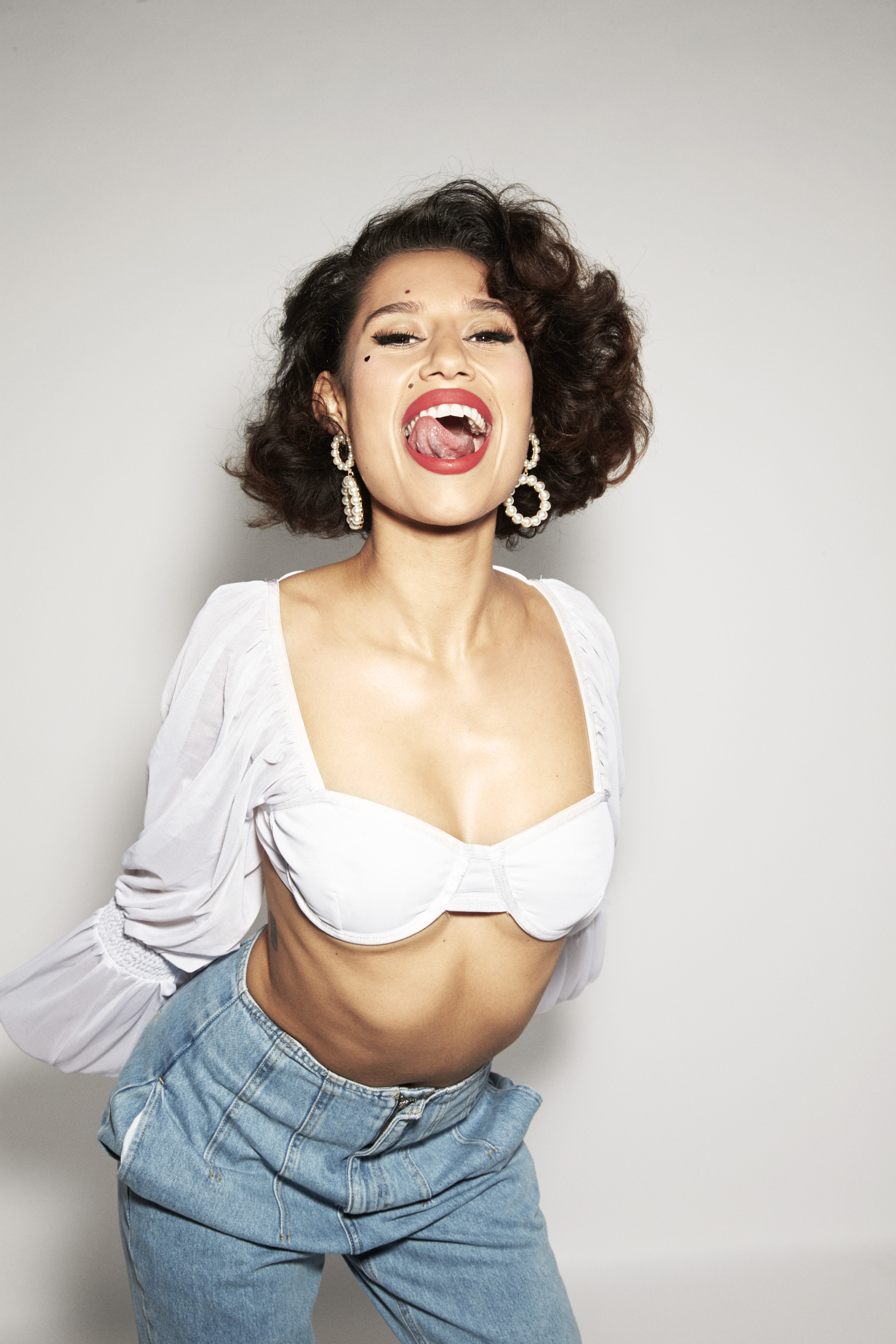 Raye, who filmed a special stripped-back version of her song Please Don’t Touch, which is live on Hunger’s website today, told the magazine: “I want to see my girls win and they want to see me win.

“Back in the day it might have been more this idea that if another girl in the industry gets on a radio playlist then I won’t get on it, so she’s like my enemy.

“We don’t have this any more, people decide what they like and streaming decides what is good. People in the industry don’t need to be competitive, it’s actually real now.”