Law & Order: Special Victims Unit fans have been left devasted following the news that Kelli Giddish will be bowing out of the NBC drama in its upcoming 24th season.

The 42-year-old actress has been portraying Detective Amanda Rollins in the long-running police procedural since 2011 and will be turning in her badge in the first half of the new season. But now, the series showrunner has shed a bit more light on the reason behind Kelli’s exit – and we’re not sure what to think…

WATCH: Are you a fan of Law & Order: Special Victims Unit?

Taking to social media on Wednesday, Kelli broke the news to fans that after 12 seasons on the show, she will be leaving but did not give a reason for her exit. While it remains unclear why exactly she has chosen to depart the series, from her statement, it seems that she’s leaving on good terms, and it’s safe to assume that the actress was just ready to move on from the series and explore other opportunities after spending over a decade in the same role.

MORE: Law & Order has major crossover episode with spinoff shows planned – and fans will be thrilled

However, not long after her post was uploaded, new showrunner David Graziano – who was recently announced as Warren Leight’s replacement – took to the comment section to express his sadness at her departure but left fans a little confused after claiming that the circumstances around Kelli’s exit are “more complex than they appear”. 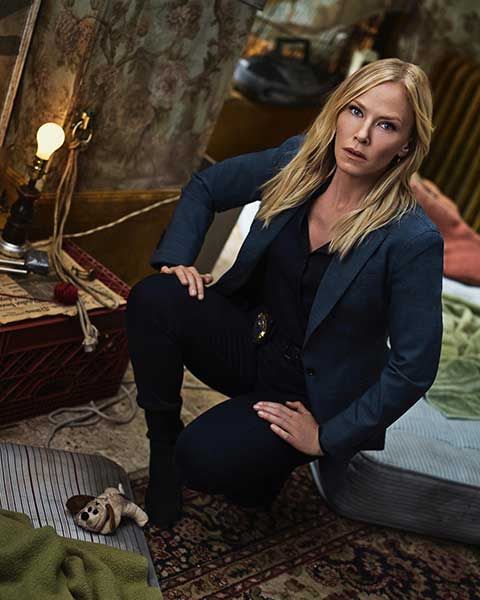 Replying to a deleted comment from a fan, he wrote: “You might take a moment to entertain the idea that things are more complex than they appear in a world of emojis and tweets. All I’ll say is Kelli has handled this with the most incredibly classy comportment.”

He continued: “She is, without a doubt, one of the finest industry professionals I’ve come across in my 24 years of writing television. I’m saddened by her looming exit. It’ll be my lucky day if I ever get to write for her again.” 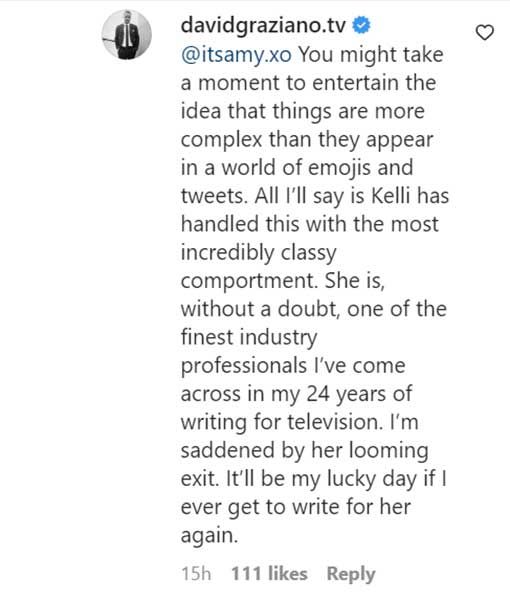 Kelli’s post read: “I wanted to address the chatter I’ve seen online and let everyone know that this will, indeed, be my last season on Law & Order: SVU. Playing Rollins has been one of the greatest joys and privileges of my life. I’ve been so fortunate to be a part of the ‘Law & Order’ family for the last 12 years.

“There is simply no other character on TV like Rollins. She’s grown and changed, and I have as well. I started on this show when I was in my late 20s and I’m grateful I got to spend so many of my adult years with Rollins in my life.”

She then thanked creator Dick Wolf, as well as Mariska Hargitay and her other co-stars, before concluding her statement: “I’m so excited to take all the things I have learned in my time on SVU and put them toward everything that’s next to come.”