LAUREN Goodger has been forced to cancel her huge birthday party – and says that she'll take five friends to TGI Fridays instead.

It comes after the Towie star, 33, took to Instagram last night to start planning her special day, despite Boris Johnson banning people from meeting up in groups larger than six to stop the spread of the deadly bug. 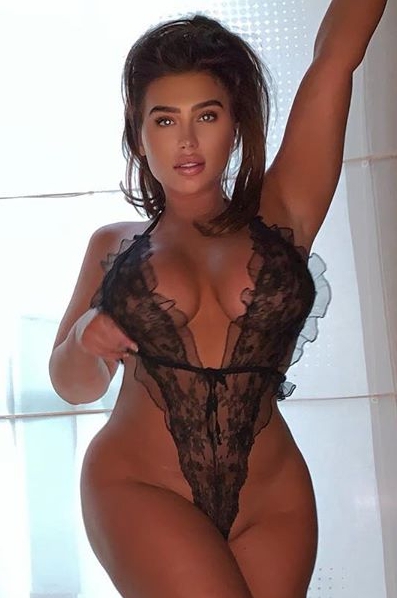 Lauren shared all of her celebration plans with her 753k followers on the social media platform before settling with the idea of a huge birthday bash in an Essex mansion.

But since then Lauren has had a change of heart.

She took to her Instagram Story earlier today and wrote: "Hey everyone due to new Borris rules (6 people) I won't be having a birthday party this year so everyone I've mesaged and who is coming it's no longer going ahead.

"Thank you to everyone though I no it was going to be lit. 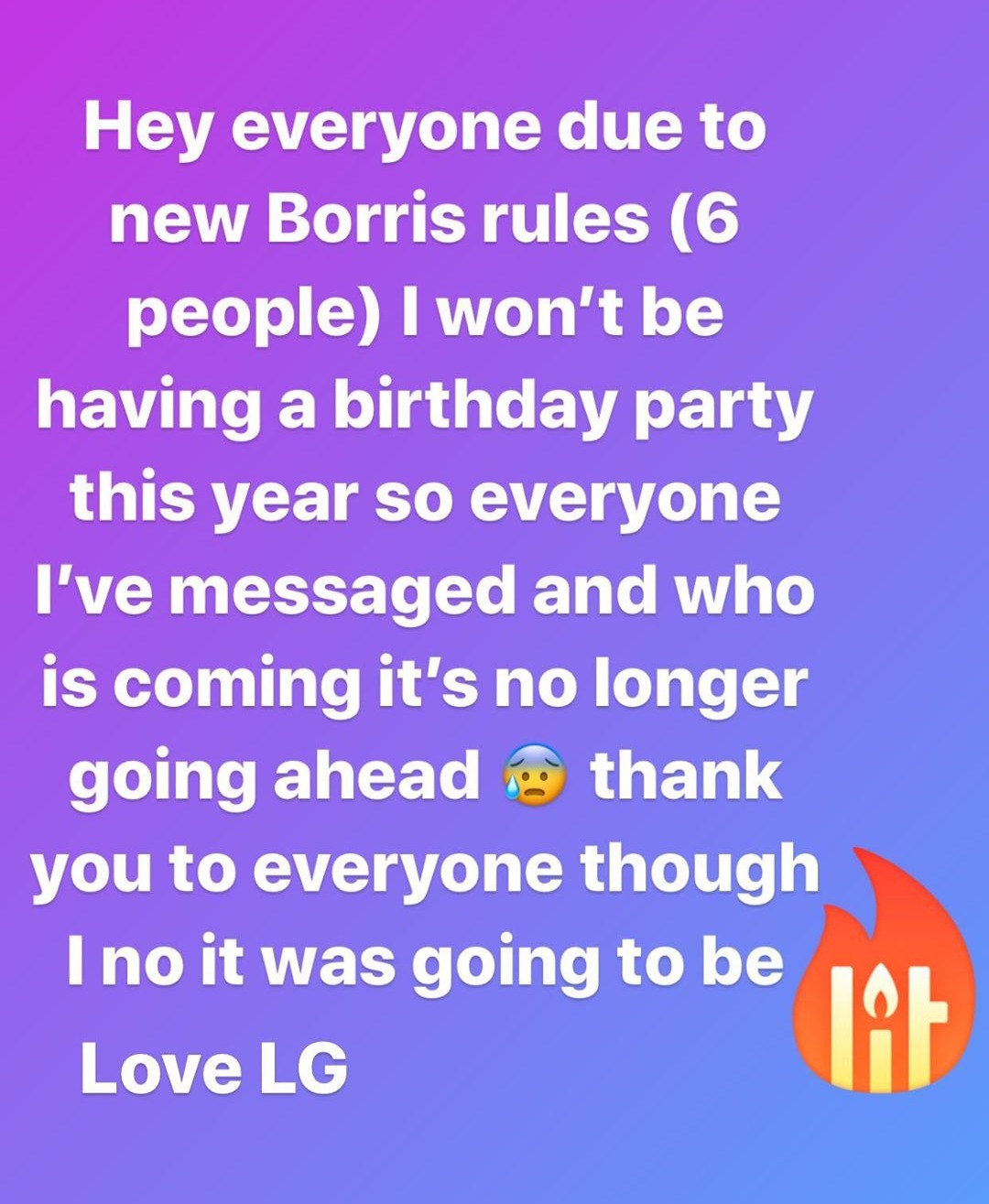 The beauty then asked if any of her followers if they had any ideas on what she can do instead of her big birthday bash.

Lauren put told fans that she loves anything that will get her adrenaline running and would ideally love to end it with a slap up meal in TGI Fridays.

She added: "I want to do something fun and active for my birthday was thinking go karting? 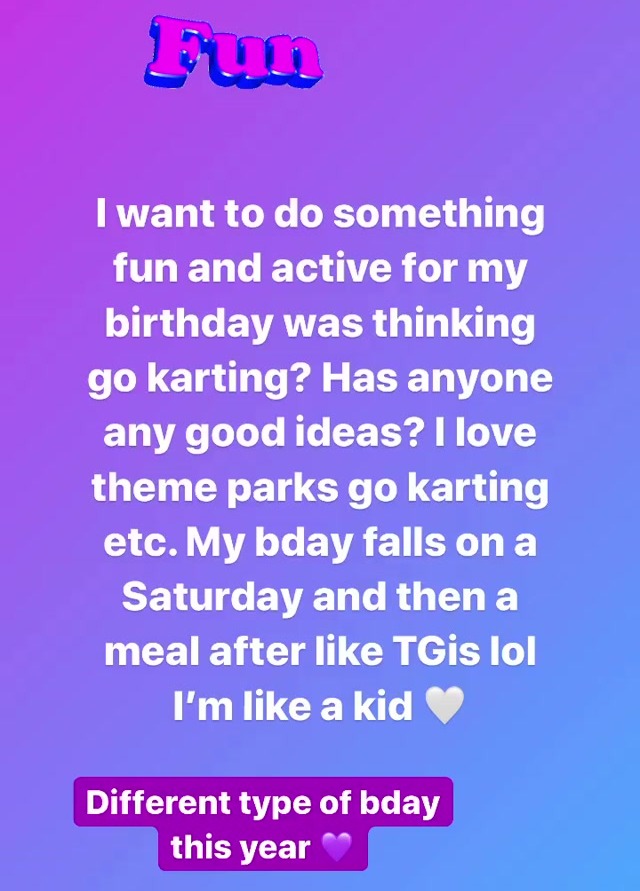 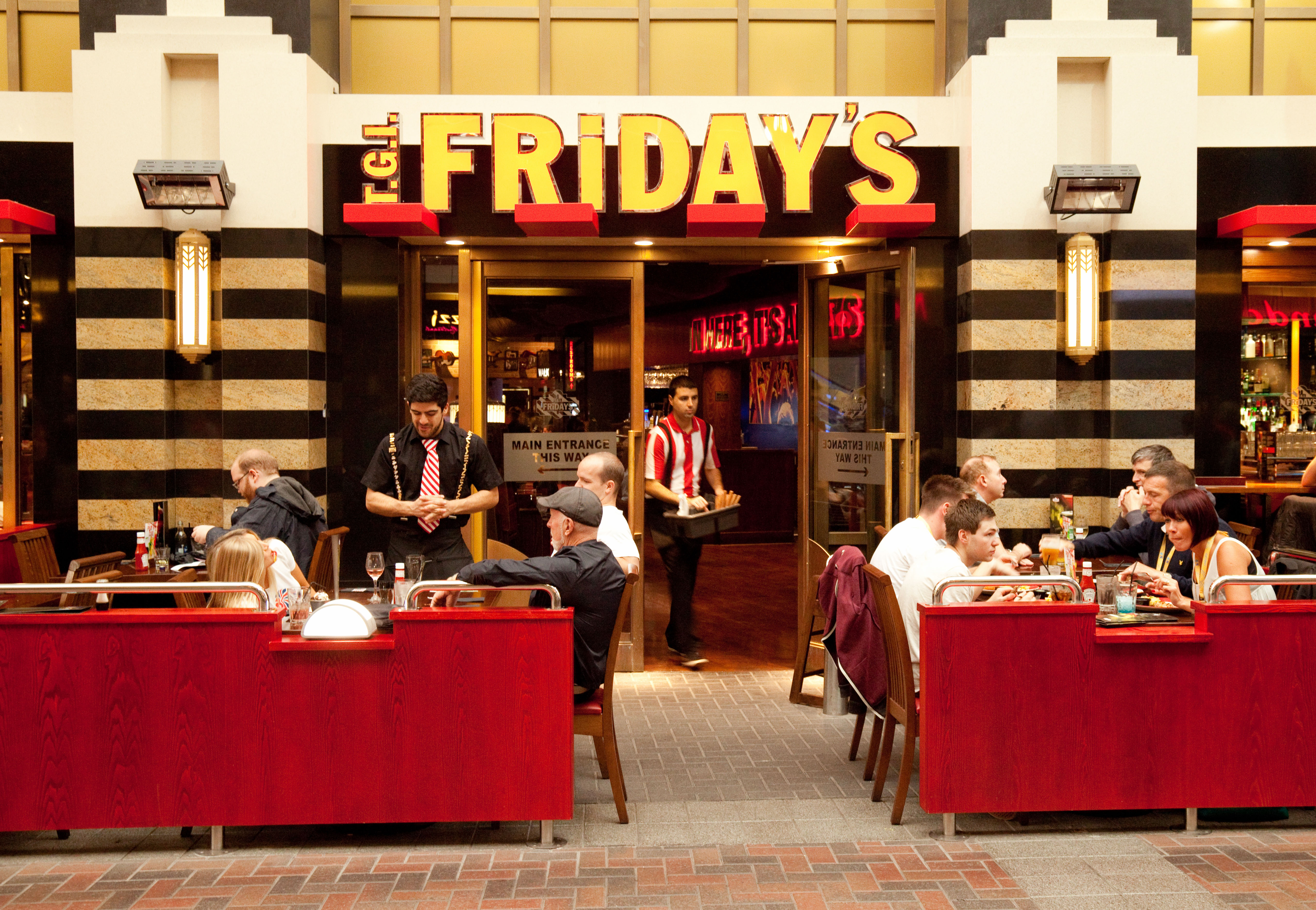 "Has anyone any good ideas? I love theme parks go karting etc.

Before adding: "Different type of bday this year," alongside a purple love heart emoji.

Despite the Prime Minister announcing the new guidelines during the coronavirus press briefing yesterday, Lauren was adamant she wouldn't let him spoil her plans. 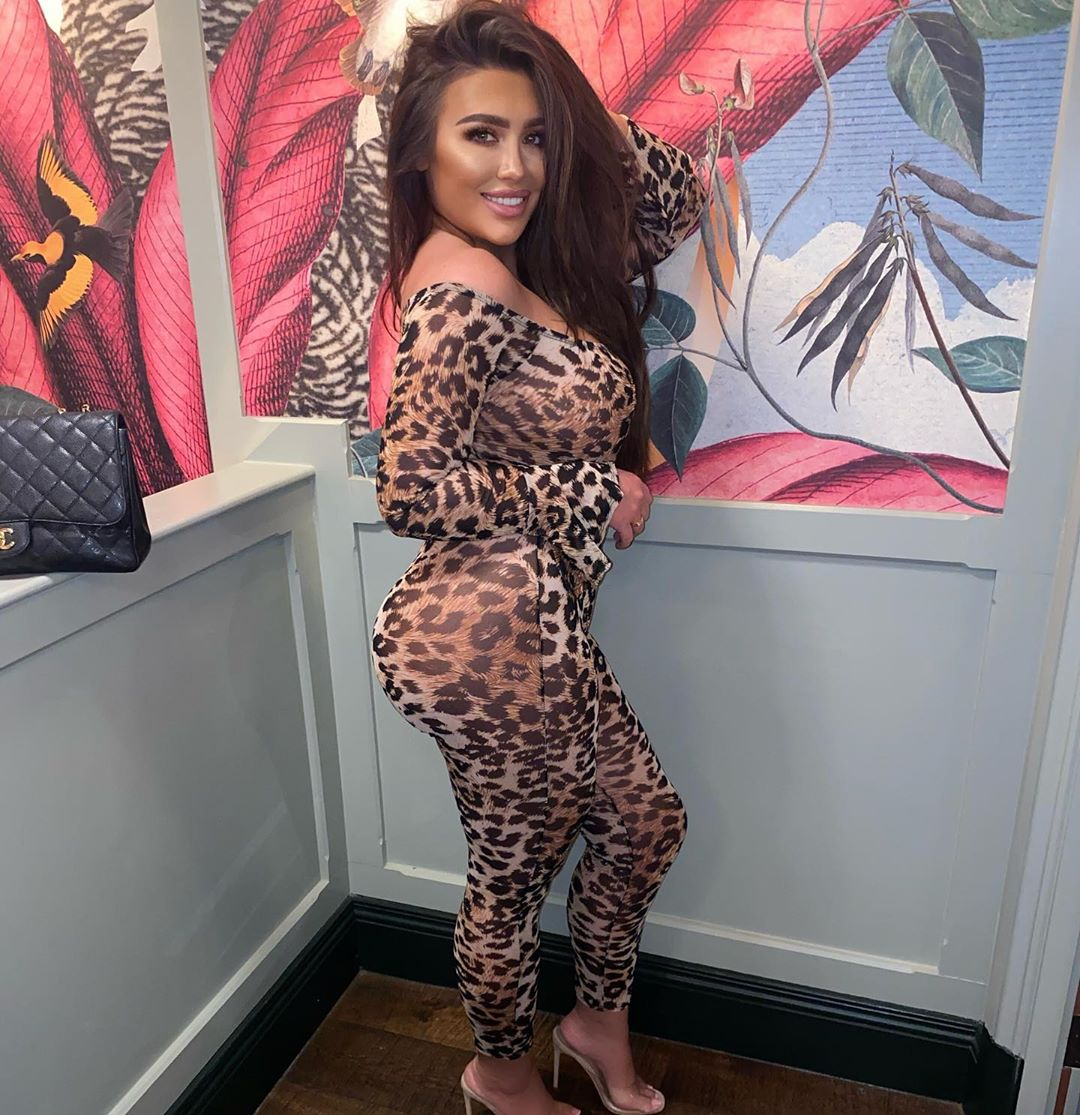 Lauren posted in defiance of the new rules, writing on her Instagram Story: "64 million people took advantage of the 'eat out to help out' scheme, that's 64 million people that actually sat in a restaurant with no mask and guess what? They all survived!!!"

Continuing to ignore the incoming rules, she wrote: "Going organise my bday!!! Soooo details to follow happy for everyone to come hahahaha! I am going with my friends dinner drinks and a maddd party choosing locations now restaurant – club [sic.]".

She then kept her fans up-to-date on her birthday plans, even including a screenshot of her friends' WhatsApp group, titled: "My birthday 19th sept".

The star captioned the pic "When you get told to leave ya own birthday chat! Ok my bday plans in your hands!!" 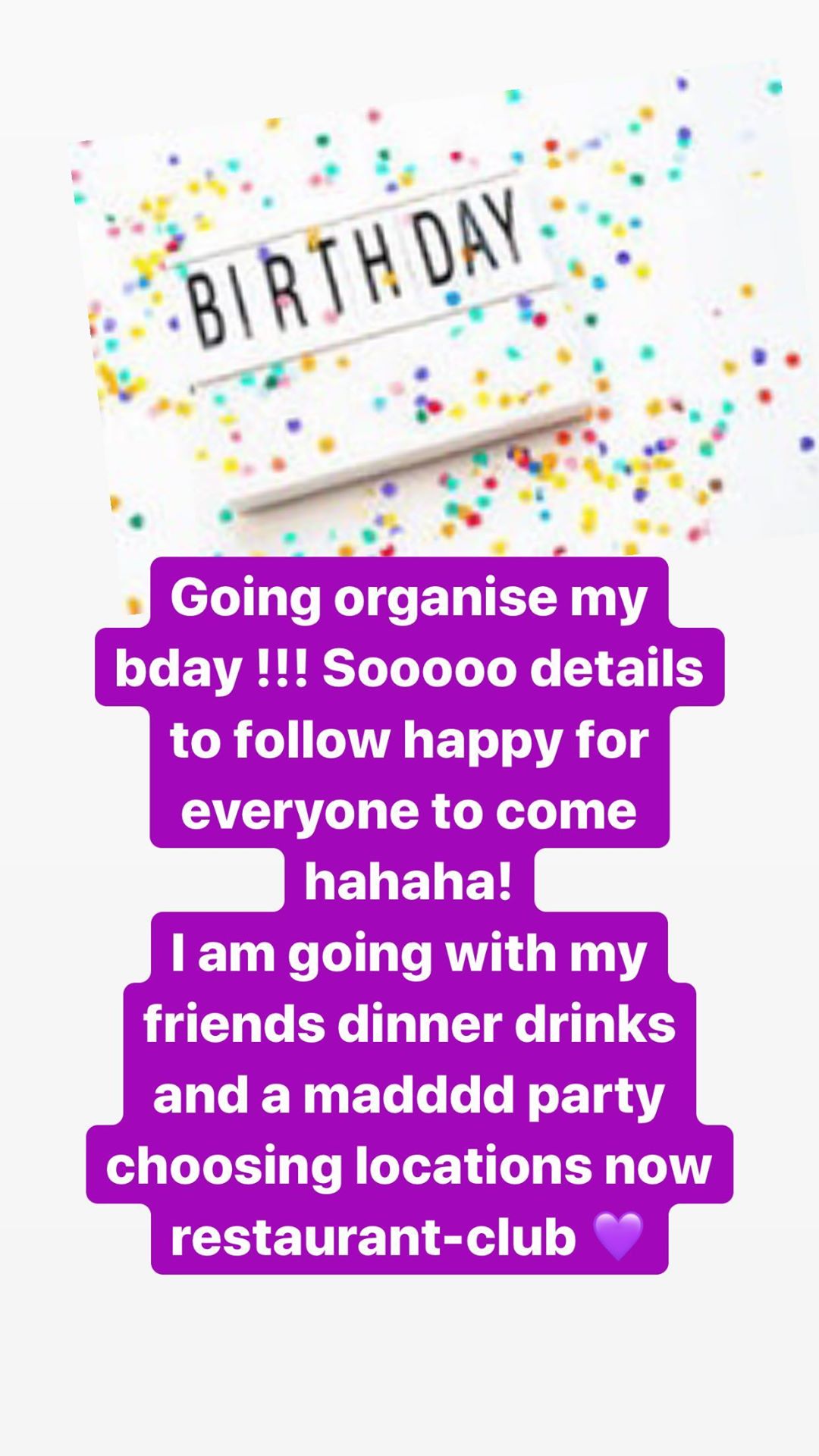 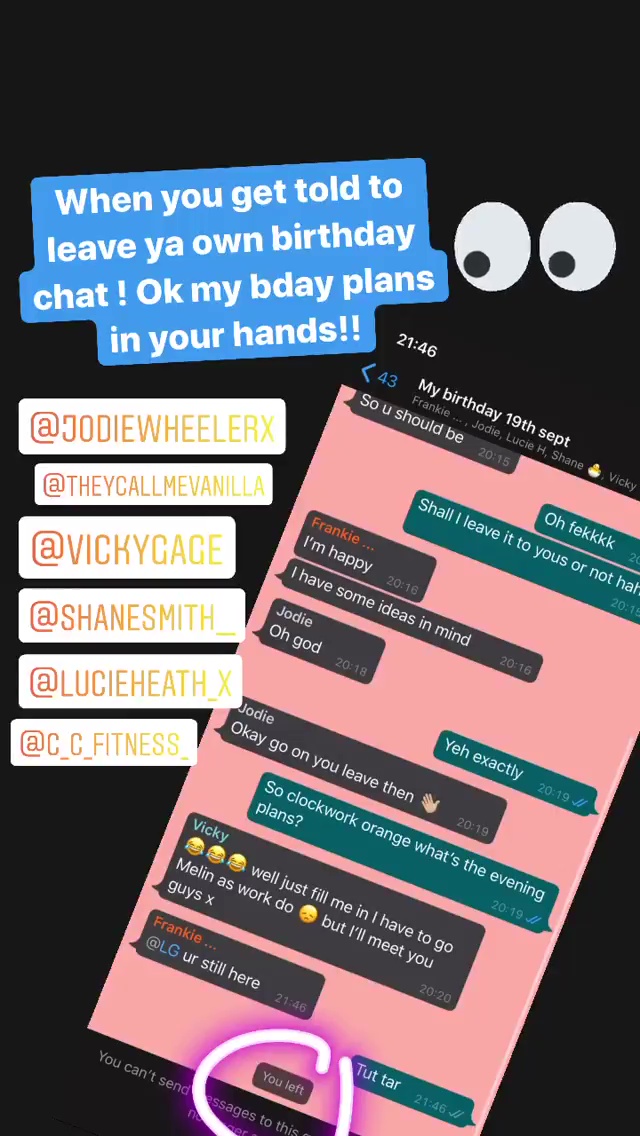 Then she confirmed a party was on the cards, saying: "Ok looks like I am renting a mansion for my bday and having a weekend party… details to follow !!!"

After she shared a photo of the Essex mansion, complete with outside decking, multiple bedrooms and a dining room, which she labelled: "My birthday venue pending".

Lauren asked for a mini bus driver, outfit and makeup artist, before finally inviting her friends.

The final post read: "Can you dm me if you want to come to my birthday party on 19th sept ! I'm booking a venue due to new lockdown! Please dm so I can put you on the list ! This is my friend work colleagues and family. 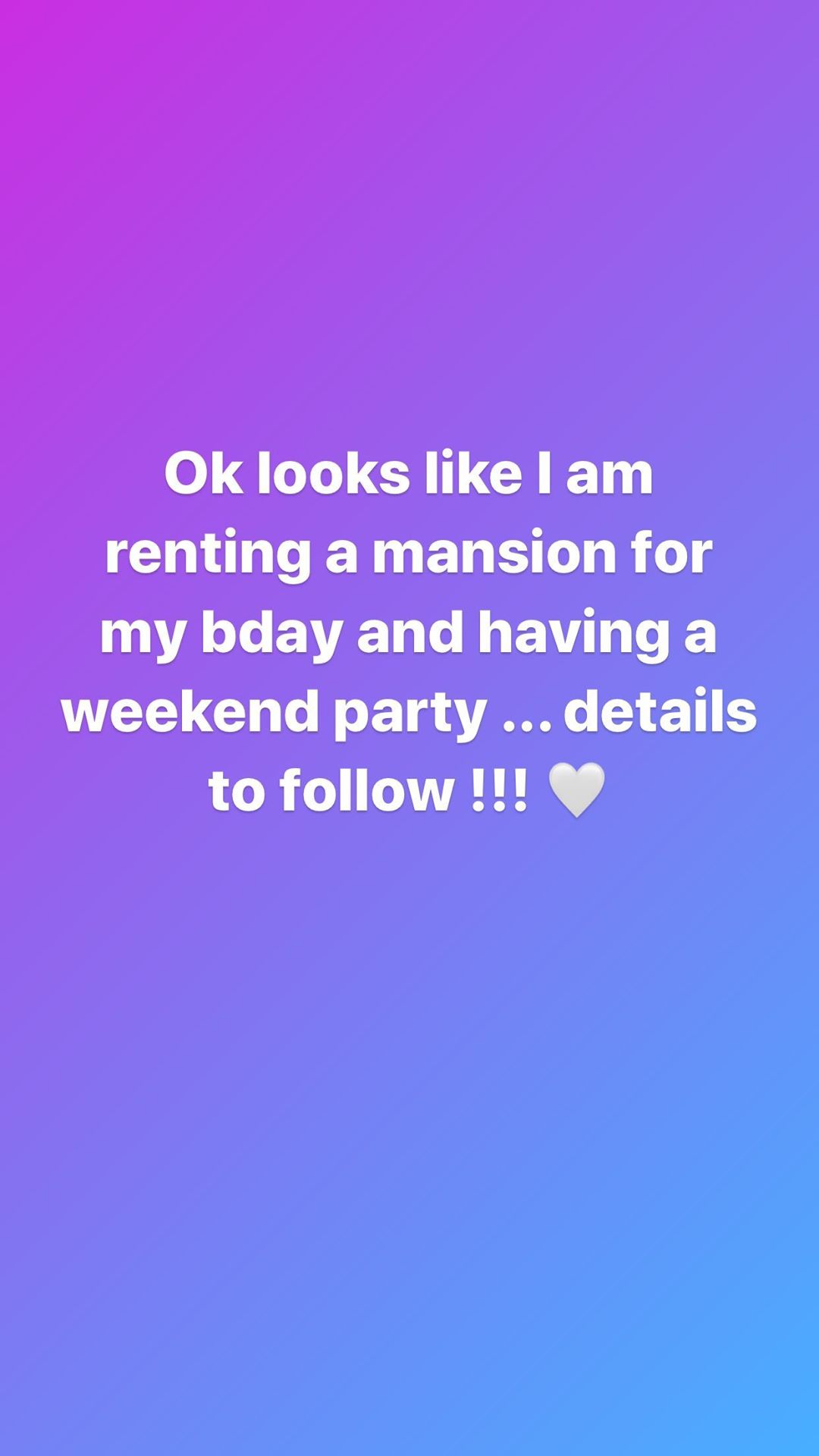 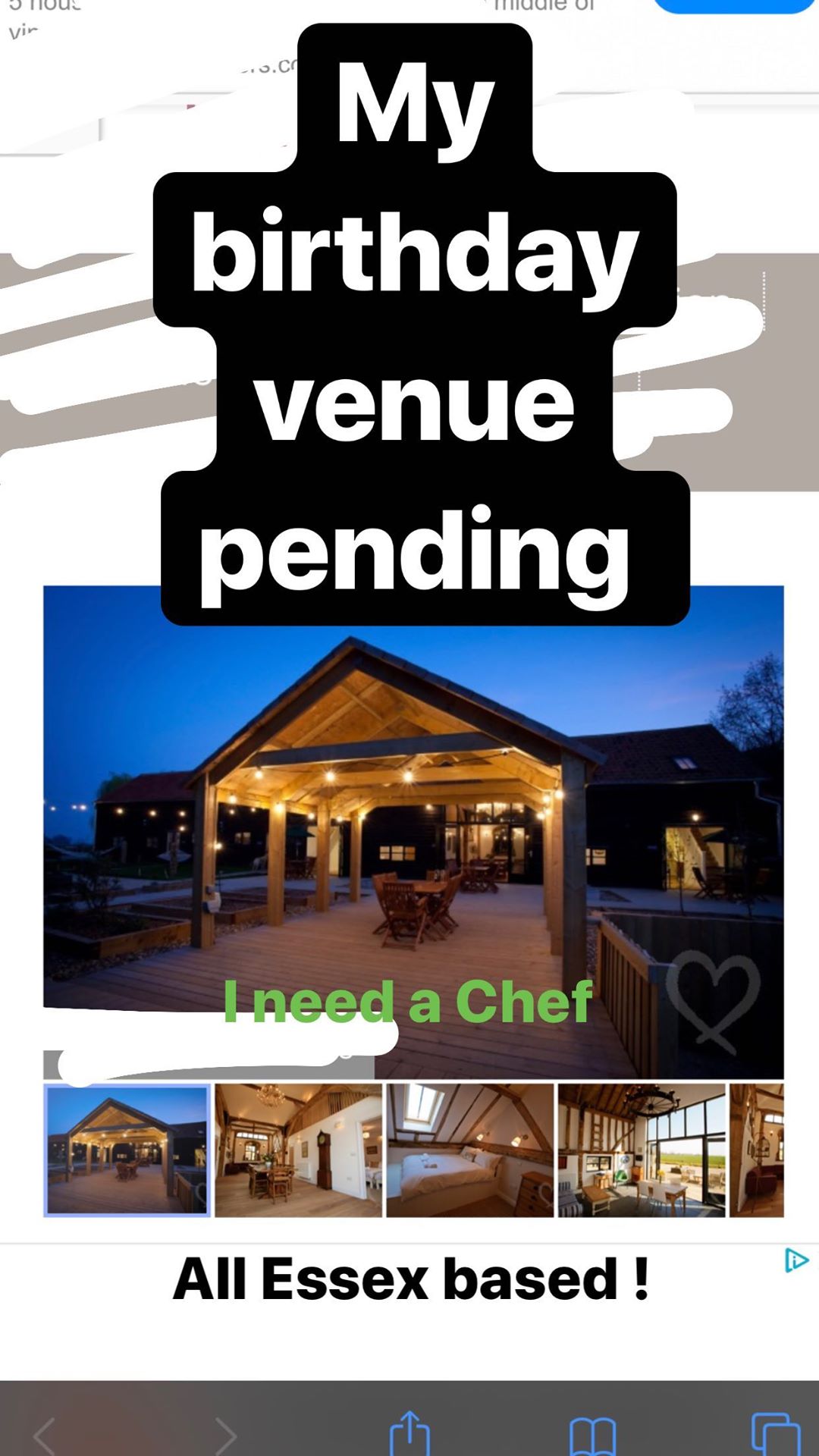 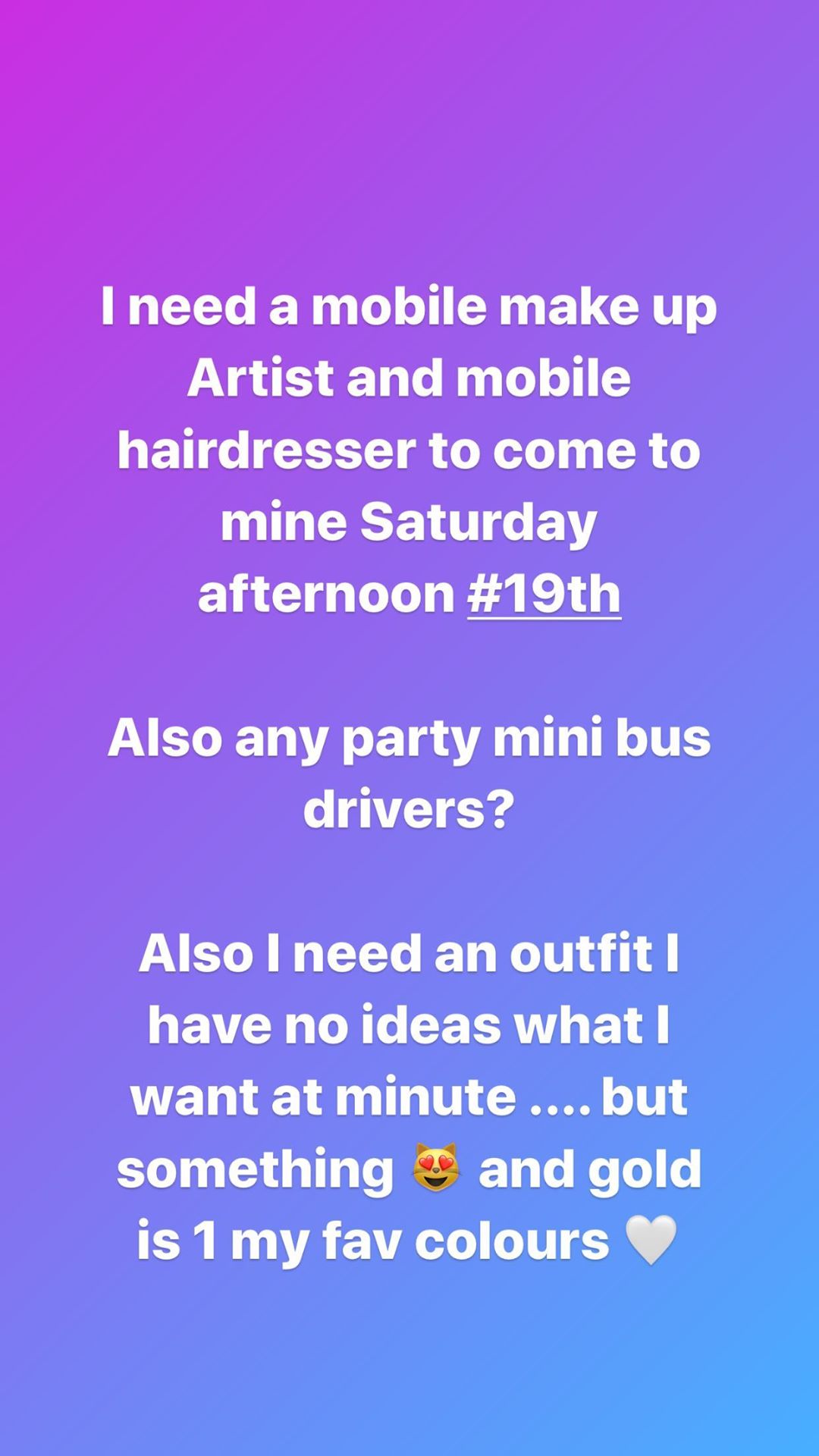 The UK are set to face tough new restrictions as the number of those allowed to gather is slashed from 30 down to six.

The clampdown comes as Covid-19 cases continue to soar across the Britain.

Under the current rules, no more than 30 people can meet inside with up to one other household, but from Monday it will all change.

There are some exemptions to the rule of six, including those from large families, support bubbles and it will also apply to weddings and funerals too.