KOURTNEY Kardashian has shown off her humble Christmas decor including a $49 Target-bought Santa's Mailbox after Kim is slammed for her extravagant trimmings.

The Hulu star provided fans with a peek at her "favorite nostalgic Christmas decor" on her Poosh website. 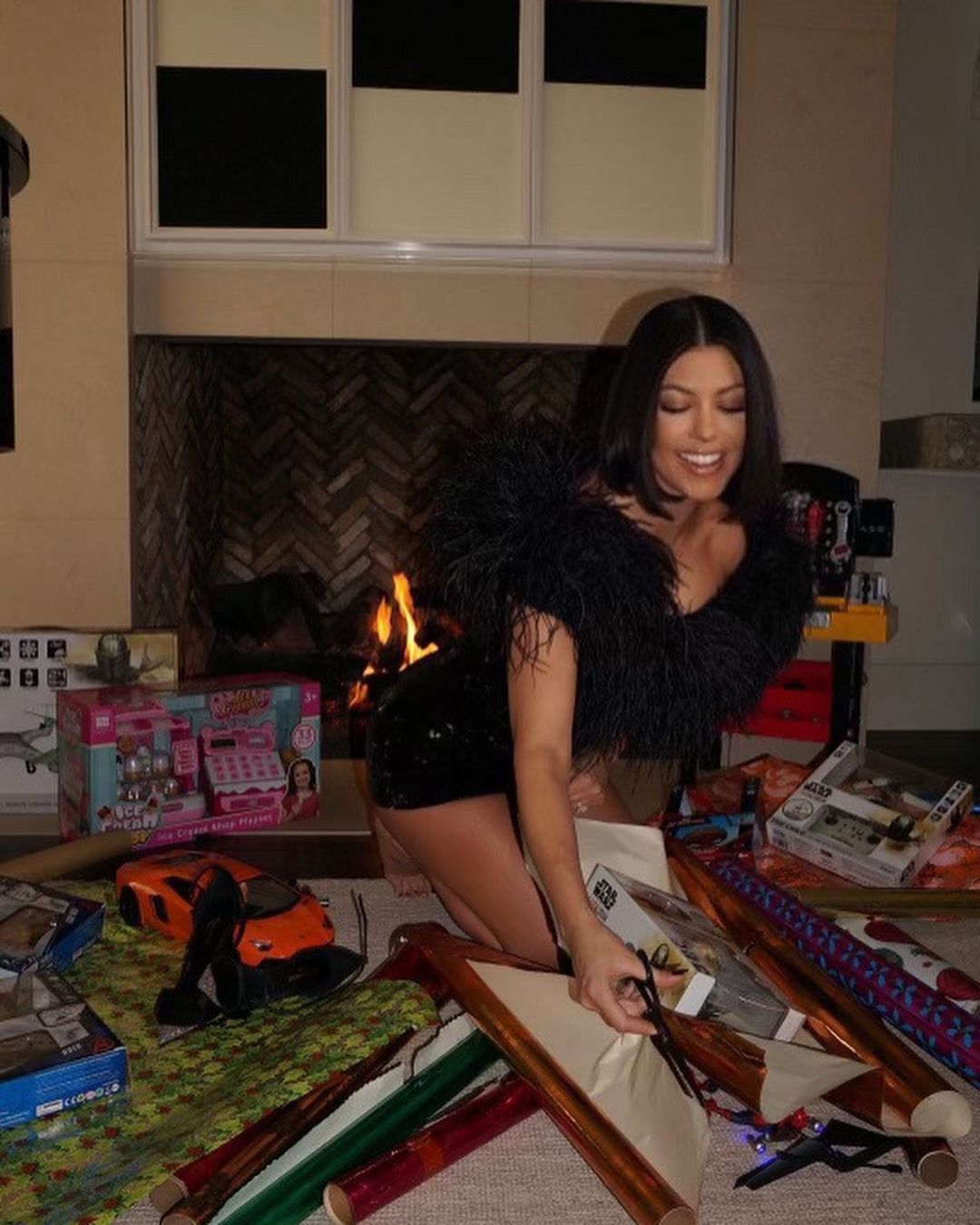 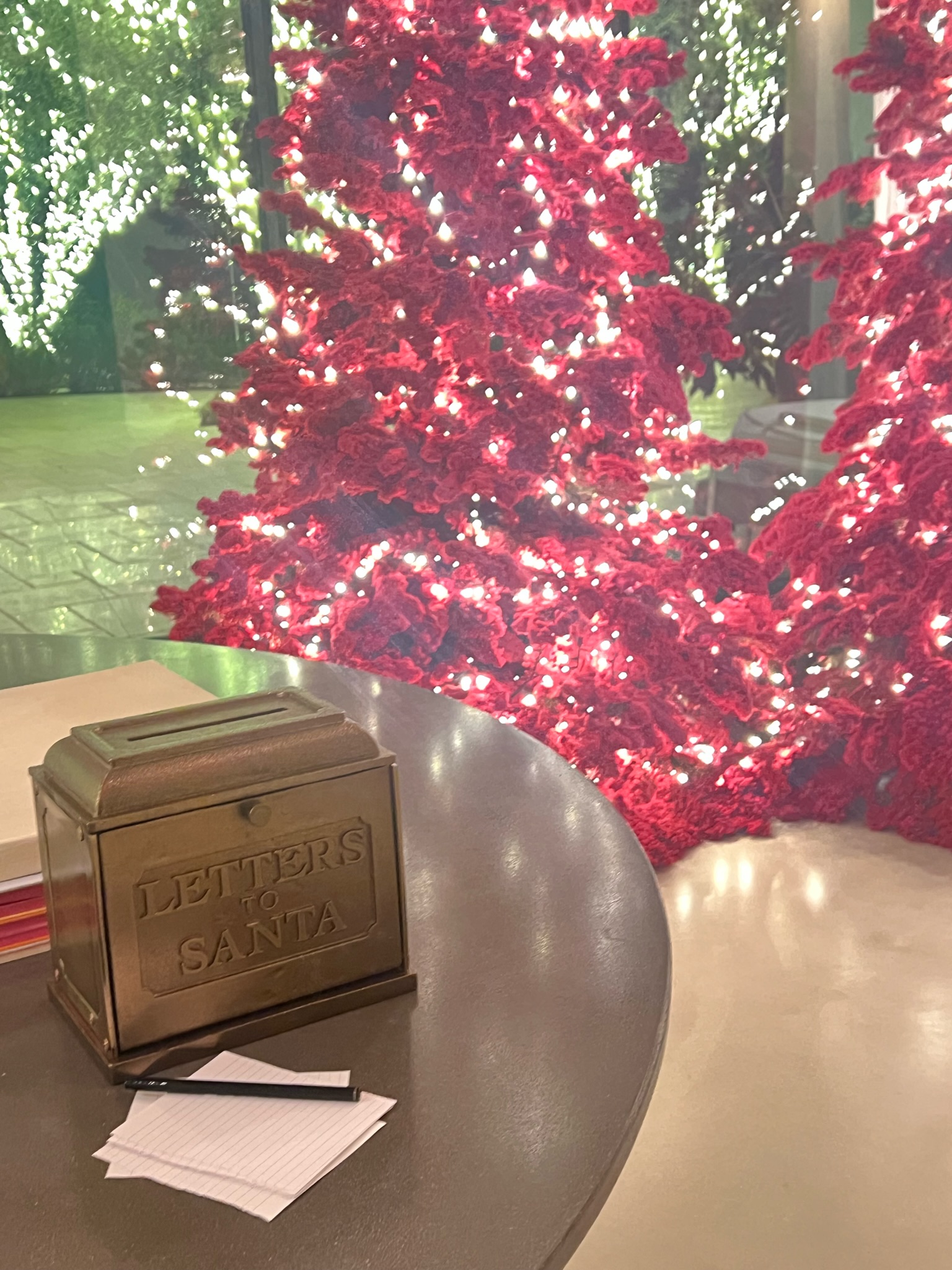 Kourtney, 43, took to Poosh, which is described as "the modern guide to living your best life," to list her favorite holiday items while also sharing "special information about each nostalgic piece."

The first Christmas decor items presented were "Red Christmas trees" that, as the Lemme founder described, were flocked red with a "non-toxic, clean flocking material to use on real trees, so they still smell amazing."

She also explained: "I always start each holiday season by gathering ideas and vibes and finding imagery on Pinterest that resonates with me."

The next item was a Letters To Santa Painted Metal Mailbox, that she and her husband Travis Barker, 46, purchased from "Target this year." 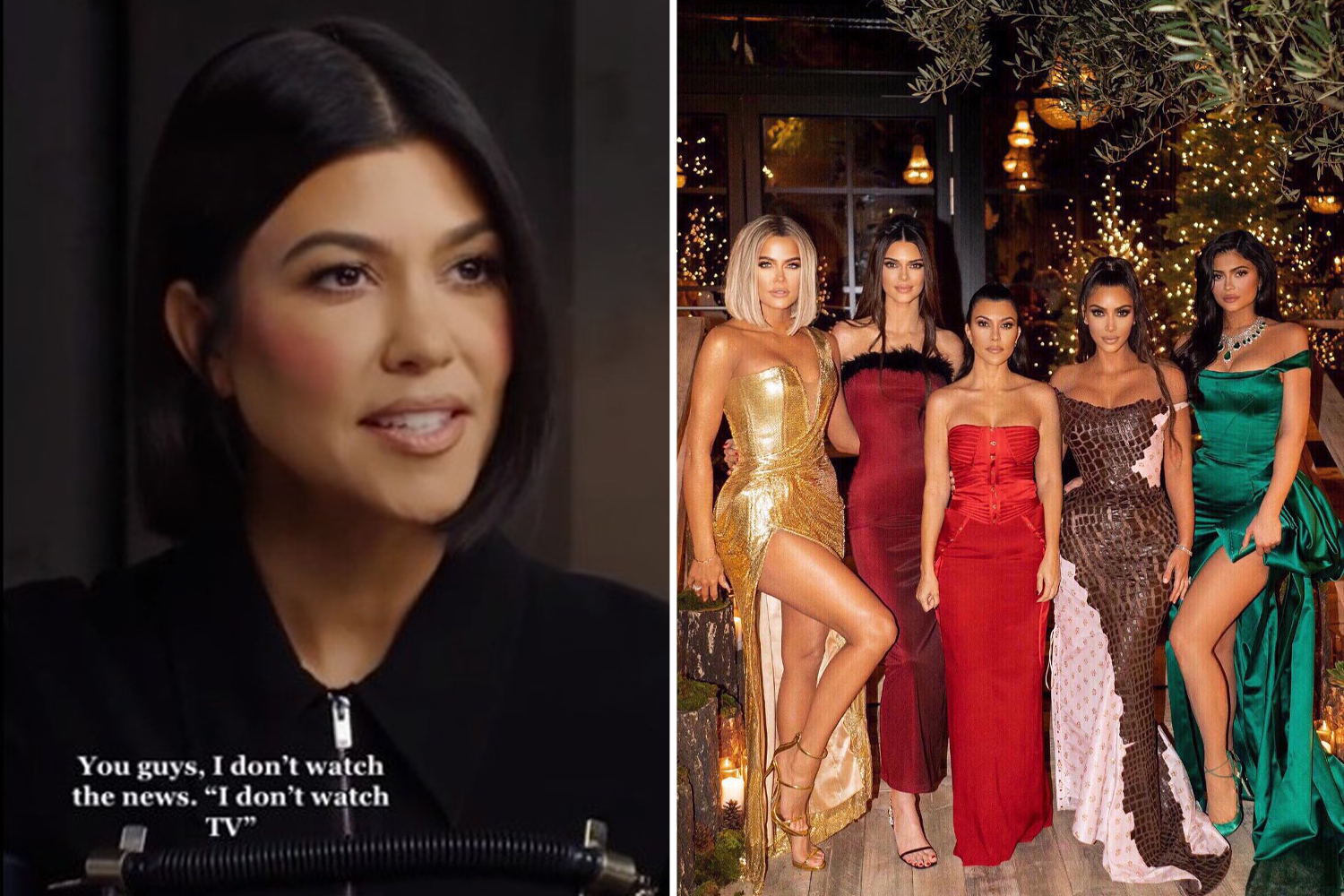 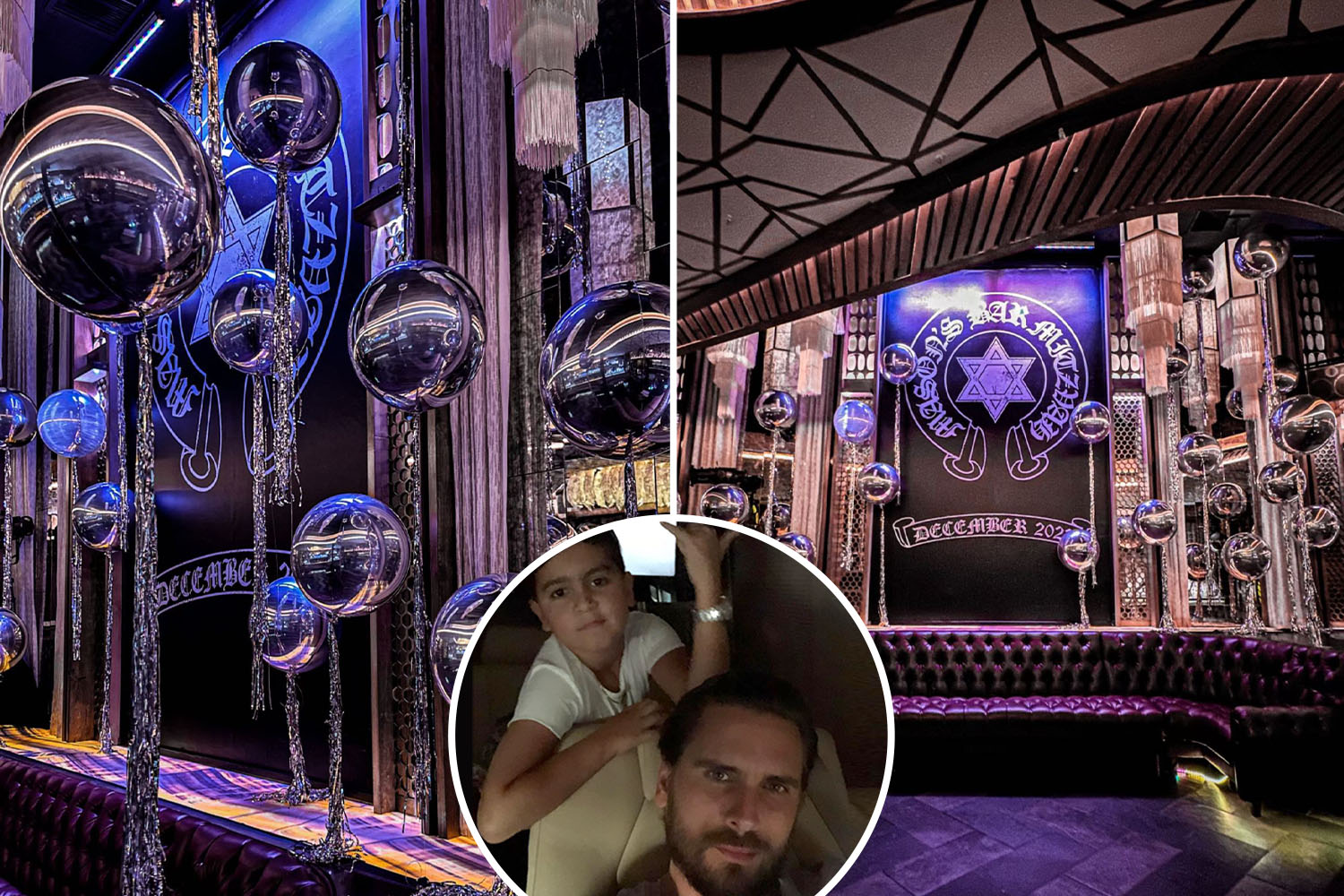 The mother-of-three added: "My kids and I always love writing letters to Santa—I write one every year!"

A vintage Christopher Radko Snowglobe was showcased next on the list. 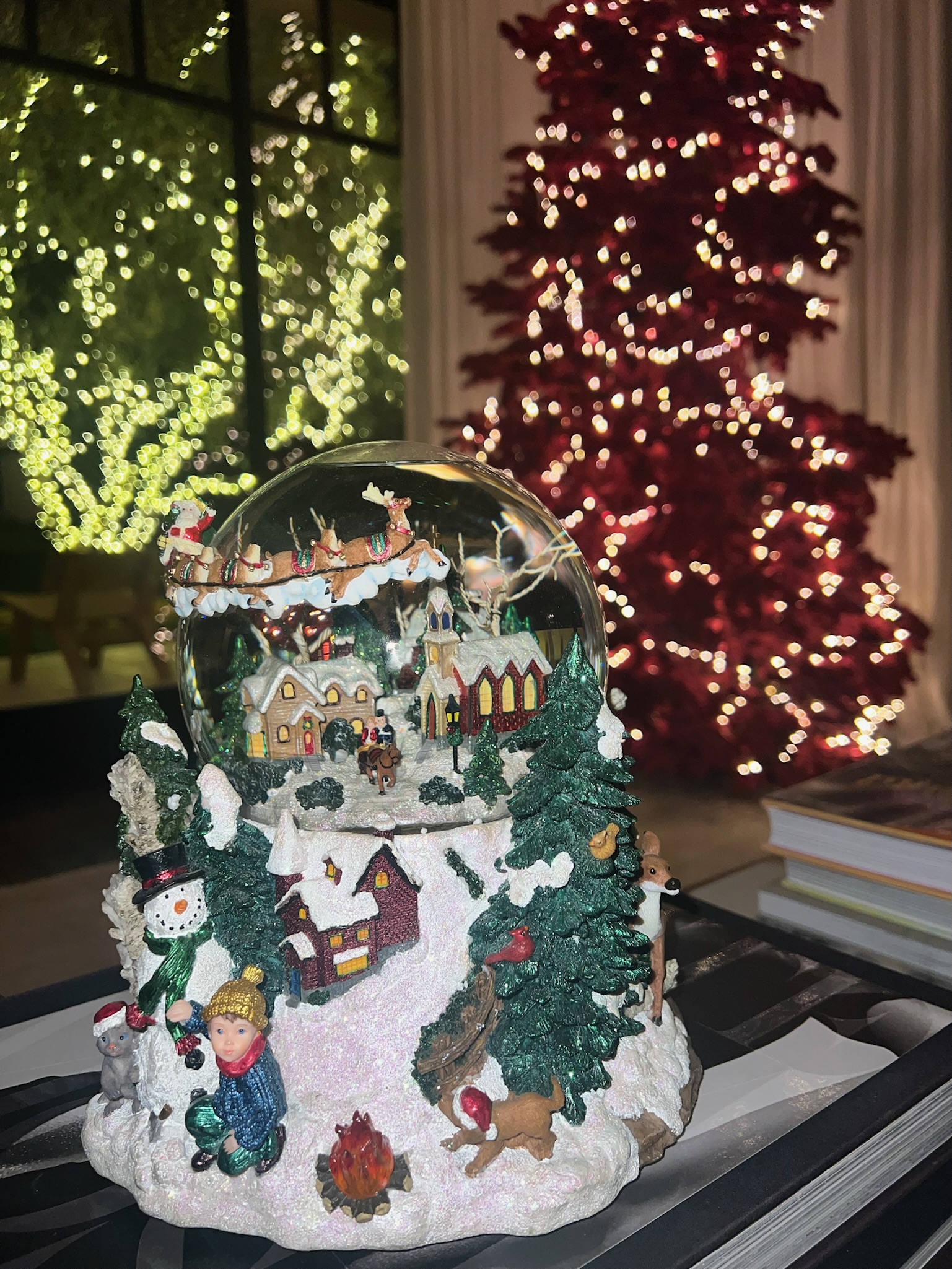 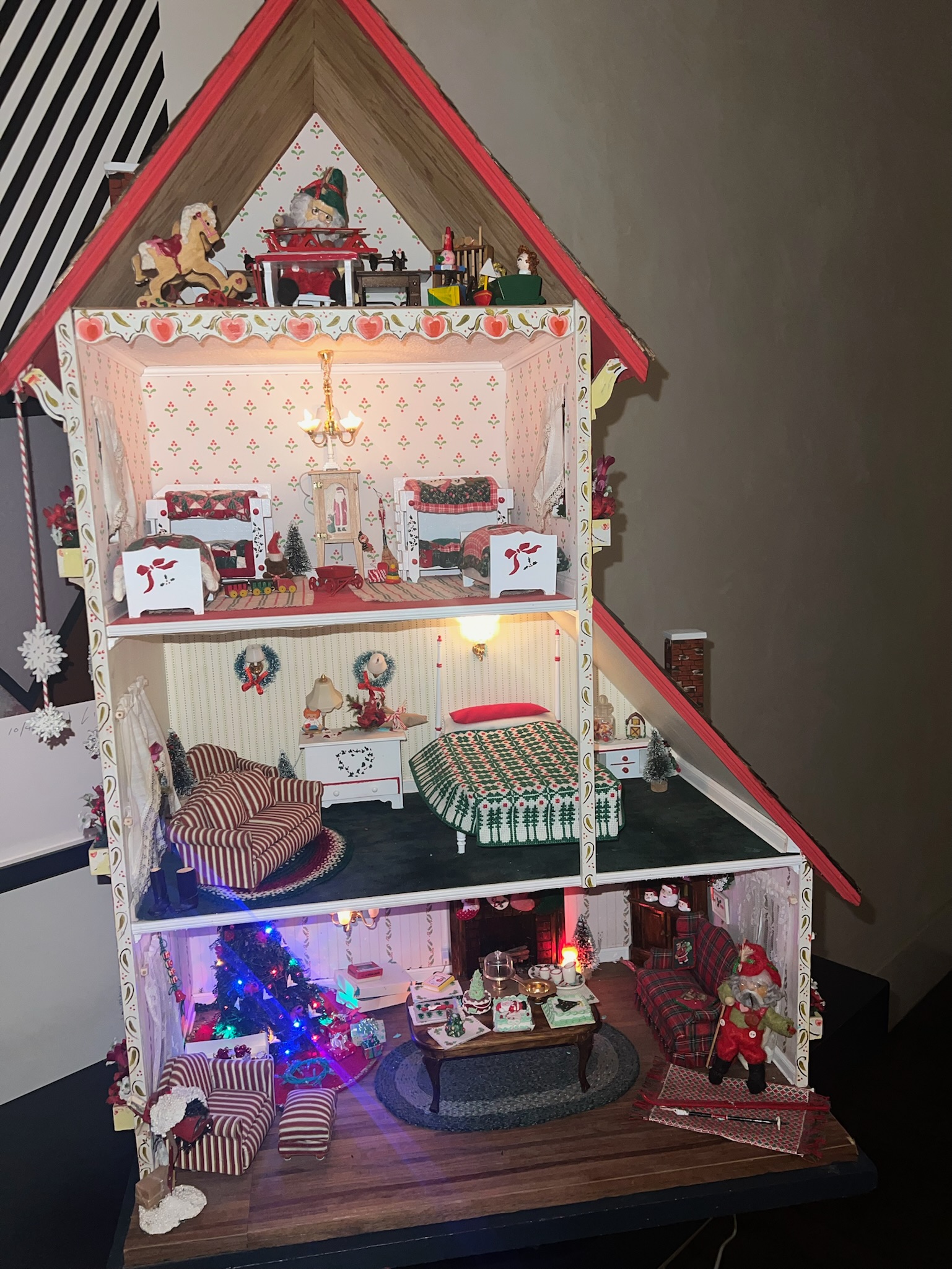 The article explained that Kris Jenner, 67, "collects Christopher Radko ornaments" and that "they remind Kourtney of her own childhood, being mystified by the magic of the holiday decor all around the house."

The Keeping Up With the Kardashians alum reminisced, stating: "I remember being a kid and being so excited to build this dollhouse with my mom when we first got it."

The reality star continued: "I still get equally as excited when I see it every year. It’s one of my most sentimental and cherished Christmas decorations!"

The next items featured were a "Kitchen Santa," which was a vintage Santa Claus figurine, and the ever-popular Elf On A Shelf doll.

Kourtney revealed: "Elf on the Shelf is a tradition my kids and I look forward to every year. We love reading the story and watching the movie, and my kids have the best time searching for the elves each day and seeing what they’ve gotten into." 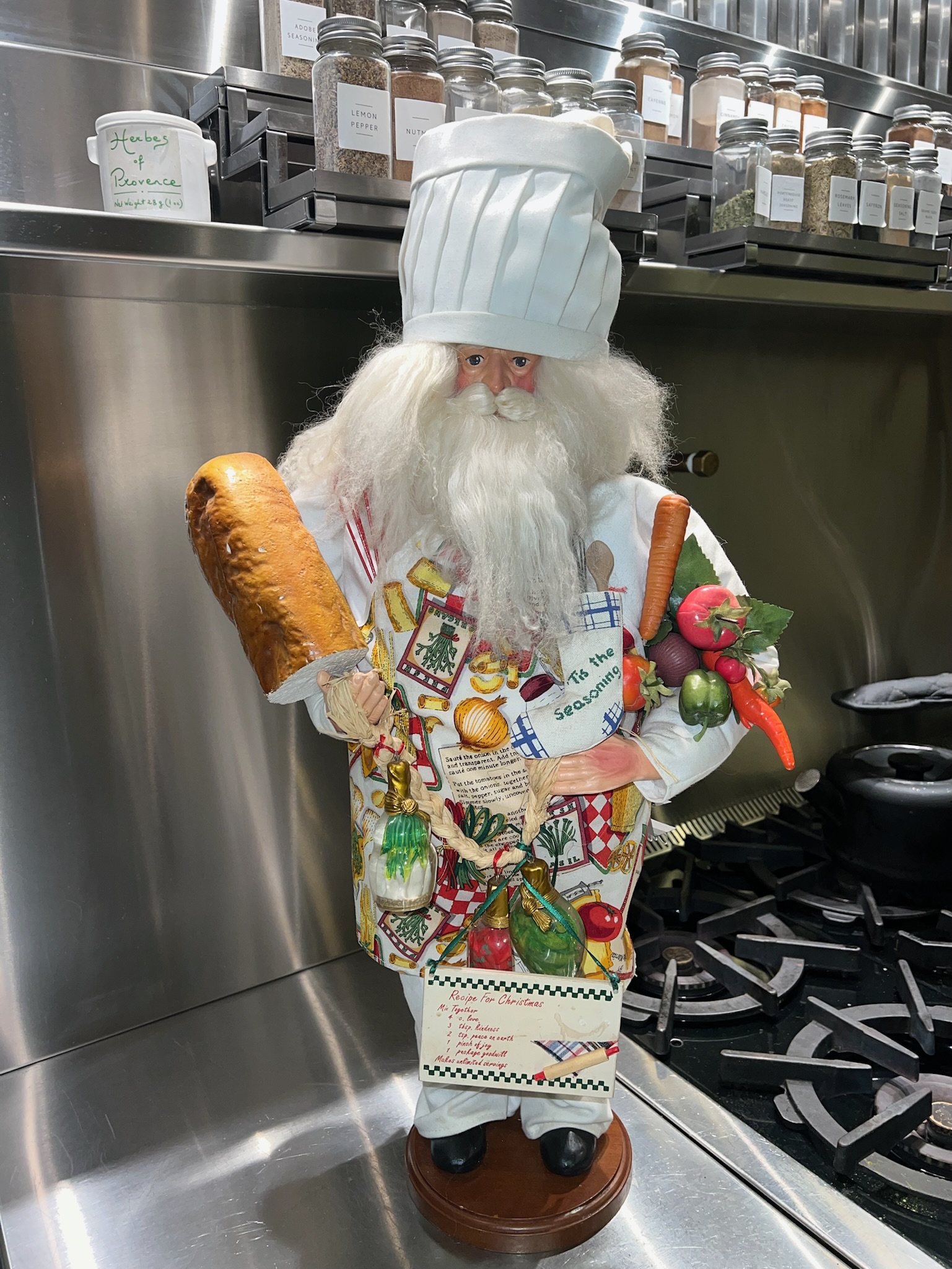 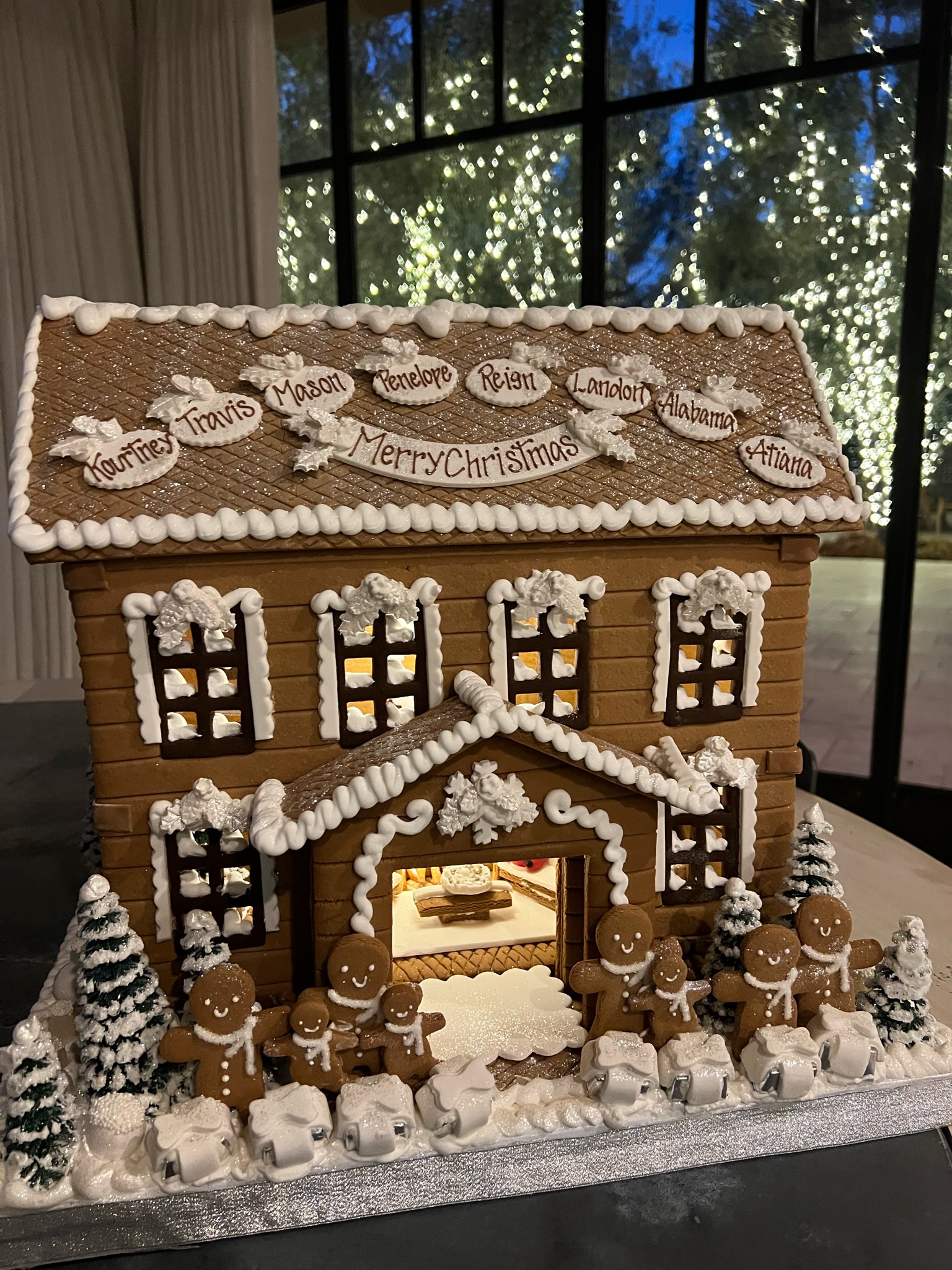 The famous Solvang Bakery gingerbread houses the Kardashian family send to each other during the holidays also appeared on the list.

The article's author explained: "Kris loved Solvang Bakery since she was a little girl when her grandmother Lou would take her to the family-owned spot in Solvang, CA."

A Neiman Marcus toy merry-go-round, Chip 'n Dale winter-themed figurines, and vintage elves rounded out the end of the list.

The final item, a snowman was a fairly recent addition to Kourtney's Christmas Decor.

The 43-year-old stated: “Travis surprised me with this two years ago—the first Christmas we were dating. It’s a vintage snowman, lighted blow mold.”

Kourtney's sister Kim, 42, was ripped by fans for flaunting her over-the-top wealth once again after showing off an extravagant Christmas tradition at her Calabasas mansion.

The Skims founder faced criticism from fans who believe one family Christmas tradition is crossing the line.

The LA native took to her Instagram Stories earlier this month to film her living room as a pianist performed holiday tunes for her children.

The TV personality documented her lavishly decorated Christmas tree and her minimalist home as she captured the musician seated at her baby grand piano.

Kim captioned her post: "It's that time of the year…@philthekeys comes over every morning to wake my kids up by playing the piano while the mad morning rush is happening to calm their little souls and fill it with beautiful Christmas songs."

But fans were appalled by the tradition, taking to Reddit to accuse the mother of four of brandishing her millions of dollars.

"Isn't it so out of touch to have a pianist in your home for Christmas days? Kim uses every type of paid help at her house," one wrote, opening up the conversation.

"She does realize that all her kids probably want is for her to make them some pancakes, give them a hug, and actually spend time with them right? Like what kid gives a s**t about a man who they don’t know playing the piano for them?" a second asked.

A third complained: "Everything they do for the holidays is out of touch."

"OMG every day? That's ridiculous," a fourth asked, while a fifth agreed: "This is what happens when you have too much money, you realize nothing you buy really gives you any satisfaction anymore, because you're so jaded, and you don't know how else to spend it so you just have to come up with ways to do that."

"I wish I had that much money to burn, not gonna lie. But it’s so insanely out of touch considering how volatile the economy has been for normal humans," another ranted.

My friend got the worst Secret Santa gift ever, I worry about her co-worker

"But Kimothy loves bragging on Instagram, so this is nothing shocking to me.

"I cringe thinking about what out-of-control spoiled monsters her children are going to become with all the excesses they get," they closed. 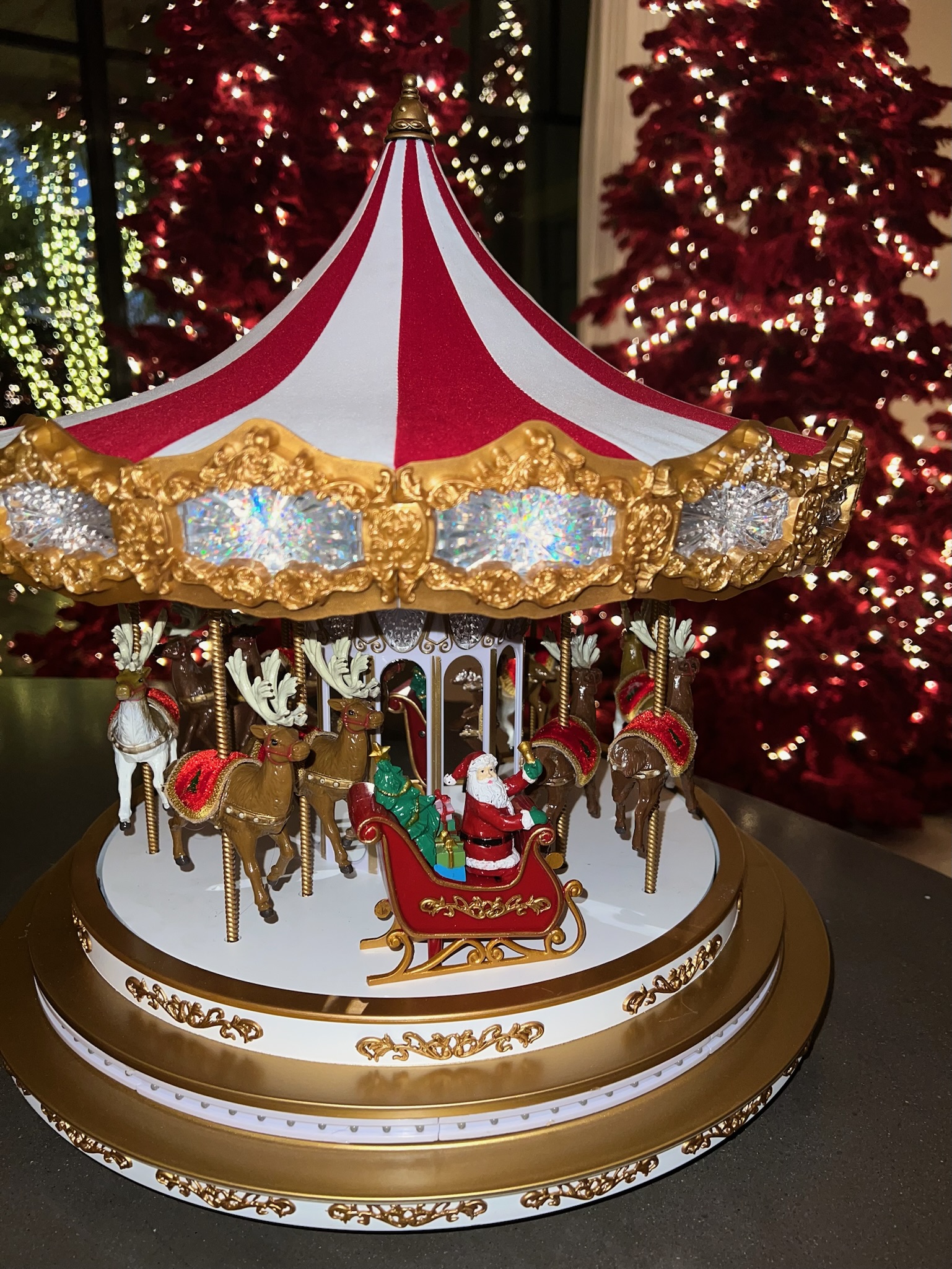 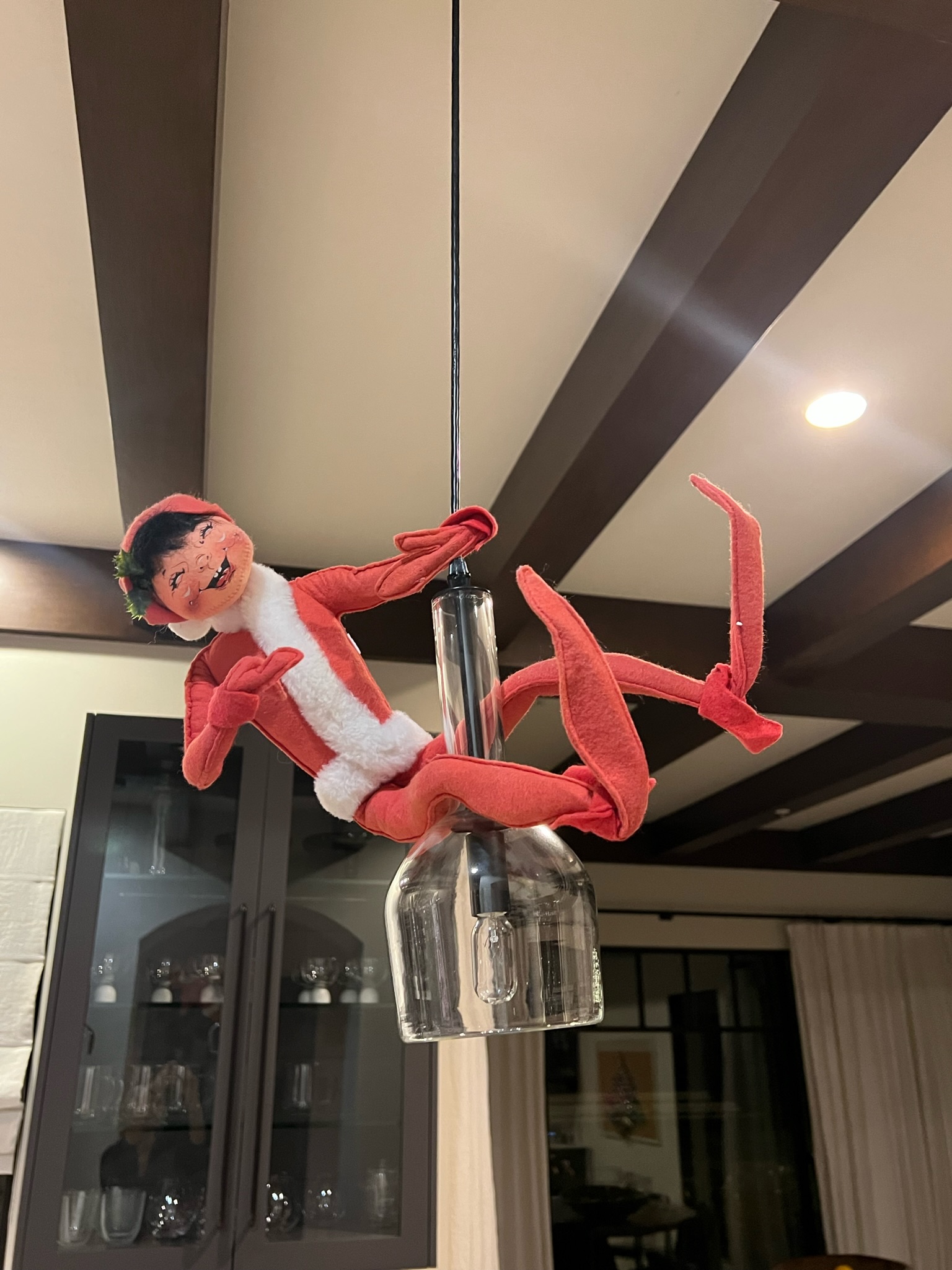 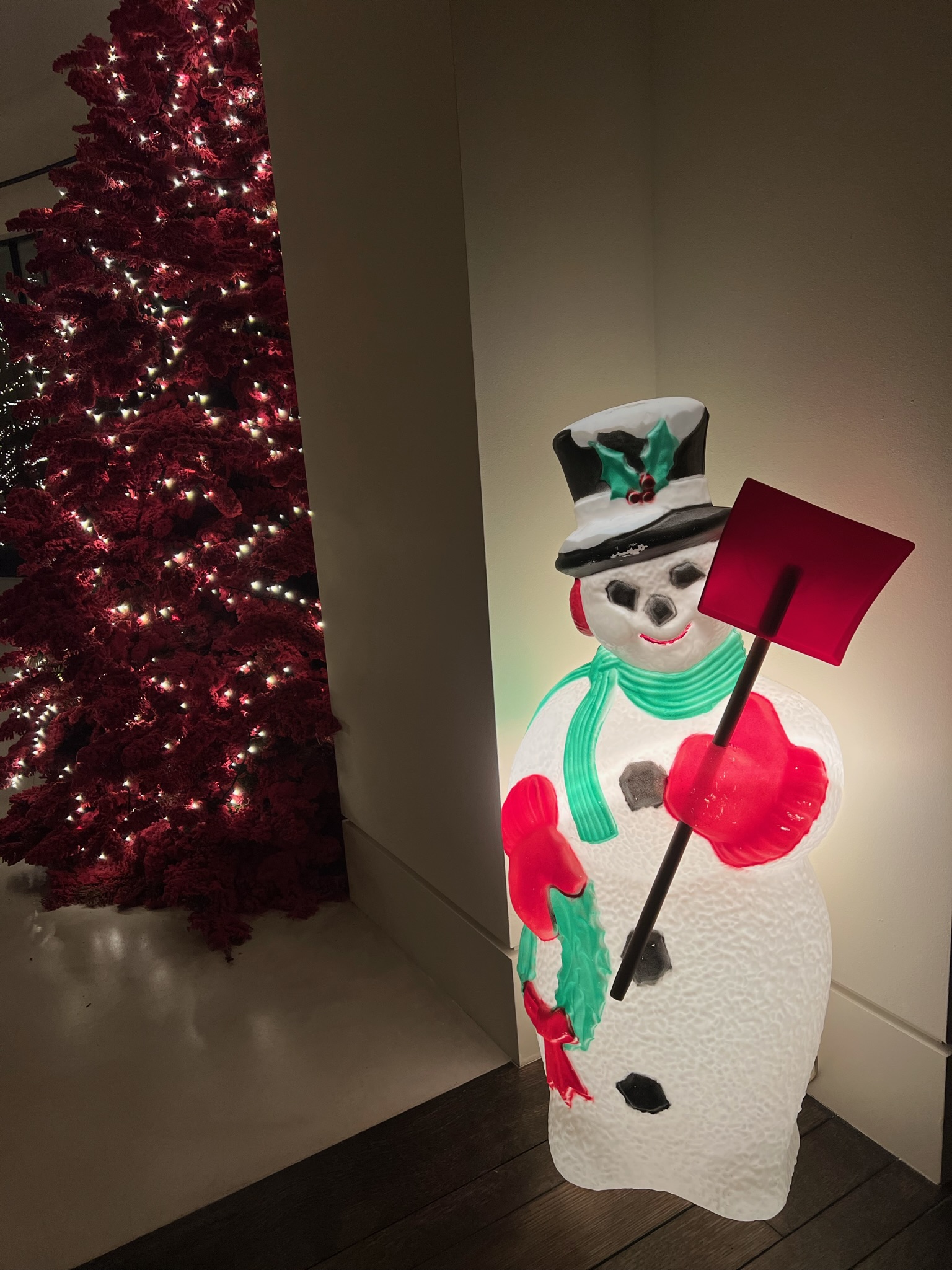