Keke Palmer has the range. If her résumé as a child star-turned-actress, recording artist, and talk show host wasn’t enough proof, just take a look at her newest project, Turnt Up with the Taylors. The Facebook Watch parody series follows a dysfunctional, wealthy family with their own reality show (sound familiar?), and each character is played by Palmer herself. Thanks to some wigs, light prosthetics, and truly committed performances, Palmer transforms into Barbie, the narcissistic daughter; Lil Thad, the smooth-talking son; Miranda, the fierce matriarch; Rick, the spirited father; and Gammy Tay, the brazen grandma.

Palmer’s followers may be familiar with her persona of Chelsea “Barbie” Taylor from her social media skits. Working with her creative partner, Max Wyeth, the actress expanded on the character (and added a few more) to create the new comedy series, which she also executive-produces. When the idea arose to turn the series into a one-woman show, Palmer tells BAZAAR.com, “I just thought, ‘Why not? It could be fun. I’ve never done it before.’”

A reality TV fan for better or worse, Palmer’s campy Turnt Up with the Taylors is a satirical take on the genre, poking fun at “people really living in that kind of hyper-reality.” Though it’s easy to draw parallels to Keeping Up with the Kardashians or The Real Housewives franchise, Palmer doesn’t name names.

Turnt Up with the Taylors premiered on July 20, a few months after Palmer ended her stint on Strahan, Sara & Keke. ABC had tabled the third-hour block of Good Morning America in March to make room for more coronavirus news coverage. Then last month, it was reported that the show was canceled for good. Palmer confirms there’s “no bad blood” between her and the network, or her cohosts though. “We had a long history, and I enjoyed working with them.” Some speculated that the show was booted because of Palmer’s support of the Black Lives Matter protests—specifically, a viral video in which she confronts National Guard officers at a rally—but she clarified on Instagram that wasn’t true.

“The main thing that I wanted people to know when I posted what I posted was this is not that story,” she explains. While it is true that, unfortunately, some people of color are punished for speaking out against discrimination, Palmer’s experience was not one of those instances, and she didn’t want to discourage her fans from standing up to injustice. “I just wanted to highlight that, because this is the time more than ever that we need to encourage each other to stand up for what’s right.”

The video surfaced in early June, showing Palmer face-to-face with the National Guard. She urged the officers to join the march, to show solidarity, and to “make history with us.” But the officers didn’t oblige. One knelt, but Palmer told him the gesture wasn’t enough. “I know a lot of people that I’ve seen in that video, but from my point of view, that was really just a personal experience,” she says. “And when it happened, it was heightened, it was emotional, it was honest. And then it was over, and then I came to feel how I felt. You ruminate on all this, wonder how to balance myself out, how to feel empowered and stay encouraged. So for me, I’ve moved past that moment. And I respect it for what it was.”

Let’s keep helping each other remain engaged. Let’s keep making these things that are important to us the topic of conversation.

Now, two months on and with Instagram feeds slowly transitioning from anti-racist infographics and book lists back to selfies and outfit photos, Palmer’s focus is on keeping the initial momentum going. “Unfortunately, sometimes things become trendy, and then it becomes something that people care about. That’s the unfortunate reality. But if that’s what it takes, let’s keep it in the mainstream. Let’s keep talking about it,” she says of anti-racist work. “We need to keep it a part of our culture in our society. Let’s keep helping each other remain engaged. Let’s keep making these things that are important to us the topic of conversation.”

In response to the protests against police brutality and systemic racism, employees have spoken out about the racism in their workplaces, causing their respective bosses to step down; companies and brands are finally replacing their racist names and logos; some voice actors have even resigned from their animated roles to make room for actors of color. Palmer doesn’t discredit these changes (“Any steps forward are steps forward to me”), but she also doesn’t want them to distract from the real issue at hand: holding racists accountable. “The things I’m seeing, yeah, it’s awesome on all scales, from the industry to daily life, a lot of good things have been happening, but, you know, hey, I still want Breonna Taylor’s murderers got.”

After her National Guard encounter went viral, Palmer spoke to a number of people about the experience, including presumptive Democratic presidential nominee Joe Biden. With the election just months away, Palmer has a lot of hopes for the next administration, but somewhere at the top of the list is her desire for a “less divisive” country. “If I probably could hope for anything, it will be that the next administration is much less divisive and not instigating things that are going to tear us apart and stop us from looking at the bigger picture,” she says. “I feel like there’s been too many distractions and things that have stopped us from being able to get to that goal.” 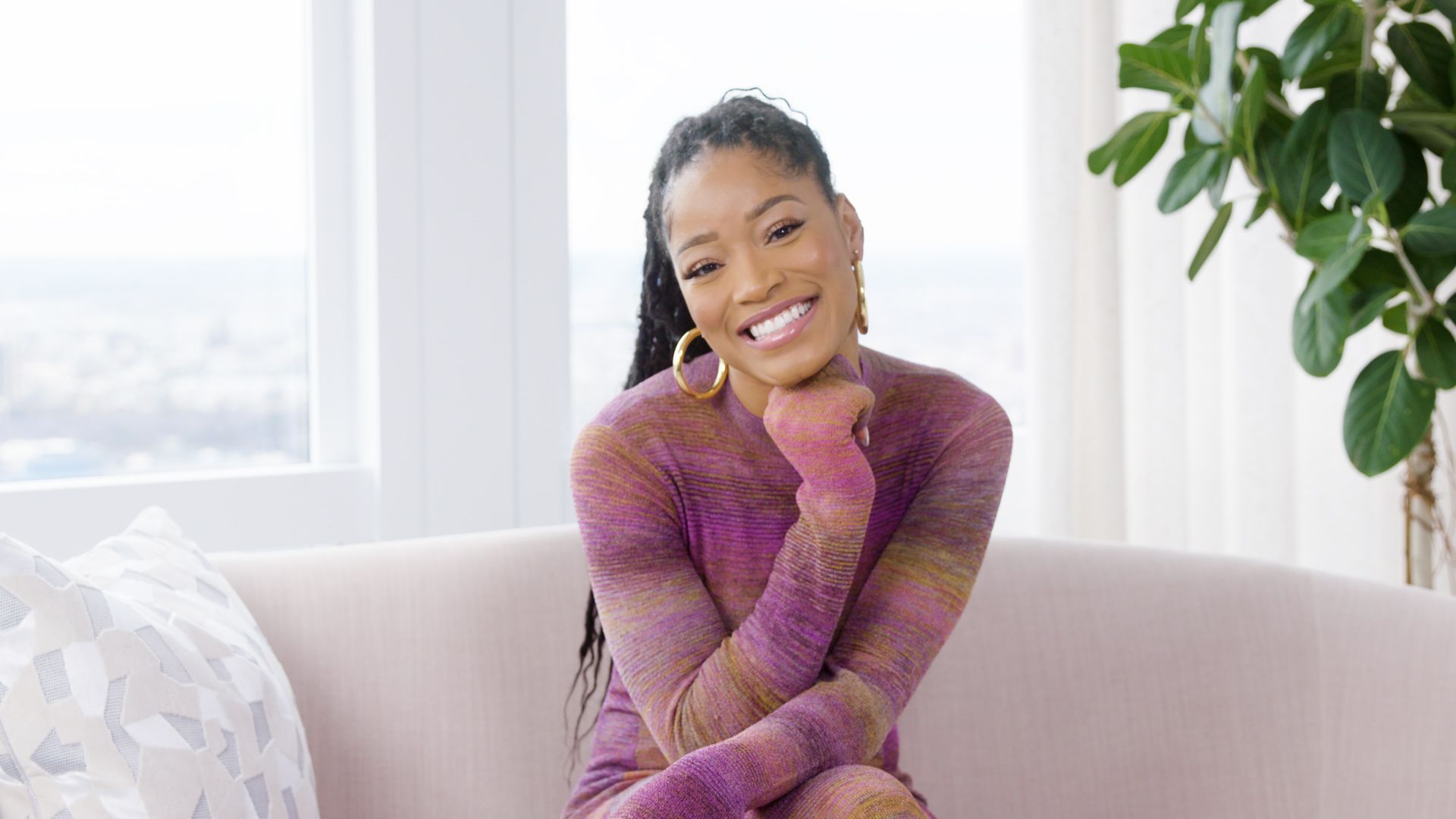 So would the multi-hyphenate star consider adding president to her already-loaded résumé? Don’t hold your breath. “It scares me, political stuff,” she confesses. The actress is less concerned with politicking and more about creating change, which she can do from outside the White House anyway. “Encouraging people, wanting to help find solutions, make things better, being responsible—that aspect of that kind of career I love,” she explains. “But the literal politics … that’s difficult. I don’t think I’m the kind of person that could really enter that.”

If there’s anything Palmer has learned from this year of quarantine and protests, it’s “that you only have one life,” she says emphatically. “You only have one life. It could end. … The world has been known to change with the drop of a hat.” But just as she’s trying to make every moment count, she’s trying to have some fun too. “I really have to do what I feel, say what I mean, mean what I say. I have no time to waste and no time to joke around. That’s how I feel about it. We’ve gotta realize that it’s not a game, but at the same time, to enjoy. It’s crazy, this whole thing called life.”