Strictly: Kaye Adams is axed from show in week two

BBC’s hit show Strictly Come Dancing returned for results night on Sunday and saw the elimination of Loose Women panellist Kaye Adams. However, a number of fans were after furious with the results and took to social media – with some even armed with accusations about the show being a “fix”.

The 15 celebrities made their Strictly debut alongside their professional partners in week one but were saved from elimination.

Instead, their votes were carried over to week two, where they performed a second dance and gained different scores.

The panel of judges then decided which contestant would be sent home and sadly it was the end of the road for Kaye and her pro partner Kai Widdrington.

However, fans were furious to see the 59-year-old sent home with some viewers convinced the results were a “fix”, including @JoeMackenzie who tweeted: “Fuming it’s a bloody fix he’s awful.” 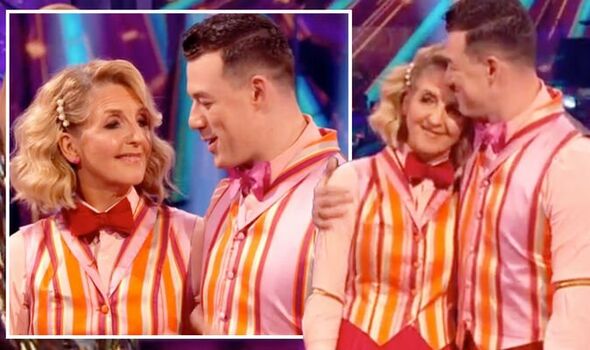 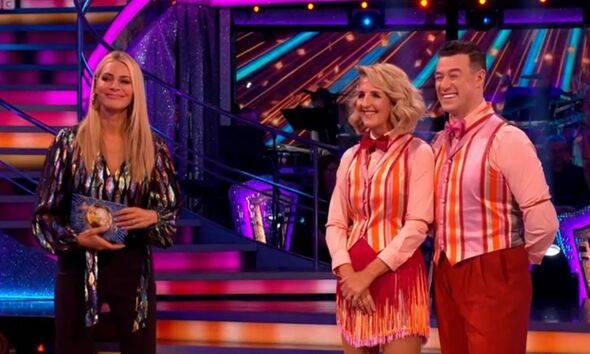 @SachinNakrani wrote: ”Tony Adams through to week three of Strictly despite being the worst dancer in the show’s history. Well done Arsenal fans. Dear Lord, what sad little lives you lead.”

A second viewer, @KylieKyle added: “Tony Adams should have been the first one to go. He waddled round like a right wally. At least Kaye and Matt were moderately entertaining for how bad they were, whereas Tony was just flat out bad.”

@realitytv123 wrote: “Kaye is defo better than this guy in the sing off” (sic)

A furious @YogiBear tweeted: “Oh come on!! Matt?! The fixing of results doesn’t normally start this early in the season.” 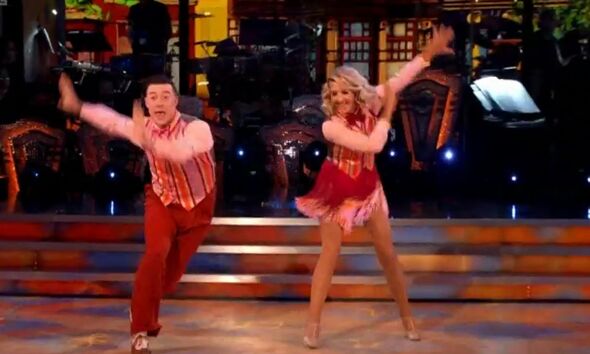 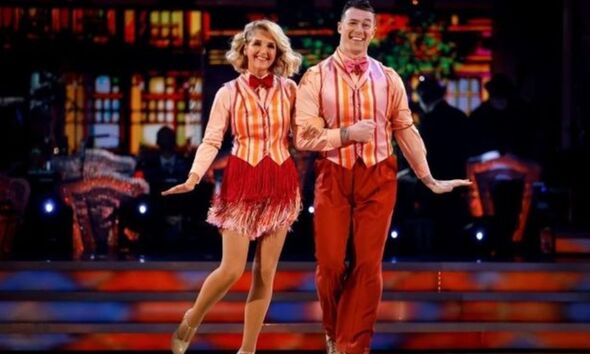 After it was revealed Kaye and Kai were in the bottom two, she was forced to go head to head in a dance-off with singer Matt Goss and his pro partner Nadiya Bychkova.

While Matt and Nadiya returned to the dancefloor with their rendition of the Samba to Night Fever by the Bee Gees.

Despite the efforts put into their second dance, Kaye failed to impress the judges and was met with the final verdict.

The stern Craig Revel Horwood said: “Well the couple for me, that I considered danced the best on the night, and the couple I would like to save is Matt and Nadiya.”

Motsi Mabuse shared: “Well that was so close, both couples made mistakes. I feel like they were on the same level, but one couple was a little bit better for me, and I am saving Matt and Nadiya.”

Professional turned panellist Anton Du Beke stated: “Well it wasn’t a vintage dance-off, and I know exactly how they feel and I’ve been in that position many times myself and I think if you had the chance you would like to go again, both of you.

“There were a lot of mistakes for both couples, I felt that one couple lost performance as well, and because of that I would like to save Matt and Nadiya.”

As Matt and Nadiya already had the majority votes this meant Kaye and Kai would have to leave the competition regardless of Shirley Ballas’ decision.

Despite this Shirley revealed: “I didn’t, I thought due to a little better quality, I would have saved Kaye and Kai.”

Speaking to presenter Tess Daly, Kaye disclosed: “It was the right result and I did make mistakes, and when it comes to that high pressured situation that’s what happens. “So I am delighted for Matt and Nadiya, the only person I am just sorry for is this wonderful man [Kai], who has just been so brilliant.”

She added: “It was a hell of a lot of fun, I said my ambition was to learn to love to dance, and actually I have seen a whole new side to myself, it’s opened a little door.

“It’s been a wonderful experience and to spend time with such talented people who love the show so much has been a joy!.”

Strictly Come Dancing airs Saturday at 6.30pm on BBC One and BBC iPlayer