The former model, 40, allegedly hurled abuse as she left Annabel's in Mayfair with her boyfriend Alex Adderson, 25, and headed to her pink Range Rover. 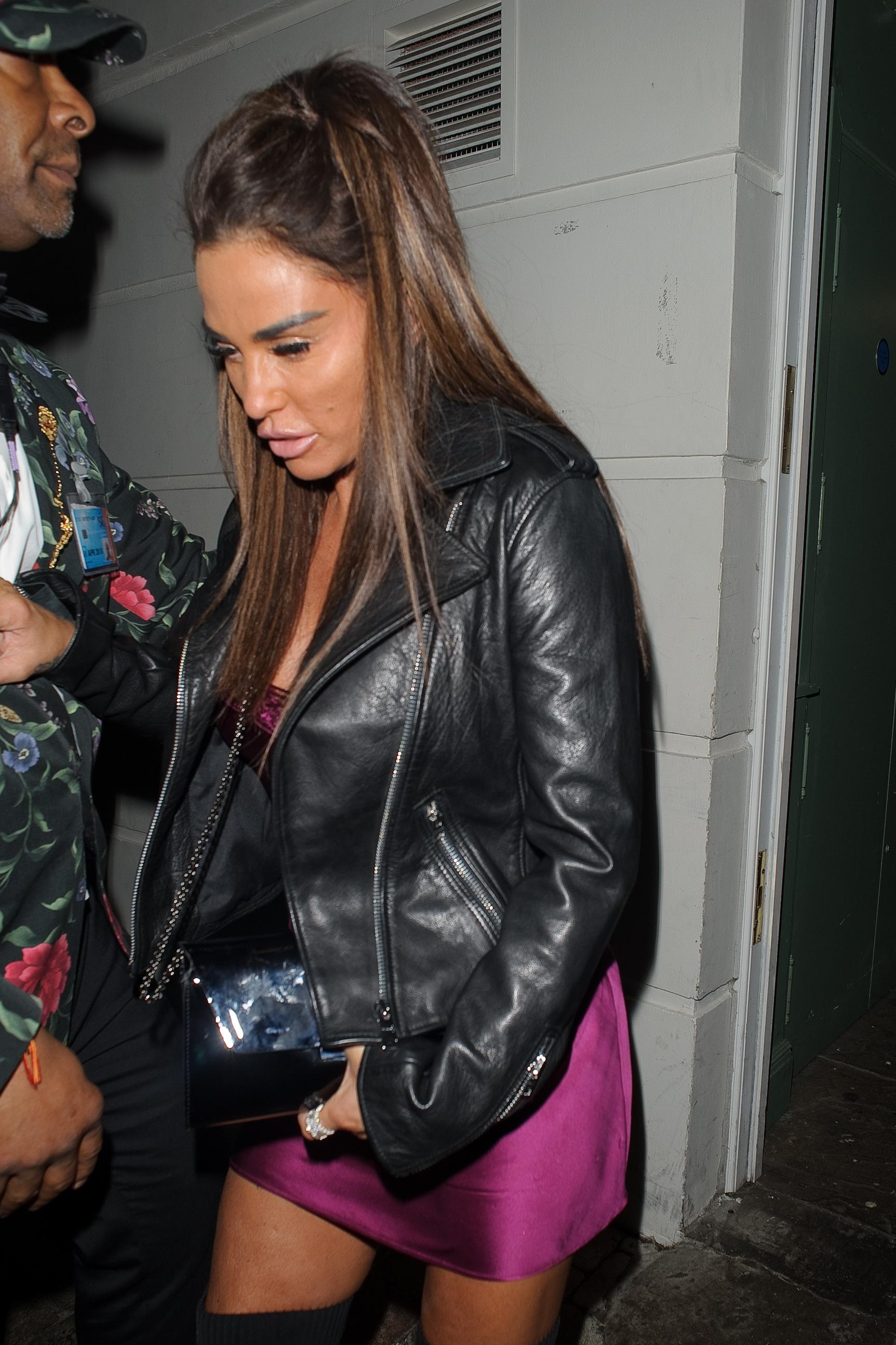 According to the Mirror, the mum-of-five – dressed in silk pink dress and thigh-high boots – yelled: "I hope your f*****g wives die."

She was seen knocking back Strawberry Daiquiris on Friday night – despite currently receiving treatment at The Priory after falling off the wagon.

Katie is supposed to be abstaining from drinking alcohol while in treatment and had desperately tried to keep her boozing secret from her family.

But after tiring of sobriety, she enjoyed a boozy night in Alex's house over the weekend. 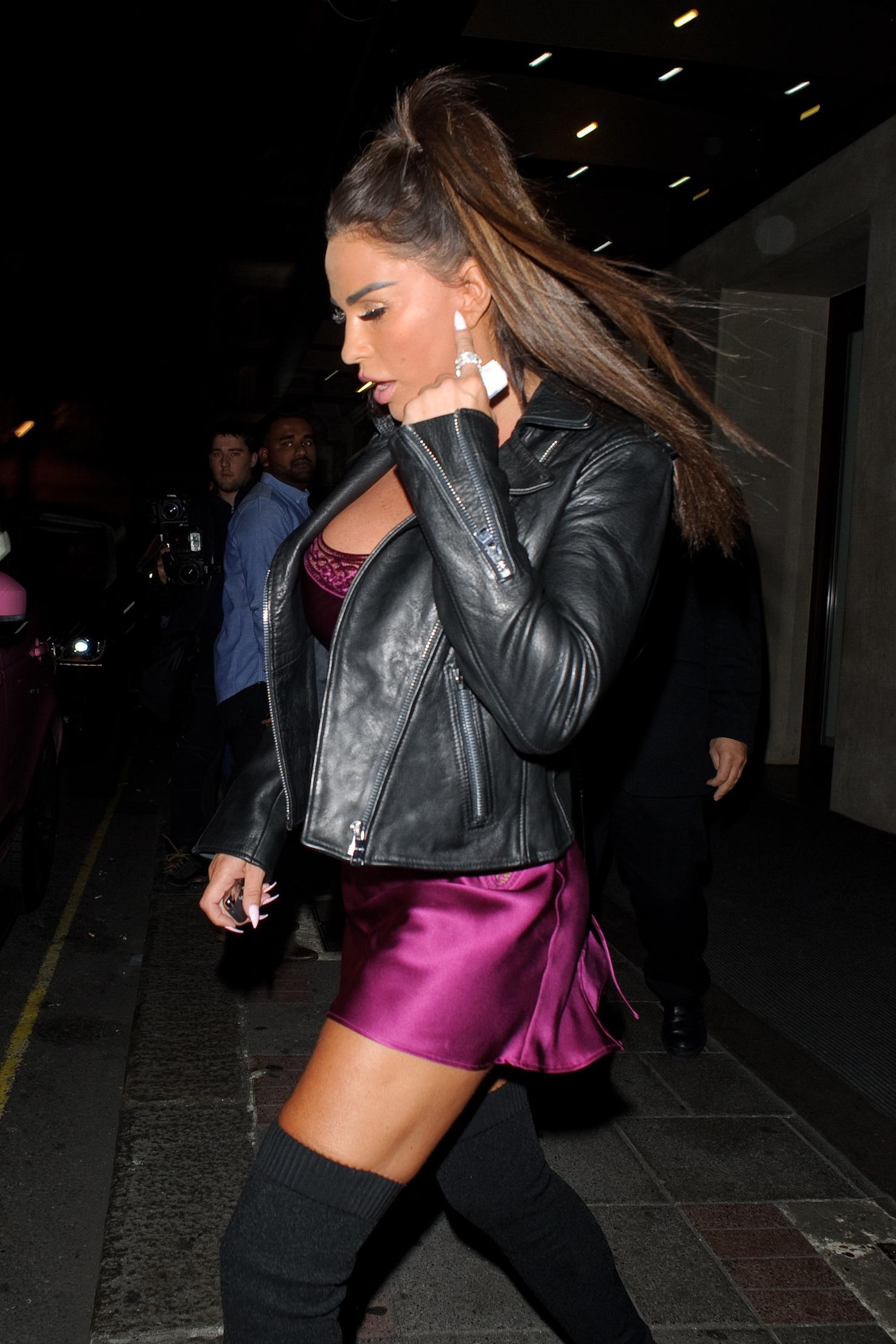 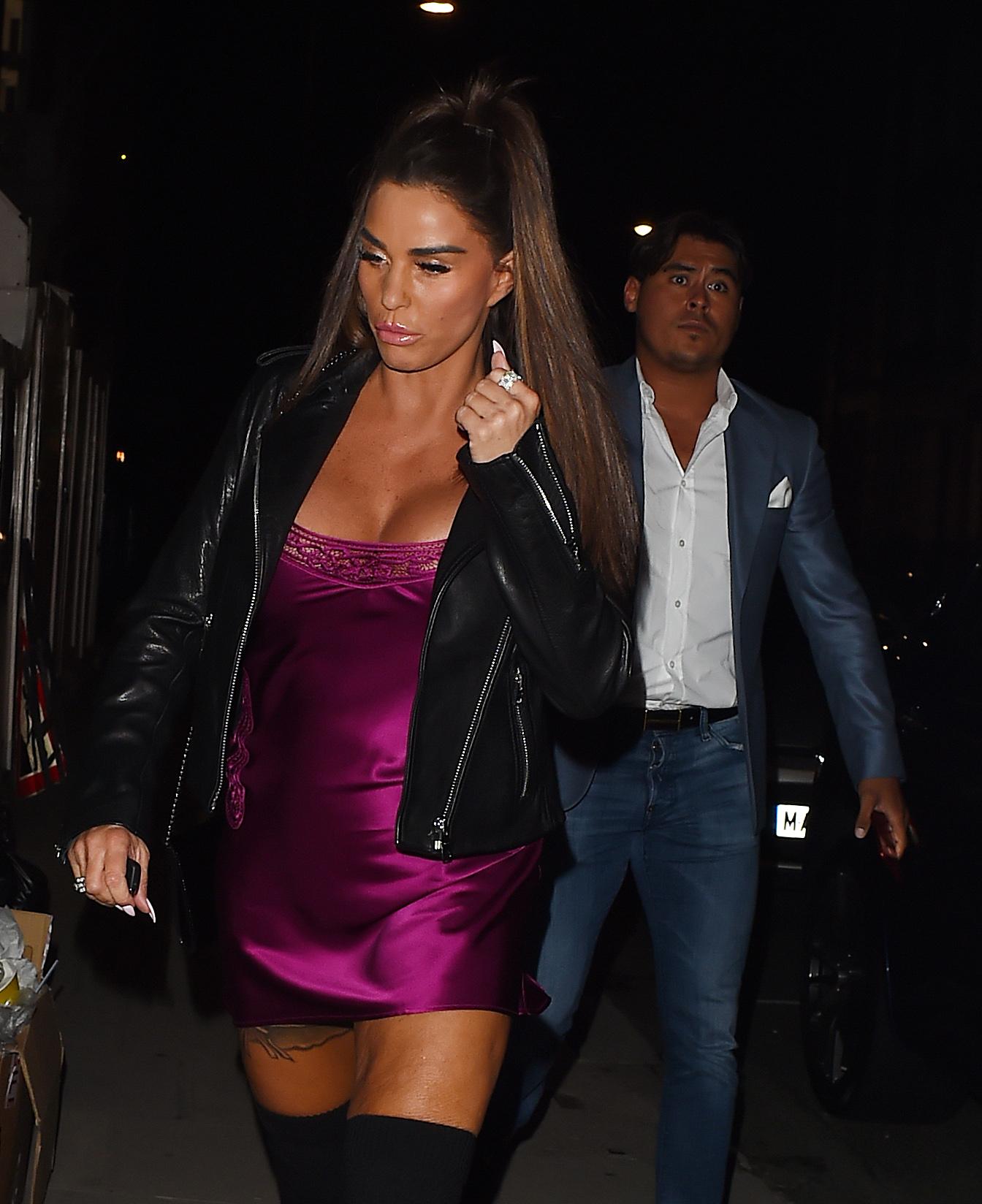 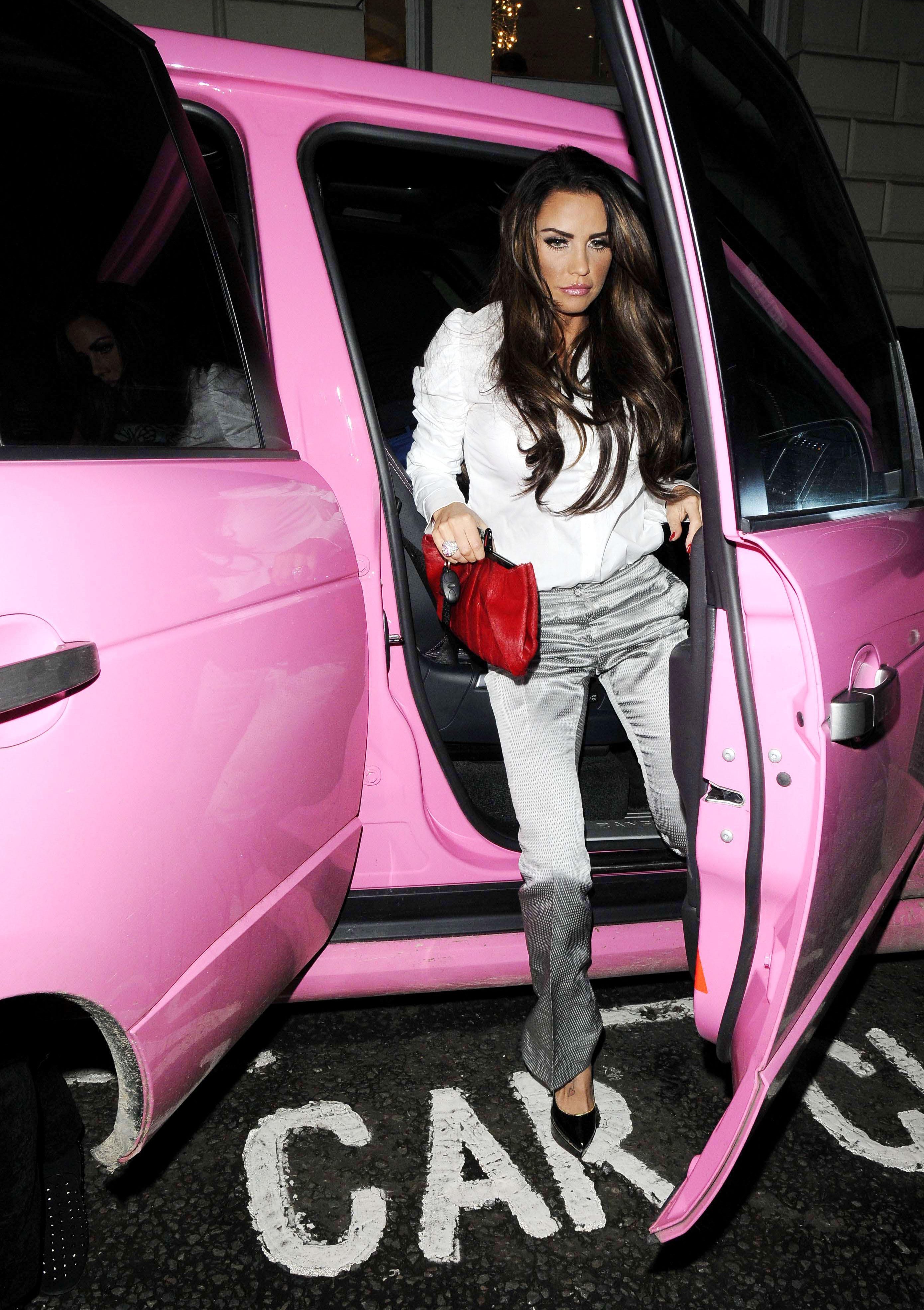 A source explained: “Katie was knocking back Strawberry Daiquiris in Alex’s house on Saturday night.

“She drove there so she wouldn’t be tempted to drink but it didn’t take much for her to fall off the wagon.

“They went out for a while, but Alex had to stop drinking after two champagnes because Katie was draining cocktails.

"She kept saying ‘they are basically fruit salads’ and ‘one of my five a day’.” 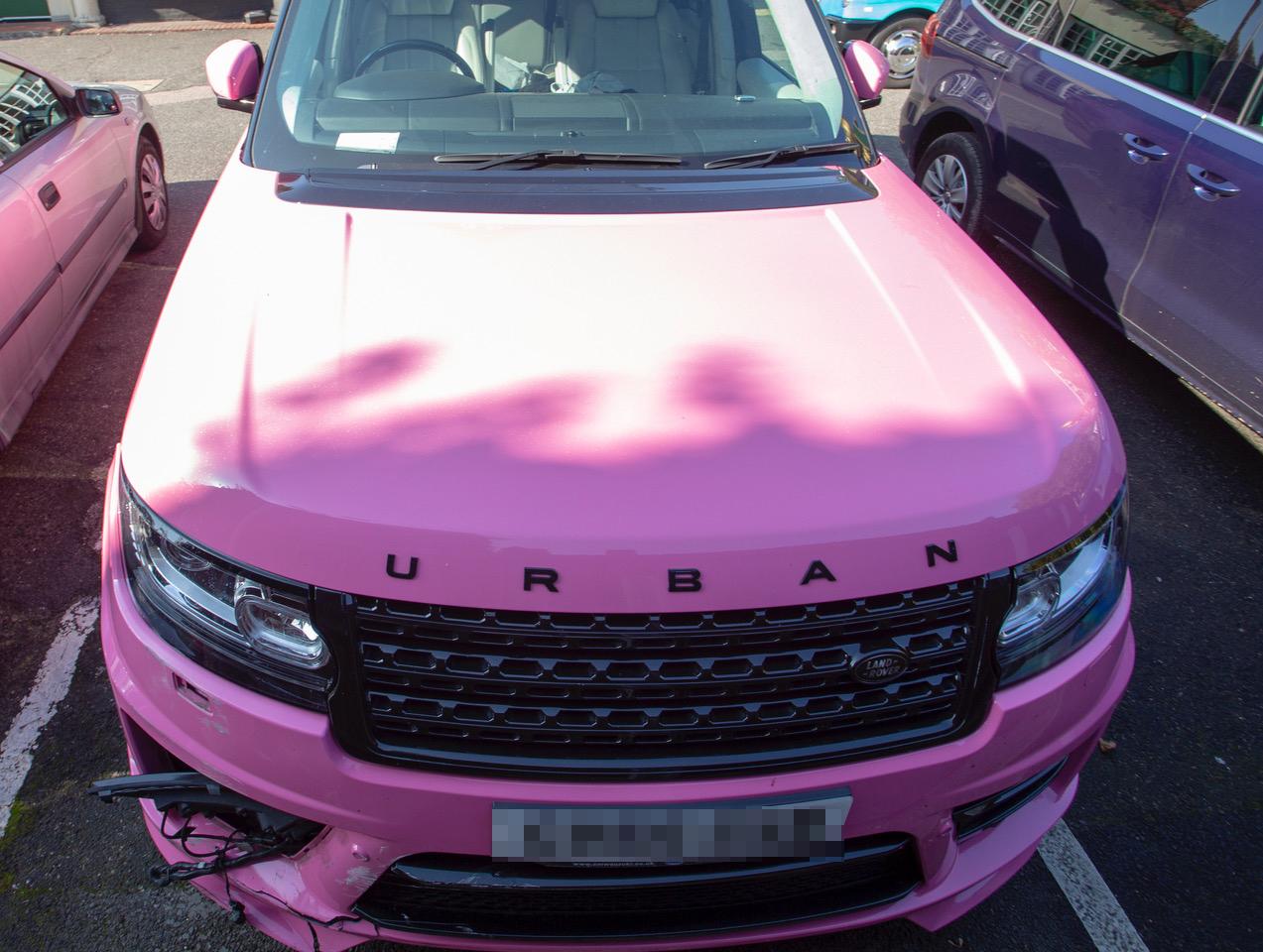 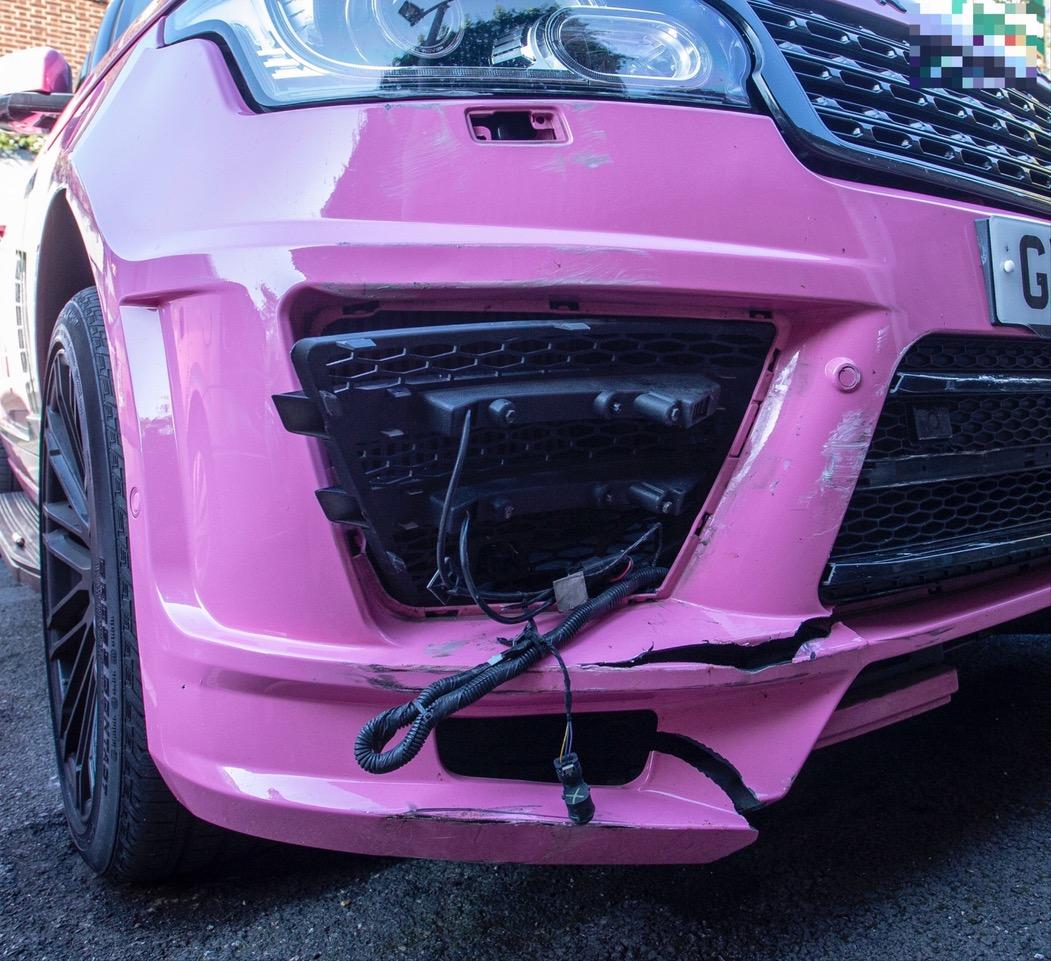 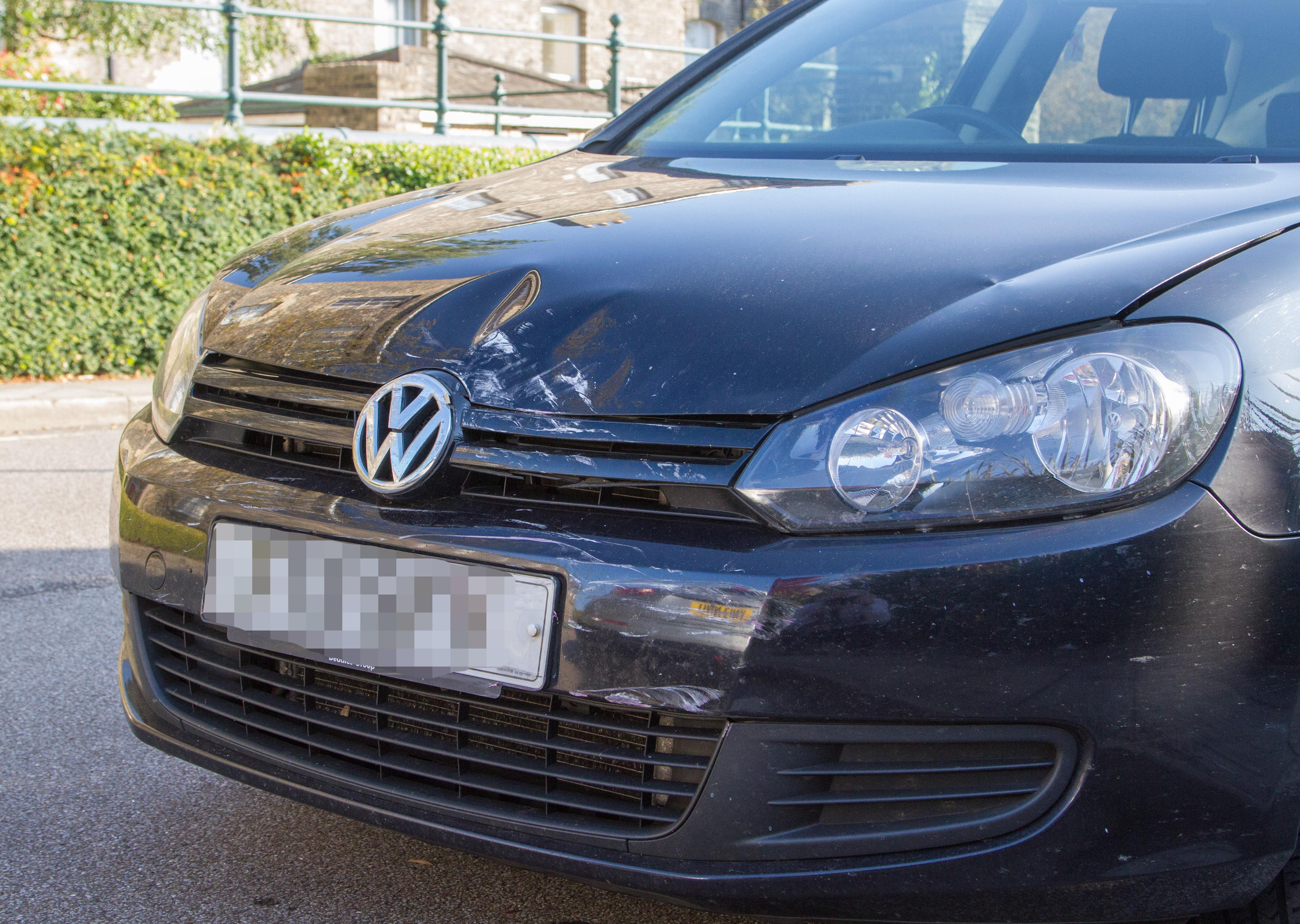 It came just days before she was arrested on suspicion of drink driving after her pink Range Rover crashed into a VW Golf and a hedge on a gated estate.

The mum-of-five spent 13 hours in police custody at Plumstead police station, South East London, before she was released via a rear exit around 3.30pm.

A source said she allegedly denied being behind the wheel at the time of the crash at 2am on Tuesday.

Price had earlier attended a boozy 30th birthday bash for her ex-boyfriend Kris Boyson at a Turkish grill in Bexleyheath. 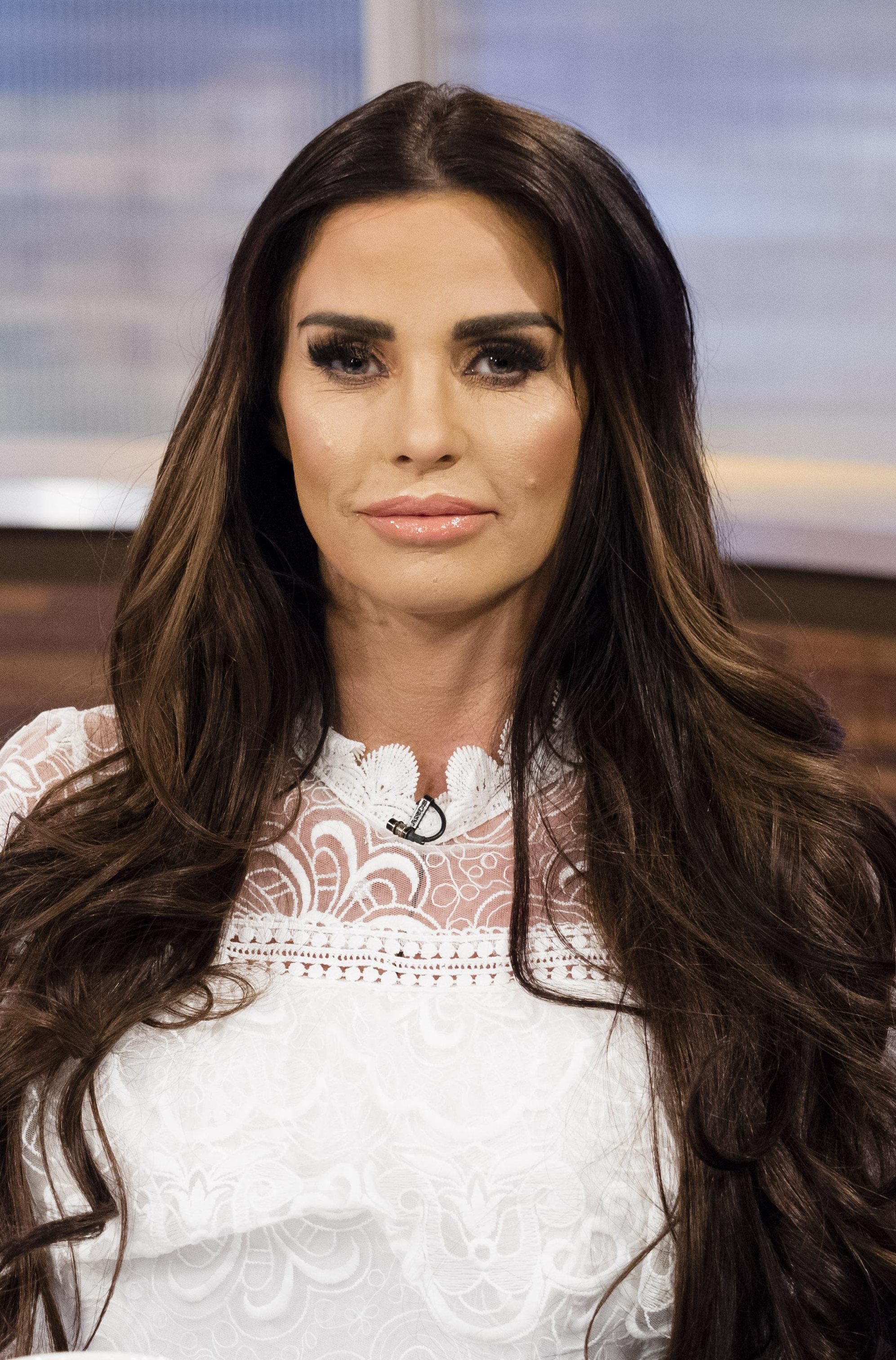 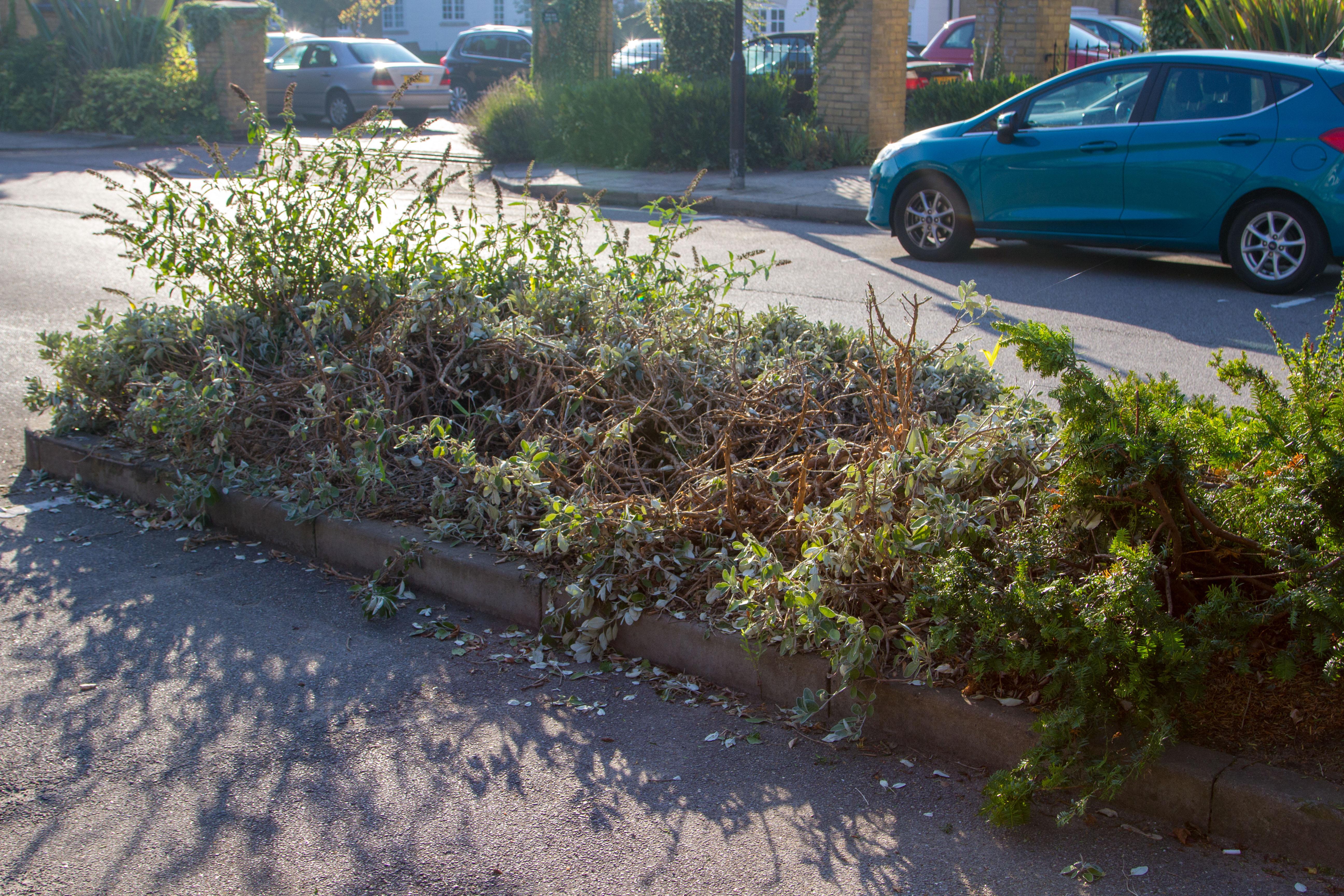 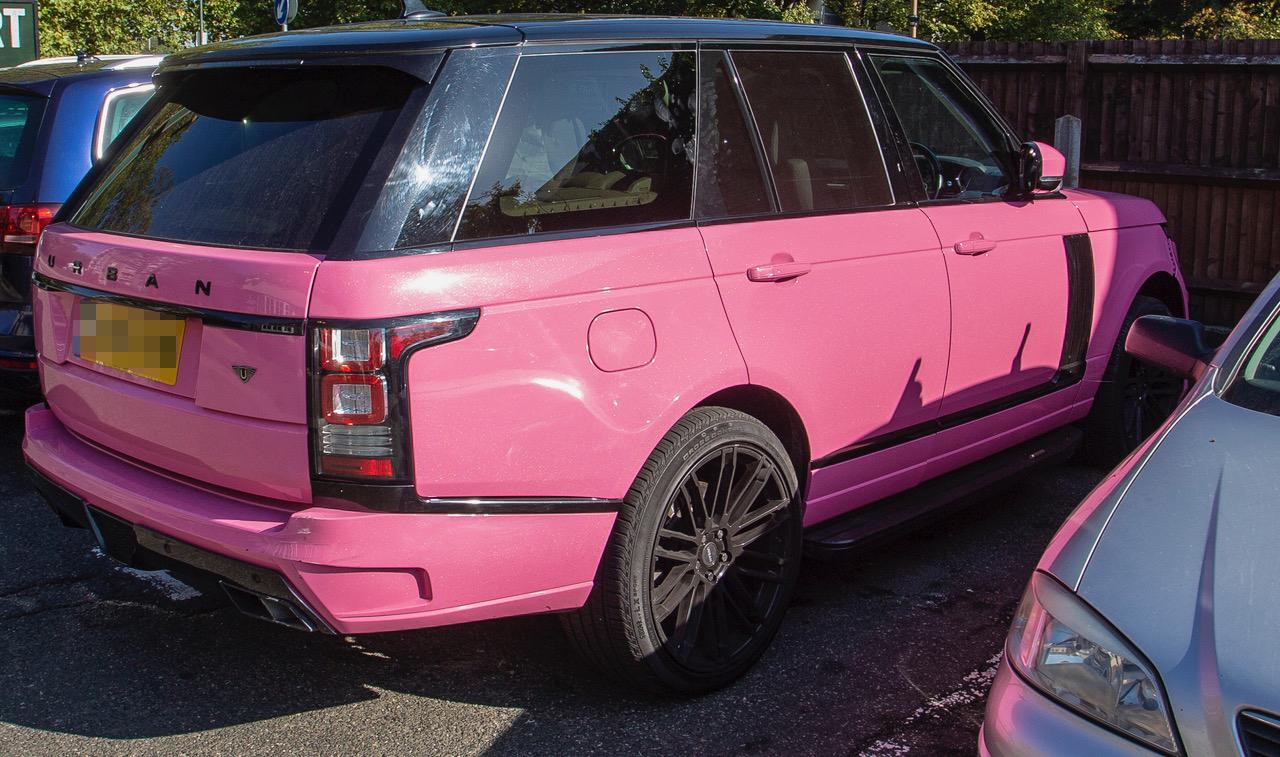 Boyson turned up at the police station an hour after Price’s arrest.

He was overheard saying he was the only person who wanted her at the party and referred to “an argument” inside.

It comes days after Price took a break from a 28-day rehab stint for PTSD and cocaine abuse.

She was banned from driving for six months in February for speeding.

In September she was filmed slumping to the floor after rapping the words “I love coke” during a wild party with two men she met in a bar in Majorca.

Katie has endured a traumatic year, including her split from husband Kieran Hayler.

She is reportedly putting her £2million home on the market and is flogging belongings due to money woes.

Earlier this year, she found out her mum Amy, 64, was terminally ill with lung disease idiopathic pulmonary fibrosis.

The Met said a woman was released under police investigation, adding: “Enquiries continue.”