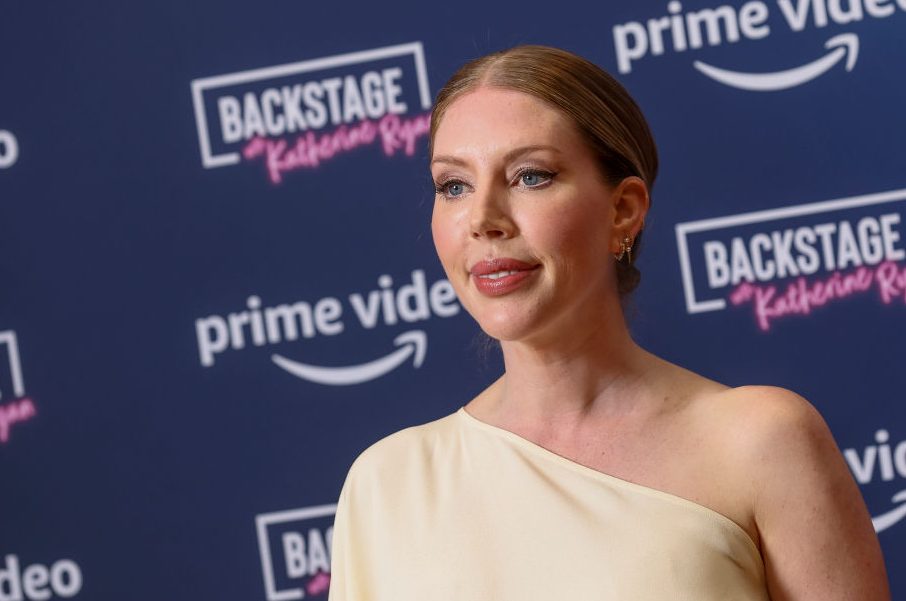 Katherine Ryan has addressed the recent controversy surrounding jokes about the trans community, saying that she doesn’t believe comedians are bringing minority groups up ‘out of nowhere to bully them’.

Last month, Ricky Gervais sparked controversy on his new Netflix special SuperNature, when he made several jibes about transgender people in his stand-up set, with two examples being when he said that ‘old-fashioned women’ are ‘the ones with wombs’ and he joked about transitioning to become ‘Vicky Gervais’.

While The Office creator vowed on the programme that he supports trans rights, he was heavily criticised for his statements, while he also said on the special: ‘It’s mad to think joking about something means you’re anti-it.’

Metro.co.uk recently caught up with Katherine ahead of the launch of her new Amazon Prime Video series Backstage with Katherine Ryan, asking her how she feels about the situation, considering other comedians such as Nish Kumar and James Acaster have spoken out against jokes centred on trans people in the past.

‘James and Nish, those clips are old, so they were dug up and applied to a situation that was new,’ she said.

Katherine, 38, opined that in her view, ‘it’s not as though these comedians are taking a minority group that’s out of the news and just bringing them up out of nowhere to bully them’.

‘I don’t think that’s happening. I think this is part of an everyday conversation, and comedians are going to weigh in on that, and I’m not always going to agree with their stance, but like, I believe in their right to tell jokes about whatever they want,’ she said.

Specifically addressing the controversy surrounding jokes on the trans community, the 8 Out of 10 Cats regular added: ‘I feel like what’s not being articulated properly for me is that I don’t think anyone’s actually talking about trans people, when they talk about it.

‘I think they’re talking about an imperfect system where a loophole might potentially create an open door for someone who’s not a trans person to cause harm, but no one’s articulating that properly. So the trans community feel very attacked.’

The Canadian comedian stressed that ‘as we discuss things, we learn to articulate ourselves better’.

‘I hope I see that conversation evolve and be better articulated so it doesn’t seem like an attack on a minority group, because I don’t think it’s intended to be that,’ she stated.

In her new series Backstage with Katherine Ryan, Katherine takes viewers behind the scenes at stand-up shows, offering a fascinating look at comedians including Jimmy Carr, Seann Walsh, Sue Perkins and Rosie Jones both on and off the stage.

While some comedians may be more willing to make jokes deemed risky or offensive, others may prefer to hold back, with Katherine revealing she’s in the latter category when it comes to jibes that could hurt people’s feelings.

The Duchess star admitted that she doesn’t ‘worry about being cancelled at all’, because she doesn’t ‘have any control over that’.