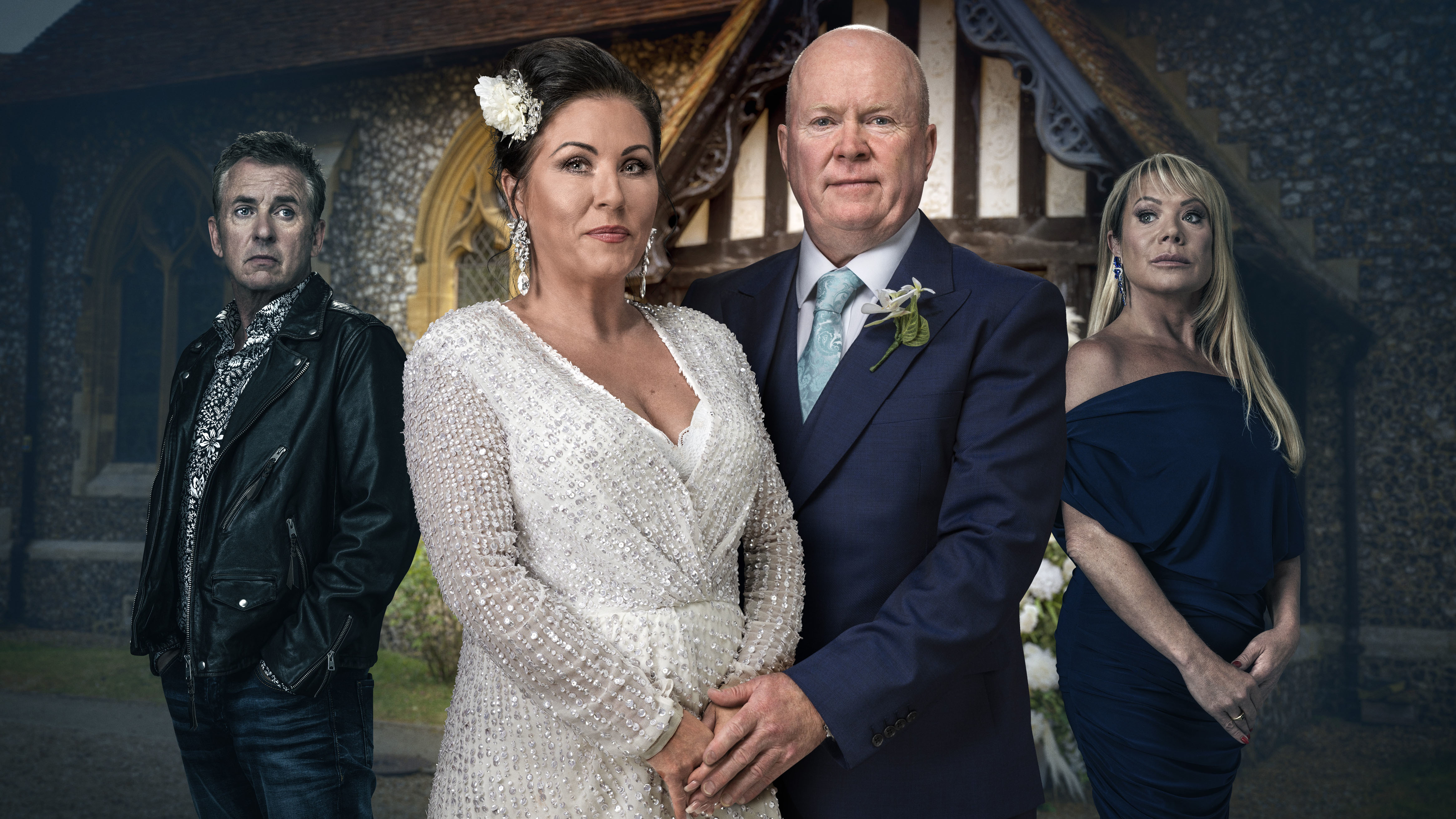 As Phil Mitchell (Steve McFadden) and Kat Slater (Jessie Wallace) prepare to walk down the aisle in EastEnders, there are two people who are determined that it’s not going to be happily-ever-after for the pair: Sharon Watts (Letitia Dean) and Alfie Moon (Shane Richie).

After sharing a moment together recently, Sharon is sure that it’s her that Phil really loves and she sets out to convince him of the fact. Meanwhile Alfie makes his spectacular return to Albert Square and similarly thinks that Kat is making a mistake by marrying Phil when she should be with him.

Things don’t start well when Shirley (Linda Henry) makes Kat doubt whether she really has a future with Phil and, frankly, we’re with Shirley on this one. Meanwhile Sharon is busy reminding Phil of the good old days when the two of them were a couple by showing him an old photo of them both.

Phil insists he’s marrying Kat, but Zack (James Farrar) overhears a conversation Kat is having and assumes Phil has chosen Sharon – and puts his foot in it with Kat. A raging Kat confronts Phil, who insists he loves her, and then tells Sharon to back off.

More problems are looming for Kat, though, as she gets an unexpected visitor when former love Alfie turns up at the house and begs her not to marry Phil.

Will Alfie change Kat’s mind? And will Phil be swayed by Sharon?