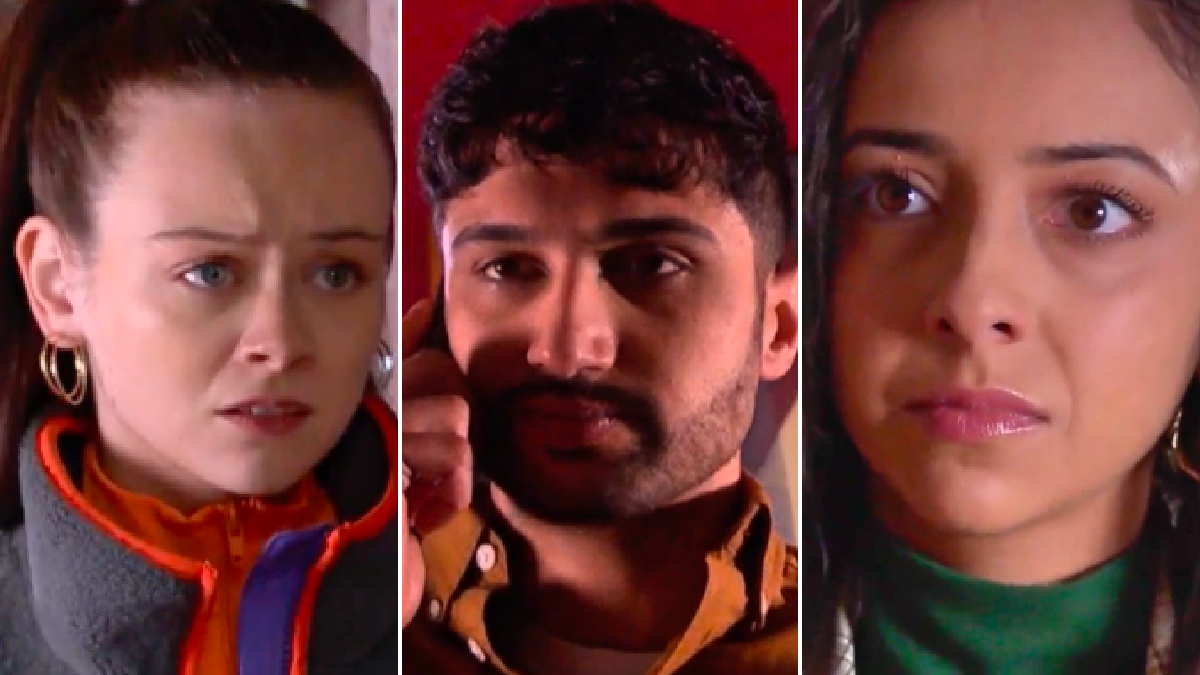 Nadira Valli (Ashling O’Shea) could soon be faced with difficult questions in Hollyoaks, as fiancé Shaq Qureshi (Omar Maalik) prepares to quiz her about her relationship with Juliet Nightingale (Niamh Blackshaw).

Shaq, as viewers will recall, overheard a conversation between Juliet and Nadira several weeks ago, in which they discussed the kiss they shared.

He thought about confronting Nadira on the matter, but ultimately decided against it, as he powered through with planning their wedding.

Nadira, meanwhile, has struggled to resist her feelings for Juliet, and the two have shared multiple kisses since.

Juliet, as a result, has come to the conclusion that she wants to be with Nadira more so than she does Peri Lomax (Ruby O’Donnell), and thus suggested that they both end their respective relationships so that they can be together.

But Shaq has started to have doubts, given that he’s worried Juliet and Nadira might be seeing one another behind his back, and therefore he made a huge decision.

Friday’s (June 24) edition of the Channel 4 soap saw him call his fiancee, telling her that he had something to ask her.

Will Shaq follow through? Will he quiz Nadira about her relationship with Juliet?

If so, will Nadira reveal all?

Hollyoaks continues Monday June 27 at 7pm on E4, or stream the next episode from Monday midnight on All4.