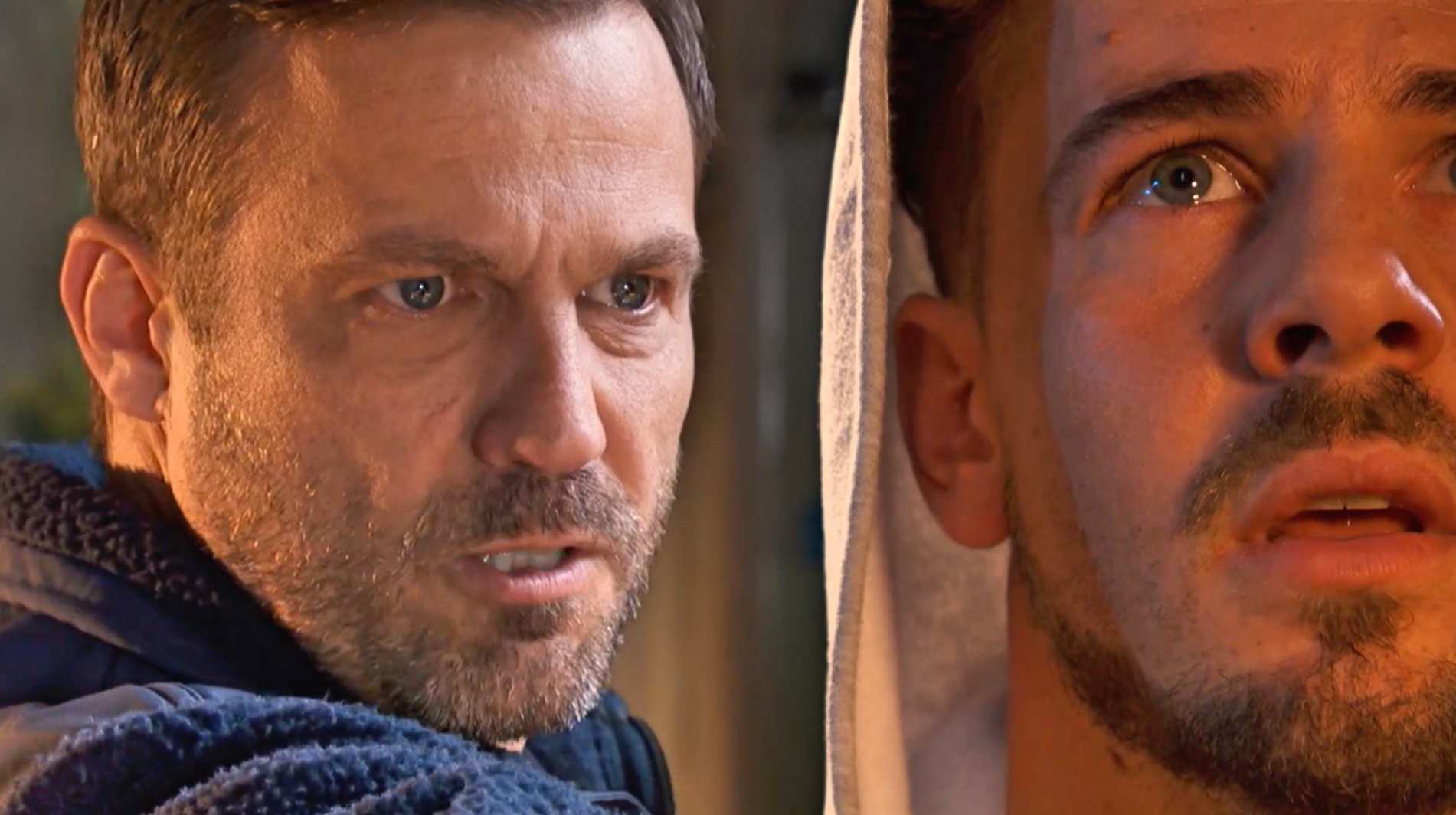 Joel Dexter’s (Rory Douglas-Speed) fate is all but confirmed in Hollyoaks, as Warren Fox (Jamie Lomas) finds out that his son was driving the car that knocked him down.

Warren, as viewers know, was the victim of a devastating hit-and-run earlier this year; an incident which left him feeling like a shell of his former self.

The hard-man has been on a mission to find out who was driving the vehicle that nearly claimed his life, unaware that his own son Joel was to blame.

Sienna Blake (Anna Passey), meanwhile, has been on a mission to get revenge on Warren for his role in Brody Hudson’s (Adam Woodward) demise, and after nearly killing him, she’s found the perfect way to destroy her ex.

By revealing that it was his beloved Joel who ran him over!

Sienna made such a discovery when she launched her very own investigation, and she’s hoping that by telling Warren about Joel’s involvement in the crime, it will spur him on to murder his own son.

Warren will then, she hopes, be sentenced to time in prison, thus getting him out of her life once and for all. What could possibly go wrong?

Hollyoaks has offered viewers a first look at the culmination of this storyline, and despite Sienna having second thoughts about telling Warren the truth, it appears as if the hard-man finds out about Joel’s role in his ordeal from another source.

The show’s Autumn trailer, which has just dropped on Hollyoaks’ social media channels, sees Norma Crow (Glynis Barber) telling Warren that she has an associate who claims to know who knocked him down.

Subsequent scenes then see Warren pull a gun on his own son in a church, and as a shot is fired, Sienna races to the scene.

Has Warren claimed his son’s life? Will Joel die?

Hollyoaks airs weeknights at 7pm on E4, or stream first look episodes daily on All4.