It turns out that Jodie Whittaker could have made her debut in Doctor Who a long time before she was cast as the Doctor.

The actress revealed that she almost landed a part in Matt Smith’s first series as the iconic Time Lord eight years ago, but she didn’t get the role.

However, Whittaker was having a catch-up with friend and new Who showrunner Chris Chibnall when she asked: “Can I come? Can I be an alien? Can I play a baddie?” 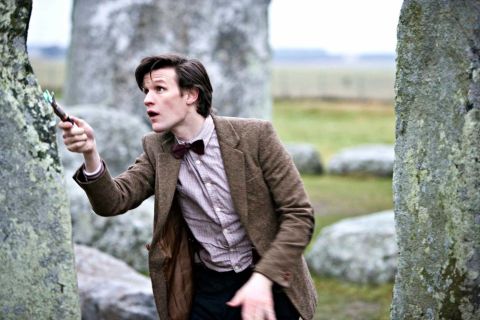 “And he was like, ‘It’s funny you bring it up, because actually I wanted to talk to you about whether you would consider auditioning for the Doctor,'” she told The Times Magazine.

The rest, as they say, is history.

While Whittaker didn’t recall what part she was up for all those years ago, it wouldn’t have been the first time a new Doctor played a previous role in the series – Peter Capaldi appeared in the 2008 episode ‘The Fires of Pompeii’ years before he was cast.

During her interview, the actress also ruled out any romance in the new series of the BBC show, saying of her companions: “We are a friendship group in this season.”

Whittaker has also promised that the 11th series is “fun”, explaining to Marie Claire: “[My previous roles] may be what [Doctor Who] fans were nervous of – they’ve only seen me be serious or heavy in energy and that isn’t necessarily the mercurial Doctor.

“When you play troubled people, it pushes you beyond your emotional boundaries and there’s an exhaustion because you’ve sat in this heaviness.

“But with this role, I’m continually running about and jumping and playing, so I bound off into the weekend like a maniac. I’m like, ‘Come on, I’m awake!’ I’m probably an absolute pain in the arse. There’s a weird euphoria and that’s why it’s been so much fun.”

Doctor Who will start on October 7 on BBC One in the UK, with the series airing on BBC America in the US.