Fans watching today's episode vented their shock when addict Mickey admitted he got high at his father's funeral, and had even supplied his 18-year-old daughter with the drug in the past. 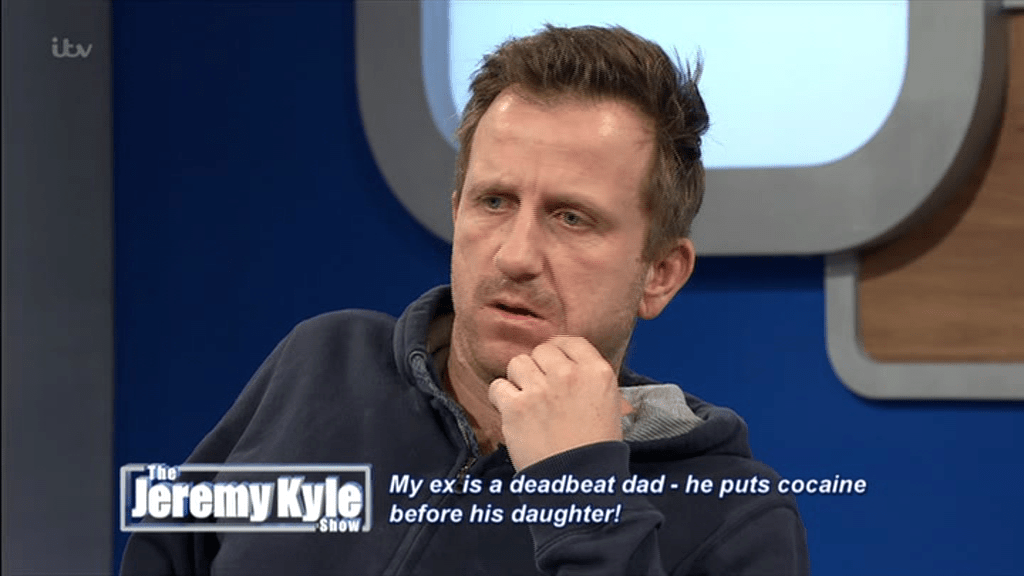 Mickey caused chaos in the studio from the start, by trying to storm the stage while Jeremy was interviewing his ex about his drug addiction.

Finally coming face-to-face with the host, Mickey was asked whether he preferred drugs to his family, to which he replied: "Yes I love the cocaine more than my kids at the moment.

"That's the bottom line. I'm ashamed to say it but that's how it is."

Viewers were left horrified by his confession, and immediately took to Twitter to express their shock. 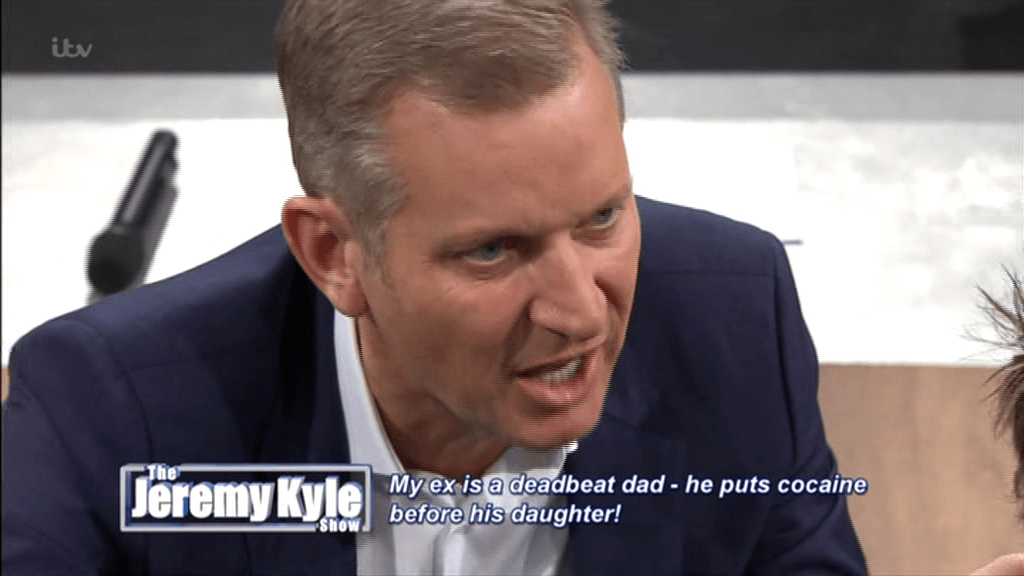 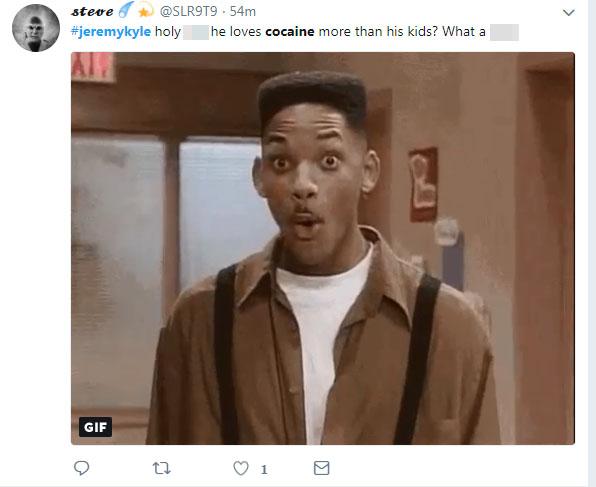 As others added: "I love the Coke more than I love my kids #JeremyKyle… That isn't life" and "Wow this geezer is a proper loser".

Further viewers agreed: "Hopefully he gets help coz putting drugs before your own kids is just diabolical" and "That geezer that loves cheese more than is daughter is a class bloke…. hope he pulls through"

Mickey also admitted he would sell his body for the substance, and had even coaxed his daughter Paige, 18, into doing it with him – leading to her own addiction. 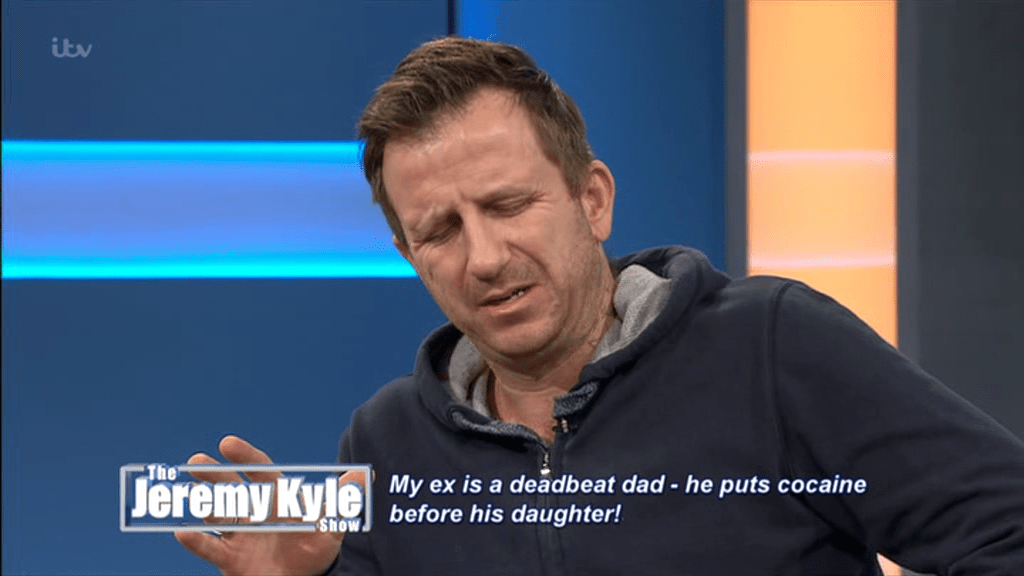 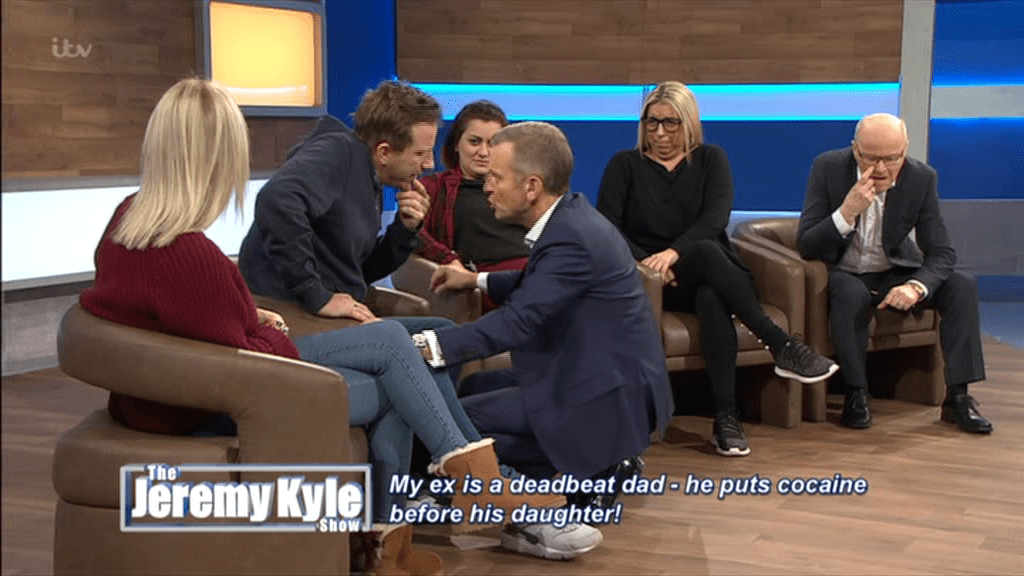 Only making the scene more shocking, he then confessed to being high while carrying his father's coffin at his funeral, causing the audience to gasp with horror.

However, it later emerged he was a former serviceman suffering from post-traumatic stress disorder, prompting Jeremy to offer him a 12-week stay at a rehabilitation centre in Luton.

Sympathetic viewers tweeted their hopes that he will receive the help he needs, with one writing: 'Really, really hope this guy gets the help he's been clearly crying out for.

"People ask for help in different ways and judging them only makes matters worse."

Another added: 'This guy served his country in a war zone and was prepared to pay the ultimate price.

"Now he’s addicted to drugs – show some respect and help him!"