Caroline Flack won Strictly Come Dancing with Pasha Kovalev in 2014 and was the first contestant to score a perfect 40 in all three of her final performances. The Love Island presenter died earlier this year and Strictly paid tribute to her iconic Charleston and Show Dance to Robbie Williams’ Angels with their Christmas Countdown.

Tess Daly and Claudia Winkleman counted down the 25 most memorable dances of all time as voted for by the public.

Tess revealed Caroline and Pasha’s Charleston which she performed in the final for a second time had been voted the fifth most memorable dance.

Janette commented: “I loved Pasha and Caroline’s Charleston. She was perfect.

“Every single flick and kick was perfect. She was iconic.”

The Charleston was Caroline’s final dance before she lifted the Glitterball Trophy. 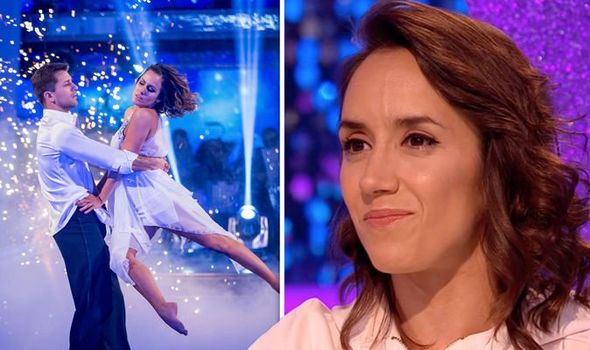 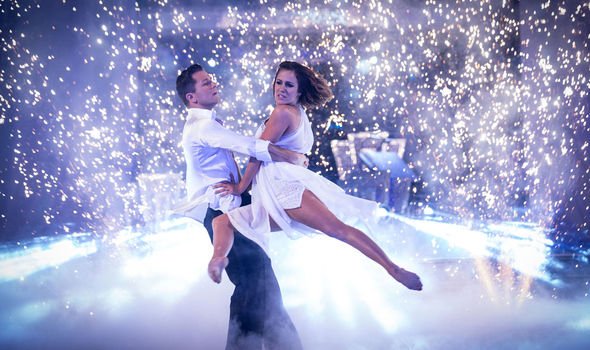 Craig Revel Horwood noted she was a “worthy winner” before an emotional Janette paid tribute to the star.

Earlier in the countdown, Tess introduced: “At number eight in our Christmas Countdown is a routine from one of our highest-scoring female celebrities ever to grace the Strictly dance floor.

“Performing her Show Dance, it is the brilliant Caroline Flack,” Claudia said.

As a host of Strictly stars watched Caroline’s performance, Alesha shared her thoughts. 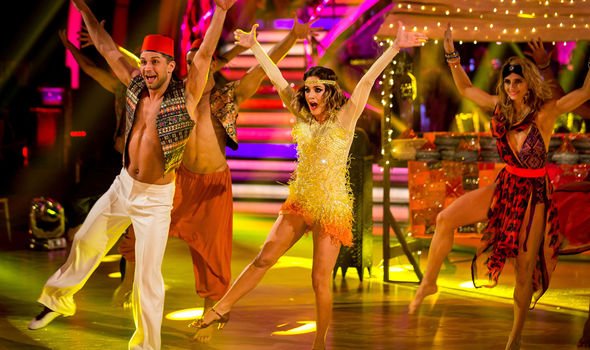 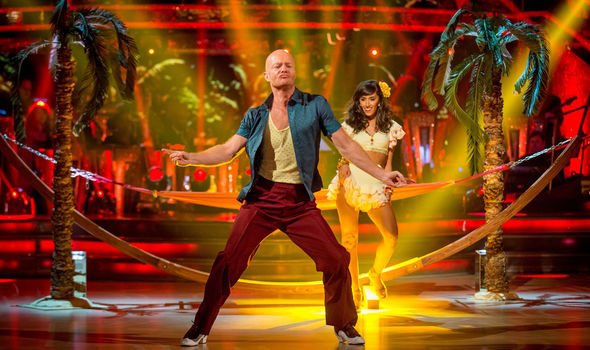 She said: “What was so beautiful about Caroline and Pasha’s Show Dance was she was her authentic self within the dance.

Judge Craig Revel Horwood remarked: “It was the first time we saw contemporary done in a beautiful and imaginative way.”

Pasha added: “In that dance, Caroline managed to show her real emotions.

“And I think that’s the key why the audience could connect to it and feel exactly what was happening in the dance.

“The final spin in our dance was beautiful and I think at that point she really believed that she is a dancer.”

At the time, Bruno Tonioli commented: “You have such an emotional connection and sincerity that you convey with every move.

“You just speak with your body. Everything is crystal clear there are no lies there just talent.”

Craig added: “This dance made the countdown because it’s beautiful.

After the presenter’s tragic death earlier this year Strictly paid tribute to Caroline with their Strictly: The Best of the Final.

Elsewhere in the Christmas Countdown, Strictly fans got to relieve some of the show’s most iconic moments.

Alesha praised Strictly and spoke fondly of her time on the show before joining the judging panel.

“Strictly came into my life when I needed it most,” she shared.

Strictly: The Christmas Countdown is available on BBC iPlayer.