James Martin tells Phillip Schofield ‘don’t bring me into this’

Appearing on ITV’s This Morning earlier this week, James Martin was dragged into a humorous conversation he didn’t want to be a part of. As presenter Phillip read out what was sent in by a guest, he was confused by a name mentioned and when he tried to seek clarification from James, he was told several times by the chef to “keep him out of it”.

Reading out a note from the guest, who had sent in a photo of a caterpillar-inspired dish, Phillip said: “‘My husband made me Cletus the caterpillar’ says Marie, ‘for my 30th birthday last year.'”

He turned to James and said: “Cletus, is that like a-” But James cut him off, snapping: “Don’t bring me into that!”

“I know what a raspberry clafoutis is,” Phillip continued. “I’ve had that but what’s -“

“Don’t bring me into that!” James repeated, holding his hands up at the presenter. 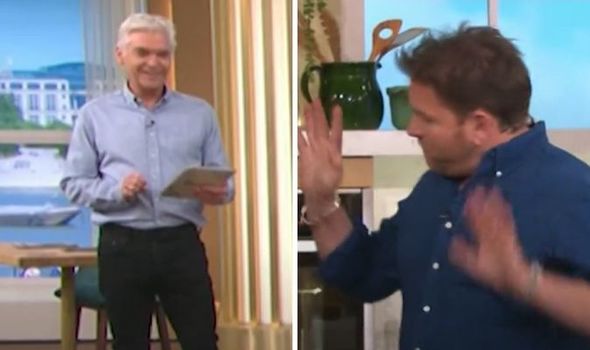 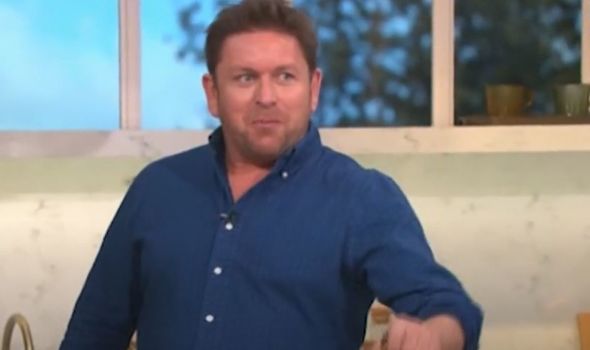 But Phillip didn’t give up. Laughing, he asked: “Have you ever heard of that?”

“Just don’t bring me into that!” James said again. “I’ve already had a quarter of a bottle of brandy,” he joked, alluding to the bottle on the counter.

Phillip concluded: “I don’t know what that means – I thought it might be a baking term but maybe not.” 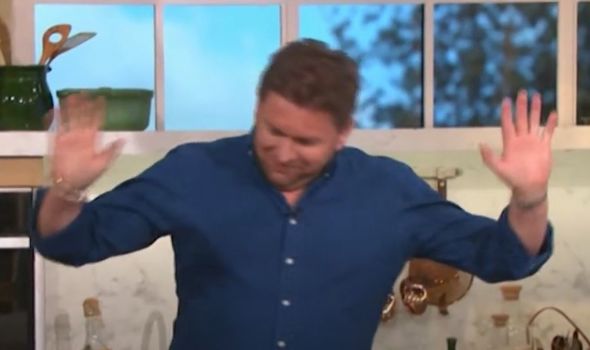 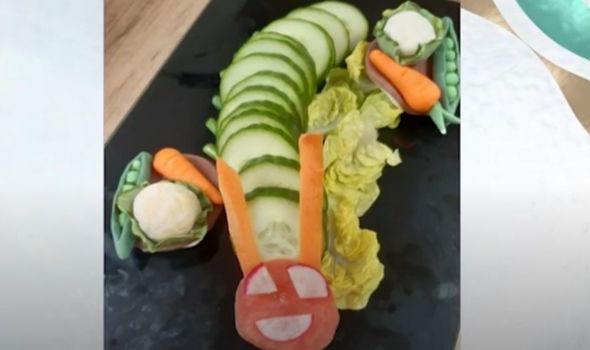 It seems the chef had no idea what the name meant but wasn’t keen on the sound of it.

The segment was talking about unique dishes, and the photo showed a salad made to look like a caterpillar.

It comes as a huge debate has been discussed in headlines and on Twitter about M&S’s legal battle with Aldi over its famous Colin the Caterpillar cake.

This Morning had asked people to send in their own similar creations but hadn’t expected it to lead to James refusing to speak to Phillip.

James is well-known for jokingly clashing with colleagues on the hit ITV show.

He occasionally walks off set, and often does the same in his own Saturday Morning Show.

Elsewhere in Monday’s episode of This Morning, Phillip snapped at Matthew Wright after accusing him of fear-mongering people about the coronavirus vaccine.

Phillip had been explaining lockdown measures as Matthew said it was “nice to be normal” after enjoying a pint over the weekend.

“But, we have vaccinated. I don’t want to be the fearmongering,” Matthew added.

But Philip responded: “You’re the person I shout out over the weekend.”

He said that during the weekend, Matthew was scaring viewers the Indian variant of Covid-19.

He said: “Then you look at the news today and it says ‘actually it’s not a great cause for concern.’ How dare you frighten me for another weekend?”

This Morning airs weekdays on ITV at 10am.