Afternoon subscribers, Max Goldbart here. It’s been a busy week but International Insider has you covered. Read on for in-depth analysis of the biggest international headlines of the week. 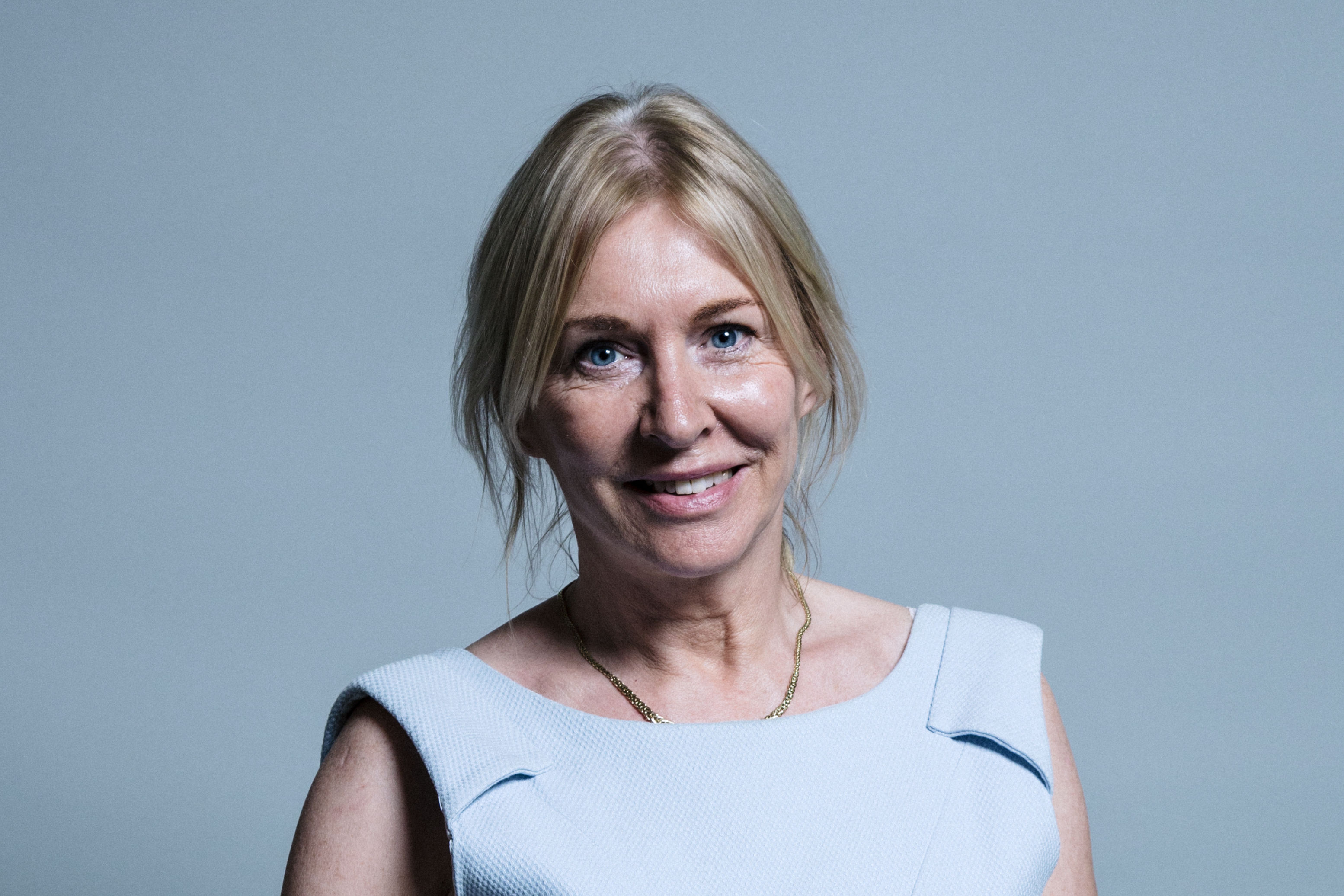 Licence (Fee) To Kill: It all started with a tweet. Negotiations over the BBC’s future licence fee appeared to be plodding along and then suddenly they weren’t. In one of the more outrageous moves by a member of Boris Johnson’s cabinet (and that’s saying something), UK Culture Secretary Nadine Dorries took to Twitter last Sunday to not only announce she had frozen the licence fee for the next two years, costing the corporation hundreds of millions of pounds, but also plans to scrap it entirely from 2027. “This licence fee announcement will be the last,” Dorries proclaimed grandiosely. “The days of the elderly being threatened with prison sentences and bailiffs knocking on doors, are over.”

Lighting a fire: Twitter erupted. A whole host of high-profile figures including Hugh Grant, Armando Iannucci and Lucy Prebble rushed to the corporation’s defence as the notion of arch-BBC enemy Dorries taking away its established source of funding hit home. Grant branded Johnson’s government “spittle-flecked nut jobs.” Remember, second to the NHS, the BBC is arguably the nation’s most beloved, most talked-about public institution. By Monday afternoon, Dorries had done what she was supposed to do and set the licence fee deal out to parliament, with a noticeable rowing-back of some of her harsher rhetoric. Rather than the “days of the licence fee being over,” she announced a review into the BBC’s funding model to kick off soon. Commentators were quick to point out that, with the UK government averaging one Culture Secretary per year for the last decade, the likelihood of her still being in post in 2027 is akin to her winning I’m A Celebrity… Get Me Out of Here!.

Inside the deal: With the future of the licence fee in doubt but not completely done for, the BBC’s more immediate problem is surviving the coming years. The fee being frozen at £159.50 ($216.30) for the next two before returning to rising with inflation will cost the corporation around £1.5BN ($2BN) across six years, which is more than BBC1’ s entire annual programming budget. The BBC’s negotiating team wanted an inflationary rise for the next six years. Redundancies and cost-cutting are therefore on the way and all eyes are on Director General Tim Davie, who will likely use the upcoming Annual Plan to announce something more drastic. TV channels such as BBC2, whole radio services or smaller genres are all in the firing line. On Tuesday morning, Davie said “nothing is off the agenda” and politely intimated he was “surprised” at the way in which Dorries had handled the affair. Early candidate for understatement of the year.

Hang on, what about Channel 4?: Since Dorries took over in September, the government’s ire has turned towards the nation’s largest broadcaster but seemingly away from its third largest: Channel 4, whose proposed sale was her predecessor John Whittingdale’s baby. I revealed Tuesday that the decision on Channel 4 privatization, which felt like a done deal around six months ago, has once again been delayed likely until Spring. The UK government’s hotly-anticipated Broadcasting White Paper, which will include the final decision, was initially expected last Autumn but Dorries’ department is understood to be grappling with an overload of work. 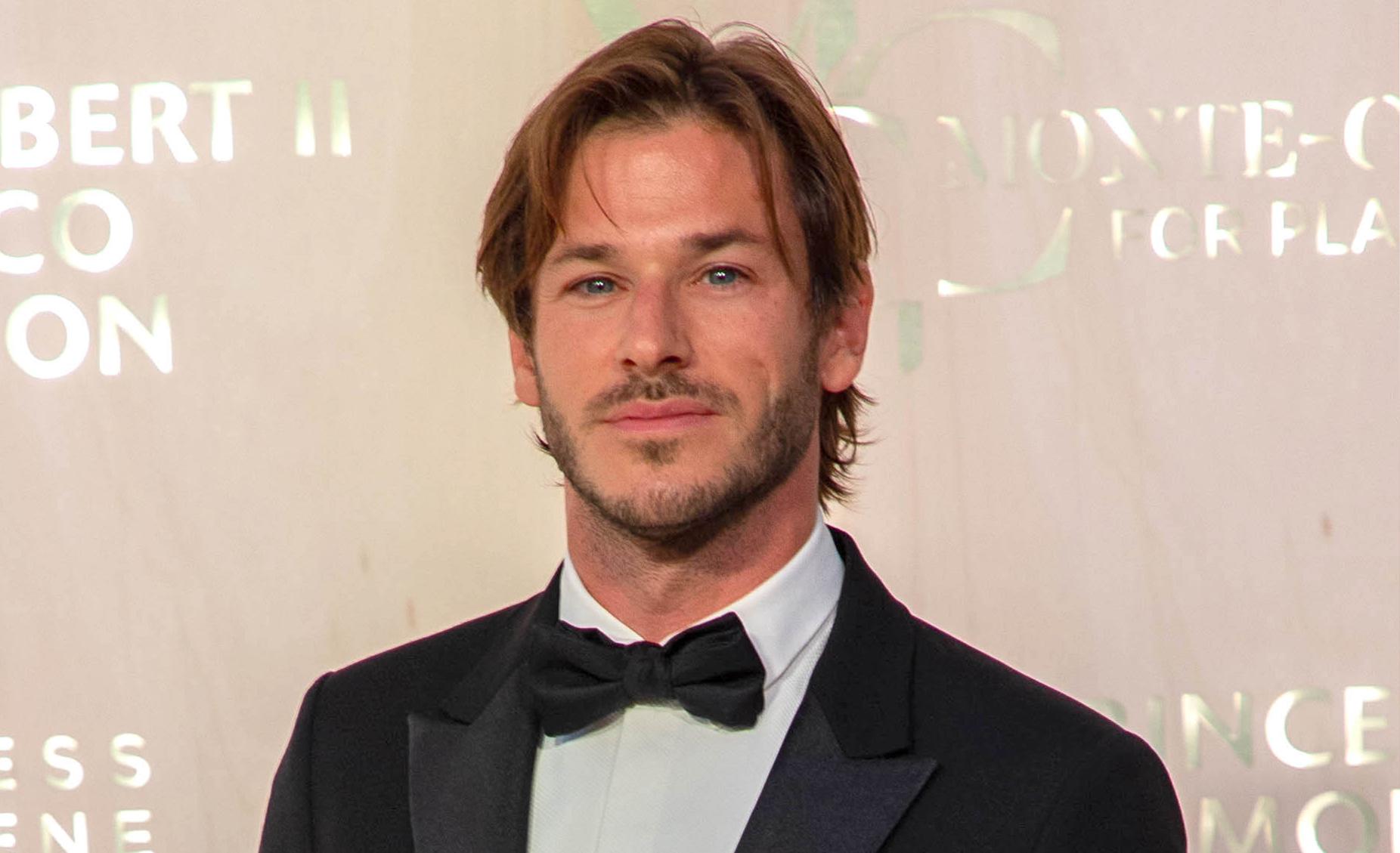 “He was shaping the future of French cinema”: The world was in shock on Wednesday following the tragic death of Moon Knight star and two-time Cesar winning actor Gaspard Ulliel in a skiing accident at the age of just 37. Tributes flooded in for Ulliel, who also starred in Hannibal Rising, It’s Only the End of the World and was the face of Chanel. Filmmaker Xavier Dolan described the news as “implausible and insane” and celebrated Dolan’s “discreet laughter, watchful eye, talent, listening, whispers and kindness.” French Prime Minister Jean Castex said Ulliel “grew up with cinema and cinema grew with him,” while Cannes Film Festival director Thierry Fremaux wrote: “Gaspard was part of the young generation that is shaping the future of French cinema. He always knew how to choose his films and determine the direction of his career.” Beautiful tributes. The actor had one son with French model and singer Gaëlle Piétri. 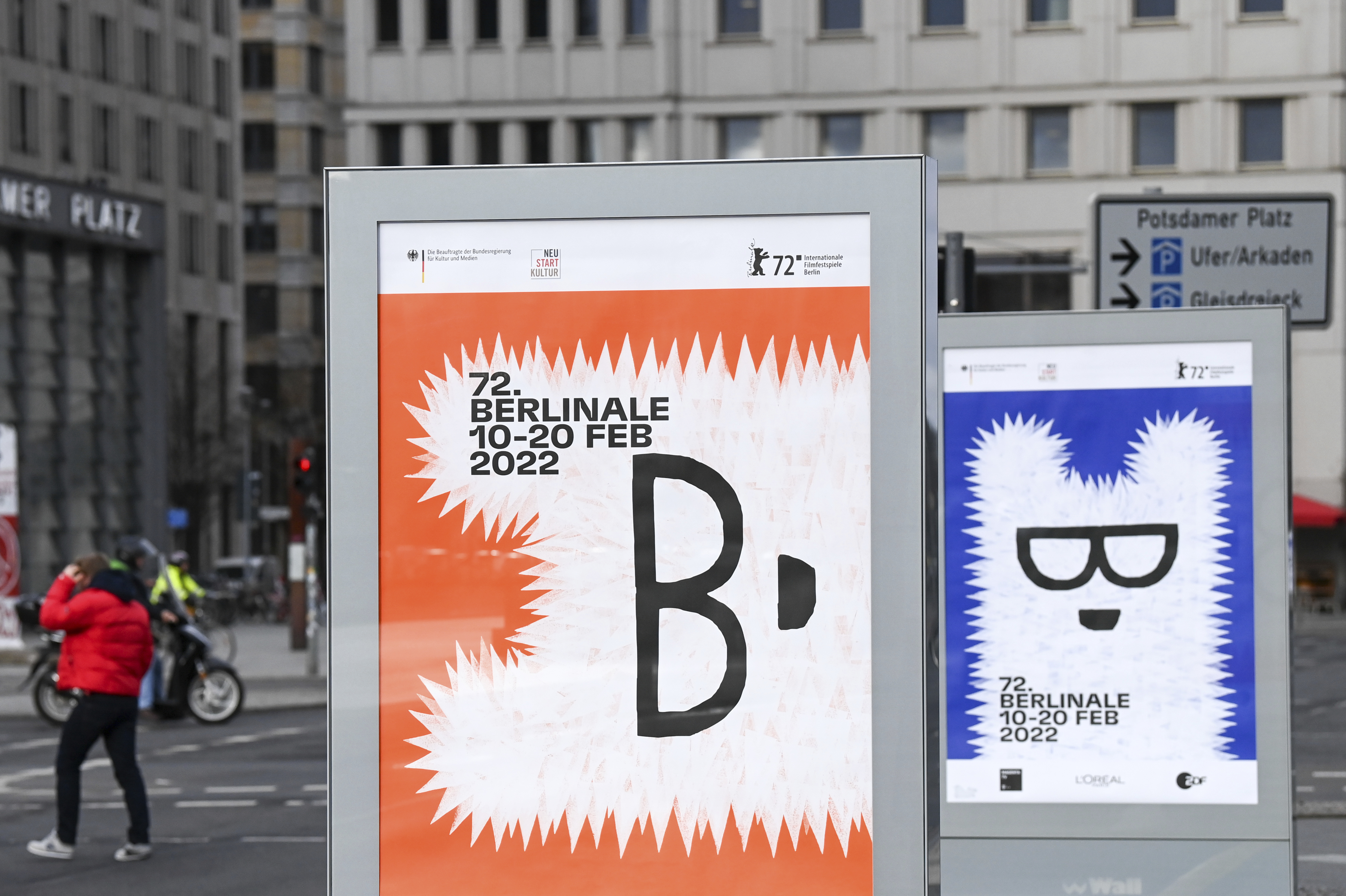 Nearly there: It looked precarious for a while, but the 2022 Berlin Film Festival is (almost certainly) going to happen. This week, the International Competition line-up was unveiled, and it’s a typically high-end arthouse affair. Highlights include Claire Denis making her first appearance in Berlin’s Competition, with Both Sides of the Blade starring Juliette Binoche and Vincent Lindon, and new pics from Hong Sang-soo and Rithy Panh. Elsewhere, the Berlinale Special programs feature pics from filmmakers including Peter Strickland, Dario Argento and Sophie Hyde.

Talking it through: After the program announcement, Tom Grater sat down with Berlinale chiefs Carlo Chatrian and Mariette Rissenbeek to go over plans for the fest’s 72nd edition. One interesting tidbit from our interview, Rissenbeek told us that the festival is planning to put on a series of industry-only screenings, so that attending delegates don’t have to enter the scrum with general audiences for tickets, particularly with all cinemas strictly limited to 50% capacities at present.

Changing situation: The hope is that, with only three weeks to go, the restrictions currently in place will be the same come festival time. However, Covid presents a fluid set of challenges, and Berlinale organizers will be watching nervously as cases continue to reach record peaks day after day in Germany. Restrictions are put in place by local governments in the country, and Rissenbeek told us she is in daily contact with authorities in the city of Berlin. 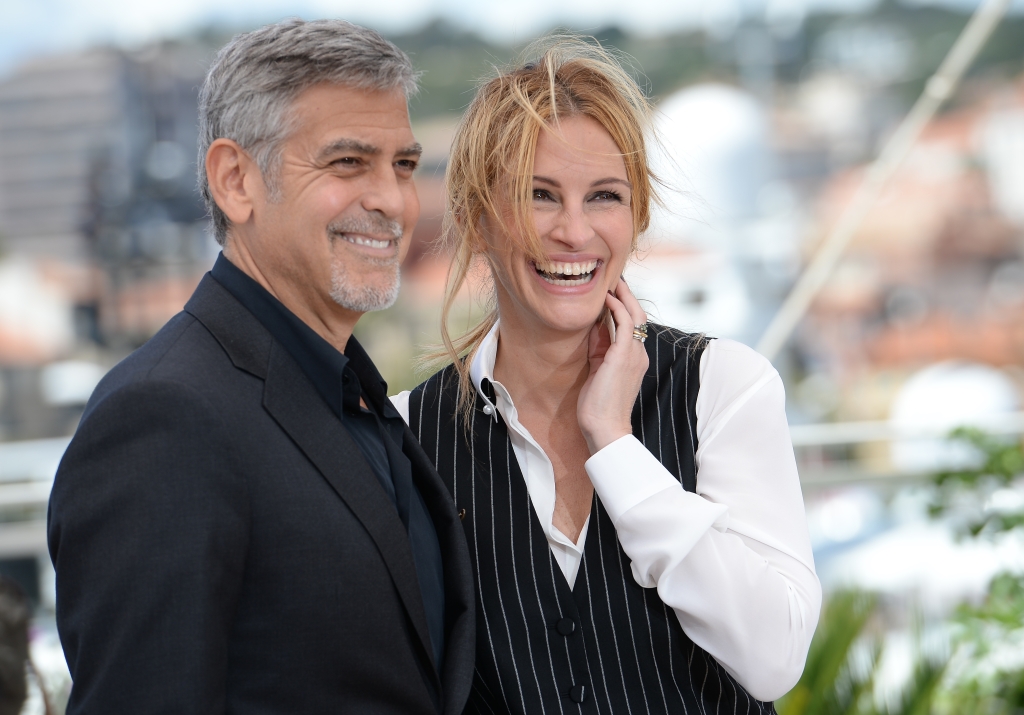 Ticket to America: Covid is calming down but the film world was swiftly reminded of its power to frustrate after Universal’s upcoming George Clooney/Julia Roberts-starring romcom Ticket to Paradise was paused following around 12 cast and crew contracting the virus, according to Deadline sources. Clooney and Roberts are understood to have flown home to the U.S. to wait out the spike in Queensland cases. There is hope that the pair of megastars could be brought back to set next month. WHEN WILL THIS END. 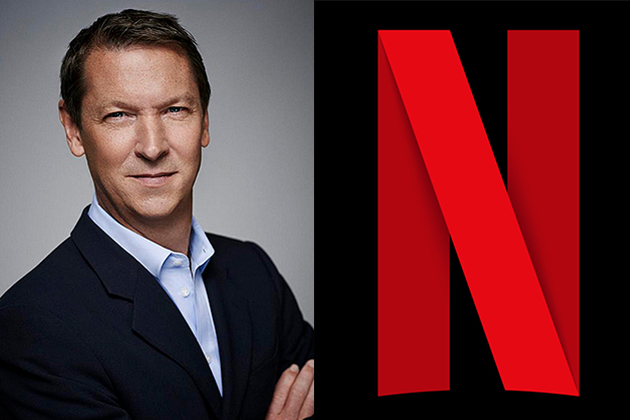 African scholarship: Elsewhere at Netflix, Tom had all the details of the platform’s $1M fund for budding film and TV students in Sub-Saharan Africa, which will cover the costs of tuition, accommodation, study materials and living expenses for the next generation of filmmakers. Read on. 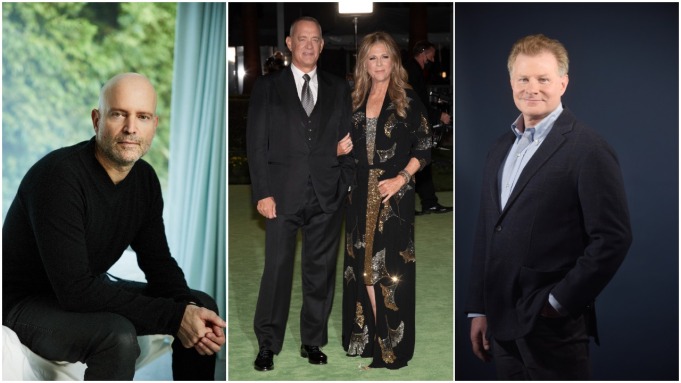 Long time coming: It’s been in the offing for a while but the hotly-anticipated U.S. adaptation of  Swedish comedy A Man Called Ove took another big step forward this week as Andreas revealed Finding Neverland, World War Z and The Kite Runner director Marc Forster will direct the pic. SF Studios is producing and two-time Oscar nominee David Magee (Life of Pi, Mary Poppins Returns) is scripting the project, re-uniting with Forster after their collaboration on drama Finding Neverland, for which both were BAFTA nominated. Tom Hanks is set to star, news that was unveiled almost five years ago. He will be making room in a busy schedule that also includes Apple’s Masters of the Air, Robert Zemeckis’ Pinocchio, Wes Anderson’s Asteroid City and Baz Luhrmann’s Elvis biopic. The original A Man Called Ove was nominated for two Oscars, becoming the most-watched foreign film in the U.S. in 2016.

Wallace & Gromit Are Back 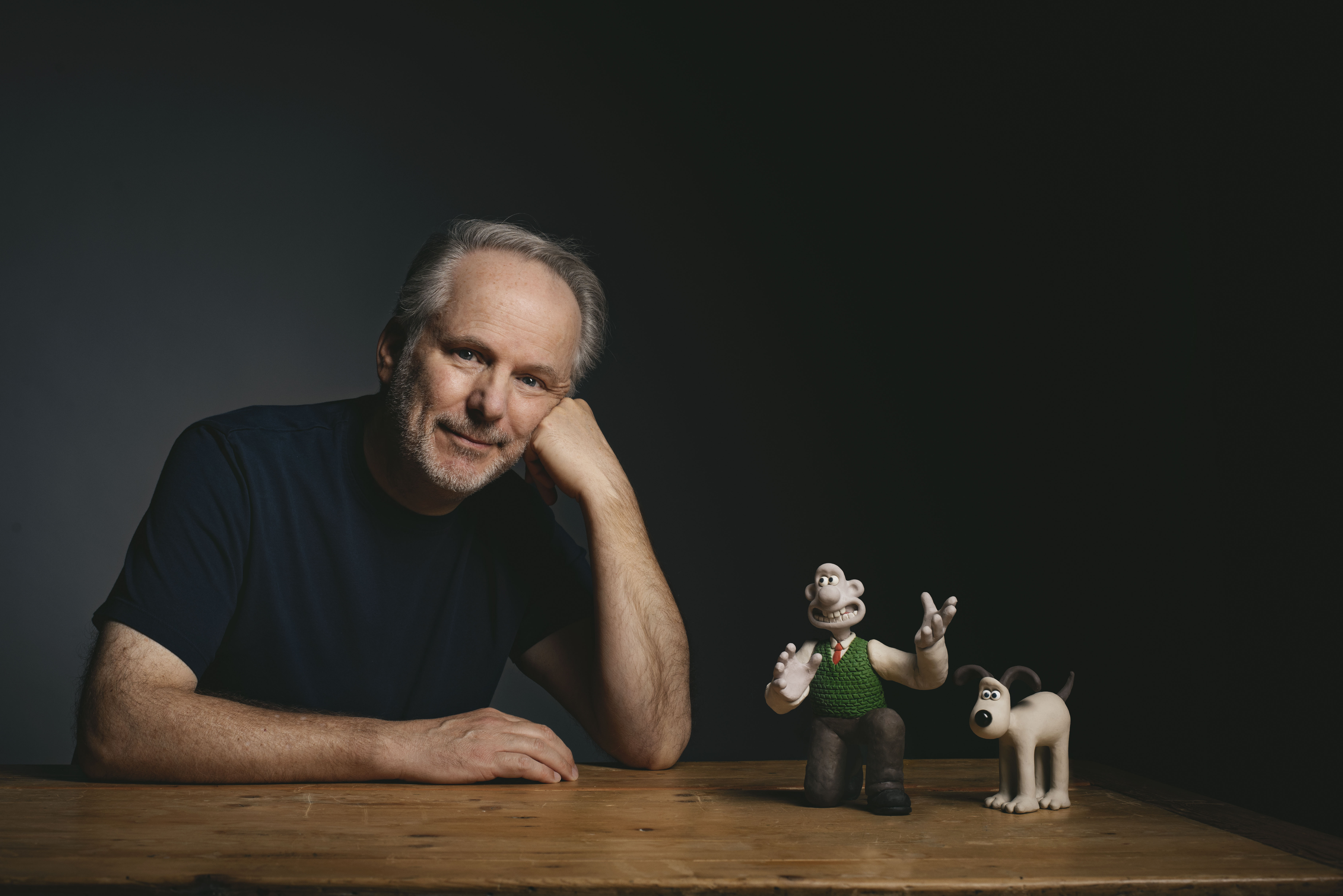 Say cheese: They don’t come around very often so when they do one must get excited. The sixth Wallace and Gromit film in 35 years will air in 2024, an untitled project that will tap into modern day fears over automation as Gromit tries to save his master from becoming overly-dependent on his inventions after creating a “smart gnome.” Sound vaguely familiar? Good thing it’s not an Amazon project. The pic is the first Wallace & Gromit film to come from Aardman Animations’ mega-deal with Netflix and will premiere on BBC One in the UK. Meanwhile, Aardman/Netflix’s hotly-anticipated Chicken Run sequel revealed Thandiwe Newton and Zachary Levi as leads as it gears up for launch next year. 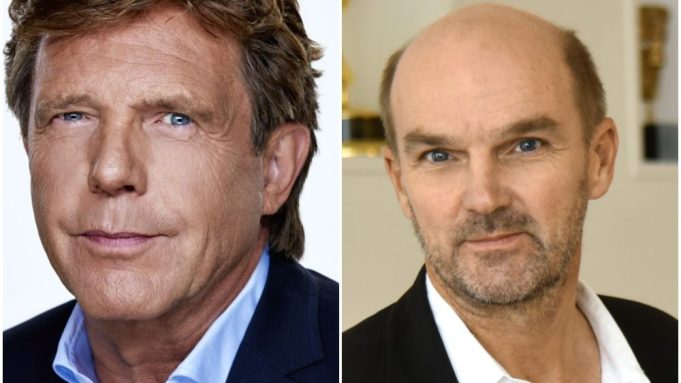 🌶️  Hot one of the week: John de Mol and Stephen Lambert (pictured: l to r), two of the world’s best format creators, are combining for the first time on UK and U.S. versions of de Mol’s Dutch format Million Dollar Island. No networks are attached as of yet.

🌶️ Another one: Roger Michell’s final film, the Elizabeth documentary about the Queen of England, has been picked up by Signature Entertainment and will air on the monarch’s Platinum Jubilee in June.

🌶️ Another one: HBO Max LatAm has expanded its catalogue rapidly following an ITV Studios package deal that features The Bay, Bump and Romulus.

🚚 On the move: Veteran WarnerMedia Europe exec Barbara Salabè is leaving her Italy, Spain and Portugal President role after 10 years. Her replacement was swiftly revealed to be Thomas J. Ciampa.

🚚 Another move: XYZ Films has promoted Pip Ngo to Senior Vice President of Sales and Acquisitions.

🏪 Setting up shop: Federation Entertainment has taken another step in its quest for world domination with the launch of German outfit Glisk alongside veteran execs Philipp Steffens and Julie Link.

🍿 Box office: Spider Man: No Way Home became the highest grossing film of all time in Mexico and has swung past the $900M mark at the international box office. 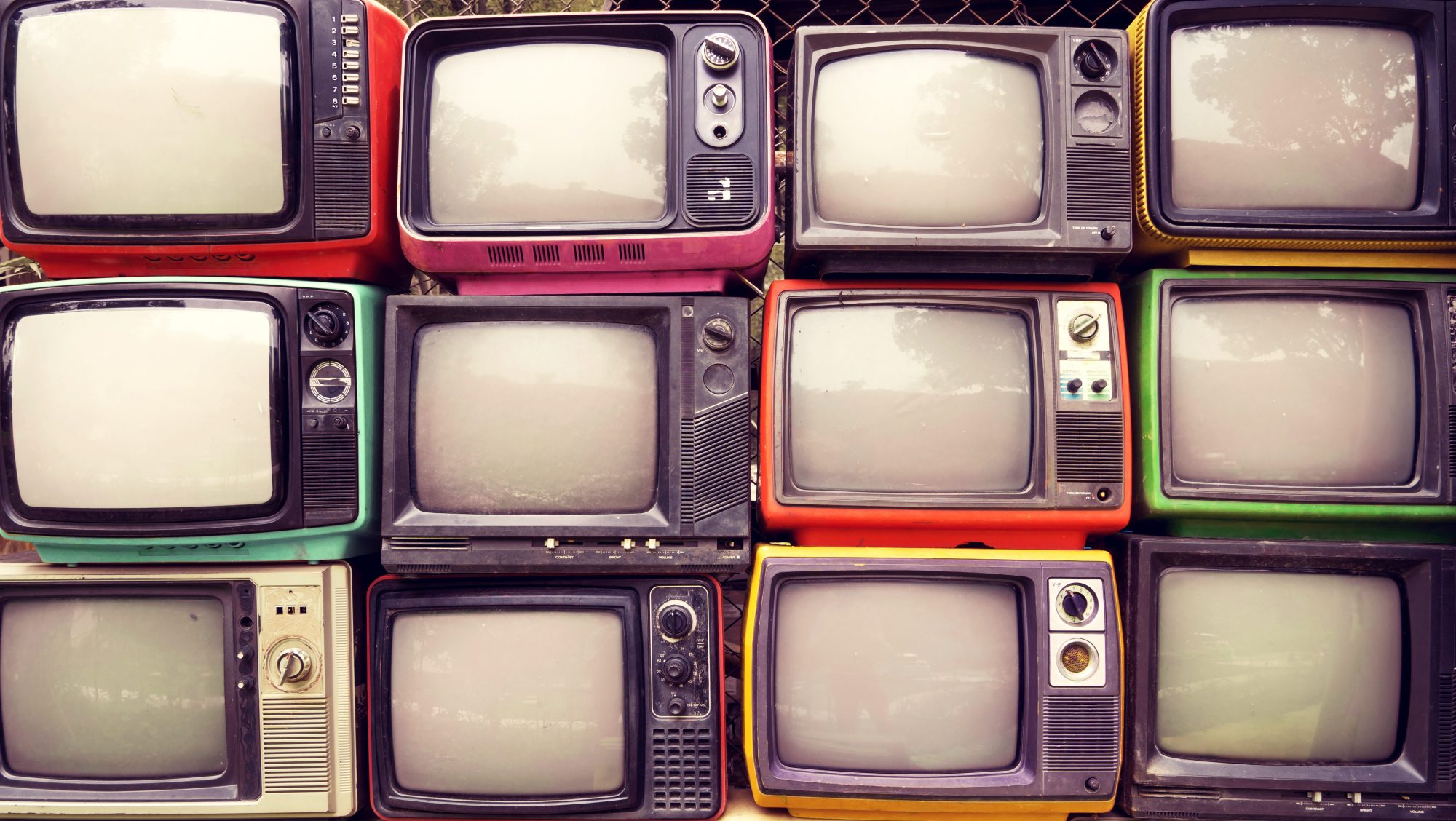 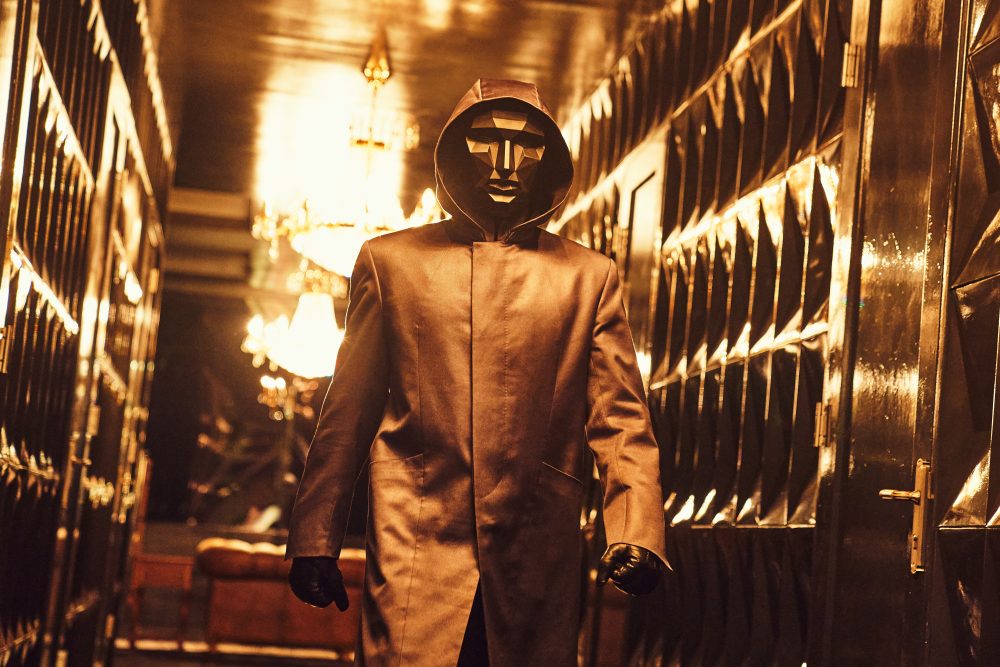