ON Friday night, furious Eamonn Holmes took to social media to slam Gogglebox for an "idiotic and cruel" edit of him and wife Ruth Langsford after they filmed for the celebrity version of the show.

Bosses for the Channel 4 programme quickly apologised, and vowed to re-edit the show for repeats and on demand, but this is far from the first time that it has faced a scandal. 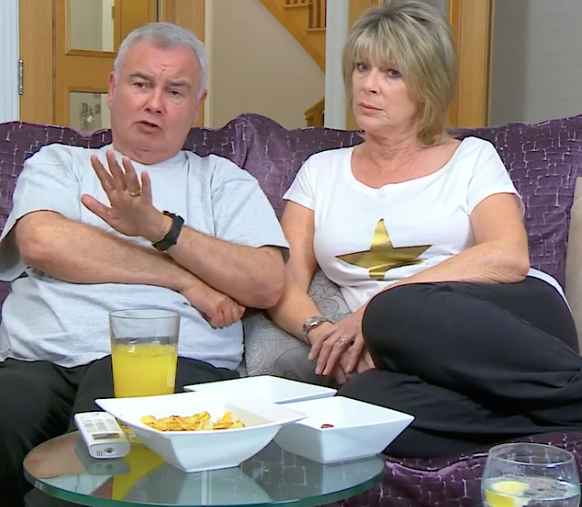 Taking Channel 4's prime time Friday evening slot, Gogglebox is supposed to be lighthearted, family-friendly viewing – but you wouldn't know it from this lot.

The popular programme launched in 2013, and in that time its much-loved stars have offended and outraged fans both on and off screen.

Here we take a look back at some of Gogglebox's biggest scandals: 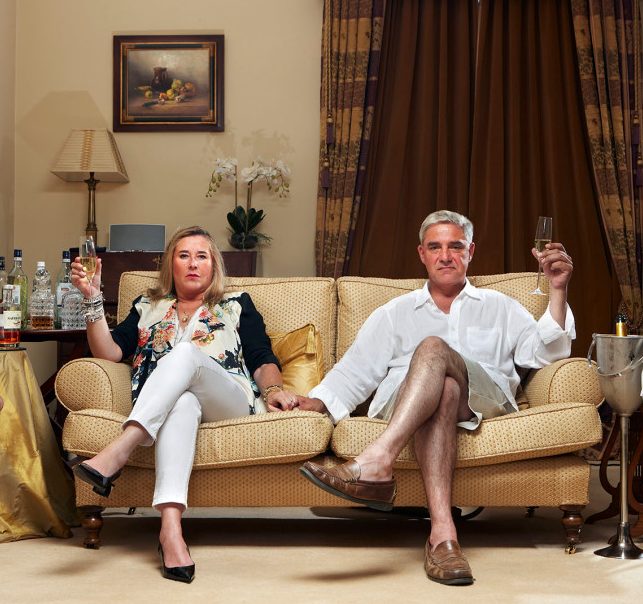 Boozy Steph and Dom Parker were one of the standout favourite sofa-dwellers when Gogglebox launched seven years ago, but they were also at the centre of the show's first attention-grabbing scandal.

More than 60 guests from a private swingers' club drank champagne at their residence before romping all night after sex club Killing Kittens paid out £1,700 for the night.

A spokesperson for the couple confirmed at the time that Steph and Dom were not at the house when the sex party took place – and thankfully, neither were the Gogglebox cameras. 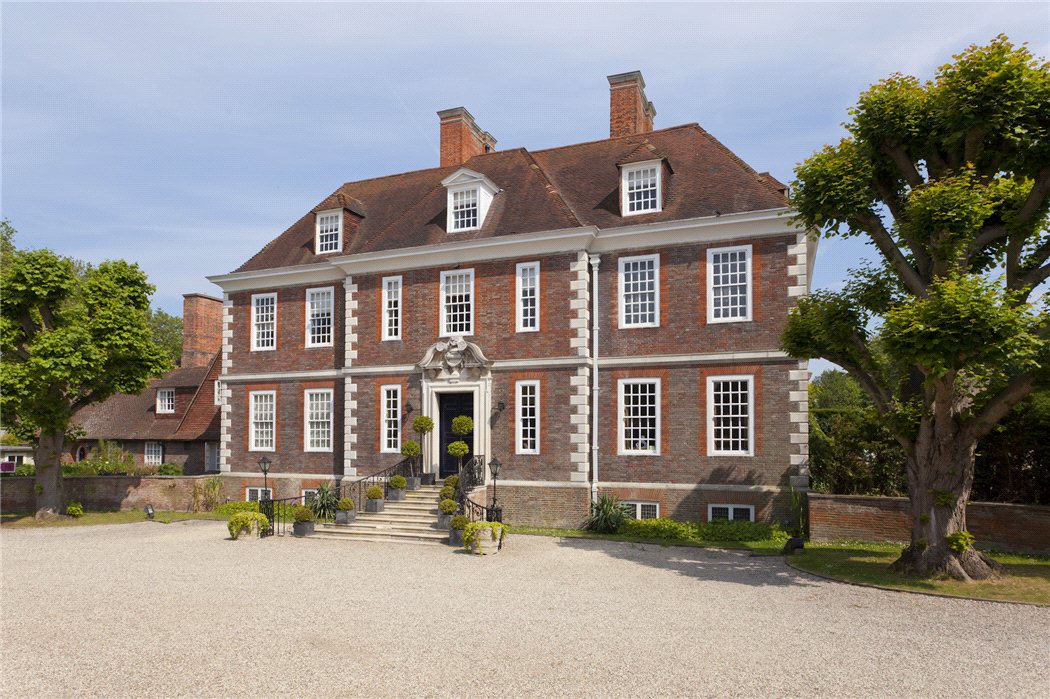 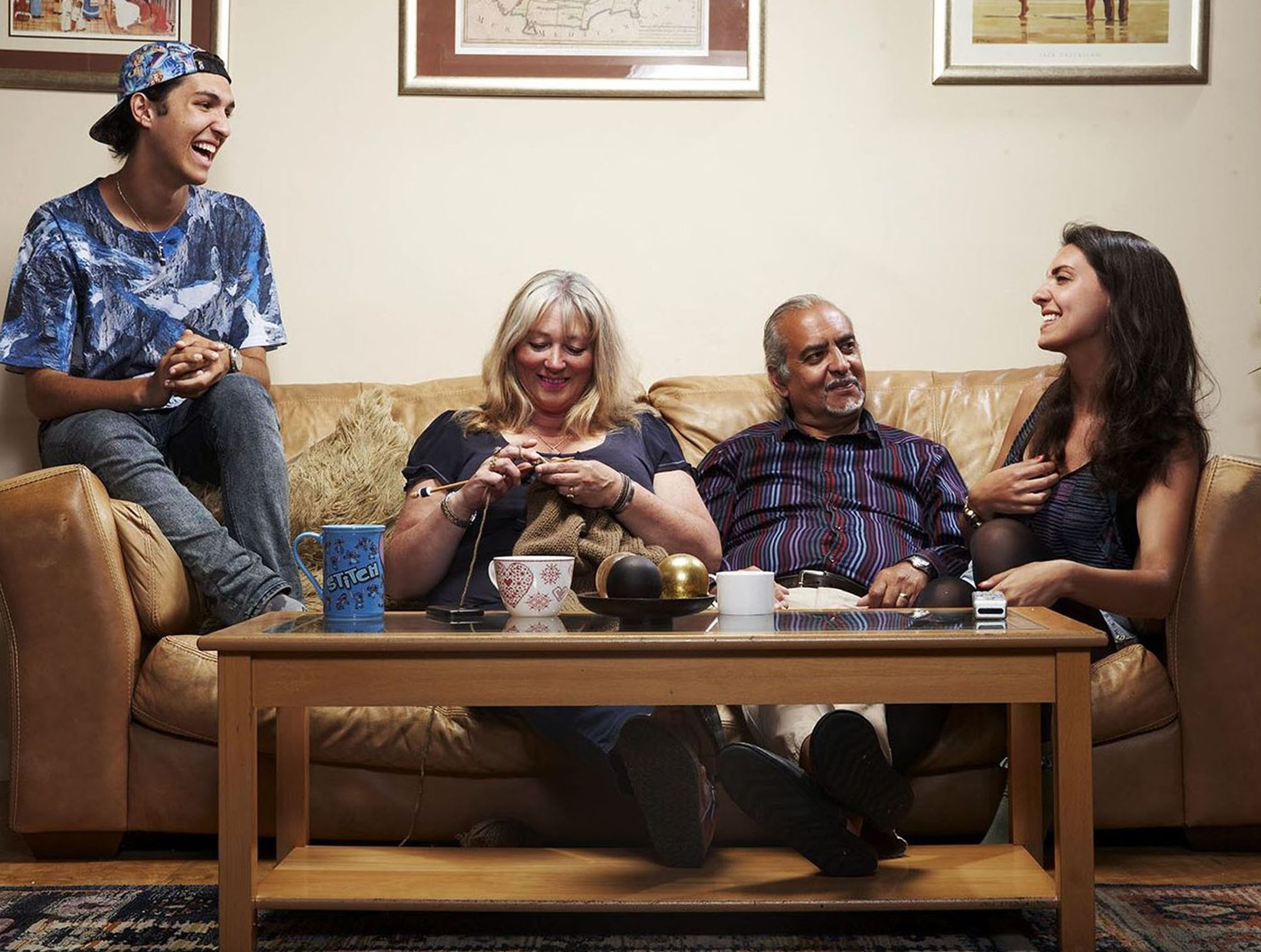 That following year, another original family – the Michaels – sensationally quit the show so that patriarch Andrew could run as a UKIP MP in Hastings and Rye.

Fans were shocked at the time, especially as the Michael family's children, particularly son Louis, always voiced incredibly left-wing views on the programme and social media.

Still, Greek Andrew vowed to fight for the people if he won, calling Nigel-Farage-founded UKIP "the party that has brought democracy and choice back to British politics".

Ultimately, Andrew failed to secure the seat and the family awkwardly returned to the show after their brief hiatus. 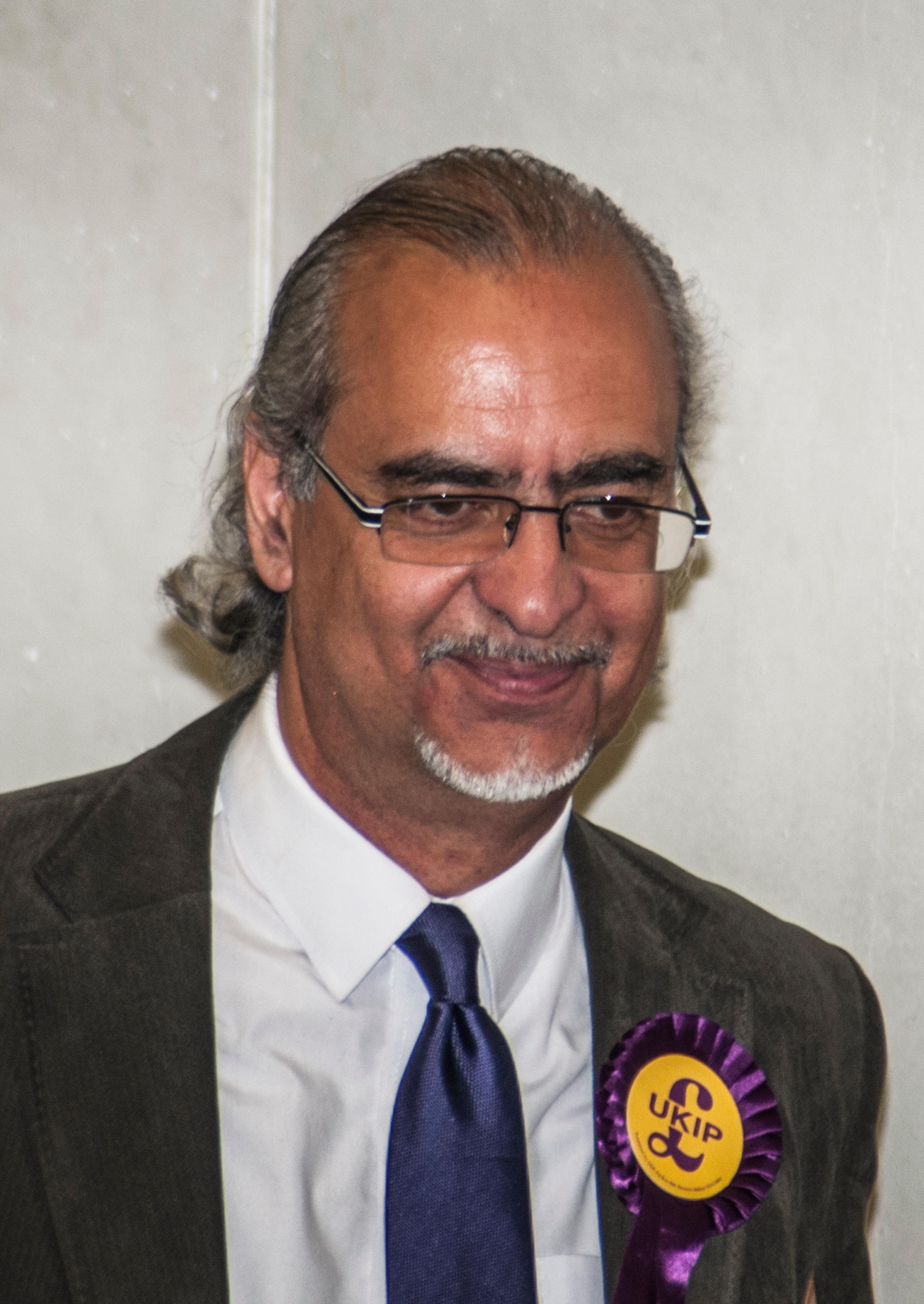 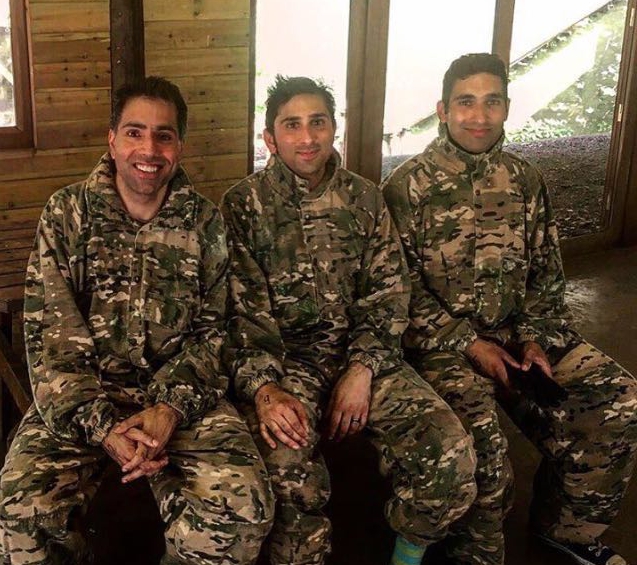 In 2016, the much-loved Siddiqui brothers were the subject of a local police investigation when they uploaded a controversial joke about ISIS to Facebook.

Siblings Baasit, Raza and Umar were forced to apologise after they posted a snap of themselves decked out in camouflage outfits with the caption: "ISIS training day, look how happy we look."

Local police confirmed they had investigated the image, sharing at the time: "We are satisfied that the caption was not intended to be taken seriously, and there was no link to terrorism whatsoever.

"We will be offering suitable words of advice to those who uploaded it. However, no offences have been committed and there will be no further police action."

Baasit and Umar remain firm favourites on the Channel 4 reality show to this day, regularly joined on the sofa by their quick-witted dad Sid. 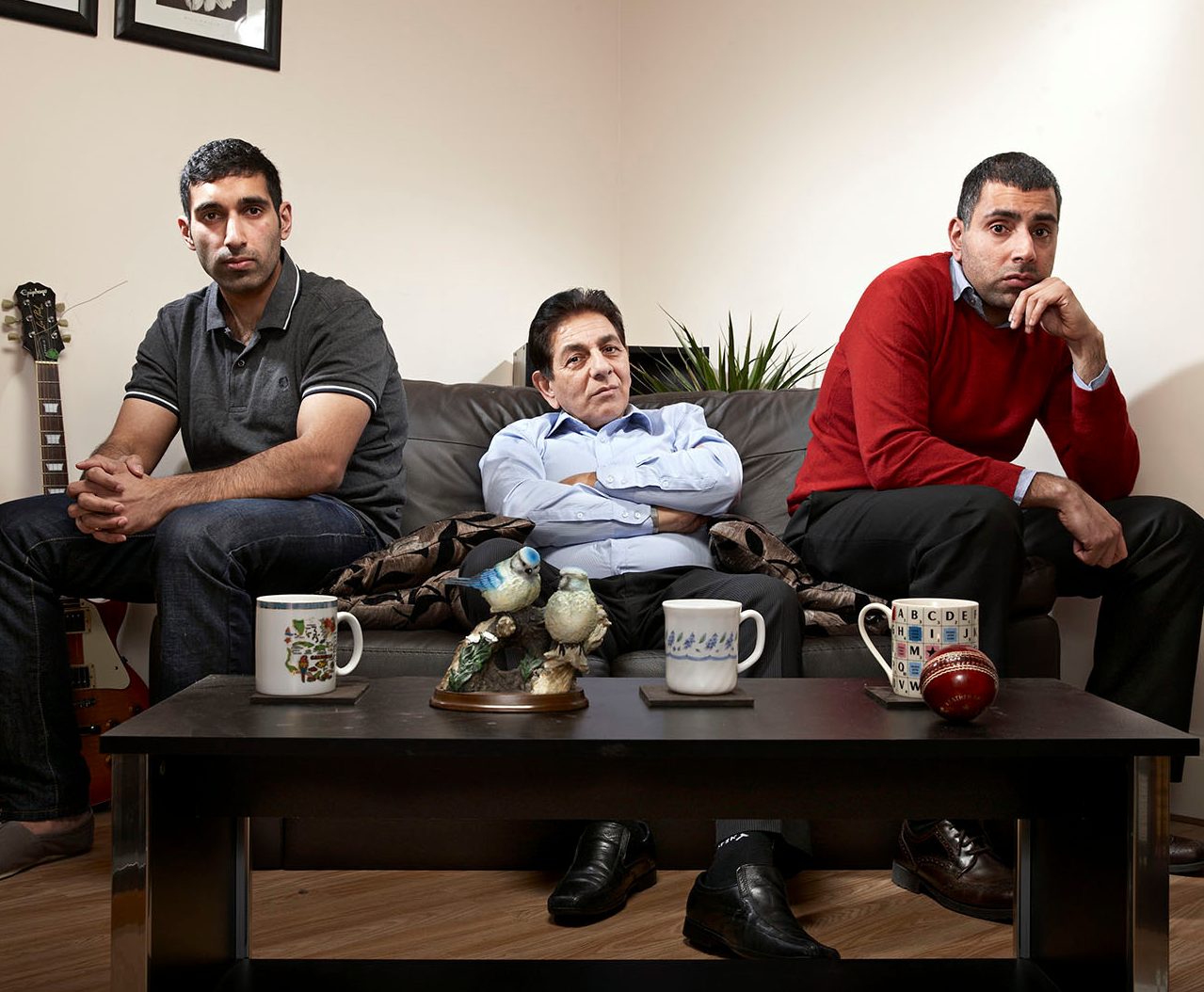 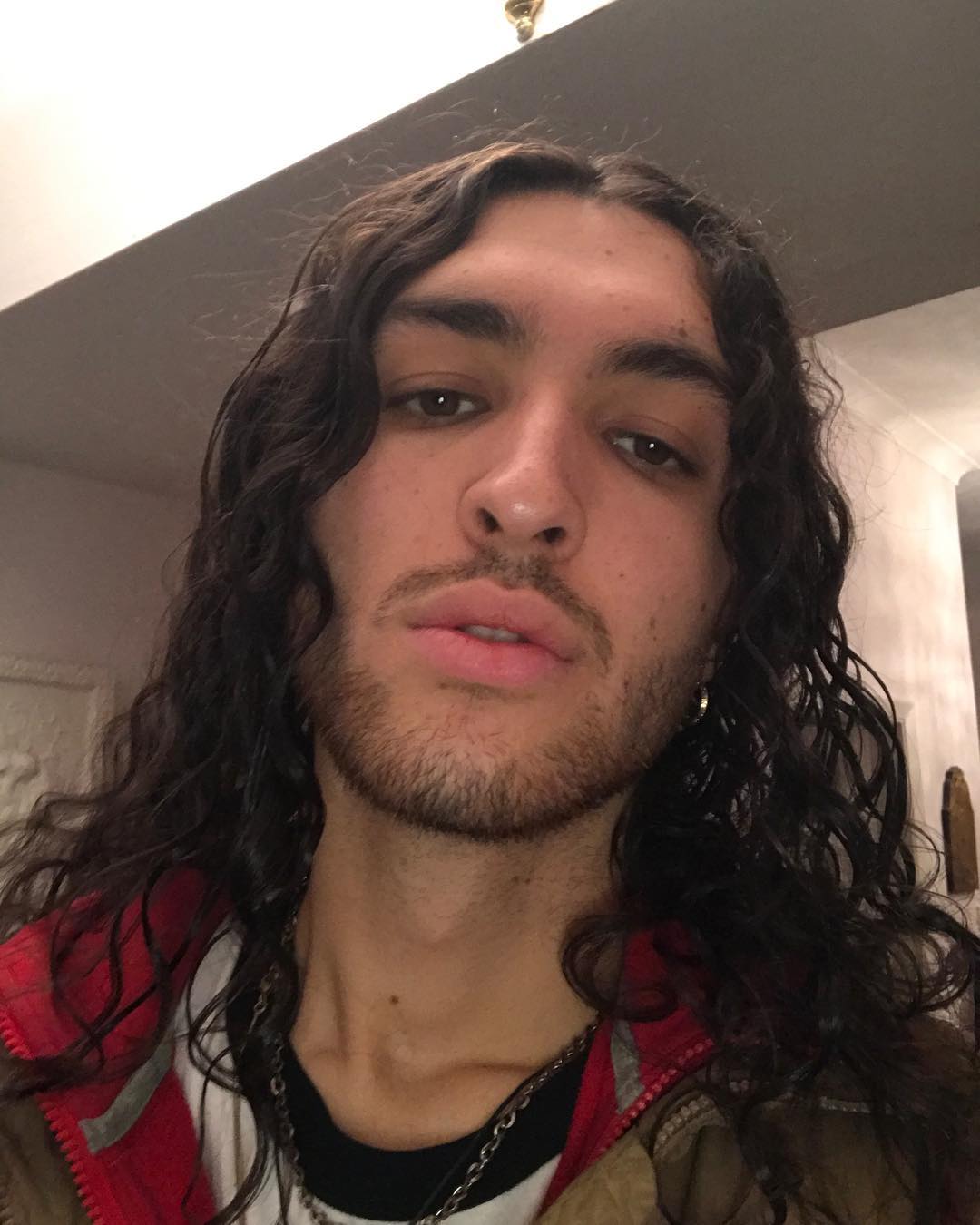 Remarkably, the Siddiquis weren't the only Gogglebox stars to land themselves in hot water with ISIS comments – with Louis Michael following suit the following year.

Aged 20 at the time, popular Louis stunned fans when he went on a bizarre rant defending the terrorist organisation on social media.

One tweet read: "There is a beating heart in that chest regardless of the thoughts in their minds", and when one stunned follower asked: "Are you seriously feeling sorry for terrorists?" passionate Louis hit back: "YES I AM BECAUSE THEYRE NOT TERRORISTS THEYRE HUMAN BEINGS."

Louis faced fierce backlash from his followers, and took a break from social media shortly afterwards. 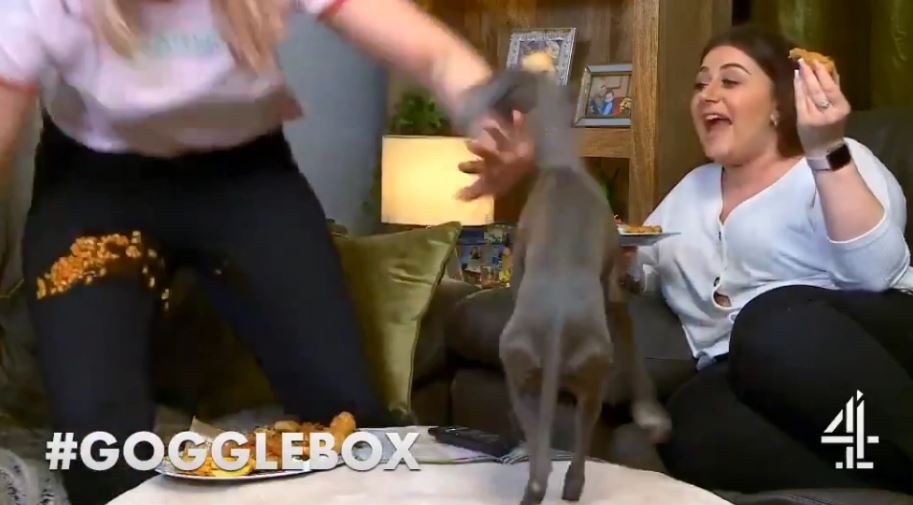 Sisters Ellie and Izzi Warner joined Gogglebox in 2015, and have faced their fair share of controversy ever since.

However, it all came to a head last year when disgusted viewers reported Ellie to the RSPCA for her "horrible treatment" of pet dog Mick in one of the episodes of the show – not quite the PG comic relief that viewers sign up for.

Ellie's six-month-old Italian Greyhound went flying off a stool after she swatted him out the way to stop him eating her dinner after she spilled some baked beans.

Taking to Twitter, fans criticised the way that Ellie treated Mick, with one writing: "This has made me go right off this pair! Some people just don't deserve dogs!"

Another added: "Not a nice way to push that poor puppy. It's your own fault!"

The reality star defended herself at the time, insisting on Twitter: "Sorry everyone, was scolded by burning hot beans, the foot stool is literally a foot from the floor so Mick was not hurt.

"I love my dog and would never hurt him." 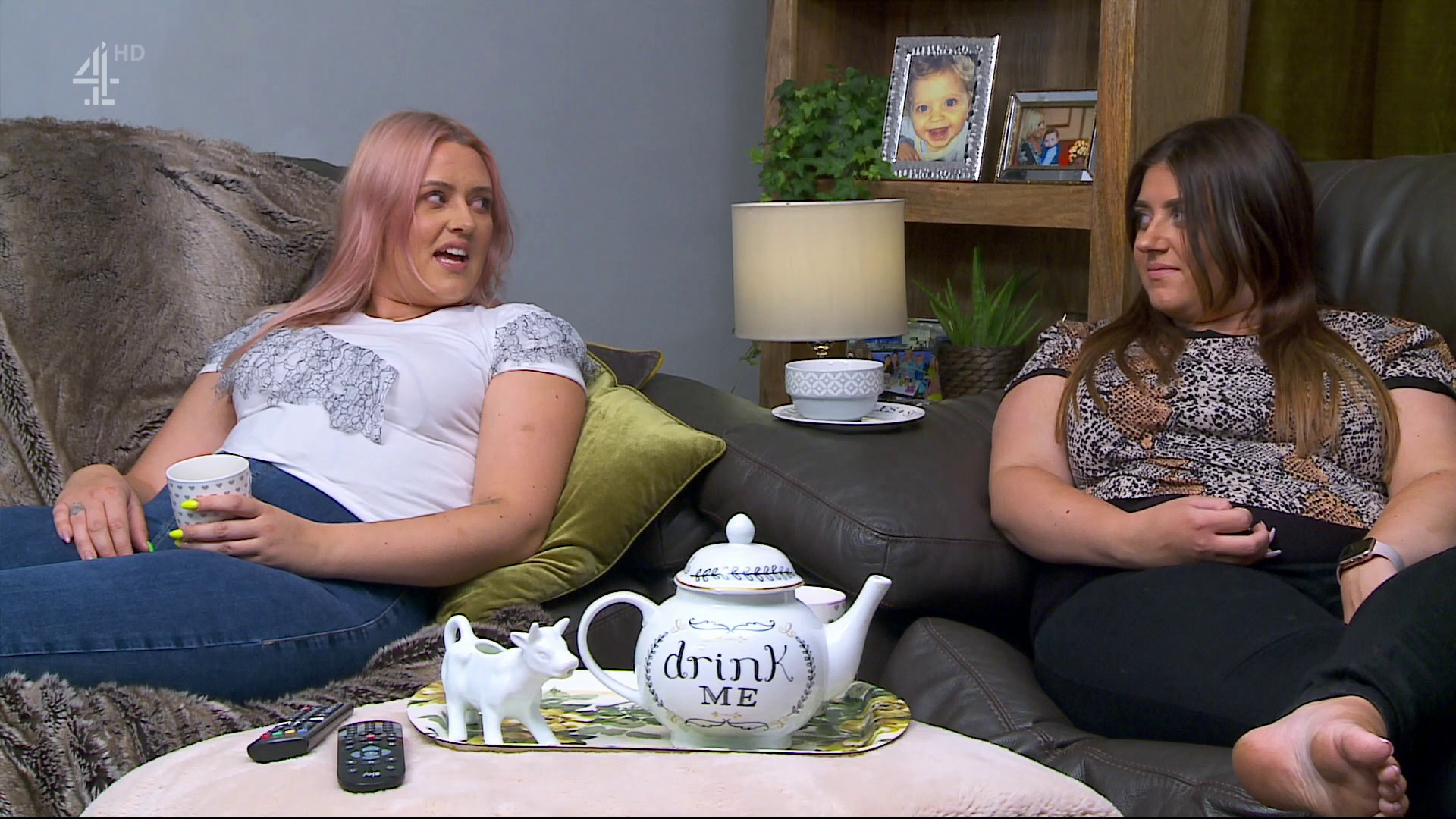 That same year, fans called for the sisters to be axed from the programme altogether after they laughed about a controversial #MeToo game.

In an episode of the show, Ellie admitted she and her friends made up a ‘tag’ game that was inspired by the movement.

The controversial game involved her and her pals chasing each other around and grabbing one another’s "boobs or bum", then calling out "me too" when caught.

The #MeToo movement started in 2017 when women from all over the world came forward to share their experience of being sexually harassed and assaulted.

Viewers branded the sisters "disgusting" for joking about such a serious issue, and took to social media to demand Gogglebox producers give them the boot – but bosses refused to bow to the pressure. 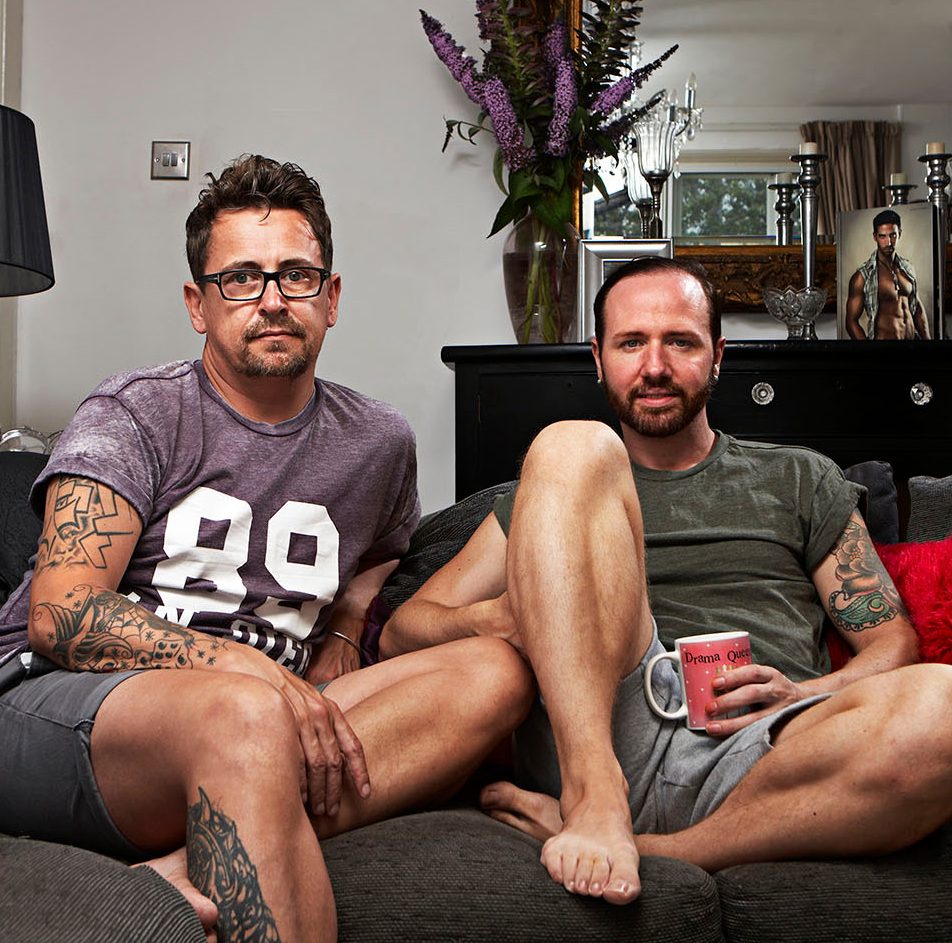 Also in 2019, former Gogglebox favourite Chris Ashby-Steed came forward to reveal all on his bitter relationship with his on-screen partner Stephen Webb.

The ex friends, who used to be in a relationship, signed up to the show in 2013 and appeared on the sofa together from the very first series until Stephen's mum sensationally replaced Chris in 2018.

Stephen now appears on the show with his husband Daniel Lustig, and Chris has admitted that Stephen's treatment of him had left him feeling "suicidal" – and that he'd been treated unfairly by Gogglebox producers. 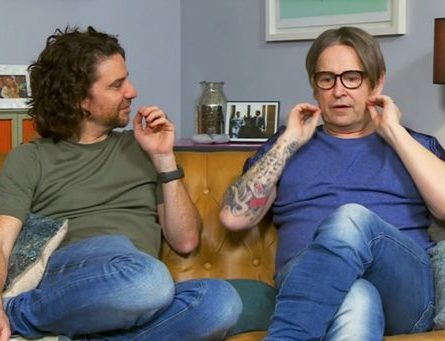 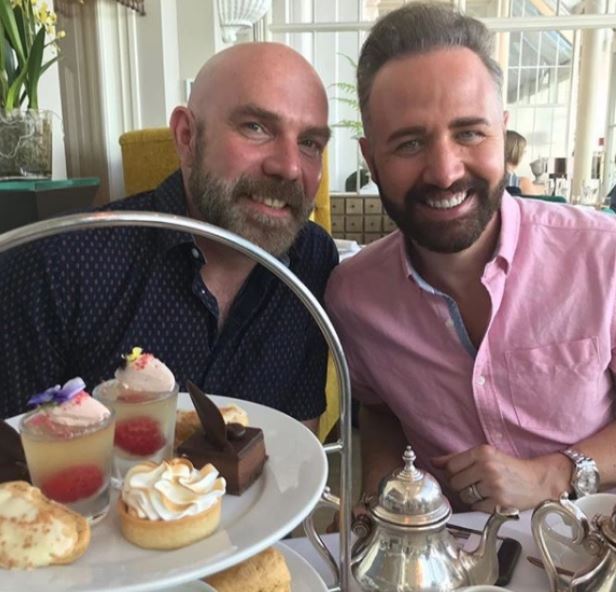 Chris claimed that Stephen would regularly put him down with snide remarks, and that when they were approached for a separate TV production, Stephen emailed behind his back to terminate the venture.

The telly favourite said that Gogglebox producers agreed to let both men appear with new partners on alternate weeks of the show after their fallout, which is when Stephen drafted in his mum.

However, bosses weren't happy with Chris' suggestion for his new partner and told him that it "wasn't going to work" – forcing him to give up the gig.

Chris said that the experience left him feeling "like a failure", adding that he is "depressed and agoraphobic" as a result, but is seeing a counsellor every week for help. 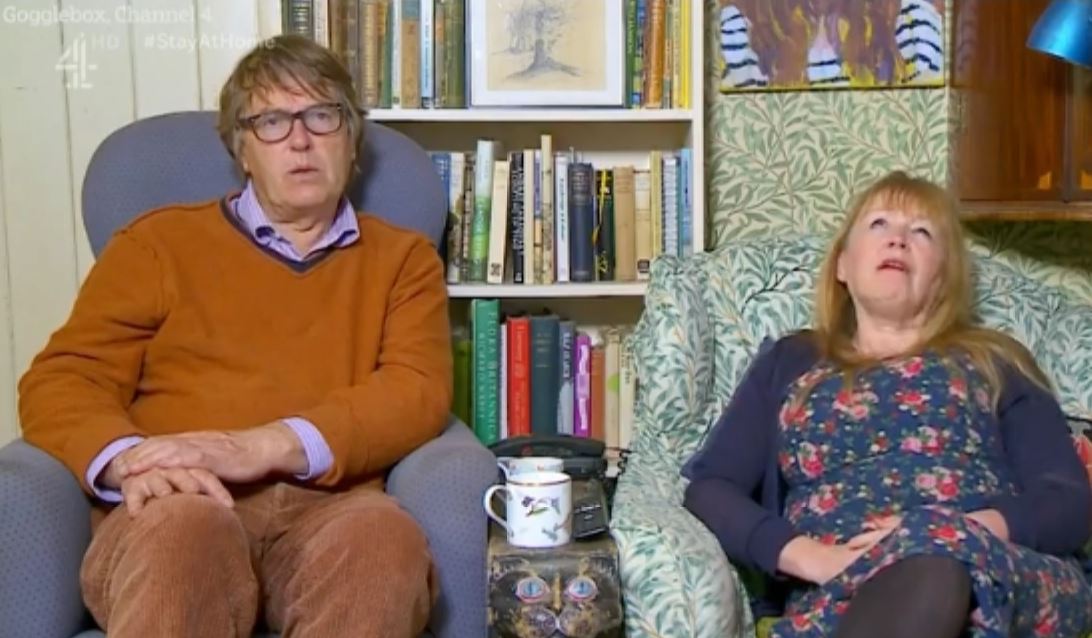 SHOCKING 'RACIST' IMPERSONATIONS ON THE SHOW

Fans of the show slammed Channel 4 bosses for leaving the impersonation in last month's episode, calling it "un PC" and "shocking".

In the episode's final part, Mary and partner Giles were shown news coverage of the North Korean leader's first public appearance following speculation he had died.

Discussing whether the report was accurate, Mary said that the North Korean dictator's sister should take the reins.

She then did an impersonation of Kim Yo-jong with a stereotypical Korean accent while rolling her eyes back and waving her head around.

Giles, sitting next to her, said: "That's a very good imitation, Mary. I'm not sure how PC it is, but that is an excellent imitation." 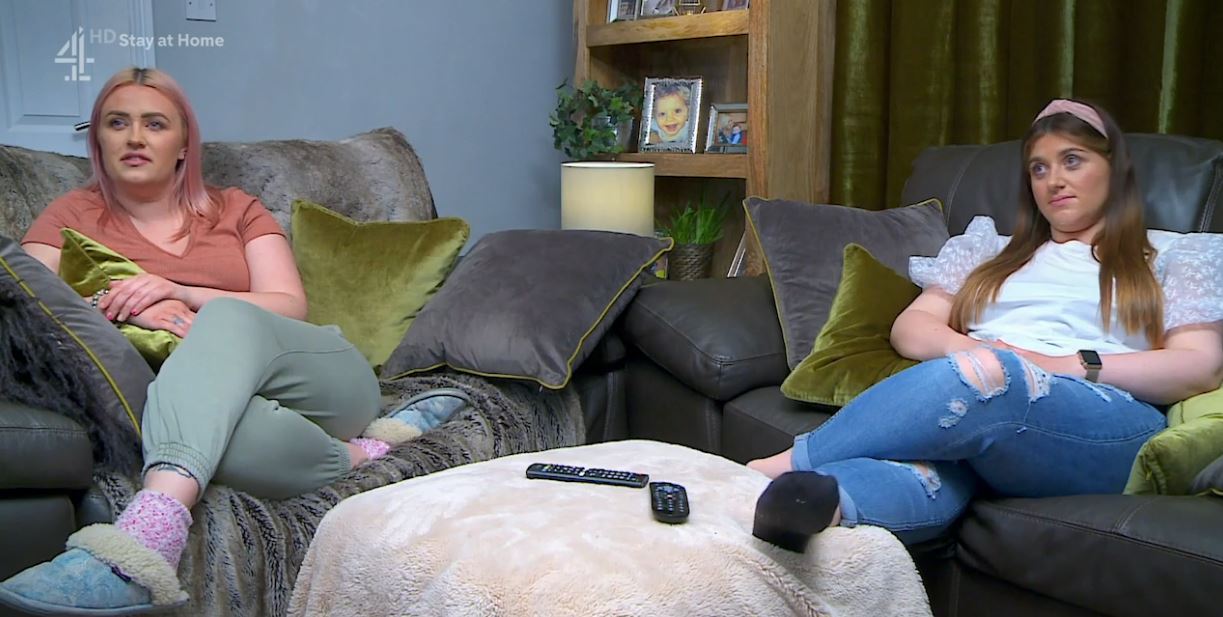 The majority of 2020 Ofcom complaints came from viewers who were outraged that the stars did not appear to be social distancing during filming.

Despite strict government rules banning different households from mixing during the ongoing coronavirus pandemic, stars who do not live together still appeared in the same living rooms for filming.

Gogglebox producers defended the scenes, insisting that social distancing had been adhered to as the pairs sat at least two meters apart – but angry fans argued that the two-metre rule was only for outside spaces.

Bosses ignored the backlash, and faced further complaints on Friday with the first episode of the celebrity version of the show, which again included stars who do not live together filming in the same living room. 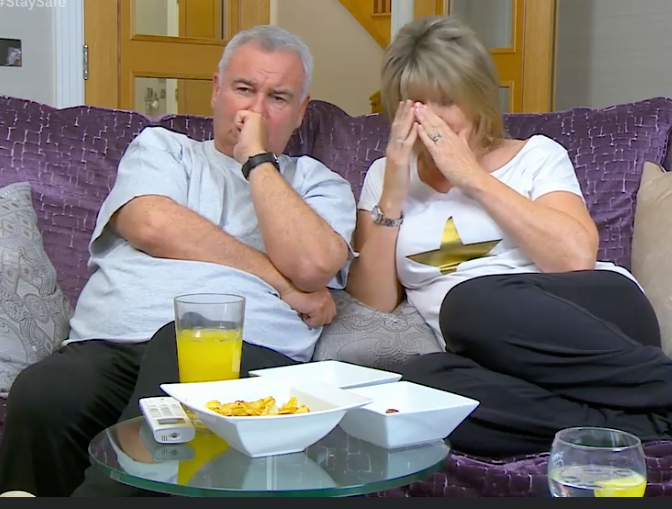 Eamonn Holmes and his wife Ruth Langsford are among the stars taking part in the new Celebrity Gogglebox, and although they live together – making social distancing a non-issue – they still faced a scandal after Friday's episode.

Furious Eamonn took to his Twitter page on Friday night to publicly slam showrunners for a "cruel and idiotic" edit that showed him tell a funny story instead of discussing his father's death.

The 60-year-old star said he was "hurt beyond belief" that he was made to look like he was having a laugh after watching a child resuscitate his dad who was having a heart attack BBC's Ambulance.

A Gogglebox spokesperson said in response: "We have apologised to Eamonn over what happened in this week’s episode. We understand and respect Eamonn’s feelings on such a deeply personal story.

"We have taken the decision to edit the episode for future repeats and All 4. We look forward to working with Eamonn and Ruth for the rest of the series."