IT seems AJ Pritchard's family think many of his I'm A Celebrity costars were being fake onscreen.

The former Strictly pro, 26, was voted out of the castle on Wednesday, alongside Olympic champion Sir Mo Farah. 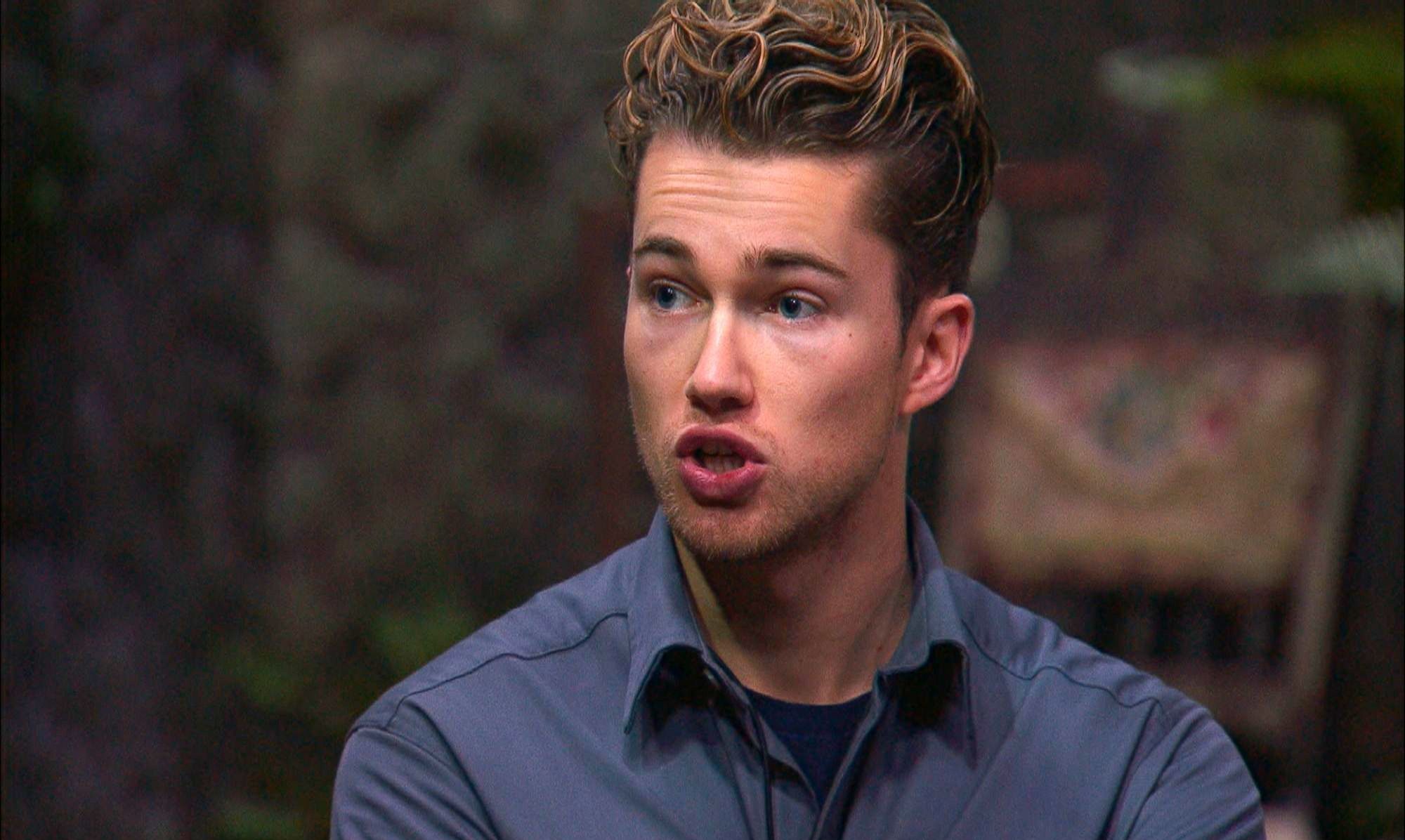 During his time in the castle, AJ had an infamous run in with former EastEnders star Shane Richie.

AJ accused Shane of doing a sloppy job with the washing up and had a last swipe at him after leaving the castle, saying "I was doing a lot more".

But now it seems his family has joined the fray after 'liking' a tweet from AJ's account.

It is understood AJ's family took over his social media while he was on I'm A Celeb to help promote him while he was in the castle. 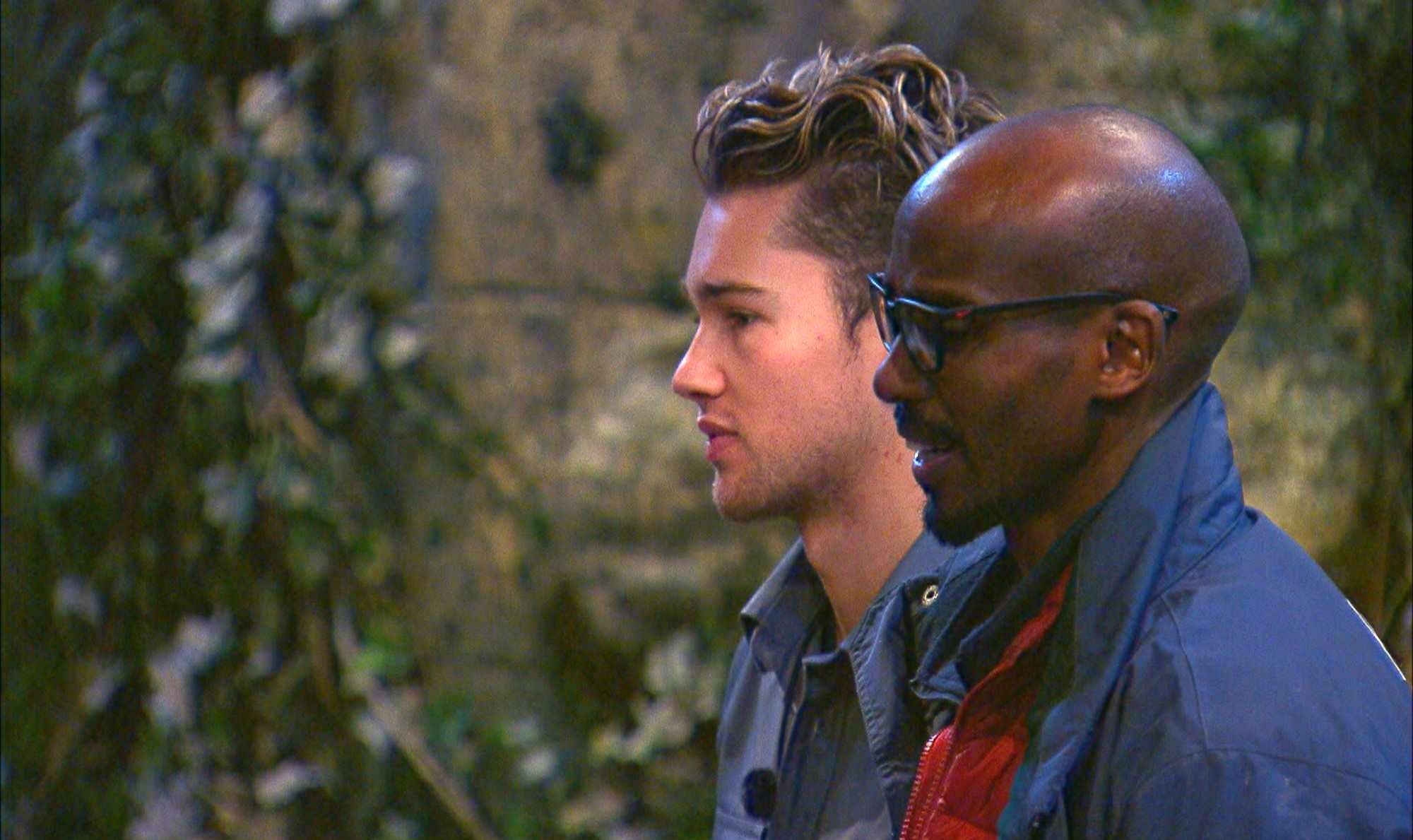 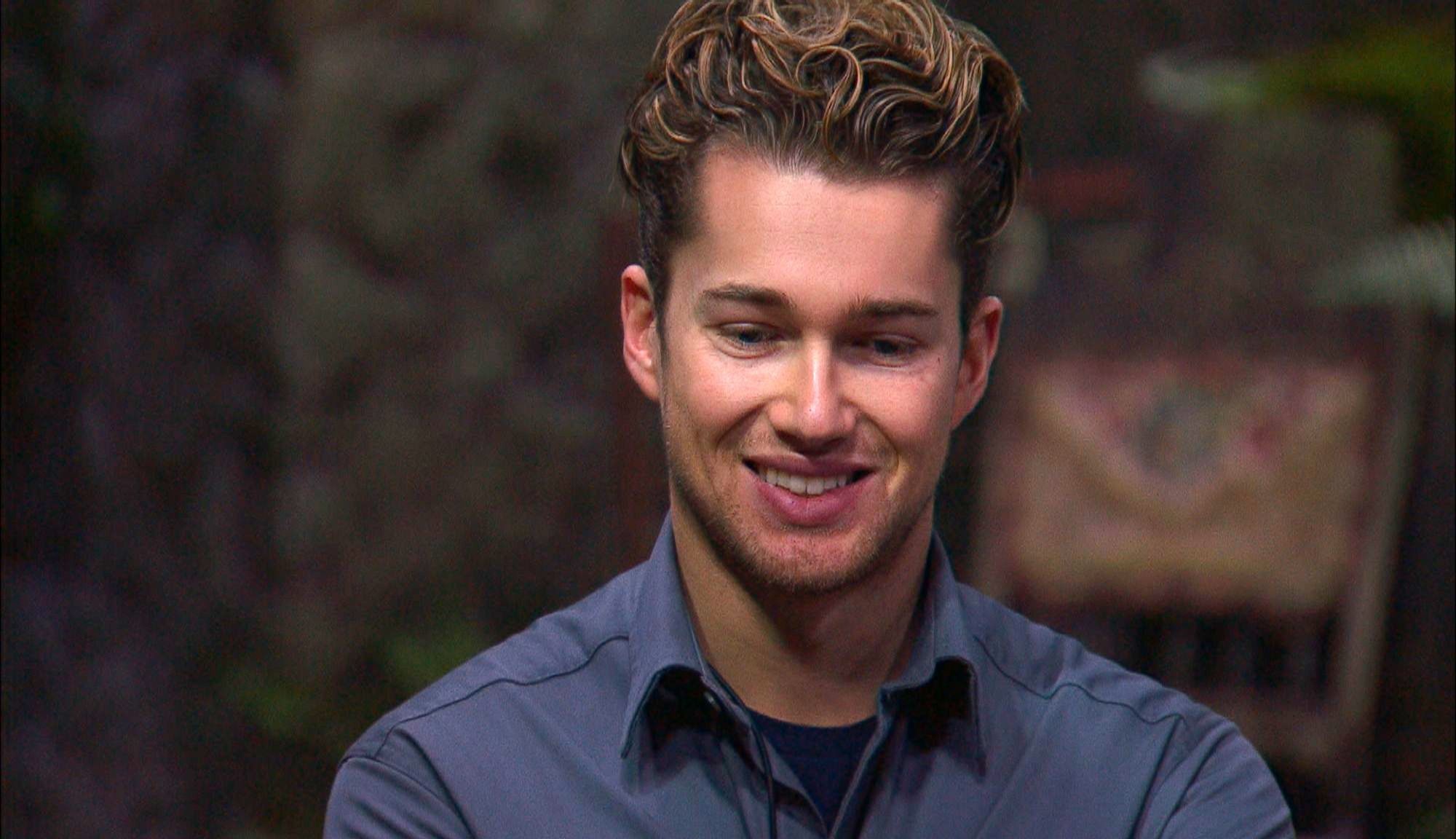 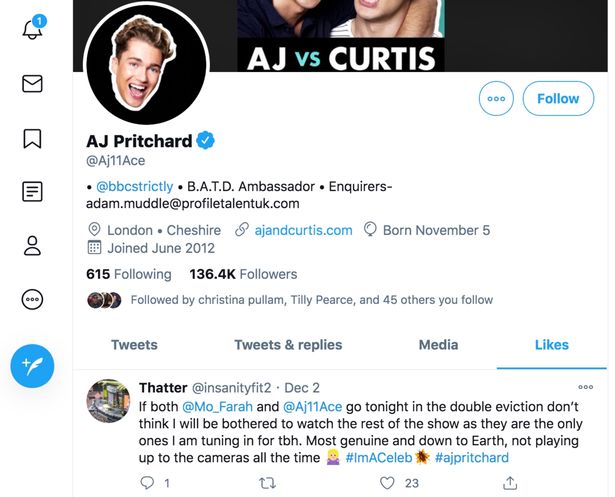 The tweet read: "If both @Mo_Farah and @Aj11Ace go tonight in the double eviction don’t think I will be bothered to watch the rest of the show as they are the only ones I am tuning in for tbh. Most genuine and down to Earth, not playing up to the cameras all the time #ImACeleb #ajpritchard"

It's not the first time AJ's family have defended him during his I'm A Celeb stint.

His Love Island brother Curtis, lashed out at Shane Richie, calling him "lazy". 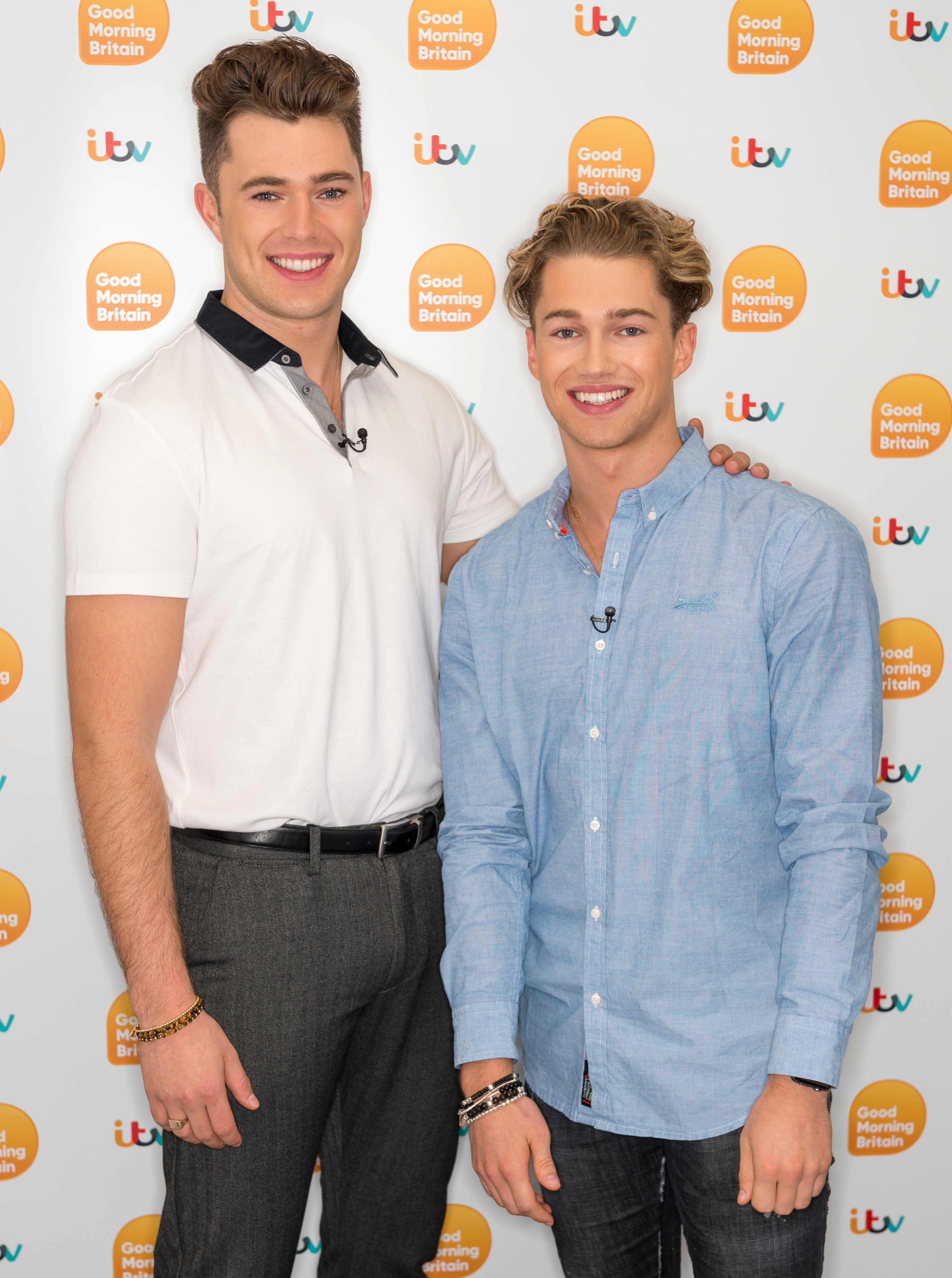 He fumed: "He ain’t pulling his weight around and ain’t doing his chores" after a feud in the famous TV castle.

The beef didn't escape 24-year-old Curtis, who is famous in his own right thanks to a stint on Love Island last year and relationship with co-star Maura Higgins.

Speaking on the family's podcast, he asked: "I’ve noticed with Shane and AJ, is there something going on there?"

Mum Debi replied: "You will understand this. Shane is a real character and I would say Shane maybe hasn’t had to be in a position where he’s had to clean up after himself or wash his dishes."

Curtis then asked pointedly: "So has Shane been lazy then?" 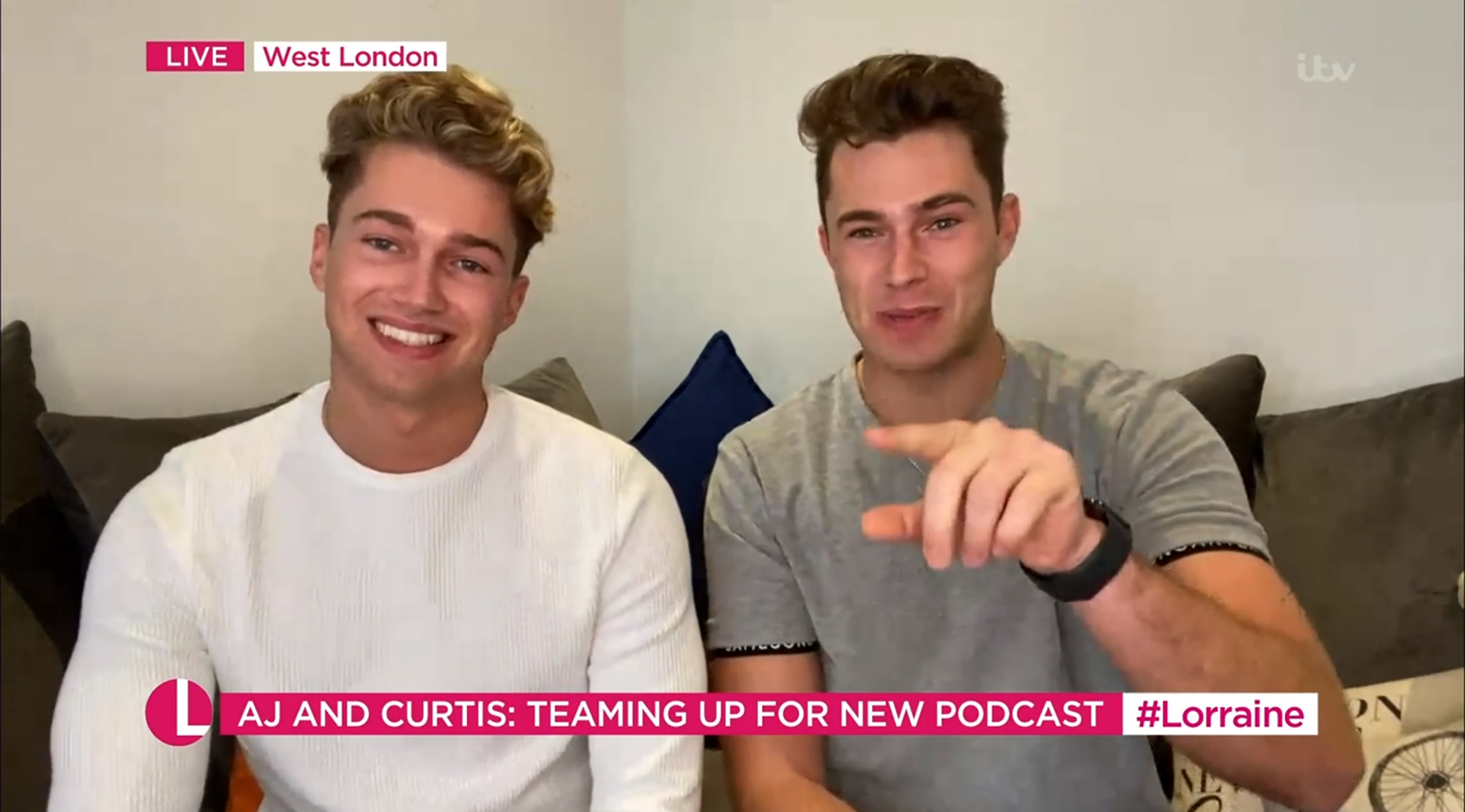 "Not quite doing the jobs he should be doing because they had been chosen by the camp ruler to do certain jobs, but one day AJ chose to wash the pots to help because I think Shane was doing a trial.

"Shane had cleaned the pots and it was fine, he did a normal cleaning job of the pots. Then AJ did the pots, AJ scrubbed the pots to an inch of their lives, until they were so clean and shiny."

Curtis then sniped: "If you’re going to do a job do it properly."

He added: "So I’m going to just say it then, Shane has been lazy basically. He ain’t pulling his weight around and ain’t doing his chores."