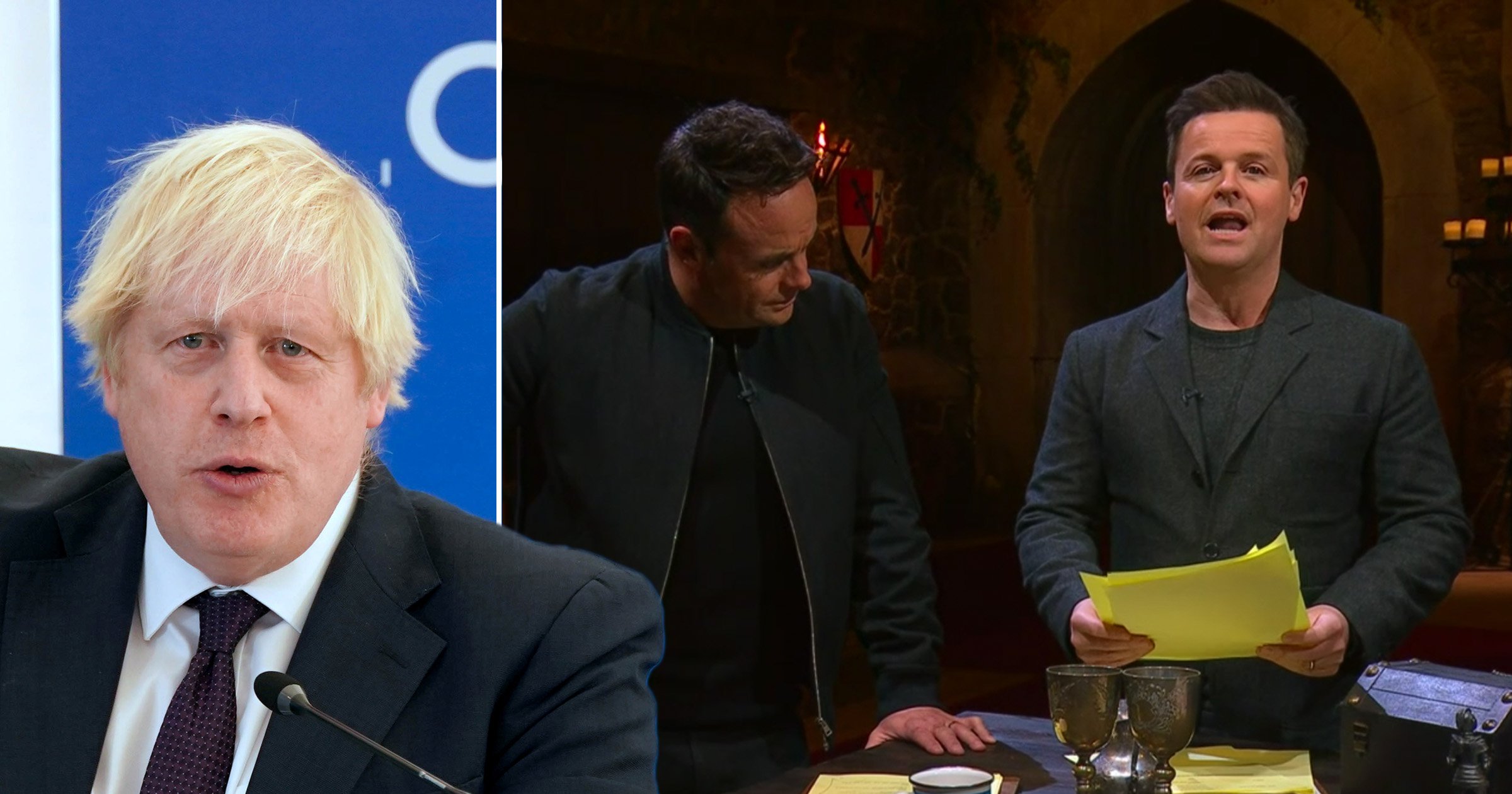 Ant McPartlin and Declan Donnelly couldn’t resist making a dig at Prime Minister Boris Johnson’s bizarre interview on tonight’s I’m A Celebrity… Get Me Out Of Here!

The presenters seized the opportunity to mock the PM, who had hit headlines earlier in the day after stumbling through a speech at the Confederation of British Industry and said ‘forgive me’ as he tried to find the correct place in his notes.

During Monday’s episode of I’m A Celeb, Dec described a cake which the campmates were eating as a ‘galaxy of formidable flavours’, to which Ant asked: ‘Where did we get it?’

Dec replied: ‘I’ve got it written down somewhere,’ before pretending to fumble around his own sheets of paper and impersonating Mr Johnson’s voice while telling viewers: ‘Ooh, er, forgive me’.

The hilarious moment went down a treat with viewers, who applauded the presenters for the cheeky jibe.

One viewer tweeted: ‘Love it Ant and Dec taking the mick out of Boris.’

Earlier in the day, Mr Johnson baffled business leaders at the conference as he delivered a ‘rambling’ address, telling them how he ‘loved’ Peppa Pig World despite the cartoon character resembling a ‘Picasso-like hair dryer’.

He also appeared flustered after losing his place during the talk, muttering ‘forgive me’ three times as he leafed through his papers while the audience sat in awkward silence – before eventually continuing around 30 seconds later.

Mr Johnson was later forced to defend his performance, with one reporter quizzing him: ‘You lost your notes, you lost your place, you went off on a tangent about Peppa Pig – frankly, is everything ok?’

However, he insisted: ‘I thought it went over well.’

I’m A Celebrity… Get Me Out Of Here! returns tomorrow at 9:15pm on ITV.