One of the darkest contenders for this year’s Best International Film Oscar is “Notturno,” a documentary from Oscar-nominated filmmaker Gianfranco Rosi, who sets the audience down in the Middle East chaos by watching it unfold through the terrified eyes of those who have suffered the most.

For Rosi, who spoke with TheWrap for its Awards Screening Series, “Notturno” is his follow-up to the acclaimed “Fire at Sea,” which earned an Oscar nomination for Best Documentary Feature and won the Golden Bear at the Berlin Film Festival in 2016 for its unflinching look at the unfolding migrant crisis in Europe. Now Rosi has turned his attention to the wars that have forced millions of migrants across the Mediterranean.

“What I always felt was missing in [‘Fire At Sea’] was going close to the people I was meeting on this island. This was the gate of Europe and where somehow politics and politicians betrayed the hope of these people,” Rosi said. “So, for me, it was a natural step after finishing the film to go and see the reality…and I was confronted with the huge territory, these borders that confined me in layers of different cultures and different languages.” 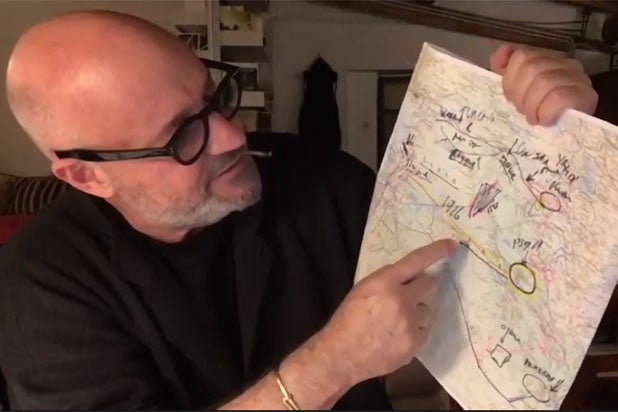 It took three years for Rosi to navigate his way through Syria, Iraq, Kurdistan and Lebanon, finding stories of families who lost everything they had to war and mothers whose children were kidnapped, tortured and killed by ISIS.

As these stories unfold, there’s no indication of where, exactly, any of the people Rosi meets are actually located in the Middle East. Rosi says that hints at where each interview is filmed can be found by those who can recognize the distinguishing traits of the many cultures and languages in this wartorn part of the world.

But, ultimately, he decided during editing not to explicitly outline where each scene was shot because he wanted to keep the focus on the human experience and cost of war rather than on national and cultural differences.

“I spent two years without even watching anything in the footage,” he said. “Everything that happened was an accident, an encounter that was never predicted…and the moment it happened it became part of the narration. So these borders are a symbol of division and conflict.”

Watch more of the interview with Rosi in the video above.