What do Hillary Clinton, Bette Midler, John F. Kennedy Jr., Sally Field and Don Rickles have in common? They’ve all applied for or been Murphy Brown’s secretary on the acclaimed series of the same name.

“On our first show we had a secretary who is probably the jewel in the crown of our chain of secretaries,” Candice Bergen said about Clinton’s surprise appearance in the Murphy Brown revival’s premiere.

The surprise appearance remained just that¬—a surprise. In the age of spoilers and leaks, CBS and the Murphy Brown crew were able to keep the lid on the surprise cameo through cloak and dagger tactics. Bergen said there were confidentiality agreements in play. CBS even cut the scene from advanced screeners provided to press for review. When Clinton filmed, series creator Diane English said they operated under a closed set meaning only essential personnel were there, roughly 30-40 people “at most,” she said.

TV Reboots, Remakes and Revivals Guide: Which Shows Are Returning From the Dead? 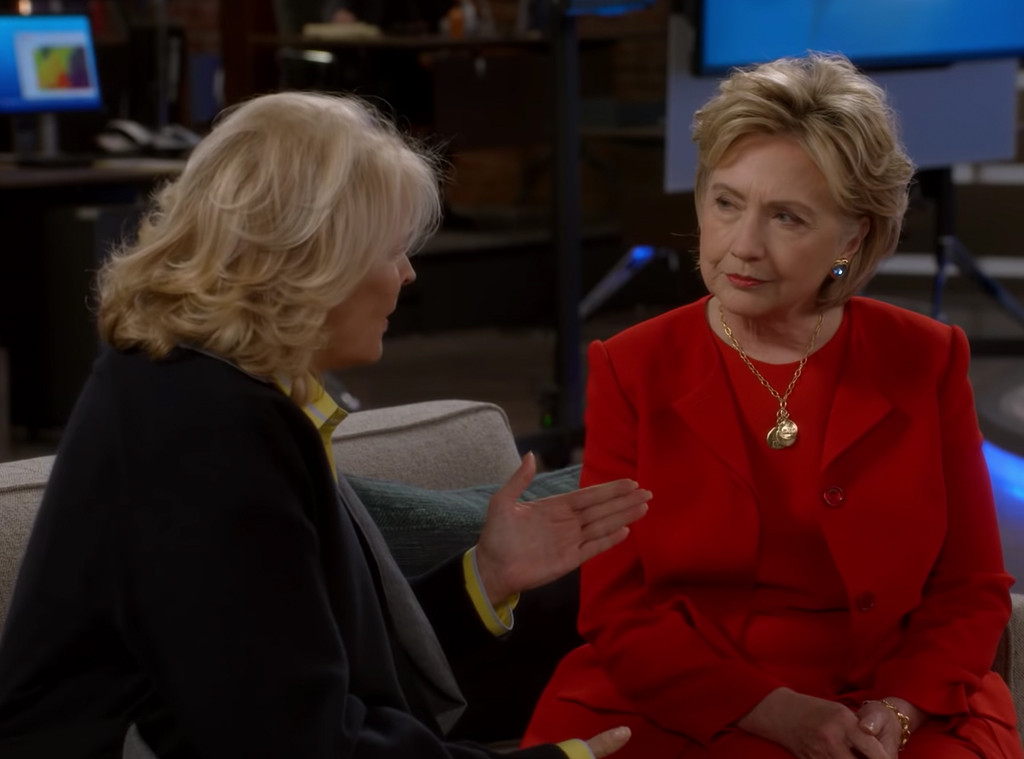 “We kept everybody away just to prevent any leaks. Everybody was sworn to secrecy,” English said.

The idea to have Clinton cameo on the politically-charged comedy first came up in January when English began work on the revival. She said it was a pipe dream and “wasn’t an easy road” to get the former secretary of state onto the series.

“You just don’t call her up, there’s a lot of people you have to go through,” English said. “I would love to be a fly on the wall when America saw it for the first time because we really kept it on lockdown.”

“We were very excited, of course. It was just moving on so many levels,” Bergen said.