”There’s a lot of beauty that can come out of grief,“ Lyle Kash told TheWrap

“Death and Bowling” writer, director and editor Lyle Kash captured the multidimensional capacity of grief and loss to create beauty by embracing nostalgic color motifs and the loving community of a queer bowling league.

“There’s something gestural about tossing a ball, rolling a ball and everybody orienting their bodies in one direction,” Kash, who identifies as transgender, told TheWrap. “There’s a little bit of a horizon, like at the ocean, or in a movie theater that sort of captured the feeling visually.”

The film, which makes its world premiere at Outfest Los Angeles on Sunday, centers on X, a trans actor who grieves the loss of Susan, the beloved captain of his lesbian bowling league alongside Susan’s partner and the rest of the team. When a mysterious stranger appears at the funeral, X and the others learn that Susan had a son, a fact she kept to herself as she failed to accept Alex’s trans identity during her lifetime. 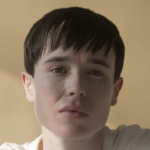 Given that Susan took in X as her own son and accepted his trans identity, X and Alex understand each other both as mirrors and rivals during the film. “X is the trans son that Susan was never able to embrace in her biological child,” Kash said. When the two begin a romantic entanglement, Kash explores the sinister element of this relationship through a subversive sex scene that merges kink and violence without traditional on-screen intimacy.

In a vulnerable, dream-like moment, X leans down to lace up crimson-colored boxing gloves onto Alex’s hands, leaving X powerless to Alex’s cushioned hands beating him down.

“I wanted there to be a sex scene of sorts that may or may not have happened outside of X’s imagination, but that got to this issue of violence and desire being very close together,” Kash said. “[I] also wanted there to be a power exchange between these two men who, maybe they’re falling in love, maybe they’re having this sort of out-of-body experience during this very intense period of grief, having both lost a mother figure.”

This violent fantasy adds to the film’s genre play with “Death and Bowling’s” horror film trope, adding darkness to the budding relationship through signs of dissociation.

“Sound plays really heavily to create that subtle horror film trope, we’re not really sure if a violence is going to happen, or if you should be experiencing dread rather than maybe like butterflies,” Kash said.

The red boxing gloves also reinforce the red and lavender color motifs featured in the film, colors that pay homage to the iconography of an older queer community. This palette adds to the color scheme of the queer community, distinguishing itself from the high visibility of the pink triangle, a symbol used to identify queer in Nazi concentration camps that has since been reclaimed by the LGBTQ+ community. 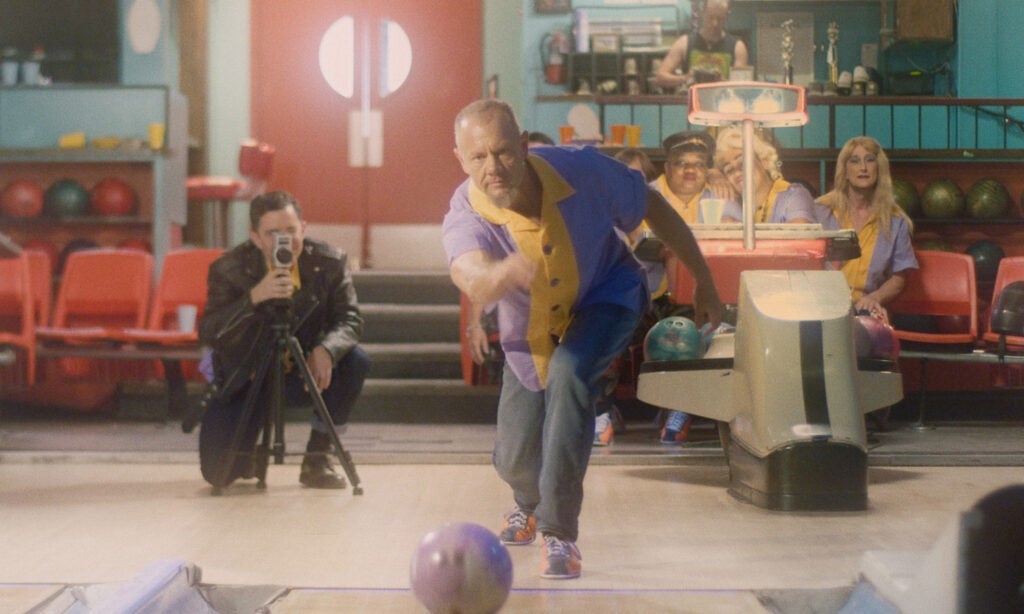 “I wanted to draw a little bit on iconography and some color palette from a different queer generation,” Kash said, adding that lavender color of the bowling league reflected the older queer generation and revisited nostalgia of the ’70s and ’80s.

By drawing on this older queer generation, Kash subverts the traditional coming-out and coming-of-age story by focusing on two trans men years past their transition and initial coming-out moment.

“The drama around their identity doesn’t hinge on coming into themselves as trans men… It’s like a middle-of-age coming-of-age story where they’re negotiating this relationship to a parent and trying to understand themselves, but it’s it’s definitely later in life,” Kash said.

“Death and Bowling” will make its world premiere at Outfest Los Angeles on Sunday. Watch the trailer here.