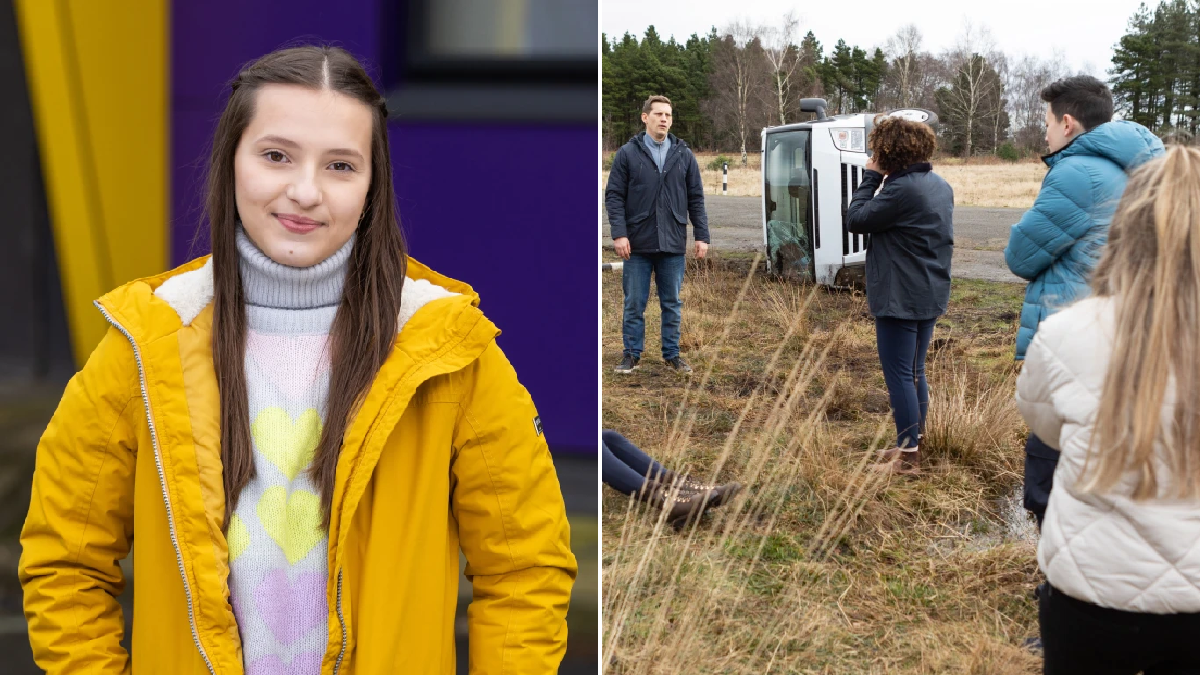 Hollyoaks has confirmed that Freya (Ellie Henry) will have life-changing injuries in the wake of the bus crash.

A school trip ended in disaster earlier this week, when designated driver John Paul McQueen (James Sutton) lost control of the minibus, which led to a major crash.

Both he and Olivia Bradshaw (Emily Burnett) rounded up the kids in the wake of the accident, but Mason Chen-Williams (Frank Kauer) soon realised that newcomer Freya was trapped inside the vehicle.

Freya was stuck between the luggage, and Mason desperately tried to help her. But Freya revealed that she couldn’t feel her legs.

The paramedics arrived at the scene soon afterwards, and Freya was rushed to hospital.

John Paul was breathalysed, and subsequently made a beeline for the hospital to see find out how Freya was doing.

Future scenes, however, will see doctors reveal that Freya will not make a full recovery from her injuries.

Ellie Henry, who made her debut on the Channel 4 soap earlier this week, spoke about joining the iconic show.

‘To join the cast of Hollyoaks and be thrown straight into filming a stunt has been incredible, and unlike anything I could’ve imagined,’ she said.

‘Freya has so much to come to terms with after the crash and, as a disabled actor, I feel privileged to be able to tell her story.

‘I’ve had a wonderful time filming so far and have already learnt a great deal from other actors who I’ve been fortunate enough to work closely with. I am beyond excited for you all to see what we’ve been working on.’

Hollyoaks continues Friday March 25 at 7pm on E4, or catch the next episode on All4 that very morning.