HOLLY Willoughby dazzled as she showed off her curves in a tight feathered dress for festive filming today.

The 39-year-old star revealed that she was shooting Christmas scenes almost two months early – and could barely hide her excitement. 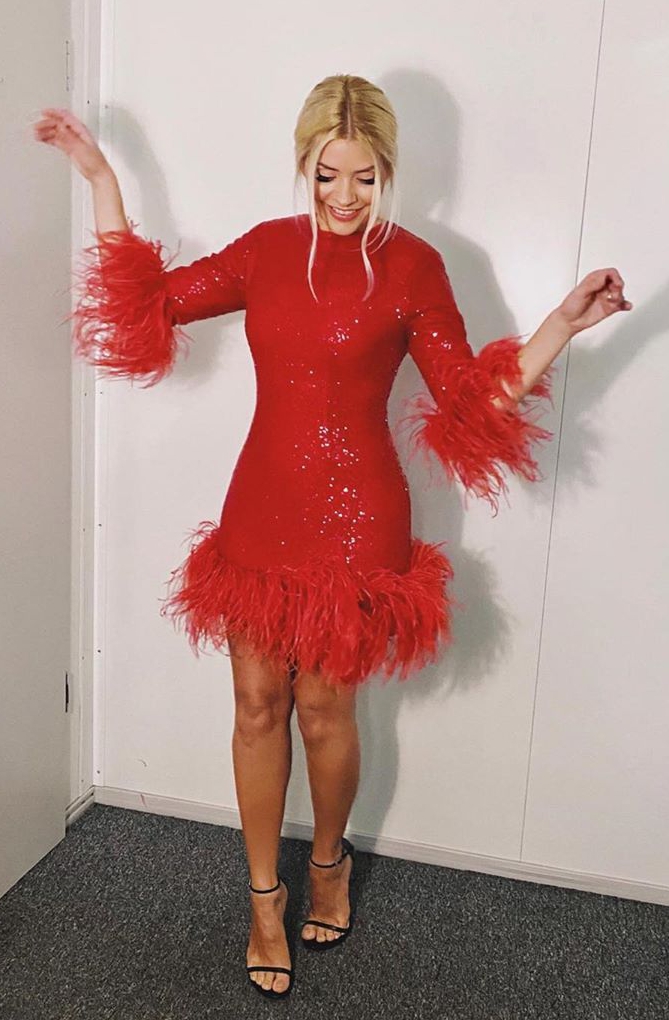 Taking to her Instagram page this evening, Holly proudly showed off her stunning red dress as she posed for the camera.

In the snap, the mother-of-three looks incredibly glam as she waves her hands in the air to emphasise the outfit's feathered trim.

Both the sleeves and hem are adorned with the eye-catching decorations – with the rest of the dress shimmering sequins. 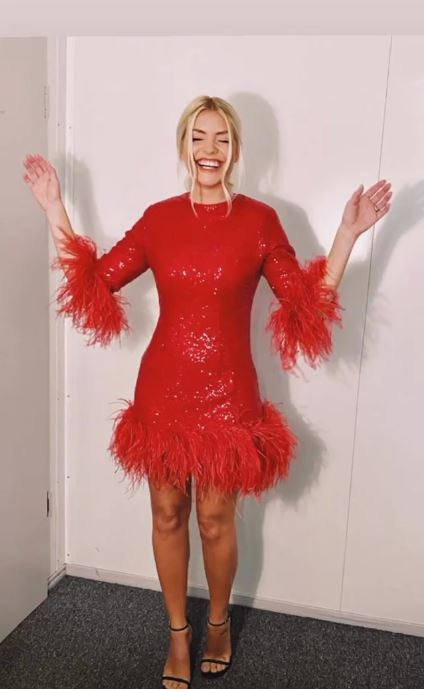 Her glossy hair is tied into a simple ponytail, with two loose strands framing her face.

The This Morning presenter teased in the caption: "Filming something festive tonight… coming soon… 🌲 🎅🏻 ⛄️🤶🏻❤️ Dress by @16arlington shoes by @stuartweitzman ✨"

She added a second snap to her Instagram Story, with this image showing the star mid-giggle with Mariah Carey's All I Want For Christmas added to the post. 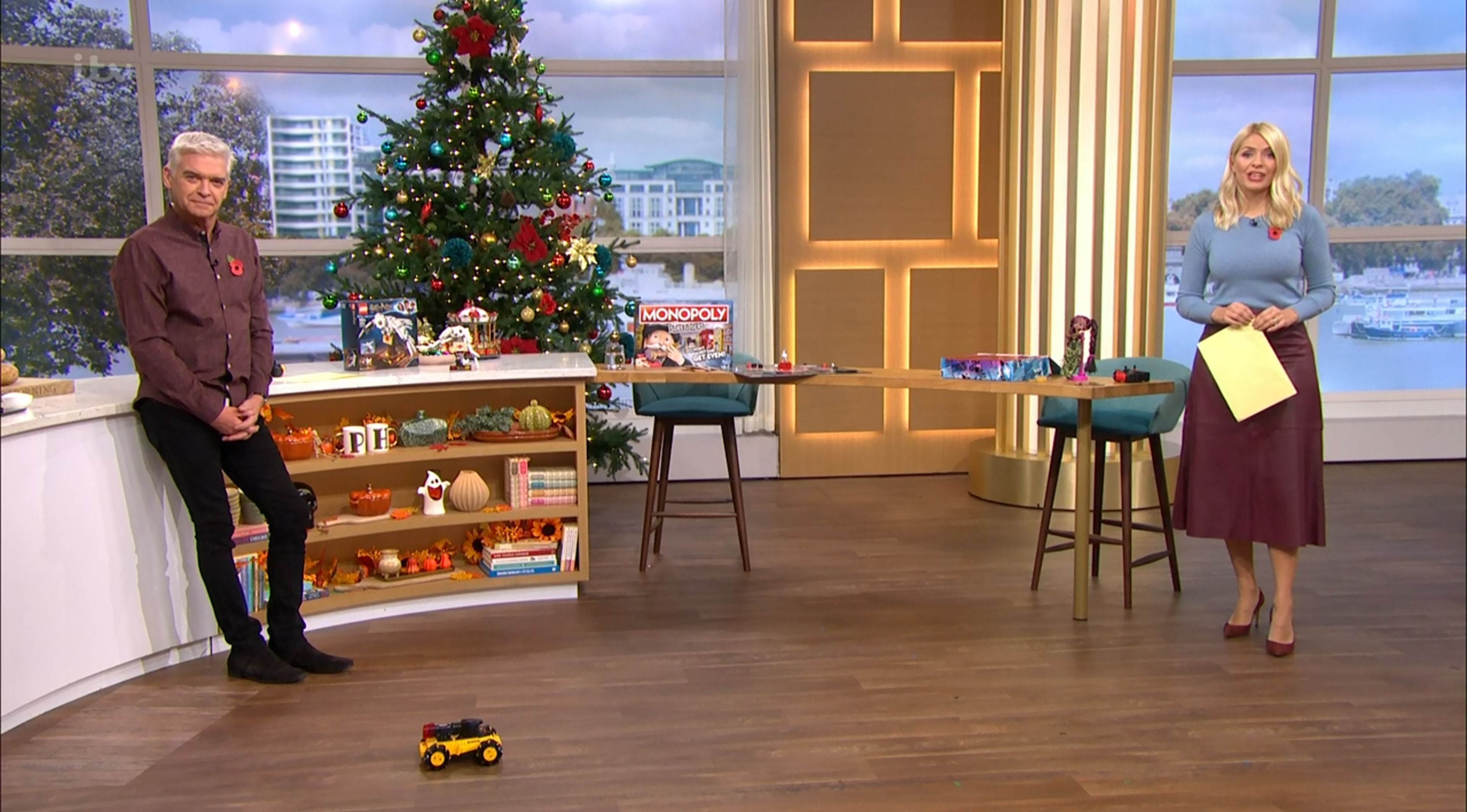 The festive snaps come just hours after This Morning viewers fumed when they spotted a Christmas tree on the daytime show's set earlier today.

Holly and her co-host Phillip Schofield filmed in front of a beautifully decorated tree – despite it being October.

Fans took to social media to share their dismay, with several outraged that the Christmas spirit was being forced upon them before it has even been Halloween.