Strictly Come Dancing fans recently saw Bill Bailey and Oti Mabuse take the title of 2020 champions on the popular BBC dance contest. The pair sat down this week with Helen Skelton as she covered for Steph McGovern on her lunchtime show, Steph’s Packed Lunch and spoke about all things Strictly now they’ve had time to take in their sensational win. However, with Helen having briefly dabbled with the Strictly experience herself, she admitted she had “underestimated” the serious nature of the programme when she took part back in 2012.

The 2020 series of Strictly was one of the closest-ever with many of the show’s contestants demonstrating impressive ability early on.

Ultimately, it was Bill and Oti who lifted the Glitterball last month after seeing off tight competition.

On Friday, the duo joined Helen on Channel 4’s Steph’s Packed Lunch to reflect on the process.

Having had her own experience of what the show entails, Helen gave her own thoughts on how hard she believed it was. 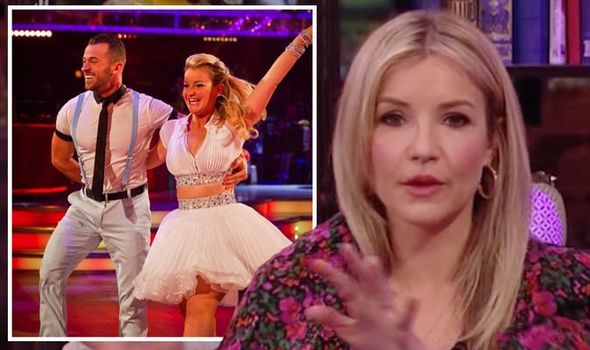 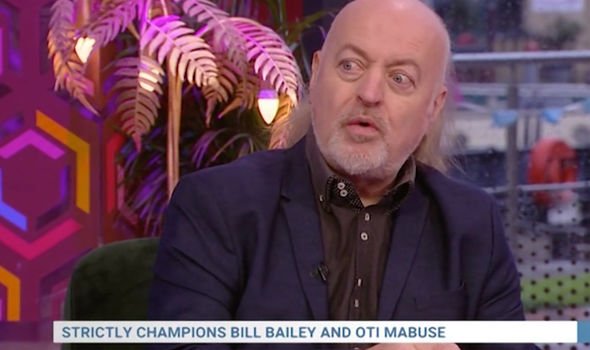 Speaking to the pair, she noted: “I dipped my toe very briefly into the Strictly world – I did the Christmas special

“When you watch it as a viewer, you think, ‘Oh it’s so lovely, it’s such a nice atmosphere, they all get on so well.’”

But she revealed the reality of the process, adding: “You underestimate how serious it is though!”

It comes after Helen had previously admitted she would love to star on the main series of Strictly after her stint nearly a decade ago. 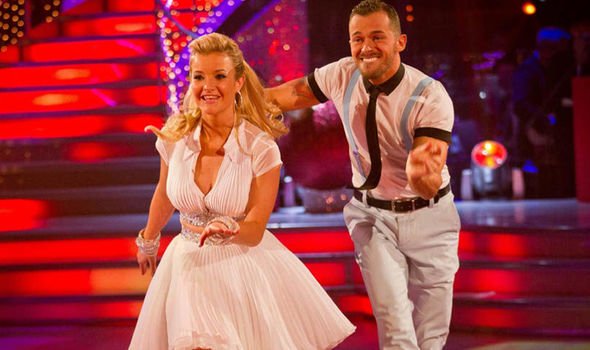 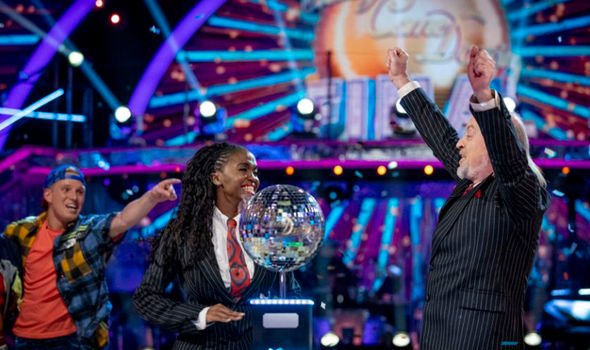 The Countryfile host said back in 2017: “I loved doing the Christmas one. I’m sure if it ever came up, I’m sure I would do it.

“I think it’s one of those things where you have to really give your whole life over, so it would have to be a timing thing, but who doesn’t love Strictly?” she told Hello.

Guest Bill agreed with her sentiments on the show’s difficult nature, saying: “It’s tough, it is very serious.”

He also gave insight into how he managed to deal with the pressure of performing in view of millions of fans at home.

Bill commented: “The thing is that you know, backstage – and before you’re about to go on – you realise how much of a big deal it is.

“Particularly for me, a novice, a complete non-dancer so I was very much relying on Oti throughout the whole thing really.”

The pair also touched on another popular dance show yesterday as they discussed ITV’s Dancing on Ice which is set to kick off later this month.

Oti backed contestant Lady Leshurr to do well on the show before it had even begun.

She told Helen: “I’m looking forward to seeing the new pros… I’m interested to get to know them and to see Lady Leshurr, I like her.”

Bill seemed to rule out the idea of ever trying it out himself, adding: “It’s dangerous! It’s crazy! Dancing on the ground is hard enough, never mind ice!”