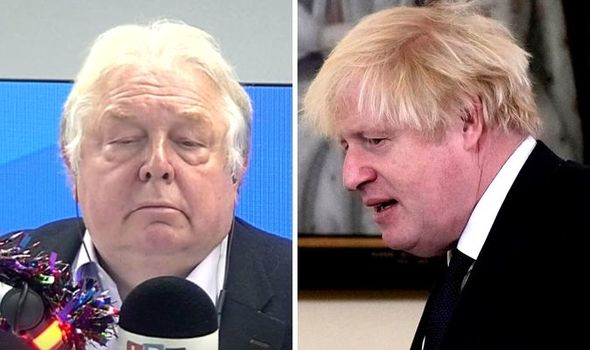 Ant McPartlin and Declan Donnelly took a swipe at Louise Minchin’s career on Tuesday’s episode of I’m A Celebrity…Get Me Out Of Here! During the instalment, the presenting duo talked about Louise becoming the camp’s new leader. However, they ended up making a cheeky jibe about the 53-year-old’s BBC Breakfast career.

Louise officially left BBC Breakfast earlier this year after spending 20 years at the helm of the flagship news programme.

However, the mum-of-two returned to screens last month to appear on this year’s I’m A Celebrity…Get Me Out Of Here!

On Tuesday night’s instalment of the ITV reality show, Louise was chosen to be the camp leader.

The role was previously held by football icon David Ginola after viewers voted for him to take the lead from soap stars Adam Woodyatt and Simon Gregson who were originally made lords of the Castle.

During Tuesday night’s episode, a stunned Louise said: “Oh my gosh, I did not expect that. What an amazing thing they think I should be their leader.”

Ant told viewers: “Back to camp now where it’s time for new leader Louise to work out who should do the trial.

Dec added: “Yes, she found herself talking to an audience that was tired, grumpy and hardly listening to a word she said.”

Louise decided it was time to leave the BBC Breakfast sofa in September so she could have a “well-needed lie in”.

Following her exit, she said: “I just thought ‘I can’t face another winter’, because I’ve worked out over the last 20 years there are about six weeks in the year when I go to work and it’s light, and those are the six weeks that I find the easiest.”

The 53-year-old said she’s going to miss the show dearly, as her passion for the role itself and the great relationships she has with her colleagues were some of the many reasons she stayed put for so long.

According to Ladbrokes, just four celebrities are considered to have a chance of winning this year’s I’m A Celebrity…Get Me Out Of Here!

Despite there being eight celebrities still standing in Gwrych Castle, the bookies have just four names priced at under 28/1, with David Ginola continuing to lead the way in the betting at 5/6.

Singer Frankie Bridge remains the second favourite at 4/1, a price she shares with Danny Miller, while Simon Gregson is 7/1 as things stand.

Alex Apati of Ladbrokes said: “You can pretty much split the camp in half by way of popularity at this point, with the top four in the betting streets ahead of Louise Minchin, Naughty Boy, Adam Woodyatt and Matty Lee – although the chasing pack still have some work to do if they’re to catch up with long-time favourite, David Ginola.”

Naughty Boy, who has been selected to do the most Bushtucker Trials so far stands at 33/1.

I’m A Celebrity…Get Me Out Of Here! continues at 9pm on ITV.