Grey’s Anatomy is a long-running medical drama series on ABC and the 17th season continues to leave fans on the edge of their seats.

Someone else returned from Meredith’s (played by Ellen Pompeo) past in the latest episode as she continued to battle with coronavirus.

Her past came back to haunt her when she was on the beach and saw  George O’Malley (T.R. Knight) leaning against a lifeguard tower.

Fans were shocked to see George, who had tragically died, return in one of Meredith’s dreams.

The pair had a conversation during which Meredith said George’s death had left her devastated, and she said George had changed her life.

George died during one of the most traumatic incidents in season six of the series, after he jumped in front of a bus to save someone’s life.

The heart surgeon was due to enlist in the Army, but he died in hospital following the heroic act before he was deployed.

Showrunner Krista Vernoff said: “George was my first idea. When this imagining came to me I was walking on the beach.

“I had found a way where there was no one there and I felt like I could take my mask off and just walk with my feet in the water, and the imagining came to me of Meredith walking with her feet in the water with George.” 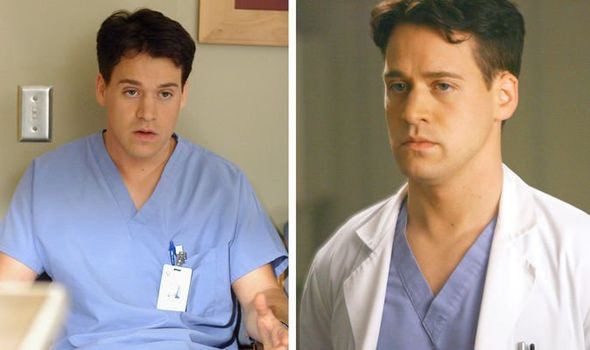