Grant Shapps and other members of the Government were urged to treat the reopening of pubs amidst widespread public concerns with a more “serious” tone. BBC Breakfast host Charlie Stayt confronted the Transport Secretary with a video of Jacob Rees-Mogg expressing his eagerness to head back to the pub after the coronavirus crisis broke out, a statement which elicited the laughter of colleagues in the Commons. But Mr Stayt insisted the concerns of people remained extensive and should not be made fun of.

The BBC Breakfast presenter said: “Here’s the thing about tone. Jacob Rees-Mogg appeared to be treating it as a bit of a laugh.

“And you’re laughing about it now. But this is serious, isn’t it?”

Mr Shapps insisted the risk of coronavirus and concerns over the reopening of pubs is taken seriously as he dismissed Mr Rees-Mogg’s language as “nothing new.”

He said: “Of course, it’s serious.

JUST IN: Boris warned of HUGE investigation over crisis – ‘Asleep at wheel!’ 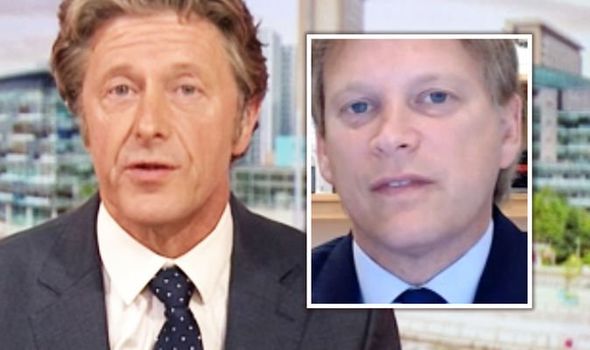 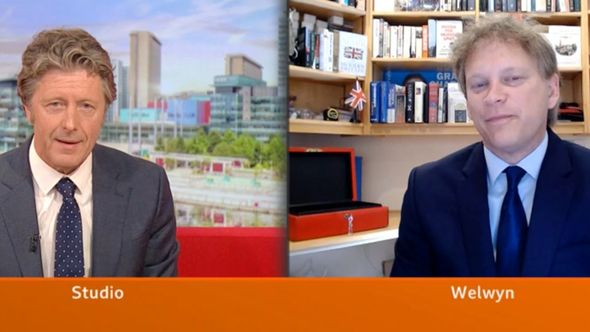 “But at the end of the day, I think people are able to apply common sense to this.

“We’ve seen it through the pandemic, people have responded responsibly to the whole thing.

“Jacob Rees-Mogg often has a colourful turn of phrase, it’s nothing new.”

Pubs and restaurants will be allowed to reopen for the first time since the beginning of the lockdown on July 4.

Mr Shapps continued: “We think people are able to be completely sensible with this stuff.

“We expect people to respect the guidance, there are lots of measures in place which will help to adjust to this new world.

“It’s nice to see some things return to normal but it won’t be quite the same as before.

“There will be recommended table service instead of going up to the bar, there will be social distancing measures and precautions in place. So it won’t be back to how it was before”