Robert Jenrick appeared on Good Morning Britain on Friday to discuss with Kate Garraway and Alex Beresford all about the current vaccine rollout and address fears about delays over exports from the European Union. However, after the Housing Minister tried his best to allay fears, the GMB hosts turned their attention to Mr Jenrick’s voting record when it came to free school meals. But when the government minister failed to admit to any regret about his stance, Garraway and Beresford were quick to interject.

Beresford was the one to put Mr Jenrick under the spotlight, asking: “I just wondered why you voted against free school meals then, knowing just how important it is children are fed and watered and can actually live their lives as best as possible?”

The Conservative MP replied: “Well, we didn’t vote against free school meals, we actually provided a government programme that is ensuring -“

However, Mr Jenrick was soon drowned out by the GMB hosts who were keen to correct him.

“Yes, you did,” Garraway interrupted. “In October, you specifically voted against free school meals, not the voucher system but you personally did.” 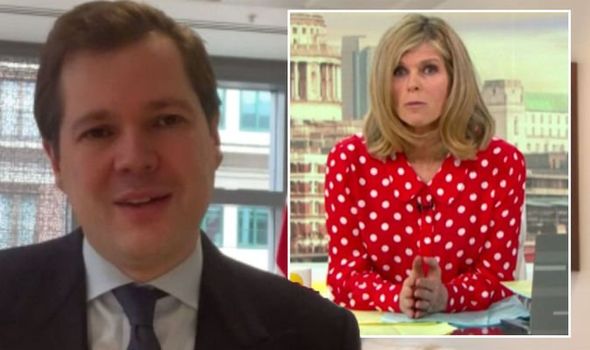 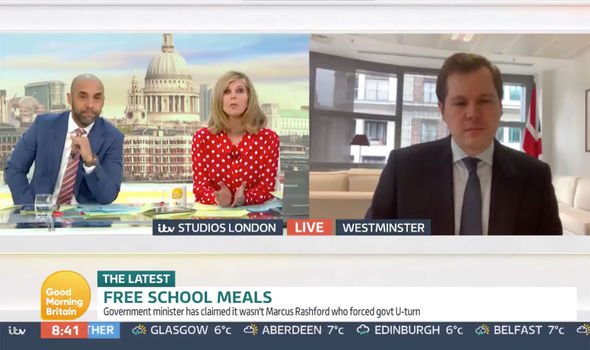 Garraway continued to grill Mr Jenrick: “Of course, we now know that Boris Johnson has made somewhat of a U-turn on that,

“Rang Marcus Rashford to inform him, and I wonder in the light of that, you regret voting against it.”

The Housing Secretary was clearly keen not to be drawn into the debate as he hit back: “Let’s not get distracted on that -“

But quick as a flash, Garraway cut Mr Jenrick off once more: “I don’t think that is a distraction, I feel it’s kind of critical.”

“Well, the vote itself I’m talking about, not the issue,” Mr Jenrick protested. “The issue is clearly very important.”

The minister explained: “The vote itself is what’s called an opposition day debate in parliament,

“Which doesn’t change policy, it’s an opportunity for other political parties to make a statement.”

But Garraway pulled Mr Jenrick up again, cutting in: “It’s also an opportunity for you to make a statement of your intent.

“I wonder if maybe you had to do it because you were instructed to do it and now that there’s been a u-turn you might regret that.

“Or do you still believe it was right to not extend free school meals?”

“Well, I think that tackling the issue of child hunger and poverty is absolutely critical,” Mr Jenrick began to reply.

“it’s always been important but it’s gonna be even more so with all the stresses and strains we’ve seen on family life.”

But Garraway wasn’t at all satisfied with the retort, hitting back: “I’m so sorry but that isn’t answering the question.

“That isn’t really answering the question,” she added as she continued to skewer the minister live on air.

Eventually, it was left to Beresford to jump in and bring the interview to a halt as time had run out on their chat.

Good Morning Britain continues weekdays at 6am on ITV.