Warning: The following contains spoilers from Ginny & Georgia Season 2. Proceed at your own risk!

There’s no shortage of romantic entanglements in Ginny & Georgia‘s second season, and the most unexpected of them all doesn’t even involve the Netflix series’ leading ladies. Instead, it’s Blue Farm owner Joe and wife/mother Cynthia who take the title of Most Surprising Pairing in Season 2.

The two grew closer as Cynthia — who was dealing with isolation and grief related to her dying husband — began frequenting Blue Farm and found a friendly ear in Joe. The café owner was working through his own emotional turmoil, aka his feelings for the engaged Georgia. The two lonely hearts eventually found comfort in each other, leading to a night of passion in Blue Farm, before ultimately resolving to just be friends.

“I love that it doesn’t work. I love that it’s very clear that this relationship shouldn’t and doesn’t work,” creator/executive producer Sarah Lampert tells TVLine. “They both need each other in that moment, and what it’s showing is that sometimes it’s OK for relationships not to be endgame. These were two characters in a dark place, and they found each other and something beautiful happened. They gave each other a support, a friendship, a lifeline. They connected and then it didn’t end dramatically. It ended nicely. When you get to be a certain age, you have relationships like that in your life, where it’s not endgame, but they still brought something beautiful into your life, and it’s a relationship you cherish. We wanted to show the nuance of that.” 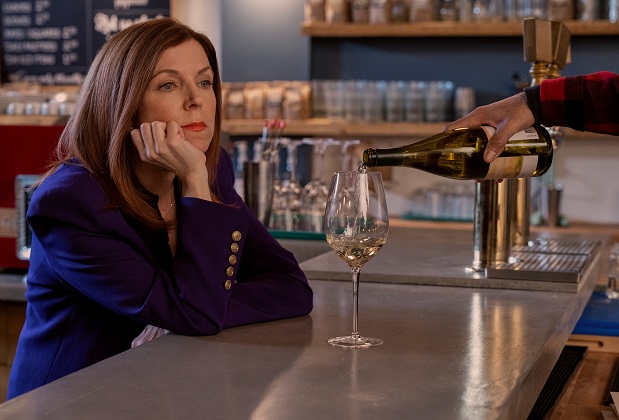 The unexpected pairing was also born out of a need to flesh out Joe’s personal life as he tries to distance himself from Georgia, showrunner/executive producer Debra J. Fisher explains. “Sarah and I were in our office in Season 1… and we were talking about how we have to get Joe out there, he has to be dating,” Fisher shares. And that led to “the last two people on Earth you expect to be together [to] create a connection, and it was just so beautiful and such a moment.”

Georgia was shocked and astonished to find out that her pal Joe and her frenemy Cynthia had an affair. But the reveal wasn’t enough to get Georgia to admit her own feelings for Joe, who finally confronted Georgia with the sunglasses his teenage self had gifted to her. When Joe pressed her on what she feels for him, Georgia obliquely spoke around the truth.

“That scene in Episode 9 is one of my very favorite scenes of the entire season,” Lampert raves. “[Raymond Ablack and Brianne Howey] took that scene so seriously because they knew that scene was so important. I love that scene because it leaves more unsaid than said, yet so much is communicated, and that’s a tribute to the acting and the whole culmination of their relationship so far.” 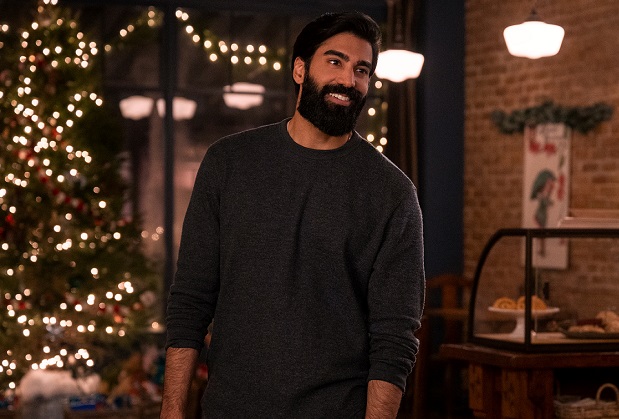 Georgia and Joe’s pivotal Episode 9 conversation also stands out for being one of only a few memorable moments that the two characters share in the new season, which keeps them in mostly separate spheres.

“There aren’t as many Joe/Georgia scenes in Season 2,” Lampert acknowledges. “But what I love about Joe in Season 2 is we kind of get a little dirtier with him in the sense of we’re peeling back the layers, we’re seeing a different side of him,” in both his relationship with Cynthia and a flashback that reveals that high-school Joe exacted some Georgia-esque revenge on a bully. (“Even though they’re not right for each other right at this minute, [and] she is very much in love with Paul, [Georgia and Joe] are a lot more alike than you know,” Fisher notes.)

“He’s trying to date. We see him show up with a black eye from a hockey game. These are little things. We never see him on the dates, we never see him playing hockey, but we’re filling in that Joe has a whole life outside of Blue Farm,” Lampert continues. “And he’s trying to do right by himself in terms of setting up boundaries between him and Georgia. She just, I don’t think, understands the depth of his feelings [for] her, and also doesn’t want to see that. She loses her friend and her safe space if she really acknowledges that there’s something more there, and she needs him.”

As for what the future holds for the characters, should the series get a renewal, “what happens in Episodes 8, 9 and 10 between Joe, Cynthia and Georgia plays a huge role in Season 3,” Lampert reveals, adding that it’s not necessarily romantically. (This is where we’ll remind you that Georgia suffocated Cynthia’s husband with a pillow, to put both him and Cynthia out of their misery, leading to her arrest at the end of Season 2.)

“Plot-wise, we are laying seeds that you won’t realize were laid until we get a Season 3,” Lampert teases, “and if we’re able to tell the story we want to tell, it will all make sense. And everything will come back around in a way that you were not expecting.”

Ginny & Georgia fans, what did you think of Joe and Cynthia’s surprising hookup? What are your hopes for Joe and Georgia?