Press pause on Big Little Lies or Chernobyl. Step away from The Loudest Voice or the new season of Stranger Things and instead stop to consider, at this mid-point of the year, the TV that we get for free.

We are, happily and a little exhaustingly, living at a time when there's always something interesting beckoning on the telly, or whatever your screen of choice. As the subscription and streaming (SVOD) services compete for eyeballs, and potentially interesting productions beckon with frequency, the free-to-air (FTA) networks have battled for attention and assumed the stigma of being oh-so last century. And the impression of FTA being passé, of lacking the zing of the newer kids on the block, hasn't been helped by their programming. 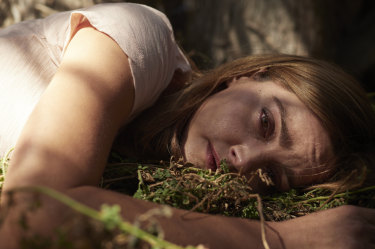 While the ABC and SBS have struggled with crippling budget cuts, the commercial FTA networks have sought salvation in reality-TV "tentpoles". An unceasing parade of these contests dominates prime-time through the year. It's not that some of them don't have significant followings. Productions such as first half of 2019 offerings MasterChef, The Voice, Dancing with the Stars, House Rules and I'm a Celebrity . . . Get Me Out of Here! have dedicated audiences. And Married at First Sight has again out-rated the once-unassailable My Kitchen Rules.

Yet the reliance on reality-TV has created the impression that FTA is stuck in a rut and immune to innovation. Which is not strictly true, as there have been some impressive offerings and welcome sparks of innovation.

The ABC, for example, opened with The Cry, one of its best drama series in years. The beautifully crafted, strategically fragmented and compelling mystery provided some compensation for a couple of dismaying hangovers from The Guthrie Era, the period when Michelle Guthrie led the organisation and it appeared to flail for direction.

Escape From the City was a trite piece of real-estate promotional fluff that would've fit better on a commercial channel, late in the afternoon on a weekend. The Catalyst offering, The Great Australian Bee Challenge, constructed around a contest to nurture productive beehives, again demonstrated Auntie's reluctance to produce gimmick-free and informative science programs.

But back to the positives. Channel Ten, flushed with an infusion of cash from its new bosses at CBS, has been trying things. Some of them worked, such as the vibrant comedy-drama series Five Bedrooms, and the breezily assured sitcom Mr Black; others, such as Chris & Julia's Sunday Night Takeaway, didn't. 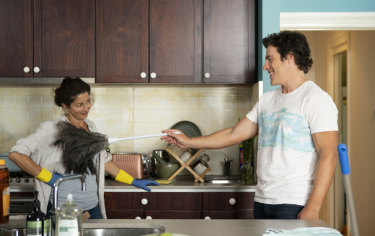 Then there was the four-part gem, Taboo. In a sense a companion piece to the ABC's excellent You Can't Ask That, Taboo is based on a Belgian format (oh, those wacky Belgians) and it has a most unusual – if not downright weird – set-up. Comedian Harley Breen spends a week with a group of people whose problems are not generally afforded substantial attention on prime-time commercial television.

Breen learns about each group – people facing terminal illness, racial abuse, mental-health issues and physical disabilities – and also interviews their members separately. Then, and here's the inspired kicker, he creates a stand-up comedy routine based on what he's learned and performs it in front of a studio audience. Breen is a perfect choice for this delicate task and the results are terrific: brutally honest, funny and enlightening.

Equally audacious but in a totally different way is Robbie Hood (SBS On Demand). Set in Alice Springs, which is judged to be "a shithole" by its 13-year-old title character (Pedrea Jackson), the six-part series is made up of 10-minute episodes that detail the adventures of Robbie and his pals, Georgia Blue (Jordan Johnson), who has anger-management issues, and the exceptionally tall and perpetually hungry Little Johnny (Levi Thomas). 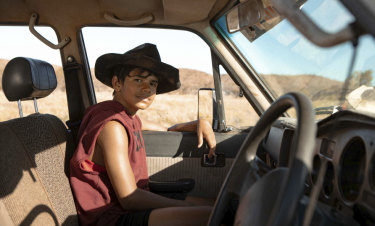 Robbie Hood is a beguiling and funny series debut from director Dylan River.Credit:SBS

A self-described thief, resourceful Robbie aims to help his family and friends, and his community includes his dad, a "feckless dickhead", his Nana, who takes in all sorts of strays, and a good cop. Directed and co-written by Dylan River and produced by Daley Pearson and Charlie Aspinwall (Bluey), it's a beautifully shot, upbeat and irresistible look at family, friendship and resilience.

Another welcome surprise came from Nine with Lego Masters. The sceptic in me initially doubted that a competition in which pairs of contestants built stuff with small plastic blocks would turn out to be must-see TV. I was happily proved wrong.

The production was buoyed by the easy charm of host Hamish Blake, the contributions of his sidekick, certified Lego professional Ryan "Brickman" McNaught and a well-chosen bunch of contestants. This was a series about the joys of imagination, about building things no one else would dream of, and it was based on a universal educational toy that's been around for decades. It had colour and movement – well, a ticking clock deadline and urgent dashes to The Brick Pit – suspense and good humour. And it was a celebration of creativity. 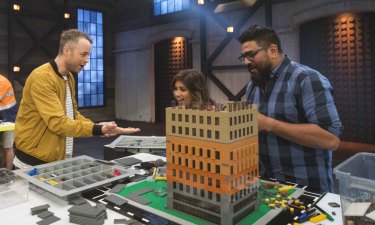 Block party: On the set of Lego Masters with Hamish Blake.

So the first half of 2019 (up to June 30) had its FTA highlights, productions that challenge the view that it's a dinosaur heading inevitably towards extinction.

Intelligently written, handsomely staged drama series that offers an insight into the lifestyles of the rich and powerful. There are allusions to King Lear and the Murdochs as the adult Roy children wrestle for control of an empire from their ageing, ailing patriarch.

Moody, moving jigsaw puzzle of a mystery about a missing baby and a marriage, set on the Bellarine Peninsula and in Glasgow.

Smartly moving beyond the original novel proves a good decision, as does the addition of the magnificent Meryl to an already standout cast in a tale of female friendship and social pressure. 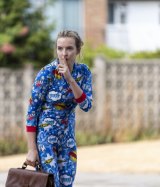 Knowing, comic and compassionate account of the early days of parenthood. The second season finds the babies reaching their first birthdays and a new set of challenges emerging.

Grimly compelling examination of the 1986 nuclear power plant explosion and its aftermath.