THEY say opposites attract, but these famous couples all have things in common – TV fame and money.

And starring in the UK’s best-loved soaps and reality shows, or presenting and making flagship shows, has made them very wealthy indeed. 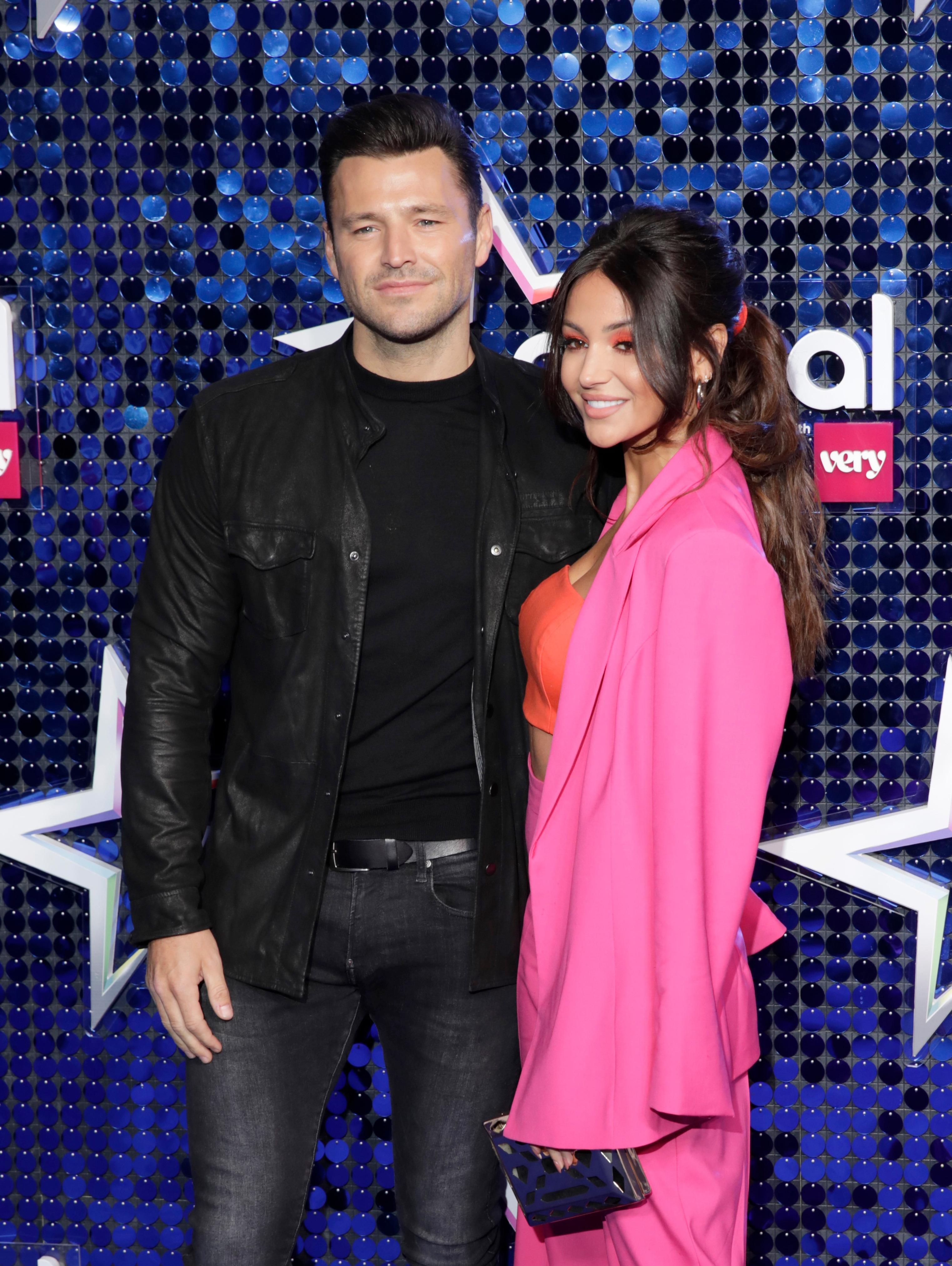 Off screen, some have also netted lucrative endorsement deals, while others have launched businesses or property empires.

FORMER England football captain Rio and wife Kate revealed last week they are expecting their first child together – and it is sure to grow up surrounded by wealth.

On paper their fortune is £4million, but the real figure is likely to be far higher, with some estimates putting 41-year-old Rio’s net worth at £57million. 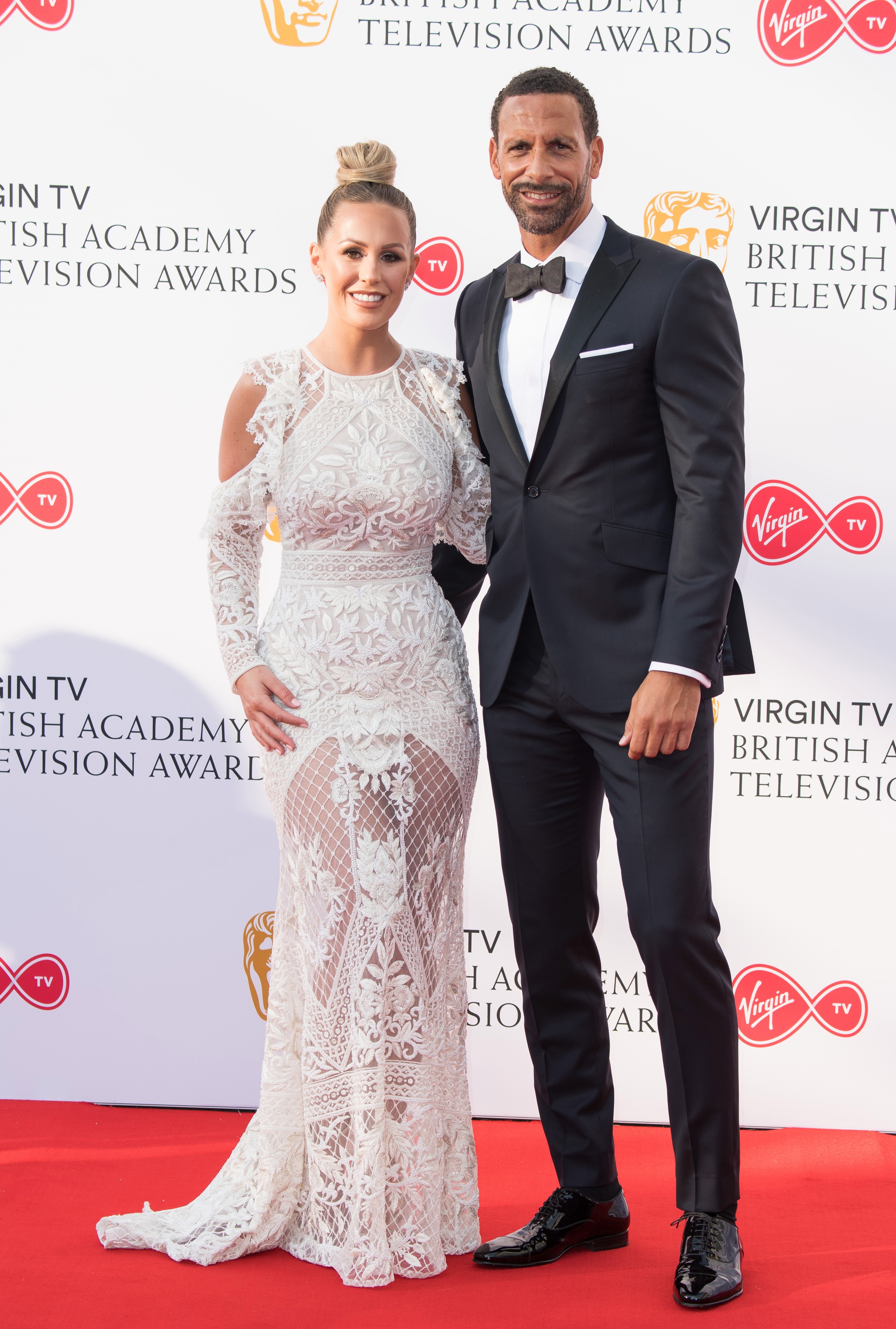 The ex-Man Utd defender, who has three children from late wife Rebecca, who died of cancer in 2015, once earned £120,000 a week as a footballer, with sponsorship deals on top.

He owns a third of Football Escapes – set up in 2016 to offer “premier football courses” – as well as having £2.16million invested in property and nearly £1.4million in other businesses.

Kate has become a social media sensation and stars in BBC documentary Rio And Kate: Becoming A Step Family.

FIVE years after their glam wedding, presenter Mark and Our Girl actress Michelle are one of TV’s richest young couples.

The 33-year-olds, who bought a £1.3million farm-house last year with plans to knock it down and build a Georgian-style mansion, have much of their fortune tied up in companies. 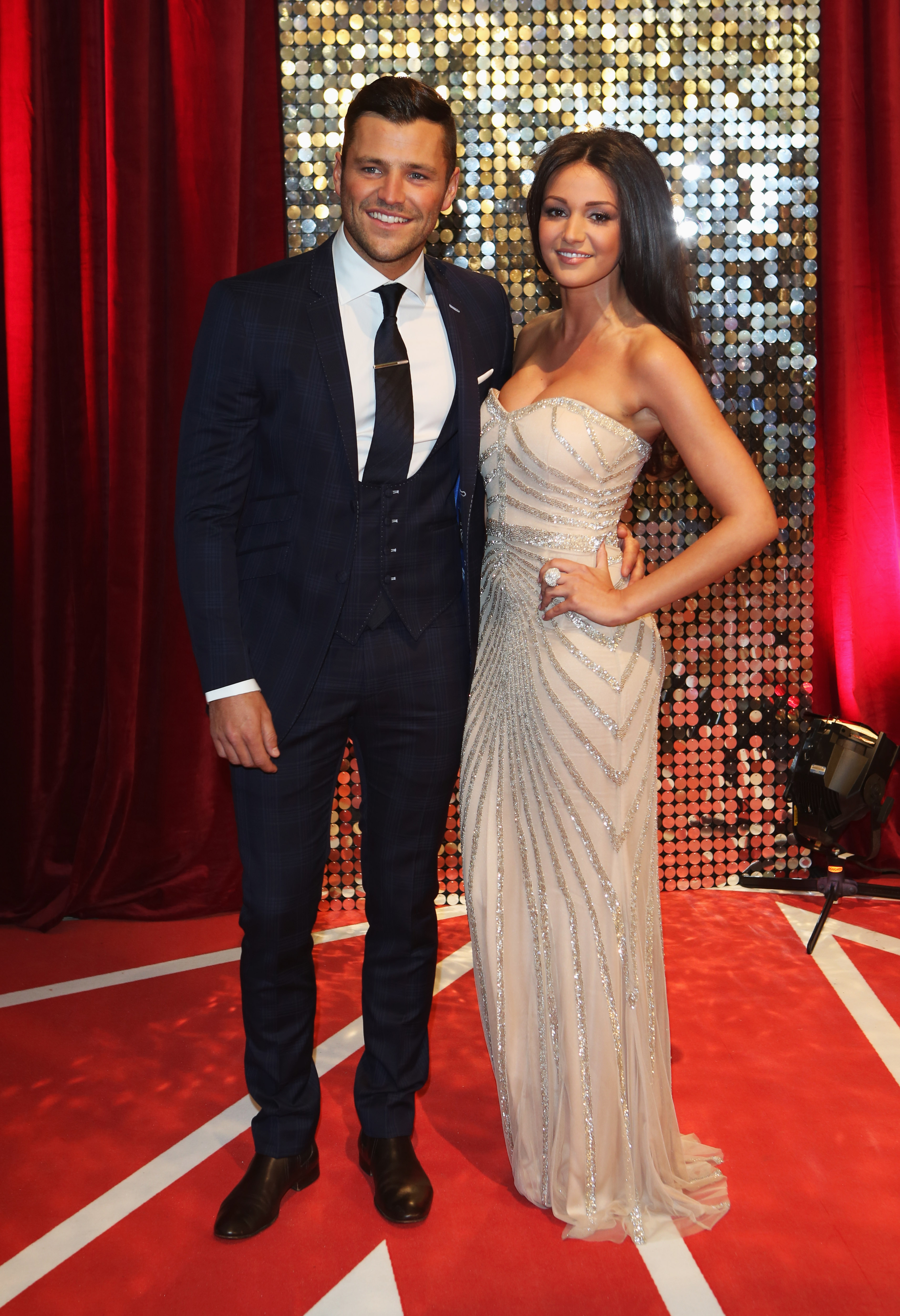 These include £1.5million held by Michelle’s performing arts firm Rosia Promotions Ltd, which had a record profit of £265,604 last year.

There is a further £1.1million in Mark’s modelling agency, The Wright Look Models, and £2million in assets in his firm Chigwell Properties.

Mark is expected to turn over £1million next week after launching his new fitness website Train Wright. More than 4,000 people signed up on the first day.

Michelle has raked in more than £4million since quitting Coronation Street in 2014 thanks to TV roles and endorsement deals.

MARTIN’S money advice has helped millions – and he obviously knows what he’s talking about.

The 48-year-old is one of the world’s wealthiest journalists after setting up his Money Saving Expert website for £100 in 2003 and selling it to MoneySupermarket.com for £87million in 2012. 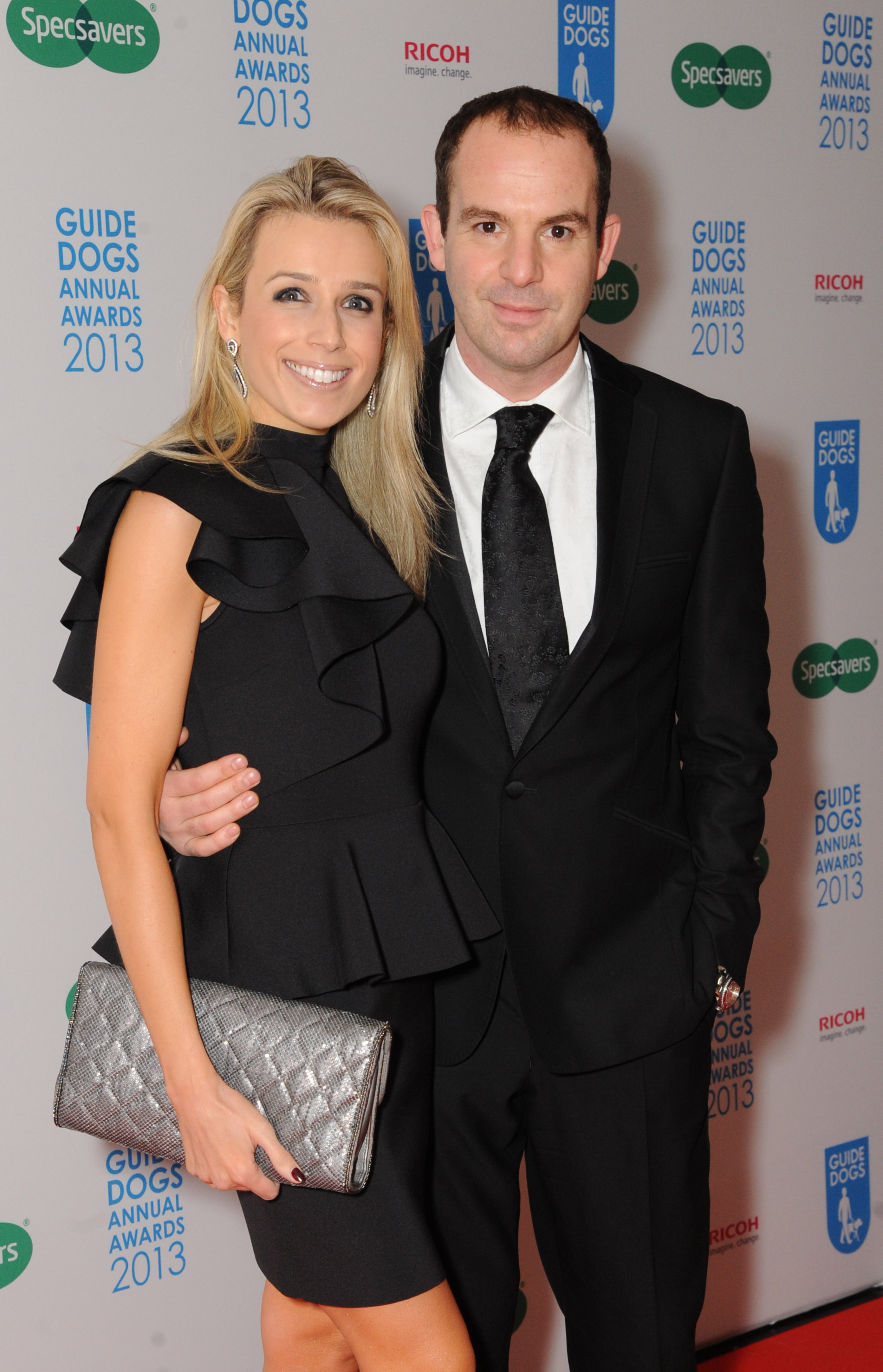 He is also a director of a property firm and controls another with wife Lara, 41.

Together, they are the only one of our TV couples to have made The Sunday Times Rich List 2020.

Technology journalist Lara was a showbiz correspondent for Five News and Sky News and was a panellist on ITV’s Win, Lose Or Draw.

The couple live in London with their seven-year-old daughter Sapphire.

WE all know Holly’s work husband is Phillip Schofield.

But real-life hubby Dan also works in TV and has been a producer on Through The Keyhole, Virtually Famous and Celebrity Juice. 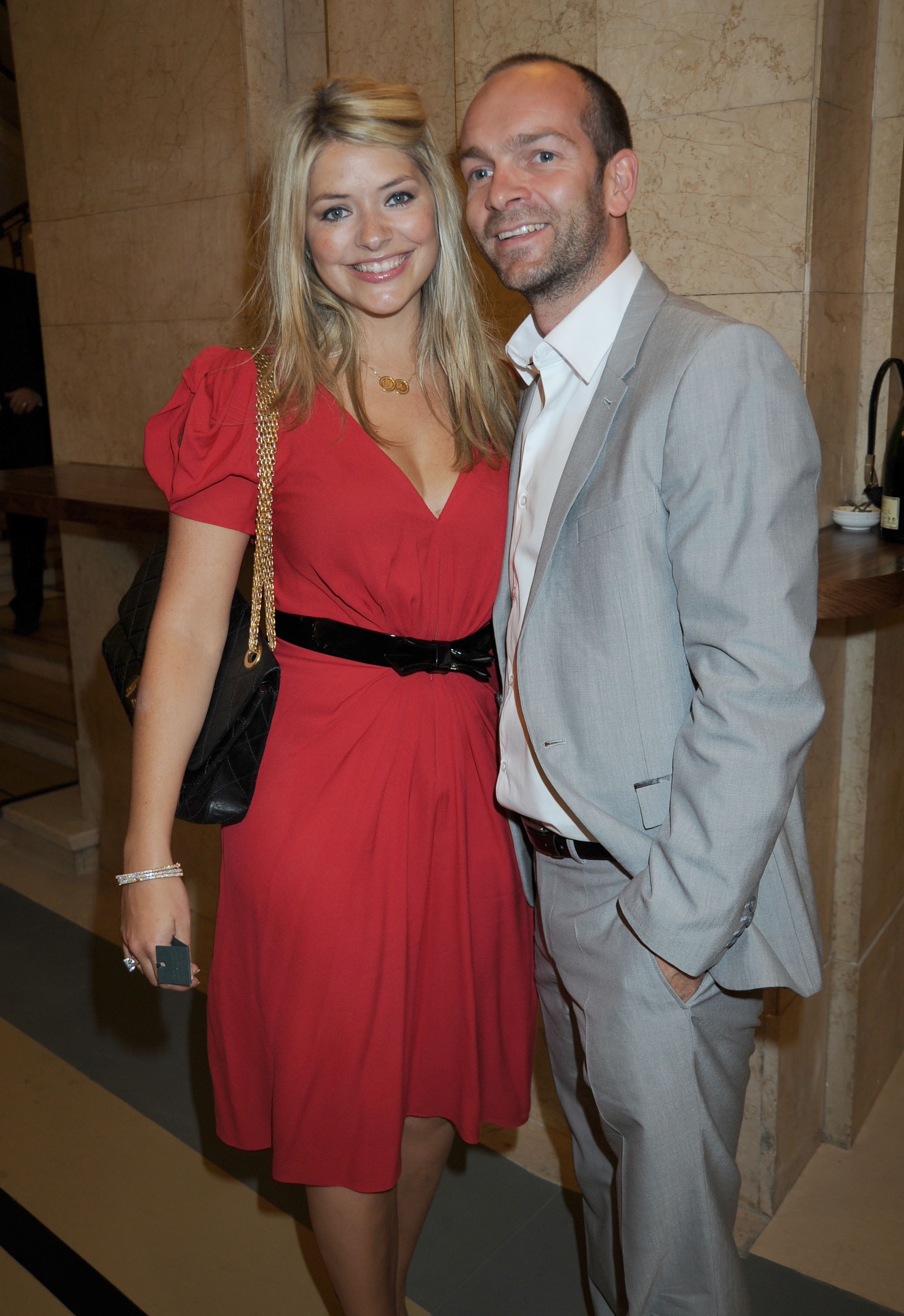 The 45-year-old – who shares two sons, 11 and five, and a nine-year-old daughter with This Morning host Holly, 39 – runs his own independent media company, Hungry Bear Media, which boasts almost £900,000 in assets.

Since marrying Dan in 2007 Holly has become the darling of British daytime TV, earning £600,000 a year on This Morning.

In 2017 she banked a six-figure payout when she became a Diet Coke ambassador and she has also advertised products for Garnier, BHS, Dunelm, Oral B, M&S and Windows Phone.

THEY are daytime TV’s husband and wife dream team, co-hosting This Morning on Fridays, and have amassed more than £6million thanks to their long careers.

The 60-year-olds live in a £3.6million mansion in Surrey with their 18-year-old son. 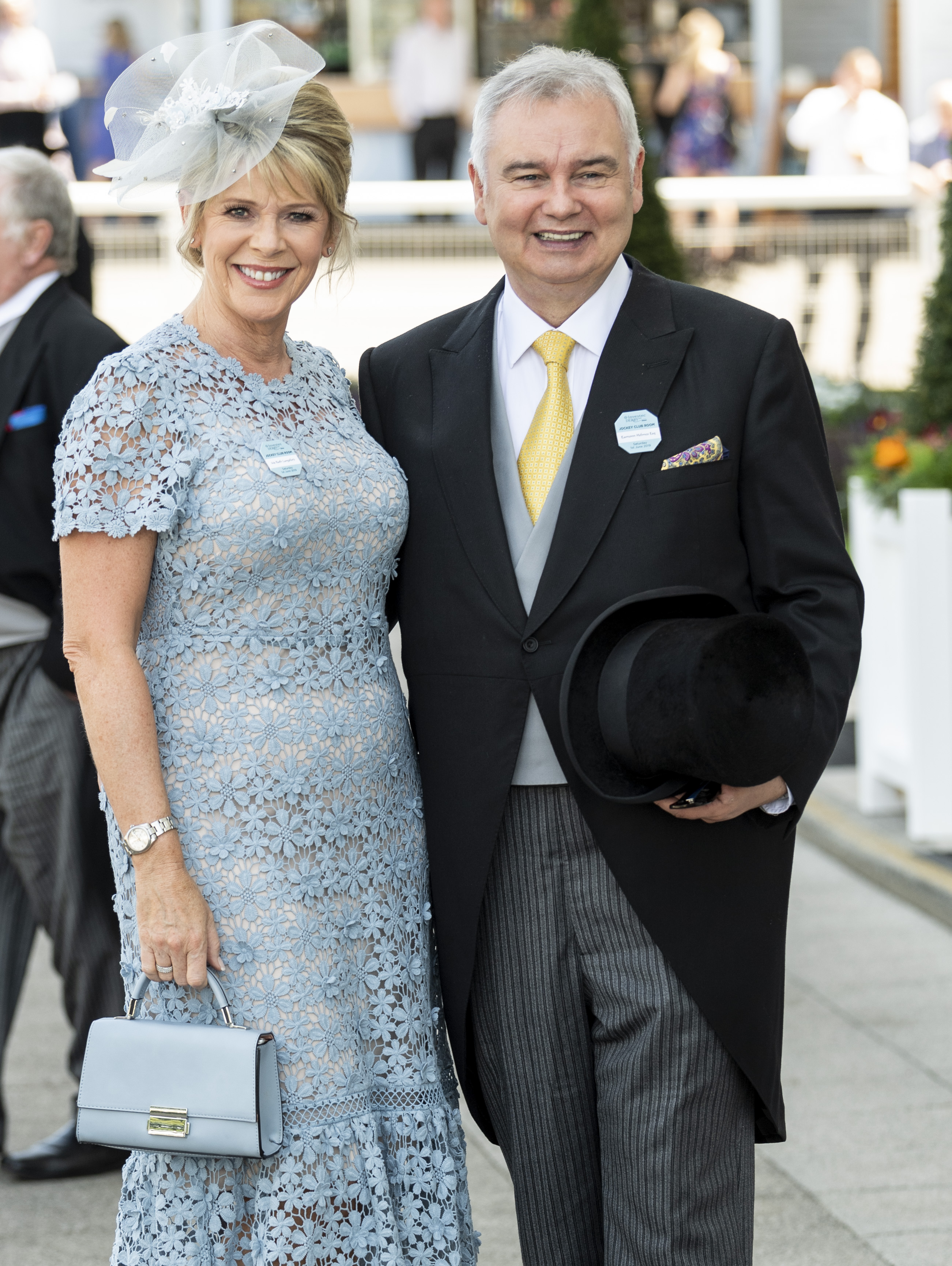 Eamonn made his small screen debut in 1979 in Northern Ireland.

He has since presented on the BBC, GMTV, Sky News’ Sunrise and Good Morning Britain. In 2017 alone he was said to have earned £2million.

Ruth is a regular on Loose Women, has a fashion range with QVC and was on Strictly in 2017.

In 2018, Ruth, who married Eamonn in 2010, revealed she insists on an equal salary to him when they work together.

ONE of Britain’s longest-lasting TV couples, former Blue Peter presenter Konnie, 44, and screenwriter Charlie, 49, are celebrating their tenth wedding anniversary this year, having amassed a joint fortune of nearly £4million.

Charlie owns a £1.8million home and Konnie runs a property empire, Izsak International Land Development, which has more than £1.3million in fixed assets, including a £750,000 West London property. 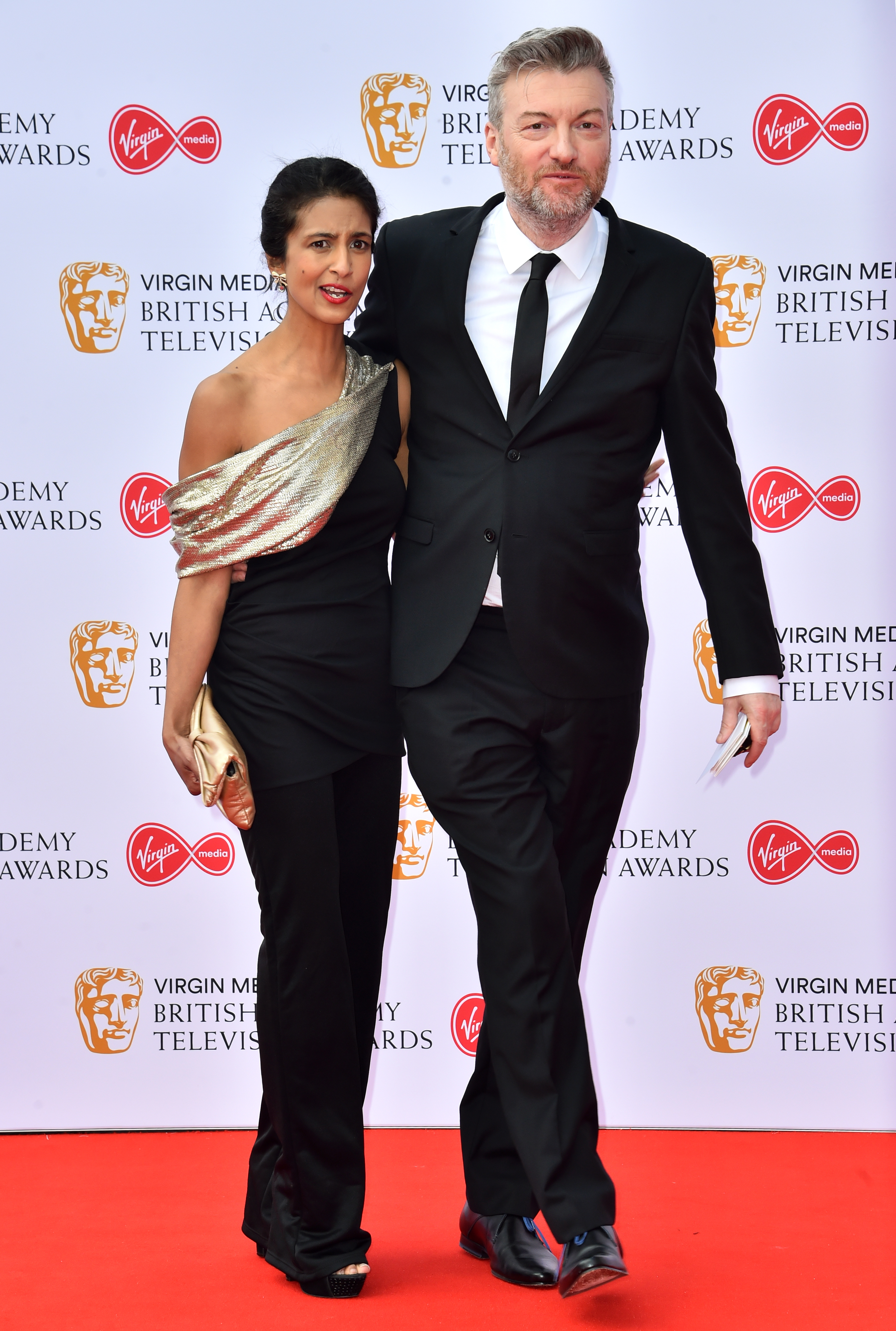 Black Mirror creator Charlie has more than £600,000 held in his TV and broadcasting company, The Nocturnal Pie Company, which makes a profit of up to £323,000 a year.

During his career, Charlie has presented shows such as Screenwipe and 10 O’Clock Live and has written E4 zombie horror thriller Dead Set and How TV Ruined Your Life.

FORMER CBBC presenter Michael this week shocked This Morning viewers by revealing he now works as a primary school teacher.

The 44-year-old, who has a son and daughter with wife Angellica, was once GMTV’s entertainment correspondent before presenting ITV’s Let Me Entertain You and starring on Dancing On Ice. 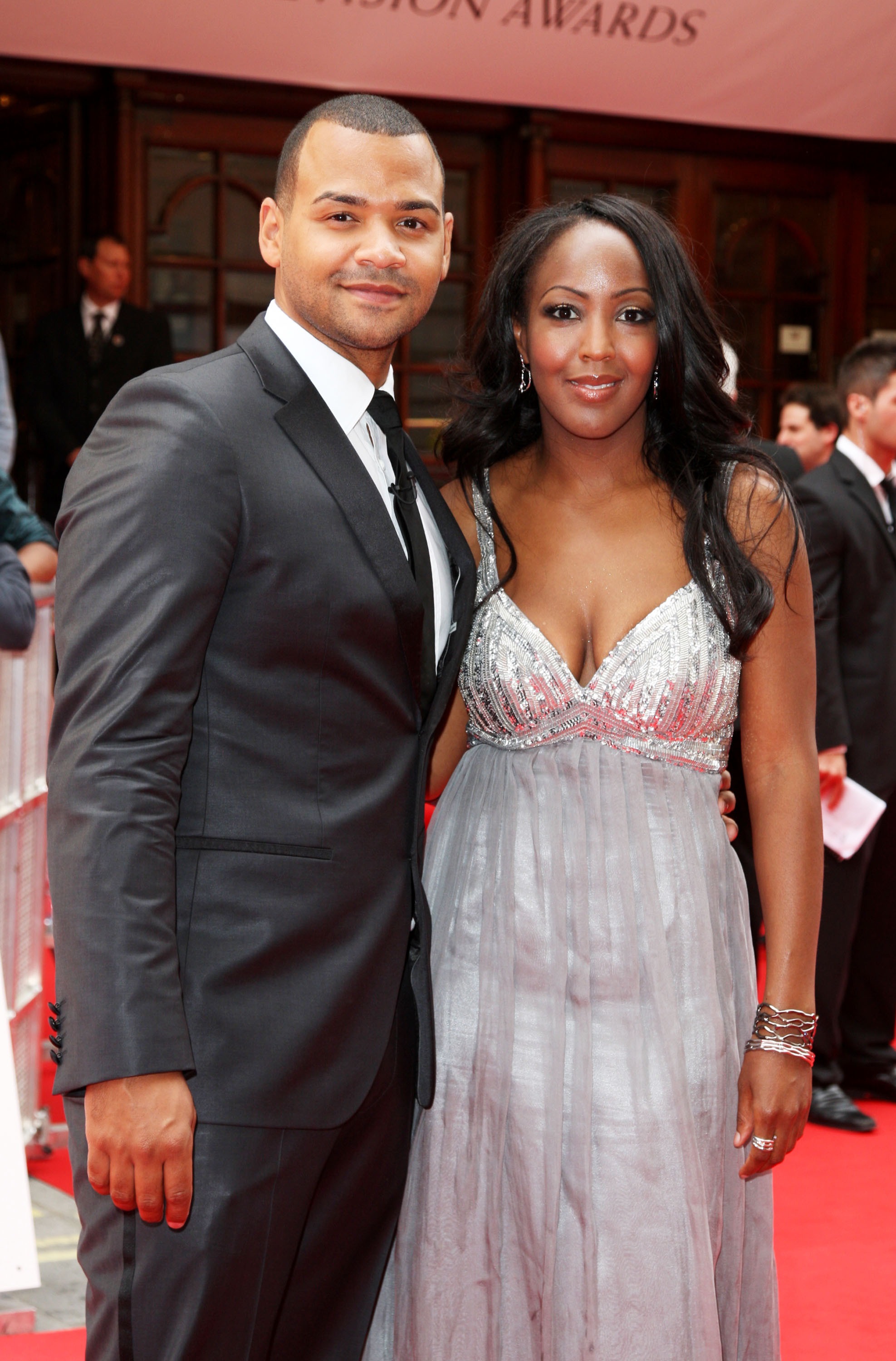 He also reported on The One Show, Good Morning Britain and This Morning.

She has also hosted EastEnders Xtra and The Martin Lewis Money Show.

MADE In Chelsea’s Spencer, 31, is the son of a land-owning dad and artist mum, but made his own money doing PR for posh London clubs.

He earned a reported £100,000 a year as a City trader while filming Made In Chelsea, which apparently paid just £400 per episode. 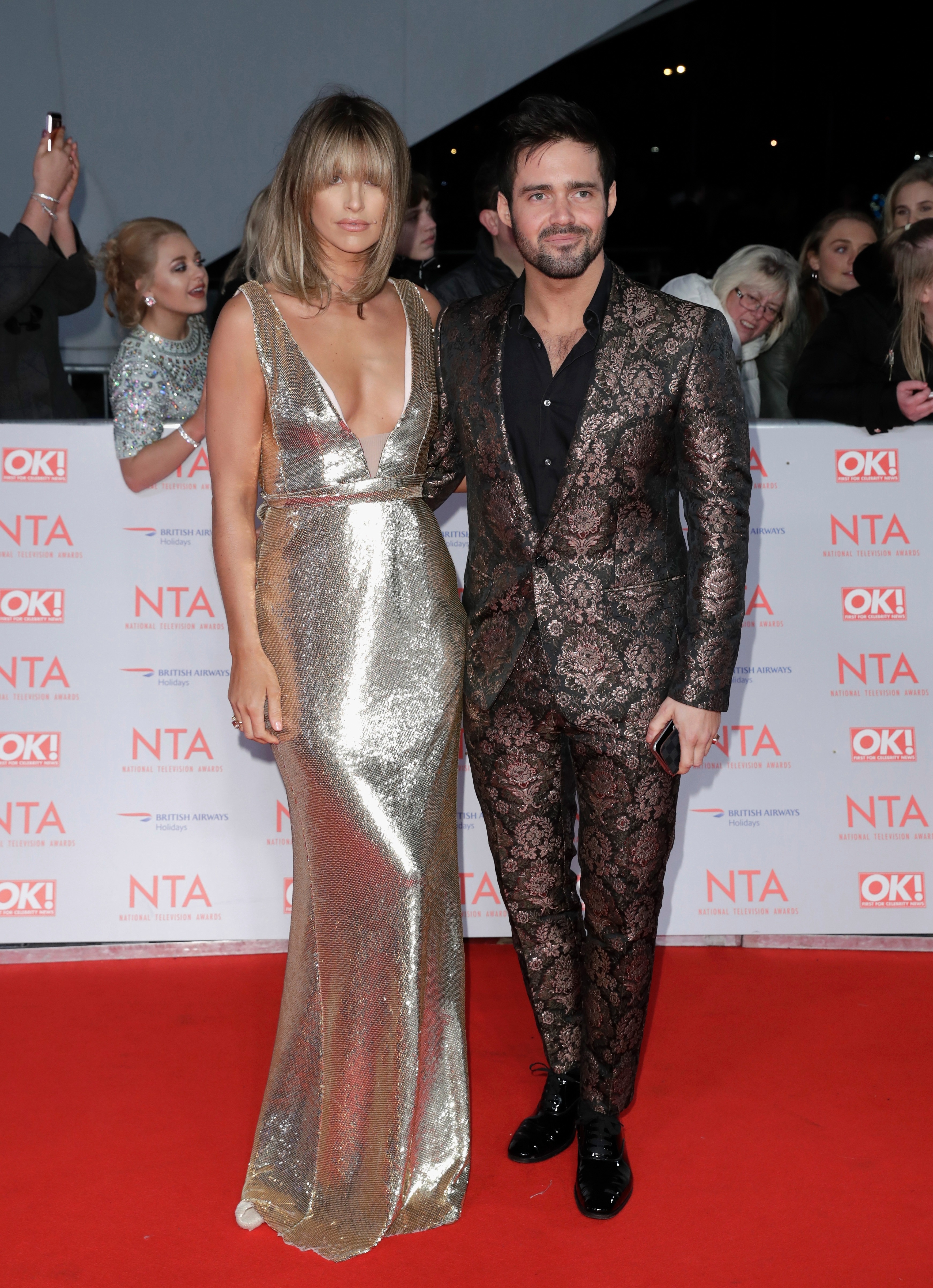 Since then, Spencer, who married Irish model Vogue in 2018, has appeared in Five Star Hotel and I’m A Celeb.

Records show the firm has already raised £2.3million from investors, and Spencer has a £2.16million stake in it.

He is a shareholder in his parents’ Caribbean hotel, Eden Rock, and reportedly secured a six-figure deal for his 2013 autobiography, Confessions Of A Chelsea Boy.

Vogue, 34, hosts a Heart FM radio show, has appeared on Dancing With The Stars in the US and won Bear Grylls: Mission Survive.

LOOSE Women’s Stacey and ex-EastEnders actor Joe have both won I’m A Celeb and are currently entertaining viewers with their hilarious Celebrity Gogglebox spats.

Together since 2016, they boast nearly five million followers on Instagram, which could rake them in £21,200 per post. 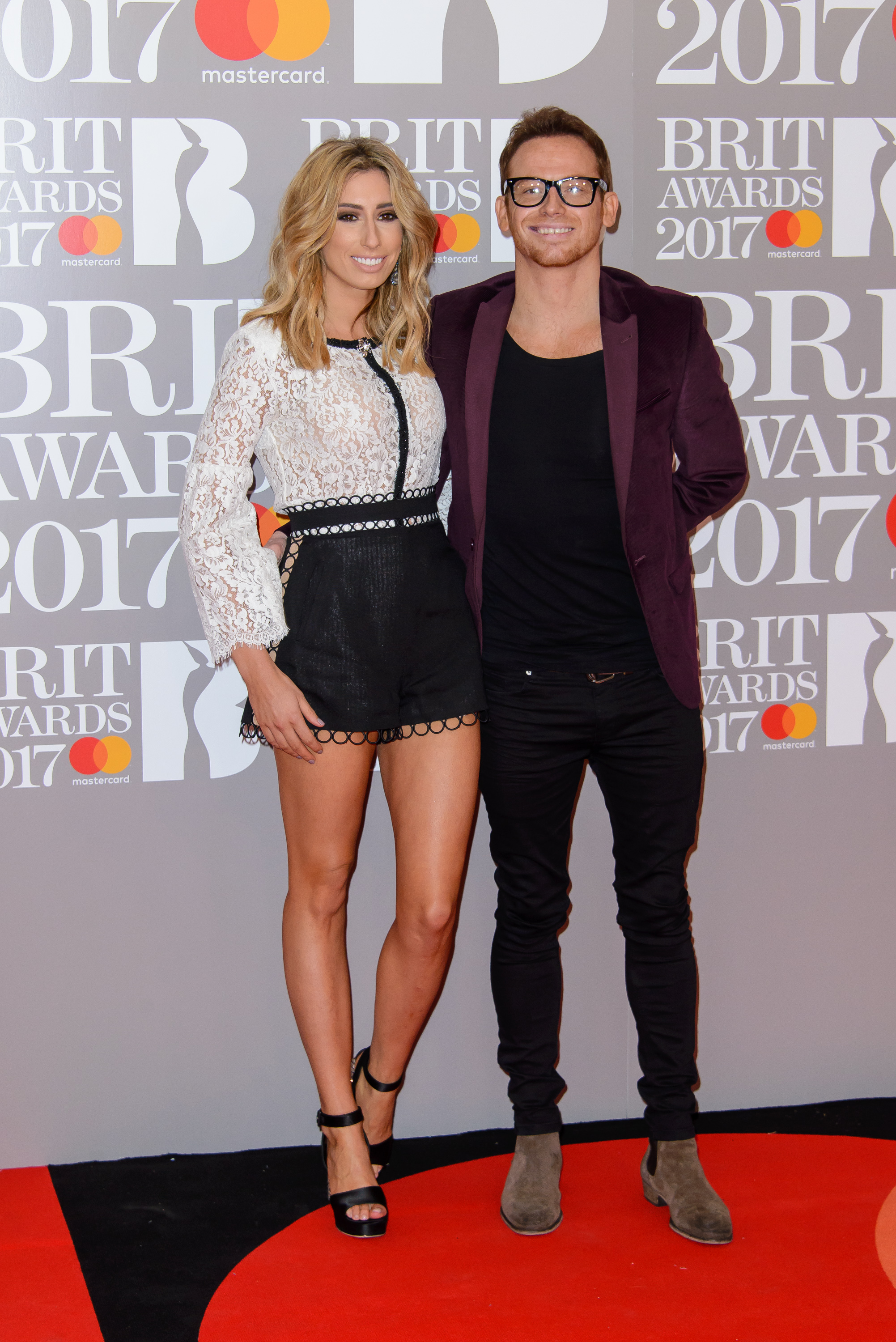 Mum-of-three Stacey, 30, found fame on The X Factor in 2009 and has since become a regular on ITV shows Loose Women and Celebrity Juice.

Joe, 38, was crowned this year’s Dancing On Ice champion.

MARVIN and Rochelle live in a renovated £1.5million mansion in Essex, complete with DJ decks, built-in bar – and wall of shoes.

The couple have two daughters and are expecting a son. 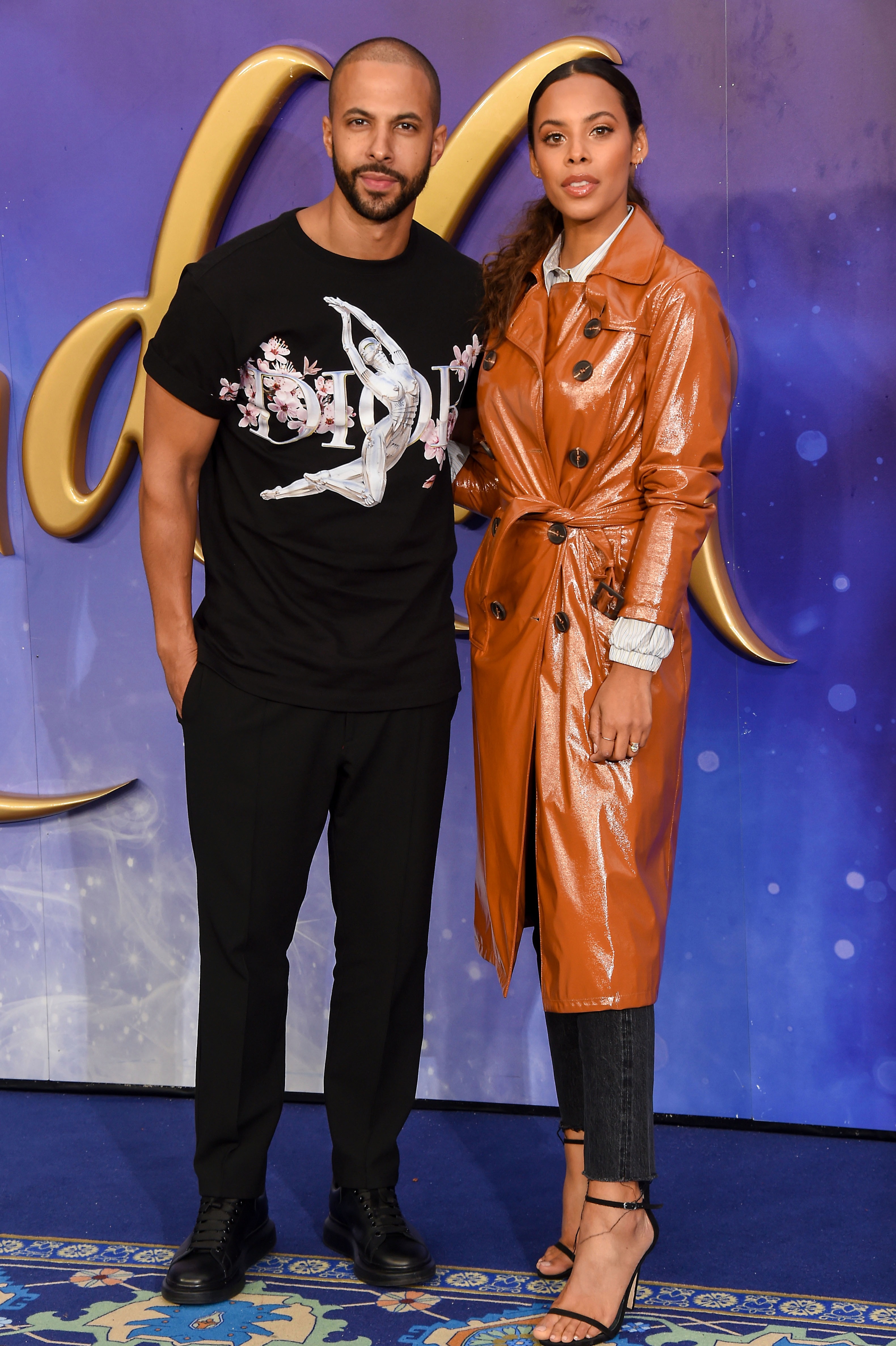 She has since stepped in for Lorraine Kelly on ITV’s Lorraine and Holly Willoughby on This Morning.

She recently launched her own baby hair and skincare brand.

He has also achieved two top 20 hits as one third of electronic dance trio LuvBug and is an ambassador for Next.