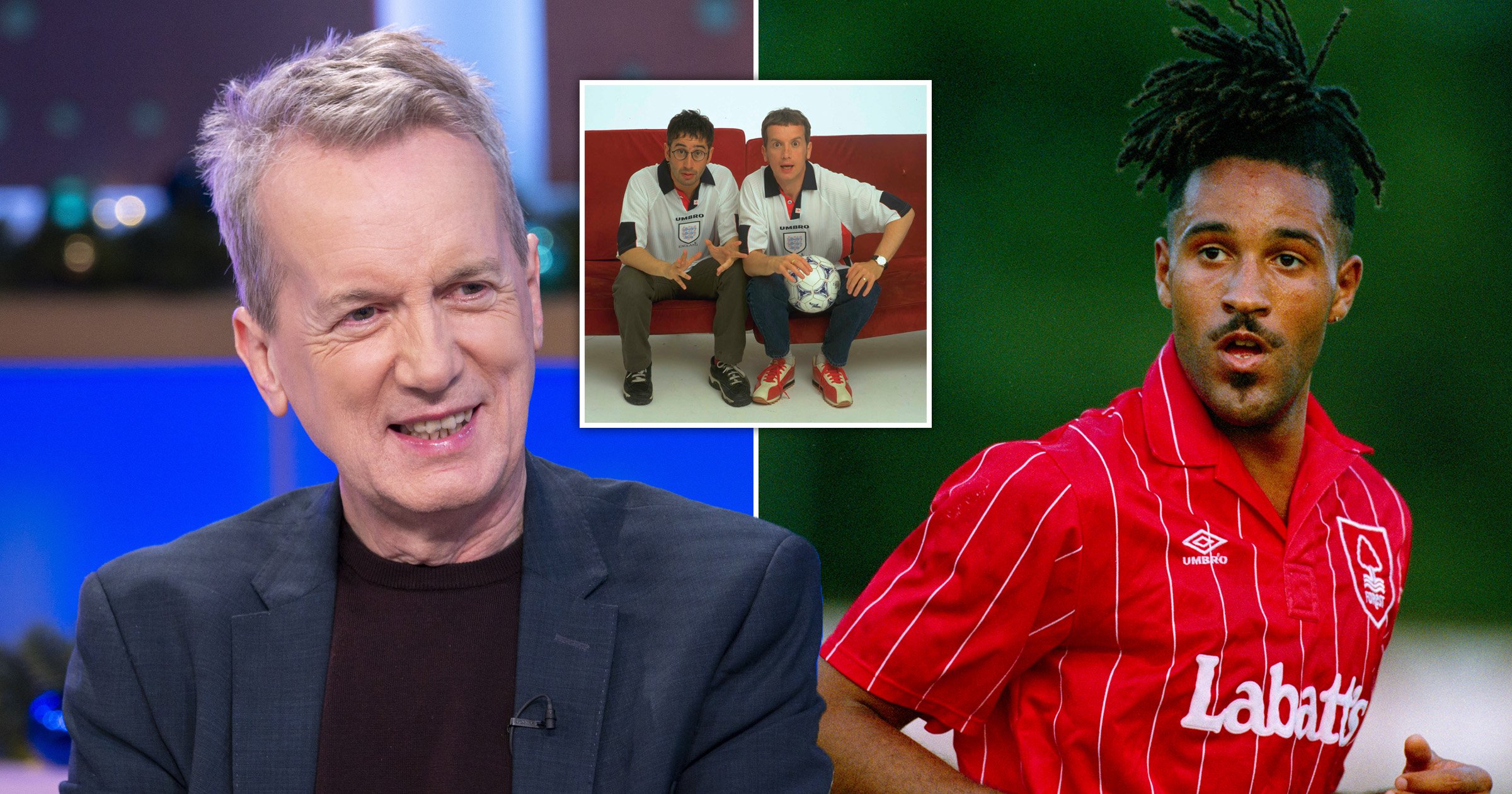 The stand-up comic and his comedy partner David Baddiel fronted the popular BBC series in the 1990s and they often mocked active players, pundits and managers in sketches.

Nottingham Forest striker Lee became a figure of fun due to his struggles with scoring and his hairstyle, with the duo depicting him as wearing a pineapple on his head and Baddiel at one point even dressing in blackface with the fruit on his head.

Looking back, Skinner feels huge regret over the ‘bullying’ jokes and the inappropriate blackface sketch.

Revealing that he and Baddiel had recently discussed the incident ‘from a how-the-f**k-did-that-ever-happen point of view’, he told The Guardian: ‘I still don’t know how it happened. I know why we took the p*ss out of him, because I’d watched him on Match of the Day missing several goals, so a sketch about him being unable to put a piece of paper into a bin worked.

‘But when Dave walked out from makeup [in blackface] that night, I still don’t know why one or both of us… or someone there didn’t say what the f**k is happening?’

‘I can’t look back on it now without seeing it as bullying. There was a big response to it. People started to send in loads of pictures of pineapples, and so it ran and ran and ran. Looking back, it was a bullying campaign. And it’s awful. And yeah, I’m ashamed of it.’

The comic added that he felt it ‘wouldn’t be too much’ to say that both he and Baddiel were ‘deeply ashamed’ of the incident.

Despite his shame though, Skinner, 65, doesn’t think it is appropriate for him and best friend Baddiel, 58, to make a ‘big public apology’ because he thinks it would be insincere.

‘They look a bit like union card apologies, “I just need to keep working; I’ll apologise for anything, just let me keep working.” I didn’t want to be part of that.’

He stressed that he felt there was ‘no excuse’ and that he was ‘blaming us’.

However, he did share that there was a BBC representative who sat in the audience every week, with the broadcaster watching the show and okaying it before it was transmitted.

‘They were supposed to be a guiding hand, not letting us f**k up. But that’s a side issue. It was a vendetta. An unintentional vendetta but still a vendetta,’ he admitted.

Baddiel has previously apologised for the blackface sketch on Twitter and in an interview with The Telegraph, in which he said: ‘I regret, and apologise for, the makeup and costume, which however much it might have been in the show’s tradition of dressing up to look like footballers in a silly cartoon way, was also part of another very bad racist tradition.’

Lee, 51, has publicly criticised Baddiel and Skinner, and shared his disappointment that neither of them have ever reached out to him to say sorry for their offensive jokes.

Speaking to the PA news agency in 2020, he commented: ‘Baddiel and Skinner, did they realise the impact of what they were saying, how it affected so many people?

‘Especially a hairstyle, you’re talking about ethnicity, a lot of black people would wear dreadlocks and feel deeply offended by someone who’s getting mocked for a similar hairstyle. The implications were far wider, and it wouldn’t happen today.’

‘I never received an apology from Baddiel and Skinner.

‘It’s never too late. I think that would be good for maybe my children to hear that, and it would show them that in today’s day and age people maybe are more remorseful, and people are having to look at how they act.’