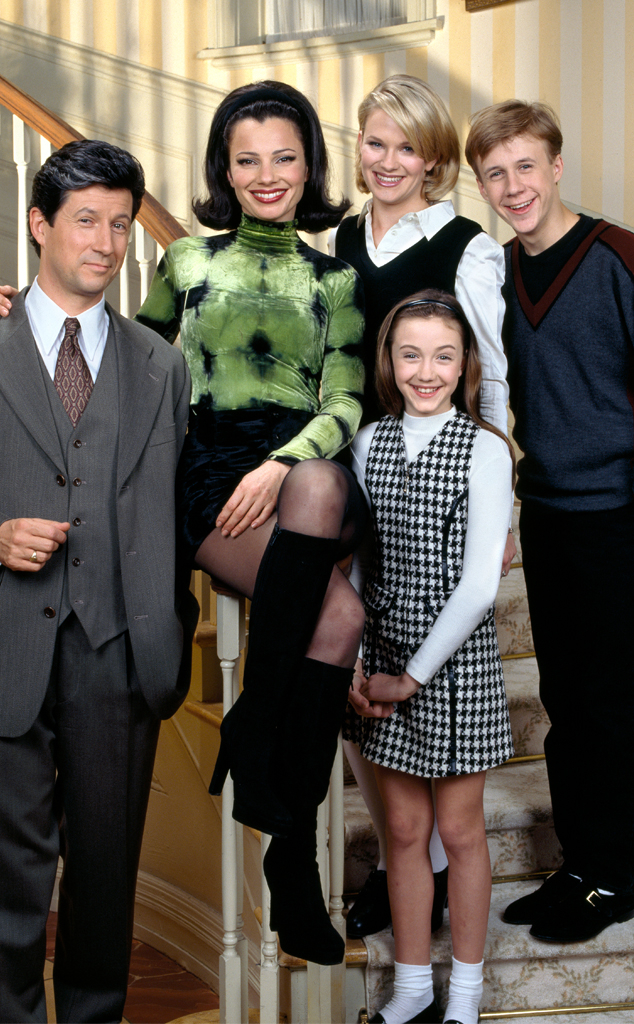 When the flashy girl from Flushing was kicked out of her boyfriend’s bridal shop, she landed on the Sheffield’s stoop—and immediately into the hearts of viewers.

For six seasons, The Nanny followed loud-mouth, cheetah-loving Fran Fine (Fran Drescher) as she, well, attempted to nanny the kids of mega-rich Broadway producer Maxwell Sheffield (Charles Shaughnessy). Of course, the sitcom also included a meddling Jewish mother (plus, a Grandma Yetta), a wisecracking butler and a love story well worth the wait. And while the cast took its final back in 1999, the show remains a cult favorite across generations.

And now, more than two decades later, Fran and Maxwell are most definitely still thriving, at least according to Drescher. After a stint in L.A., she predicts they would have moved back to Manhattan and their brood would now have families of their own. “I think Fran would have gotten involved in a fashion blog on how to look like a million bucks on a shoestring budget,” Drescher tells E! News. “Or maybe she might’ve gotten involved in local politics. She always did have a voice for the underdog, for the union workers.”

Unfortunately, it seems not every relationship fared as well. Case in point: Enemies-turned-lovers C.C. Babcock and butler Niles (played by Lauren Lane and Daniel Davis) are “absolutely not” together, insists Drescher. “We feel like that was a mistake.”

Thankfully, fans no longer have to guess what the actual cast is up to these days. With help from co-creator and ex-husband Peter Marc Jacobson, Drescher has gathered the entire gang—including Renee Taylor, Nicholle Tom, Benjamin Salisbury, Madeline Zima and Rachel Chagall—for a virtual, pandemic performance of the sitcom’s pilot episode, available now on YouTube.

“Peter thought of it as a nice gesture, as a gift, something to uplift the spirits of our fans around the world,” the multi-hyphenate explains. “We wanted to show our gratitude to their loyalty and give them something new to look forward to that makes you feel lighthearted. Laughter is the best medicine.”

“We’re very thrilled and love that we have this opportunity to do this,” Drescher adds. “And we had such a good time shooting it that I think if our fans have half as good a time watching it, it’ll be worth the experience.”

But wait, there’s even more to kvell about. Alongside Jacobson and Crazy Ex Girlfriend’s Rachel Bloom, Drescher is adapting the beloved series into a Broadway musical.

“We created a small world on The Nanny because it’s a small box you were watching it on,” the president of the Cancer Schmancer foundation president teases. “But on Broadway, we’re going to have chorus people, big dance numbers and populate the town of Flushing. The house with have a staff: housekeepers, maids and cooks. It’s going to be incredible.”

The production could lead to something even bigger: a small screen reboot. “Peter came up with the brilliant idea that Fran and Max moved back to New York because he missed Broadway and, for lack of a better idea, Fran says, ‘Why don’t you do a show about us?'” the actress tells E!. “And then whole first season would be about him producing the show that’s actually on a Broadway.” 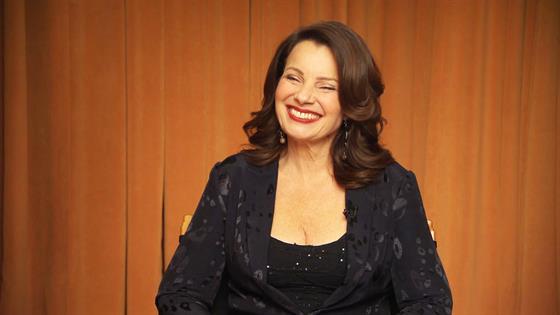 Until then, audiences can get their fix of Fran—Drescher that is, but she’s always got a little bit of Fine in her too—on NBC’s new comedy Indebted. “We’re showing grandparents in a sitcom who aren’t dowdy, annoying old people,” the 62-year-old says. “We’re vivacious, youthful, madly in love, sexually active and very loving to our children and our grandchildren. You can even watch it out of order. The last episode was one of the best shows. My parents loved it!”