This election in particular has generated flashbacks to 2000, when a 36-day battle ensued between the campaigns of George W. Bush and Al Gore over the results of the election and Florida’s vote in particular.

The recount, the subject of a recent HBO documentary and Meet the Press podcast, also proved to be an endurance contest for the reporters who covered it.

Bill Hemmer, anchor of Bill Hemmer Reports at Fox News, was with CNN at the time and ended up setting up stakes for the month that followed election night in Tallahassee, FL, which was sort of ground zero for media coverage of the disputed results.

That year, during CNN’s coverage, Hemmer’s job was to take over for anchor Bernie Shaw at midnight, and “Bernie never got off the air.”

Election Night Preview: How The Networks Plan To Cover The Finale To A Campaign Of Chaos And Confusion

Hemmer said that the next morning, he was doing the morning show with Daryn Kagan, and around 10 AM one of the senior producers, asked him if he could get to Tallahassee by that night.

“So I packed for two days and came home 37 days later,” he said.

He spoke to Deadline last week about how this Donald Trump-vs.-Joe Biden cycle compares to what happened back then.

DEADLINE: What advice do you have for fellow journalists who may be facing a protracted fight as there was in 2000?

BILL HEMMER: I don’t remember anyone suggesting that we would be in for the long haul that the election of 2000 turned out to be. What I recall from 2000 is a spellbinder of a story, that this was moving so quickly with with radical twists and turns by the hour. I think for the lawyers who were versed in election law, they were well prepared for it. I would suggest, however, that most of the reporters and anchors were not. And I think what it did, it required a lot of diligence to understand the law and to try to anticipate what might or might not happen next. It was clearly a story that not just captivated America, it captivated the world. 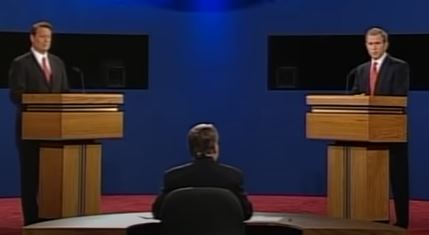 I’ve got a chart in front of me that outlines all the battleground states and all the election law that applies to that state, and some of them are not radically different from each other, but there are slight differences that could make a huge difference. And this is not uniform. You think about Pennsylvania and what its law allows at the moment. You think about what North Carolina does. What Iowa does. It’s incumbent upon us to know, going into the night, what the possibilities are. And the list of possibilities stretches across a broad range. I think there’s a level of drama that we have not seen in 20 years, potentially.

DEADLINE: I take it that reporters and anchors weren’t as well equipped on things like election law back in 2000.

HEMMER: I think it’s a fair point. But I think even now, even with this information that we’re armed with going into it, I think it’s still inconclusive as to what the law means or what it represents. Or, what sort of case a lawyer may or may not make starting Wednesday, if it comes to that. Biden or Trump could blow each other out.

DEADLINE: When you got sent to Tallahassee that year, what is the first thing that you had to report on?

HEMMER: The first thing we were diving into, as I recall, was the margin of difference between Bush and Gore. … Then the question then became, “Well, what about overseas ballots, military ballots,” which at the time seemed to favor Bush? … And then, I think the surrogates Warren Christopher and Ben Ginsberg and James Baker, they all started flooding into Florida.

Tallahassee was the epicenter of this. And I think once things started to settle in toward the end of that week, we moved to a different stage of the story, and that was, “What is a vote? What counts, and what doesn’t?”
And then we moved toward another phase of the story which was, “How do you define voter intent?” And Florida, with 67 counties, had a multitude of different ballots throughout the state. So there was no uniformity to it. And that’s where you got the word “chad.” Chad, this perforated piece of paper. Was it torn three-quarters or two-quarters or one? Was there a dimple placed in there? Do you consider that a vote or not? The butterfly ballot of Palm Beach was said to be too confusing for people to understand, so they went through that back and forth.

Ultimately, the vote count was cut in half at least … so that was your that was your baseline when the Secretary of State Katherine Harris certified the vote on that rainy, cold Sunday night. And so Bush put his marker in the ground with that number, and Gore had to find a way to catch up. And as we went through this counting and recounting day after day, ultimately [it] moved to the state Supreme Court in Tallahassee. And then ultimately the appeal was up to the U.S. Supreme Court, which was the first time that the Supreme Court allowed the public to hear arguments. And they released audio clips from the arguments that were made. And I remember that day, because in all the TV tents that were set up in Tallahassee by then, you could hear the echoes off the marble walls at the Supreme Court, and it was it was significant, and it’s a moment you don’t forget.

DEADLINE: If there is a dispute this election, what do you think it would center on?

DEADLINE: How important will it be the convey to viewers about the way that say, Pennsylvania, counts its results? [The state will start counting the early vote on Election Day, raising the possibility that there could be a different preference in the initial same-day results and those cast by mail.]

HEMMER: Explaining that is paramount. It is our job and responsibility to make sure that we keep doing that.
I think the networks that will have the greatest clarity, will be the ones who are as transparent as possible to explain that process.

After the Supreme Court ruled in favor of Bush, Gore conceded on December 13. The recount is a bitter memory for many Democrats. Hemmer does have favorite moments of camaraderie with other journalists as he staked out Tallahassee, but one moment stands out.

“Maybe it was taking the director’s chair that I was sitting in for 37 days, putting it in the trunk of my rental car and driving back to Atlanta,” he said.