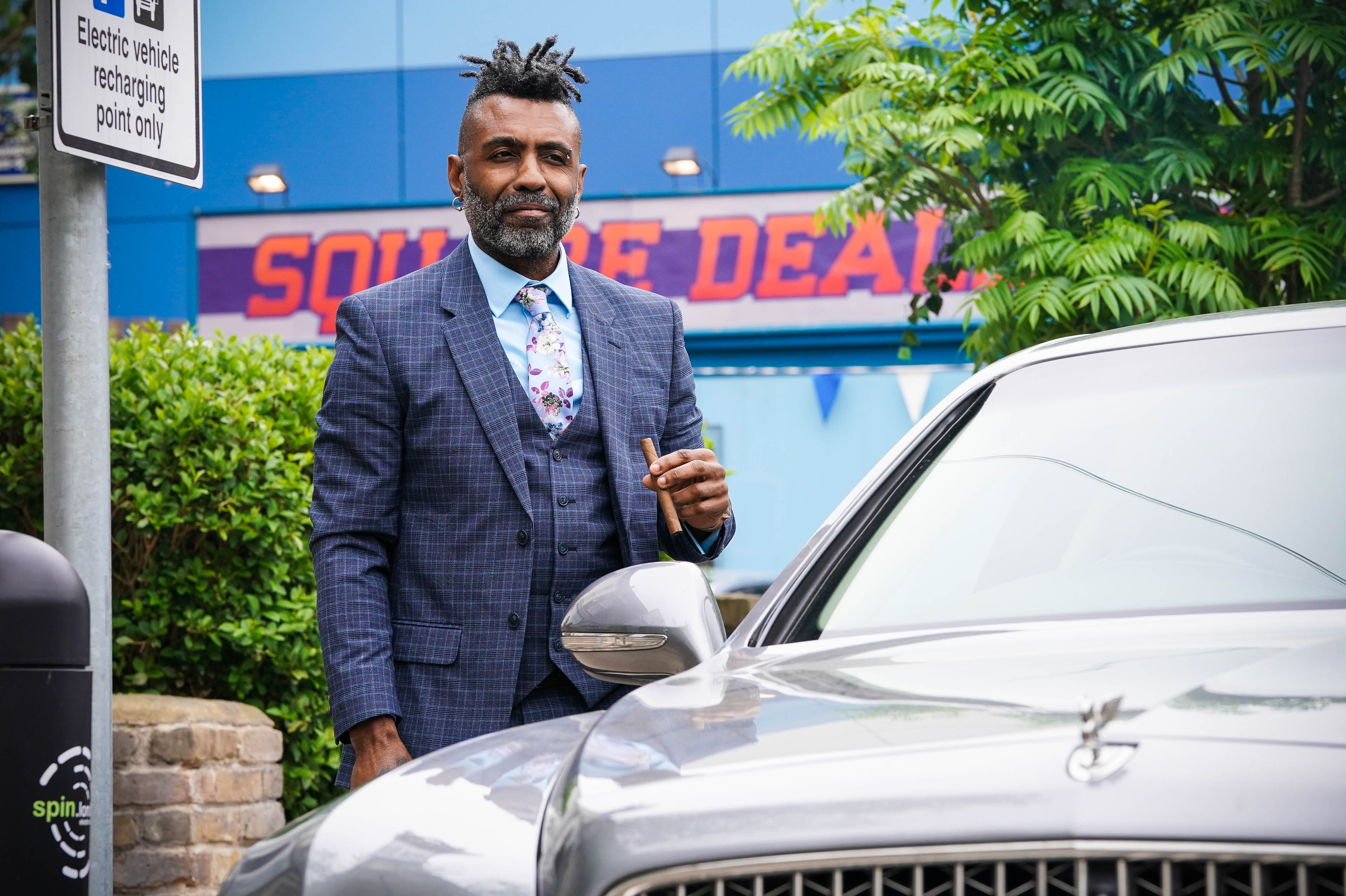 A new character will roll up to Albert Square in a flashy car and three-piece suit in tonight’s episode of EastEnders and put other residents on edge.

If you haven’t already binged this week’s boxset, tonight will be Mitch Baker’s (Roger Griffiths) birthday, and it’s set to be a memorable one as newcomer Avery Baker shows up in Walford to see him.

Griffiths said that Mitch and Avery have a ‘love hate relationship’. Sounds intriguing.

But who is Avery Baker – and what do you need to know about the actor playing him?

Who is Avery Baker?

If you hadn’t made the connection just yet, Avery is part of the Baker family and is Mitch’s brother in the soap.

Set to always be on the verge of causing trouble, he couldn’t be more different to Mitch and his arrival in Walford will ’cause heads to turn’, according to Omar’s website.

‘Felix and Finlay are two very different firecrackers and, yes, these brothers fall out, take the mick and challenge each other, but none of that compares to their unswerving love and loyalty they have for one another.

‘They may be charming young men, full of sass, swagger and strength but these brothers are Bakers and, like their father, Avery, have their own unique way of surviving.

‘Omar, Matthew and Ashley all bring star quality to EastEnders and we’re excited to see them bring Avery, Felix and Finlay to life.

‘The Baker family are the just the start of some new faces landing in Walford later this year – so watch this space.’

Avery is played by a British musician-turned-actor Omar Lye-Fook – who has a long and impressive set of tracks and collabs.

One of the 53-year-old’s most popular soul tunes is There’s Nothing Like This, which caught the attention of music legend Stevie Wonder and saw them produce a track together and perform at BST Hyde Park in 2016.

The song was also featured in two episodes of EastEnders – in June and October of 2000.

In 2012, Omar was awarded an MBE for ‘services to the British music industry’.

Music runs in the family, with father Byron working as a drummer with the likes of Bob Marley and The Rolling Stones, his brother a Grammy-winning producer, and his sister a BRIT School alumna.

While he will no doubt still be fixed on his music career, Omar will be focused on the Albert Square drama for the foreseeable future.