It’s never too early to start planning your viewing habits for the fall TV season (and get a jump on any new DVR conflicts!), so TVLine as is tradition is compiling a day-by-day, hour-by-hour grid of the primetime schedules for each broadcast network — and this year, it looks pretty normal! Whew.


NBC, Fox, ABC and CBS have thus far unveiled their schedules, to be followed by  The CW (on Tuesday, May 25).

• MIDSEASON LAUNCHES for each network, as announced, are listed beneath the grid.

• Your eyes are not fooling you — there is now a Saturday line for The CW!

• Want scoop on any of these shows? It’s never too early to ask! (Except when it is.) Email [email protected] and your question may be answered via Matt’s Inside Line. 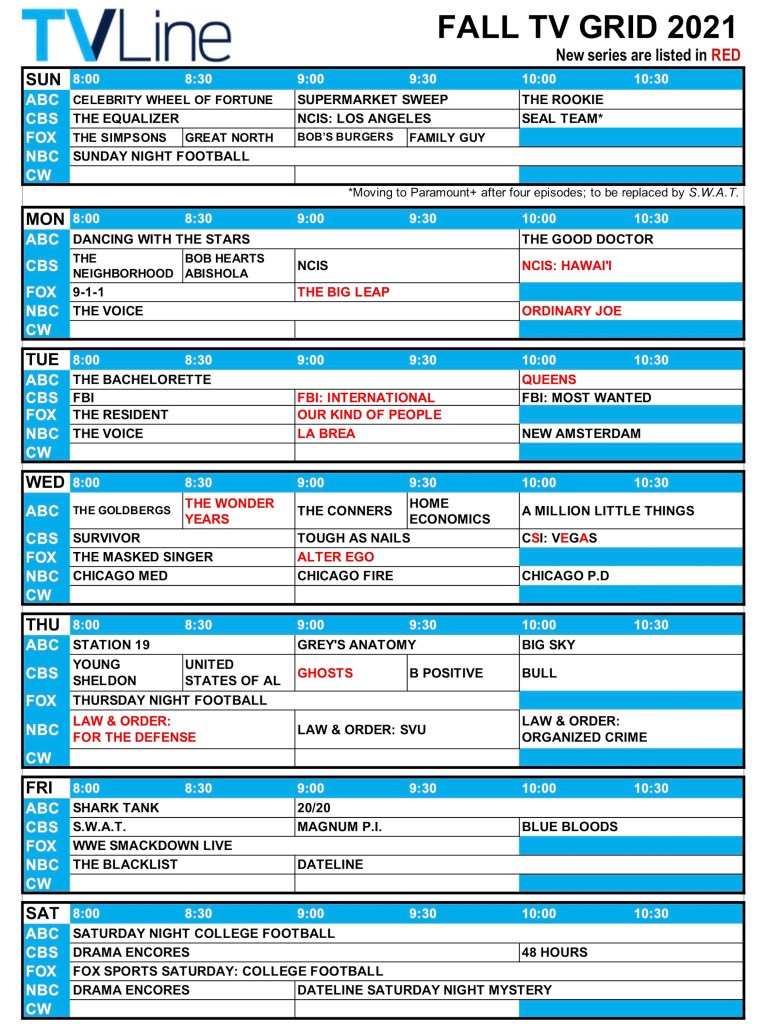