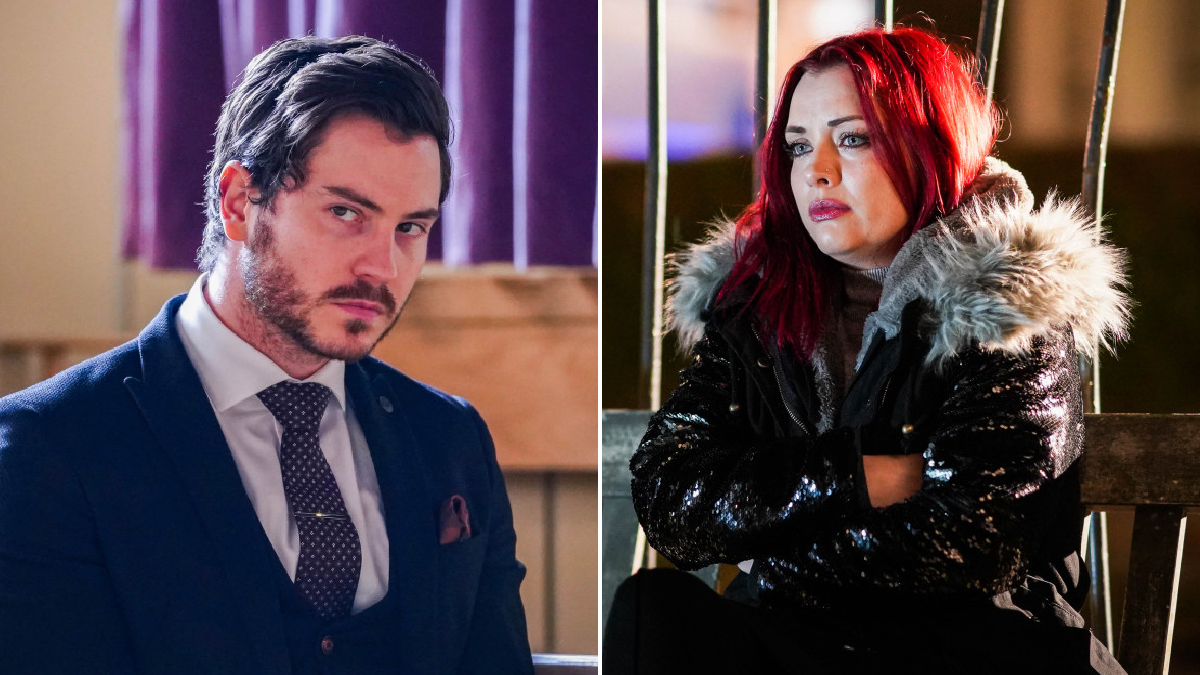 Ghastly EastEnders villain Gray Atkins (Toby-Alexander Smith) has once again exerted his control over Whitney Dean (Shona McGarty) by preventing her from attending the funeral of her partner Kush Kazemi (Davood Ghadami).

Whit is currently grieving following the untimely death of Kush under a Tube train but is unaware that it was Gray who pushed him from the Underground platform.

Having planned a future with the market-stall holder, Whitney was intent on accompanying Kush’s body to Dubai, which is where his mum Carmel now lives.

But a last-minute complication came in Friday’s episode when Whitney dropped in to No 1 Albert Square to check with Gray that he’d be OK with the kids while she was away.

Feigning interest in her overseas trip, Gray pointed out that Whit needed at least six months on her passport to get into Dubai, but that three only had three.

Viewers then saw Whitney inform Sonia (Natalie Cassidy) over the phone that she and Martin (James Bye) would have to make the journey without her.

So rather than give Kush a final send-off, Whitney will instead be back on childminding duties for Gray, who has once again ensured that she’s tethered to the Square.

The scheming lawyer has so far outsmarted all his neighbours after covering up a catalogue of crimes, having been responsible not just for the demise of Kush, but also wife Chantelle and Tina Carter.

And with no word yet on how long his reign of terror will last, let’s hope that Whitney sees the light before she ends up going the same way…

EastEnders continues Monday May 10 at 8pm on BBC One.