Escape to the Chateau: Dick and Angel praise DIY project

Dick Strawbridge and his wife Angel Adoree bought their dream home in France almost five years ago. Since then, viewers have been able to watch the couple transform Château de la Motte-Husson on the Channel 4 series, Escape to the Chateau. Despite stumbling across a few hurdles along the way Dick and Angel have slowly built their family the home they always wanted. Fans have been able to watch the hit programme in the UK, however, Dick has recently revealed why the series will never air abroad.

In an interview with The Telegraph, the husband and wife admitted that they hate being seen as a “celebrity” couple.

They went on to add the reason their show won’t appear on French television is that they want their lives to remain as private as they possibly can.

“We are very normal and that’s the secret people can see themselves in us,” Dick told the publication.

“Viewers can see our relationship reflected in their own lives. We are definitely not a celebrity couple in our world. My mum would clip my ear if I acted like a bloody idiot.” 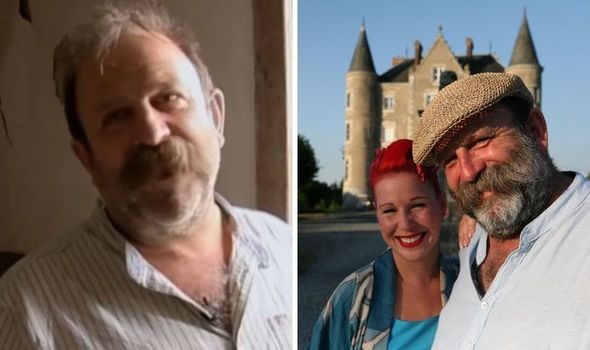 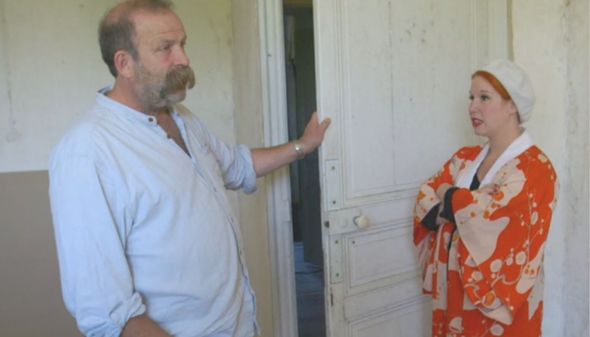 It took and Dick and Angel four years and several trips to France before they finally fell in love with Chateau de la Motte Husson – which they decided to buy within an hour of viewing it.

The duo revealed they had big plans for the Chateau after admitting they wanted to turn it into a business, which would go on to sustain their simplistic lifestyle.

During their property search, they initially thought their budget of £300,000 would buy them a small country cottage in the French countryside.

Although, because French property prices were so much lower than they thought the couple was able to get a lot more for their money. 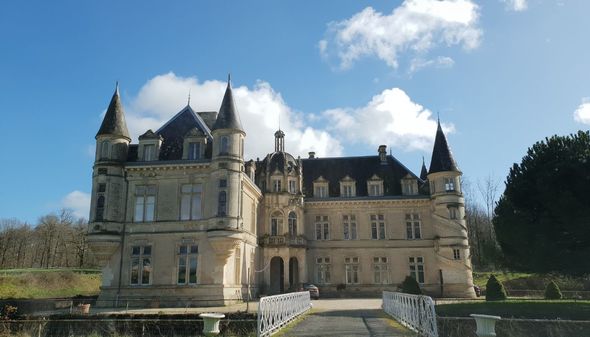 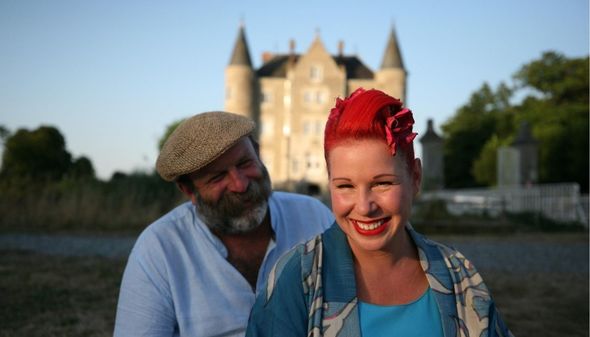 For that price, the couple got a 45-room Chateau, set over five floors. The property also came with 20 acres of land, a walled garden and an orangery.

During the first series of the Channel 4 programme, the couple soon realised it was going to be much harder than they thought.

They had initially set themselves a budget of £20,000 to spend on the renovations, although the plumbing and heating alone set them back £18,000.

The latest instalment of Escape to the Chateau followed the couple as they continued with renovations on the chateau grounds.

The developments included building a small pool and shower room for guests staying on the boat and refurbishing the roof of the Orangery.

While Escape to the Chateau is not currently on air, Dick and Angel are back on Thursday nights for the second series of their Make Do and Mend show.

The programme helps viewers with their DIY and Design woes and have begun the search for people to help out.

The latest episode saw them helping Kate and Erik to restore their 150-year-old sash window and transform their small landing into a beautiful space.

Elsewhere, one guest told Dick and Angel they wanted to bring some of their loved ones, who have since passed, back into their lives.

They added there had been a piano that all generations had enjoyed using.

After hearing this, Angel told Dick: “This is a bit of me because it excites me.”

“And if you need a hand building anything, I am here,” Dick replied.

As she began voicing her idea aloud, her husband said: “Shush, I don’t need to know because I’m going to get a headache thinking about where you’re going with this. I can just see a full production.”

But Angel soon came up with some creative ideas which the guest ended up loving.

Escape to the Chateau is available to catch up on 4OD now.