Last night’s dramatic instalment of the long-running ITV soap saw DI Malone (played by Mark Womack) threaten Dawn Taylor (Olivia Bromley). He produced a packed of heroine and told her to take an overdose as revenge for trying to come between him and Harriet Finch (Katherine Dow Blyton). Emmerdale resident Dawn has struggled with drugs in the past and the showdown was particularly horrifying for her.

As Dawn thought about taking her own life with the heroine overdose, the pair were interrupted by Harriet.

The vicar had gone looking for Dawn when she failed to show up at the Woolpack and found Malone holding a gun to try and convince the addict to take the drugs.

Harriet whacked her lover and the bent copper over the head leaving him lying lifeless on the floor.

Viewers were left horrified by the confrontation and took to Twitter to complain despite ITV giving a warning about the scenes which would be shown. 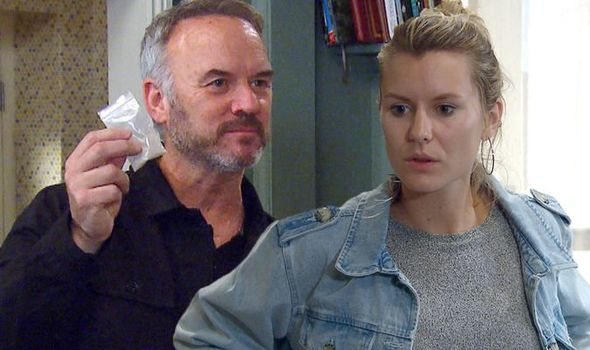 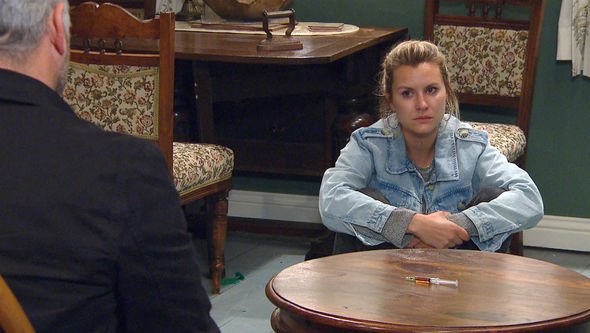 ITV warned there would be “cruel words and threats” in Monday night’s episode but viewers were not satisfied.

“Standards on #Emmerdale have plummeted beyond belief,” one viewer tweeted.

“Bent copper violence seen and implied threats of blackmail drugs on show threatening behaviour with a gun and all way way before the watershed. Someone needs a rethink on these scripts.”

“Tonight’s episode of @emmerdale is beyond disturbing,” a second shared. 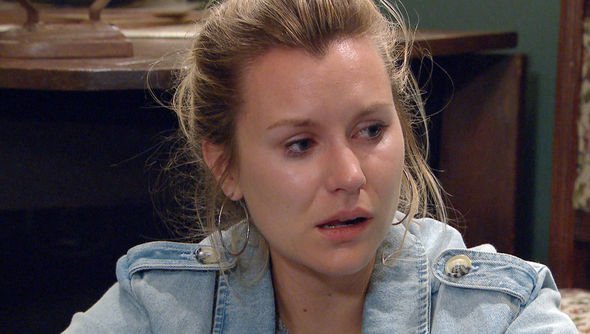 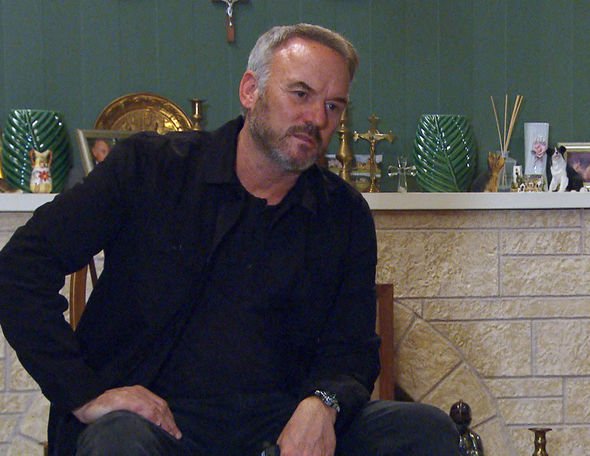 “How this isn’t on after the watershed, I will not know… @Ofcom @ITV.”

A third continued: “Emmerdale should be ashamed of themselves putting scenes out like the Dawn and Malone row at 7pm with young children watching.

“Absolutely appalling, waving a gun around, heroin in a syringe, violence to a woman? Wow just vile #emmerdale #ITV.”

Someone else posted: “Sorry, @Emmerdale but your “cruel words and threats” advisory was completely insufficient for that disturbing episode – including firearms – aired well before the #watershed. @ITV @Ofcom.”

Express.co.uk has contacted a representative for Emmerdale for comment.

It’s not yet known if Malone is dead after Harriet hit him over the head but actor Mark has hinted it could be the end of his character.

Speaking to the Daily Star, he teased: “Whatever it is, there should be some kind of repercussion.

“Whenever you play a part, you have to find the redeemable qualities in the character for yourself and it’s been quite hard with Malone.

“But there’s definitely got to be some sort of repercussions.”

Defending the showdown with the syringe of heroine, Mark added: “he whole syringe thing was born out of the fact we weren’t allowed any visible contact.

“And in my opinion, it’s much stronger and much darker, and it’s much more interesting, more psychological and cruel, in a way.”

Emmerdale airs Monday, Wednesday and Friday on ITV at 7pm.