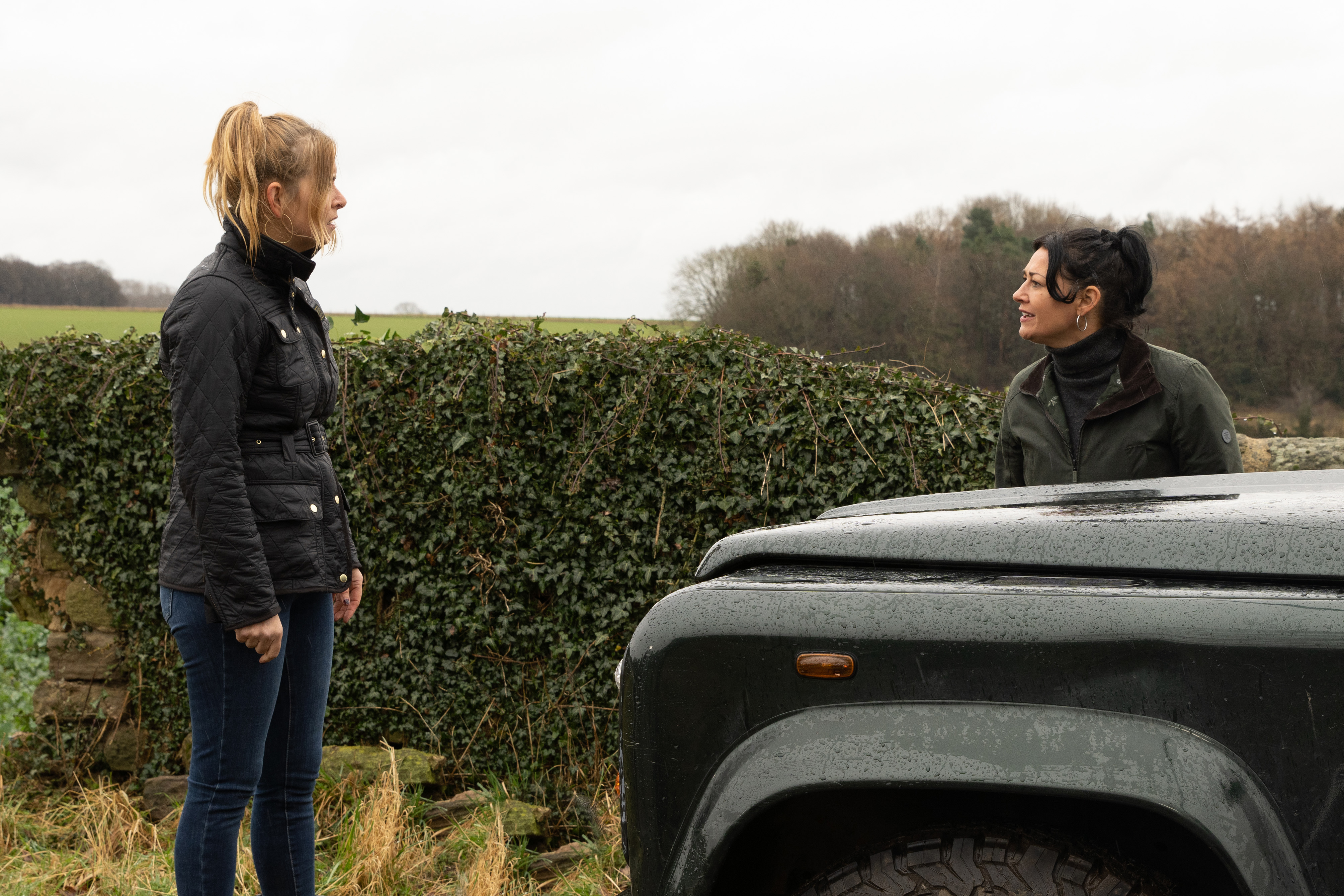 In upcoming episodes of Emmerdale Moira (Natalie J. Robb) is fuming that Mack (Lawrence Robb) has left the village – and she’s in no doubt who’s to blame – Charity Dingle (Emma Atkins).

‘She’s only just got her brother back after missing out on so many years with him and now he’s talking about moving much further away, so that’s really worrying for her,’ Natalie J. Robb explains.

‘At first she encouraged Charity’s relationship with her brother because she thinks she’s seen a different side to her and then realises – no. She’s very upset.’

Moira is enraged to see that Mack has only been gone for a short time and Charity has started flirting with the drayman.

‘She just can’t believe how fickle she is, and making out that she had these feelings for Mack when she didn’t,’ says Natalie.

Then Moira finds out that Vanessa (Michelle Hardwick) and Charity almost kissed, as Natalie explains: ‘Paddy overhears me questioning Charity about flirting with the drayman. He misunderstands it and assumes it’s about the near-kiss.

‘So I then question Paddy and go into Moira mode and say “We’re going to fall out if you don’t tell me” and he tells me and I run off with the information.’

This leads to Moira cooking up a scheme to get revenge on Charity. She tells her that she’s going to drive her to visit Mack.

‘She knows what she’s going to do,’ Natalie says. ‘She actually copies what Cain (Jeff Hordley) did before with somebody else, when he was going to drop them off and leave them there.

‘She knows that Charity’s very, very resourceful, but Moira’s naughty and takes her bag from her and pretends to put it in the back of the Jeep while Charity’s getting in the passenger seat but actually I just drop it outside.

‘She doesn’t have a phone or a bag or money. Vanessa spots that but we drive off before she can stop us.’

In the middle of nowhere, Moira gets Charity to get out of the car. ‘I make out I’ve hit something with the car and ask her to check it and go under the car, and I put my foot on her chest and trap her,’ reveals Natalie.

‘Then I say, “I know the reason why Mack left and it’s not because you sacked him, it’s because you had a near-kiss with Vanessa.”’

Natalie has really enjoyed filming these scenes and letting Moira’s evil side run loose. ‘It’s actually quite light and funny and the dialogue’s really good and it was good fun to work with Emma again,’ she says. ‘It is a fun thing and it’s quite nice that they make it a little bit fun that they’ve got this relationship and it shows the different sides of the characters. It is quite funny. I think the audience will enjoy it.

‘It’s nice to have a lighter side to your character as well. And also she’s a Dingle now, so she might be a bit Dinglefied! But she’s very protective of her brother so that’s the main reason why she’s doing it.’

And she warns that Moira isn’t likely to go easy on Charity any time soon: ‘She’s had a warning now, so she knows it’s not going to be an easy ride even if she does get Mackenzie back.’