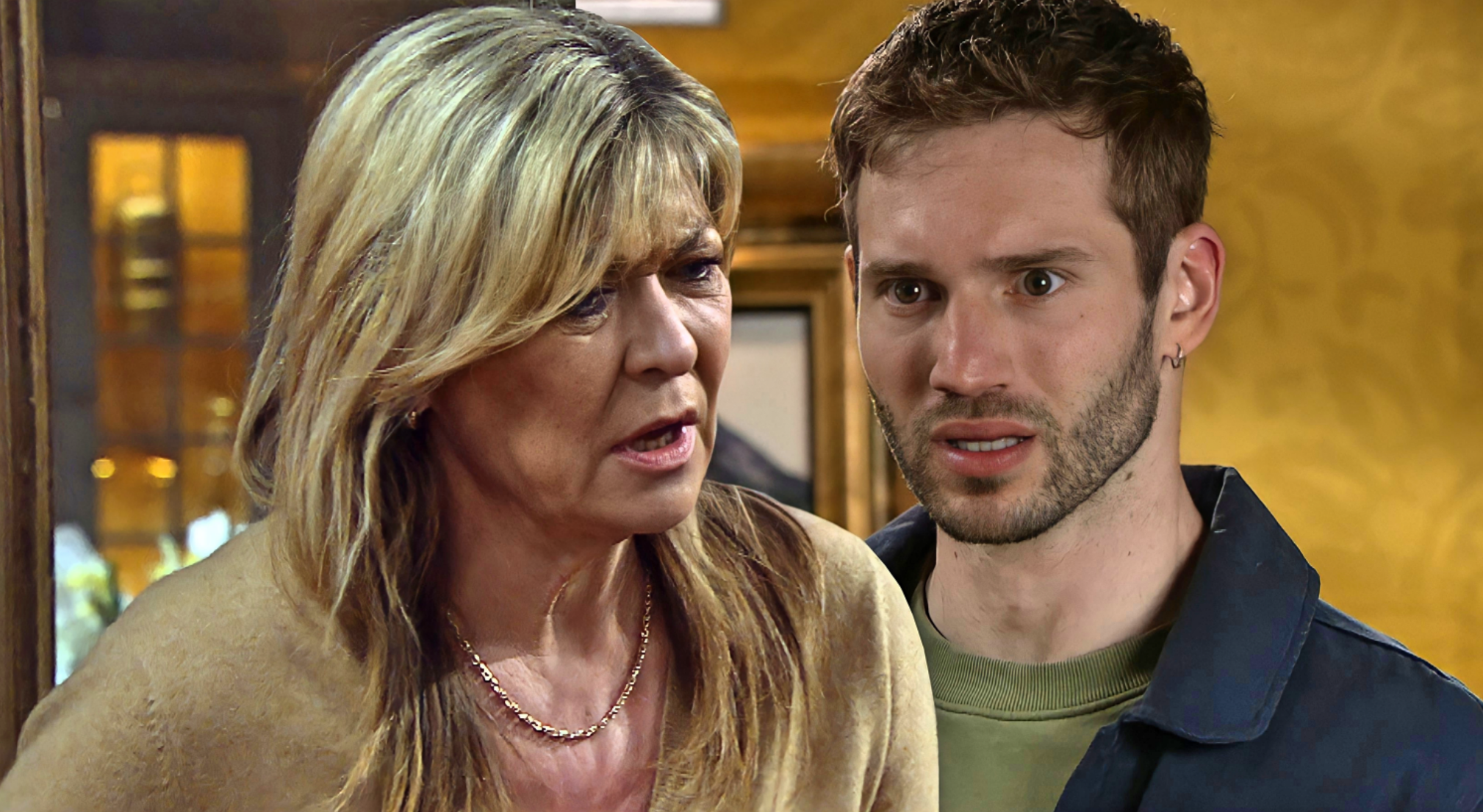 The stalwart of the ITV soap has suspected one of her nearest and dearest of poisoning her, after she discovered her brandy was being drugged by an unknown assailant.

She installed a hidden camera in the hopes of catching the mystery poisoner in the act, but things take an interesting turn next week, when Noah Dingle (Jack Downham) finds diazepam in Will Taylor’s (Dean Andrews) toolbox!

Jamie (Alexander Lincoln) gets wind of this, and manages to snap photographic evidence, which he later relays to Kim.

‘Kim is absolutely heartbroken,’ actress Claire King told Metro.co.uk, ‘because she does have feelings for Will.

‘They get on! He’s a straight talker, she thought he’s completely honest [with her].

‘He’s shown that he has feelings for her as well and, and she just, she’s absolutely gutted again to think that another man that she could possibly have fallen in love with could be actually a traitor, and is trying to kill her.’

Kim, believing that Will is the one who’s been drugging her, swiftly sets in motion a plan to destroy him, and Jamie offers her assistance.

‘She makes an excuse. She says her oven has been broken by Noah when he was trying to fix it,’ Claire told us. ‘She’s all dressed up to the nines to try and seduce Will. And Jamie’s watching everything from the HOP office on Kim cam.

‘The idea is to get will somehow to poison Kim’s drink, and then get him arrested, and the job sorted.’

A great plan? In theory, yes. That is, however, until Jamie’s watchful eye is diverted elsewhere when he receives a call from Dawn. And shocking scenes ensue.

‘Jamie gets a call after Dawn has interrupted him at the office,’ said Claire, ‘and everything’s going well as far as Jamie is concerned.

‘But the next thing, Jamie gets is a call saying from the police saying that his mother has collapsed! She’s on the floor and when he gets back to Home Farm he sees Will being arrested, and Kim sparked out.

Yes, Jamie is utterly horrified, as he sees Kim’s lifeless body on the floor, as a body bag is unzipped nearby!

Is this really the end of the icon that is Kim Tate? If so, Emmerdale will never be the same again.

Emmerdale airs these scenes from Sunday June 20 at 7pm on ITV. Alternatively, these episodes will be available to stream on ITV Hub in the form of a boxset from Monday June 21.